You on Lifetime: Watch it, then read the book

You on lifetime this fall, based on the best selling book you also need to read… 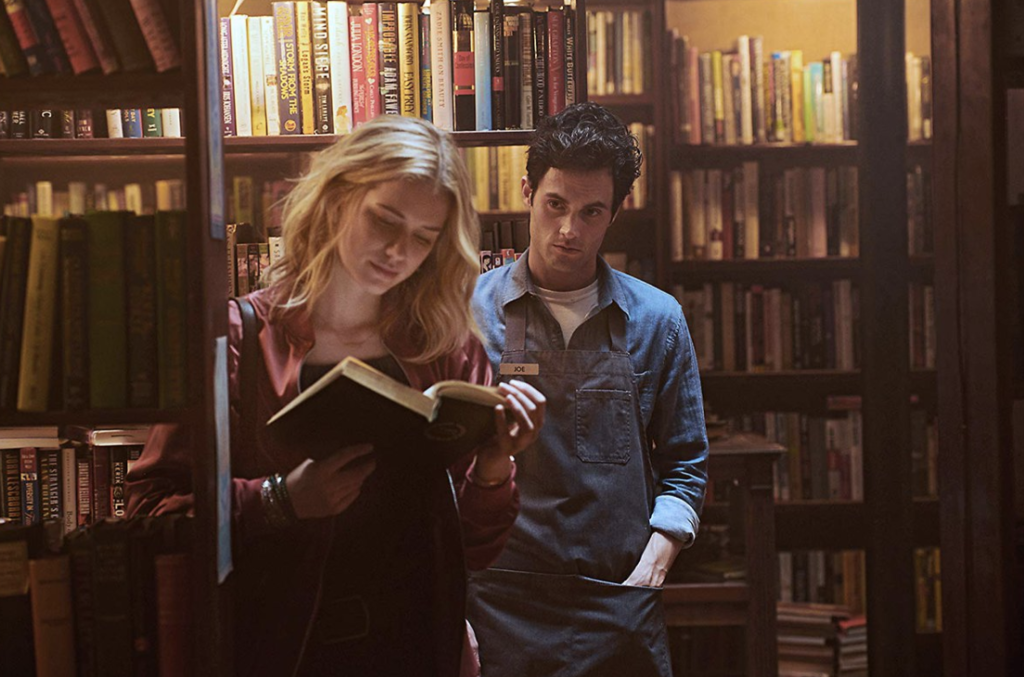 The female mystery writer has been on the rise for a while. Years earlier she reigned supreme when Patricia Cornwell became the highest paid mystery writer in the country. Later, the success of Gillian Flynn’s Gone Girl, both in book and movie form, followed by Paula Hawkin’s Girl on the Train catapulted the female driven thriller into one of the most powerful pieces of today’s culture. And this was followed by many more. Including 2014’s You, brilliantly conceived and written by Caroline Kepnes. Kepnes debut book, which also has a sequel, Hidden Bodies is now following in the footsteps of those before it and heading to the screen. The small screen. Based on the best selling thriller, You on Lifetime channel debuted this past Sunday.

The series is highly anticipated among lovers of the book who are eager to see their characters hit the screen. Namely, Joe Goldberg, the main narrator played by Gossip Girl’s Penn Badgley. The book follows Joe, a protagonist with a killer charm whom you can’t help but like, despite many of the not so likable things he does. He’s part Holden Caulfield, mixed with a little Larry David, and Dexter. When Joe falls in love with Beck, it’s your classic New York City love story. Mixed in with obsession and stalking. Lots of New York City love stories start with a chance meeting; something so many dream about. But in this case, chance might not be so destined after all.

From the moment Joe meets his love interest, his obsession begins to evolve. Something in real life any woman would run from if he she knew about it. Just like in the captivating book, You on Lifetime gives us a fresh take on what isn’t necessarily a new story in the thriller category. But what makes this psychological thriller, stalker story different is we have a front row seat right inside Joe’s head. We hear his inner most thoughts. Everything from how he feels about Beck, to what he thinks her Instagram says about her, to daily observations on his surroundings. It’s all there for us to take in.

In the book, Kepnes writes Joe in such a way that even his darkest moments, you somehow wind up feeling for him. Even excusing away some of his outlandish activities. But why is it exactly that we do like Joe? Is it just the apathetic attractiveness of the character on the page. Is it that sub conscious desire all young women seem to go through where coveting the bad boy seems like the only possible option. Or is that somehow, even through the most incredulous acts, part of what he goes through feels relatable in some way.

You on lifetime takes the idea that we could be charmed by a bad boy, or even a villain, and takes it to the next level. Maybe it’s being able to match a character to a face, or the fact that we can hear Joe saying these thoughts instead of reading them in our own voice. Either way, it delivers by taking the book’s words to the next level.

Reading a book before we watch the show, or movie is normal habit these days. With shows like Little Big Lies, and Sharp Objects also coming out of best selling thrillers, it’s easy to get sucked into the pages. Then, eagerly await how it will play out with real actors. In this case, if you haven’t read the book yet, it would be highly recommended to do so. True, it might spoil a lot of what you’ll see on the show. If you want to be surprised, then read the book after You on Lifetimes finishes its first season. It’s so good its worth reliving the story all over again on paper. And it’s so engrossing you can finish it in one weekend.

And watch You on Lifetime, Sundays at 10 pm.