When the Going gets Tux, the Tux gets going

It’s certainly not the first time you’ve heard me wax poetic on some random outfit or trend I decided to take on. Maybe I’m in the wrong era, maybe my trendar was off by a few years, that was met with some jeers and sighs. I’ve talked about white sunglasses, key necklaces, and so on, and now I’m met with another flashback. A time in 2009, when I went out for drinks at Apotheke for a birthday party on Saturday night. I strolled in wearing black, tight skinny  jeans, a white oversized sleeveless Tuxedo top, and a black skinny tie. “What the hell are you wearing”, one friend chuckled. ‘What, I love this tie!!”

A few ‘Oh, B”s, and eye rolls later my look was not one that was to be easily embraced. But I continued on, later wearing a outfit that garnered the question from my boss ‘will you be our server tonight?’. I was wearing black pants, a ruffled white top, and a black bow tie at the collar. Apparently, I looked like a waiter to someone that was supposedly a high level fashion executive. I brushed it off again. Mind you, this was the same job that to my interview I wore a gray tweed dress w/ a maroon red tie. I got the job.

And now we come to today. Drew Barrymore was seen everywhere last summer rocking bowties. Feminine menswear started to rule the runway. And kind of still does, in different visual ways. As per usual certain things I wore that caused such a stir in my own circle, were now socially acceptable, allowing me to wear them without any laughs or eye rolls anymore. But now that they were cool, did I still even want to rock them?

The idea of feminine menswear has taken on a lot of forms. It started with Katherine Hepburn, and really began it’s transformation in the 70’s with Diane Keaton in Annie Hall rocking long white shirts, black vest, and skinny ties, with khakis. This was a major inspiration for me.

As much as I hate to blend in with the trend, especially now that it’s so huge, I can’t deny my perpetual love for this look. I still wear ties all the time, and I love my little black bow tie. About ten years ago I bought a vintage pink clip on bow-tie from an amazing vintage store in New York and I still wear it all time. But usually, it’s as a necklace attached to a long silver chain.

This piece of jewelry used to cause comments, but lately it doesn’t stir the pot as much anymore, now that the genre has become saturated. Maybe I’ll start clipping it onto some white shirts, just to see if anyone is still paying attention.

I also recently came across this amazing booth at the Brooklyn Flea where a colorful rainbow of handmade bow-ties hung from a rack. I perused them with the same vigor of an elegant dress, touching all the materials, flannel, satin, and instantly fell in love. The two most adorable guys, decked in their best bow-ties, dress shirts and blazers greeted me, and I fell even deeper.  As the booths closed down, I realized I had to leave, but I’ve been obsessing ever since, and dying to get my hands on one of these bow-ties, so much so that I’ve already begun planning the outfit AROUND the tie. Now, that’s what I call love. And unlike a man, I CAN commit to this look. 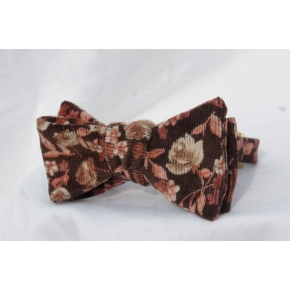 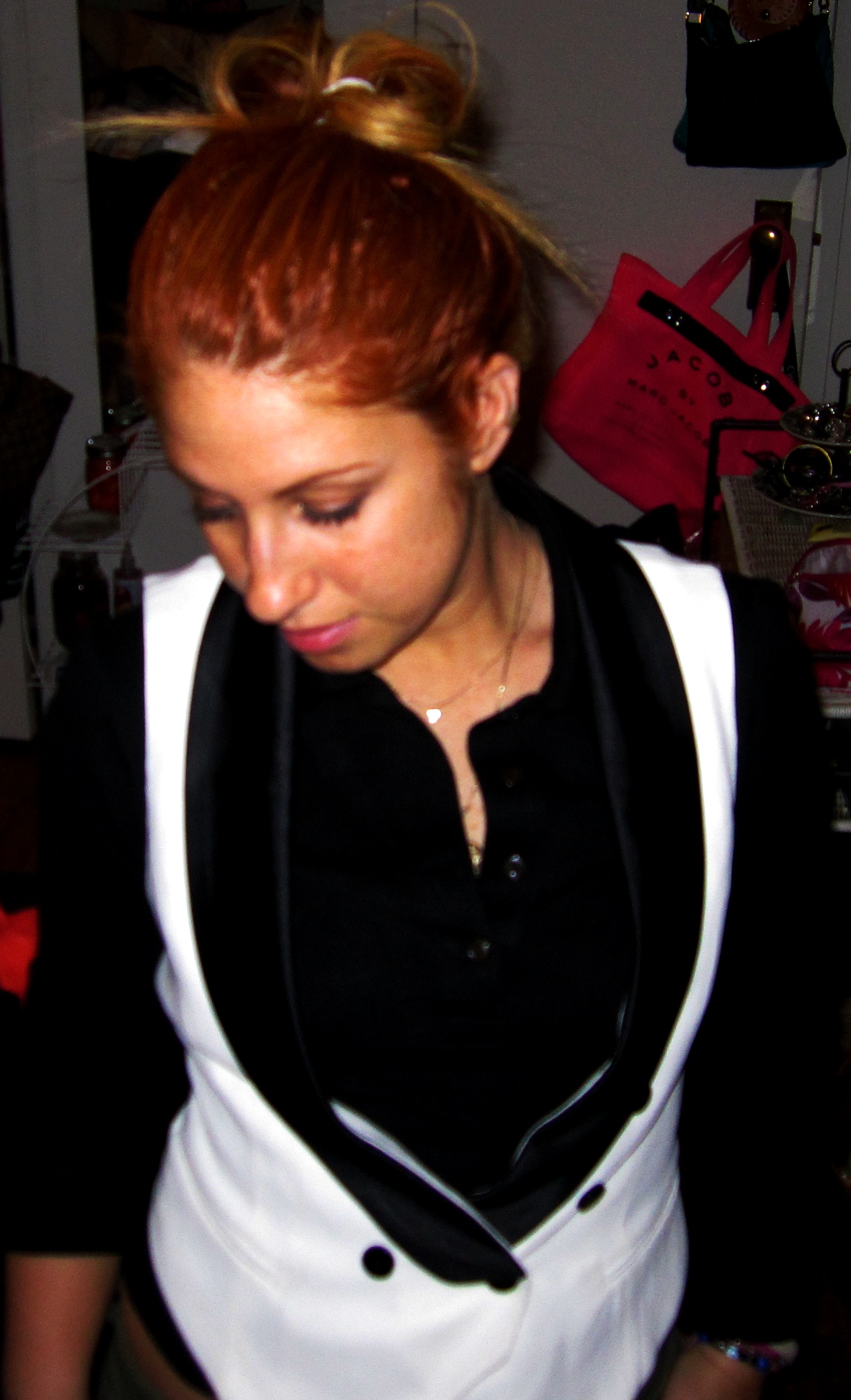 Even Nails are getting tuxer…. 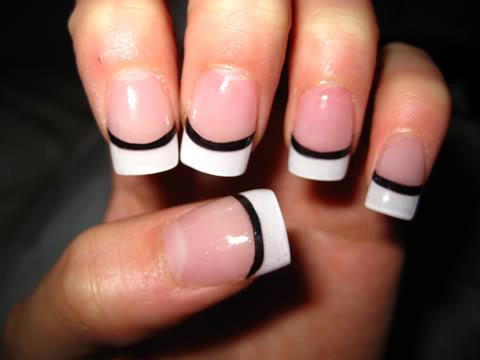 I want to get the manicure done, I love it!! 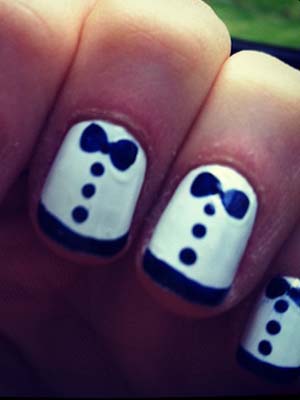 And for another way to do this yourself on a budget check out thebudgetbabe.com 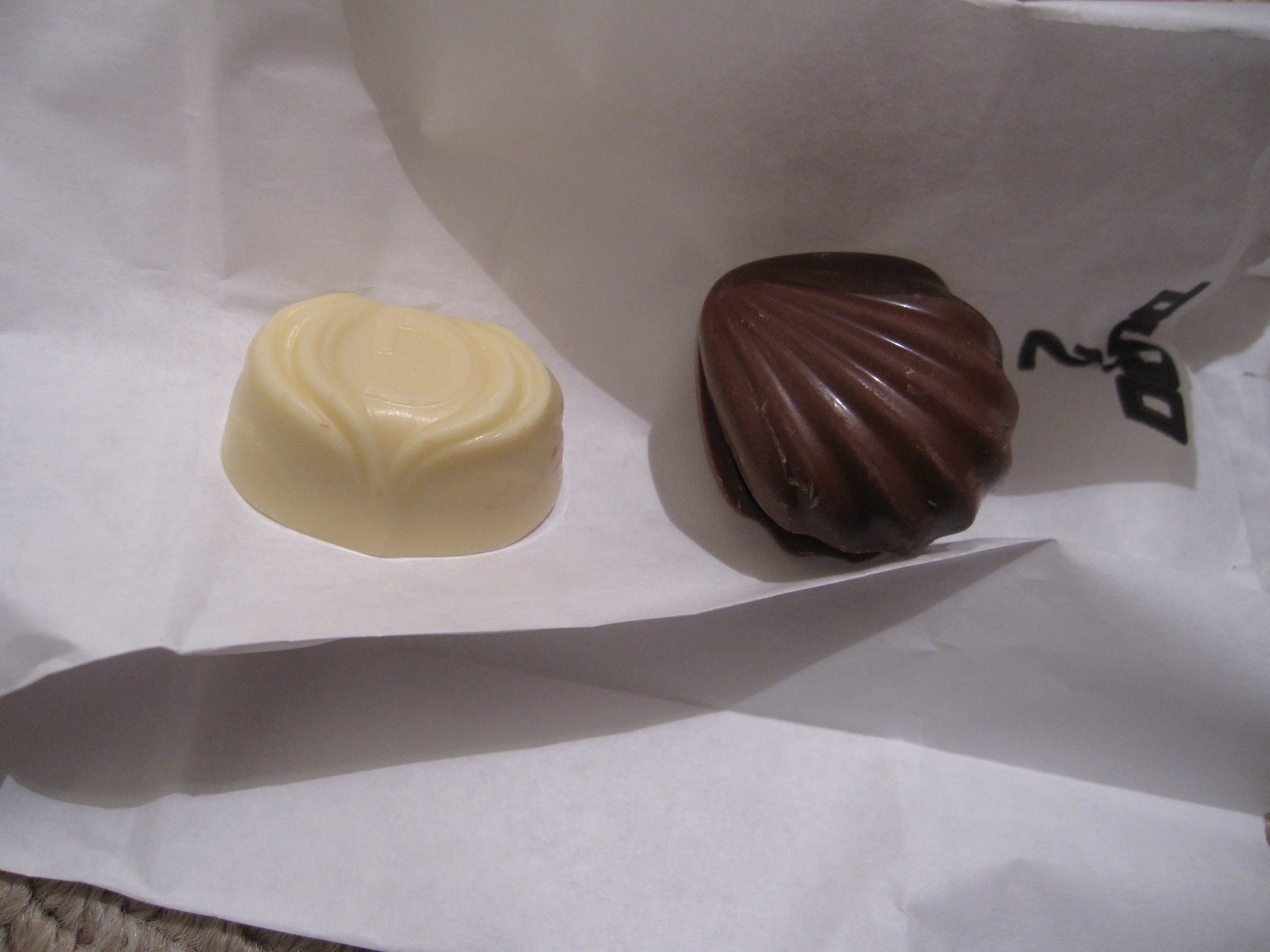 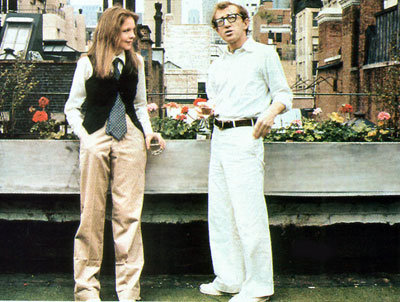