It’s almost the weekend again, and another summer week has flown by! It was only a few days ago I was heading out to east to spend the weekend with Womens Health Magazine and the Feed Foundation. A day of wellness with the magazine that included VP Laura Frerer-Schmidt, Editor in Chief Amy Laird, and Beth Brenner, CRO at partner, Domino magazine. The day began at the first official Well-Thy house followed by a fun filled night with Feed celebrating under the stars.

The morning festivities started with yoga on the roof, taught by celebrity wellness and fitness expert Mandy Ingber. That was followed immediately by an Owls Brew mocktail because nobody’s perfect. 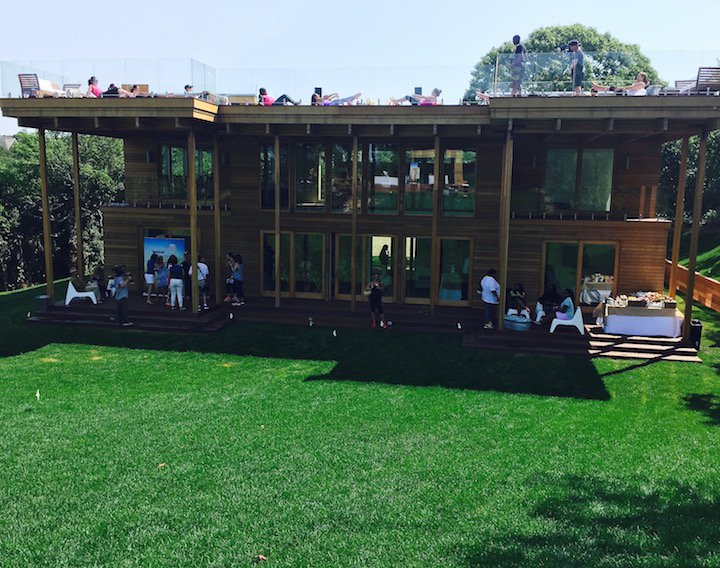 Nursing a fresh blowout I remained plain and boring, but GlamSquad was on hand to liven things up in the hair department. My partner in crime for the day took full advantage getting a wraparound braid done early on in the morning. It would go on to be the hit of the day; starting conversations from the moment it was conceived. The wearer loved every minute of it. and I loved watching it. Glamsquad could not ask for a better advertisement than that. 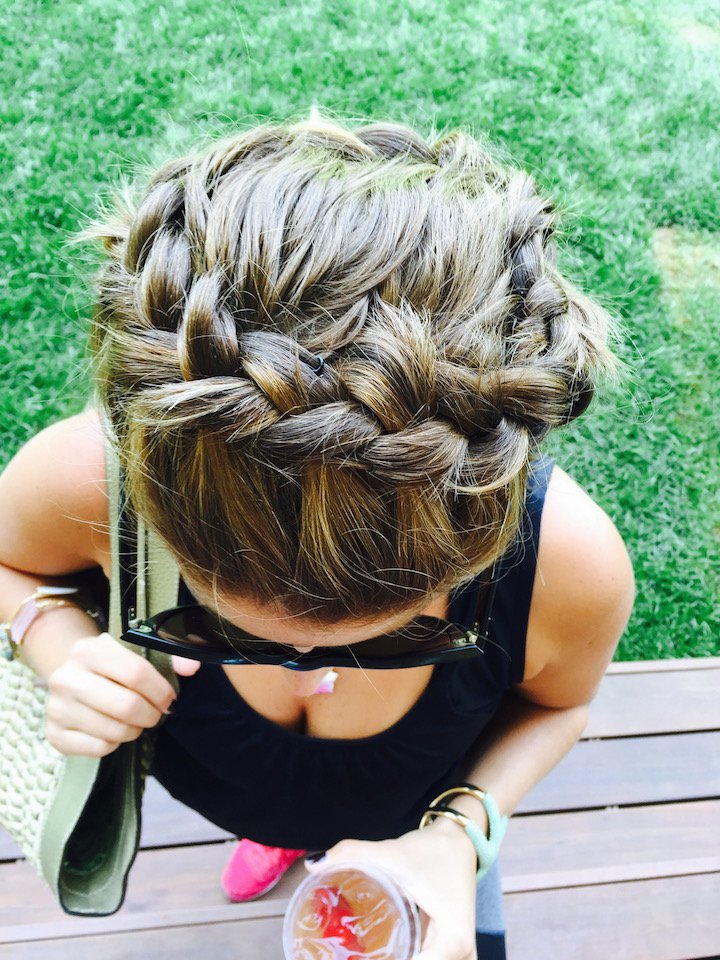 Moving up the hill, literally, we sat infront of a picturesque pool house while nutrionist Keri Glassman taught us about healthy eating. We were treated to ideas, and clean eating tips, which even included trying 3 small sampler recipes. They were not just delicious, but the color and vibrancy of the plates was something that could not be overlooked. Check out Keri’s recipes here. 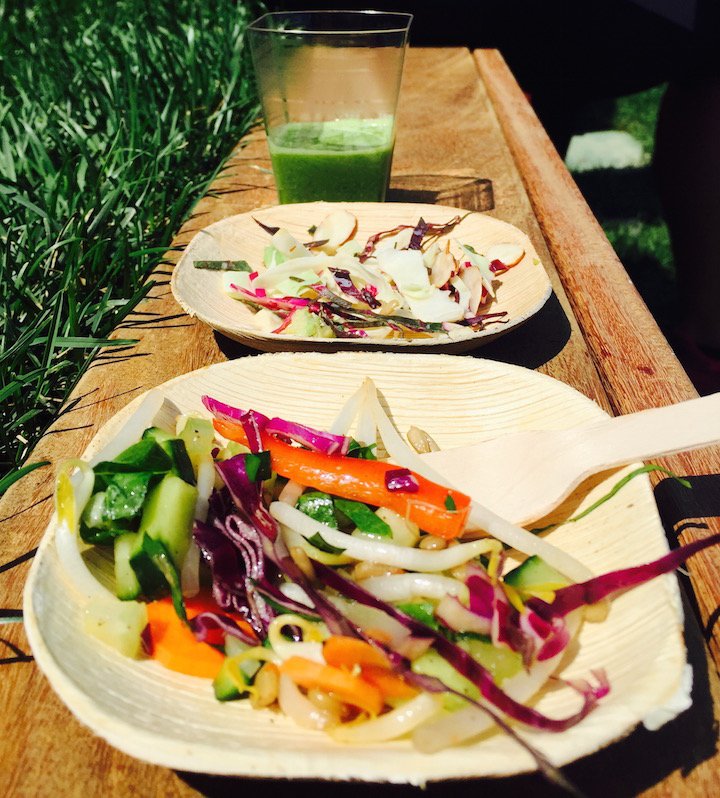 The final sample was a green shot. I’m not quite sure what was in it, but it was delicious, light and perfect to complete the previous salads. Plus, it matched my nails. 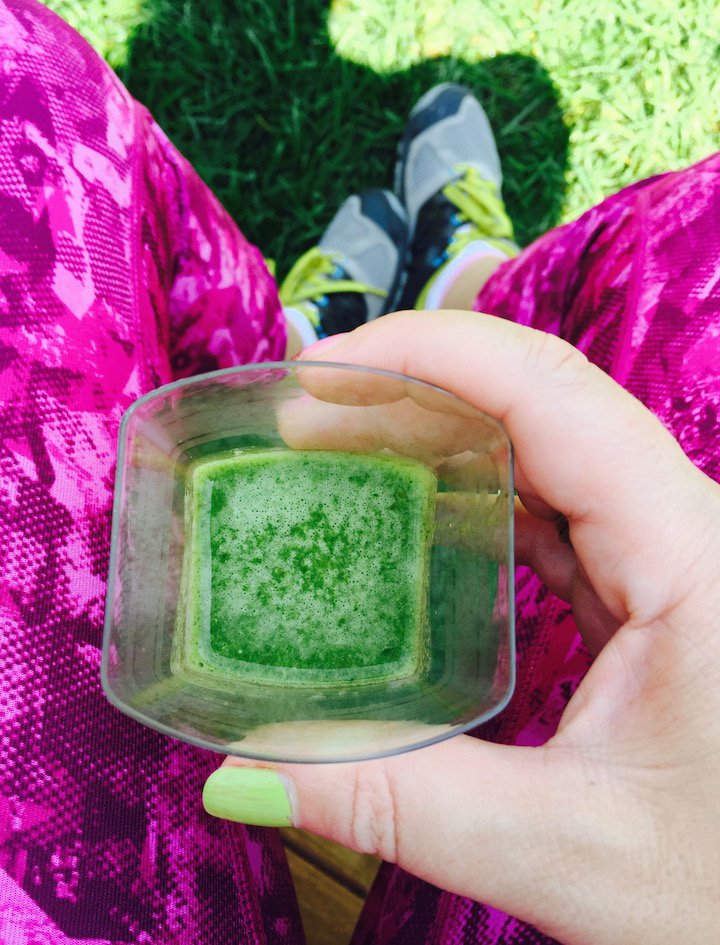 Our chat on cleansing and healthy habits was followed by a 30 min booty blast with Heidi Powell from ABC’s Extreme Weight Loss. Teamed up with a partner, we worked in sets, completing various challenges that included holding a plank while our partner completed 3 rounds of 10 squats. What began as awesome became difficult quickly, ending in a complete rush to a shady spot. The intense, quick workout, which Heidi urged us all to continue at home, was something I can definitely see being able to continue. INDOORS, that is, after leaving that gorgeous, picturesque, and scorching hot hilltop. Get the full workout routine here. 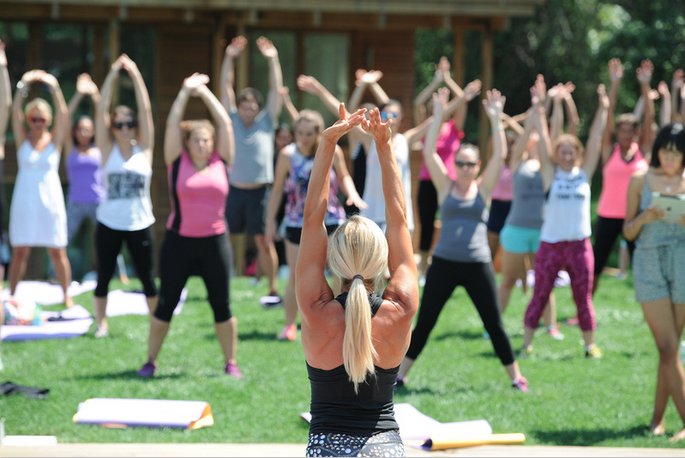 A food demo by chef Greg Frey Jr, Exeuctive chef at Golden Door, was followed by a farm to table lunch that included chicken, salads, and an amazing beet tart that I need to try and replicate. 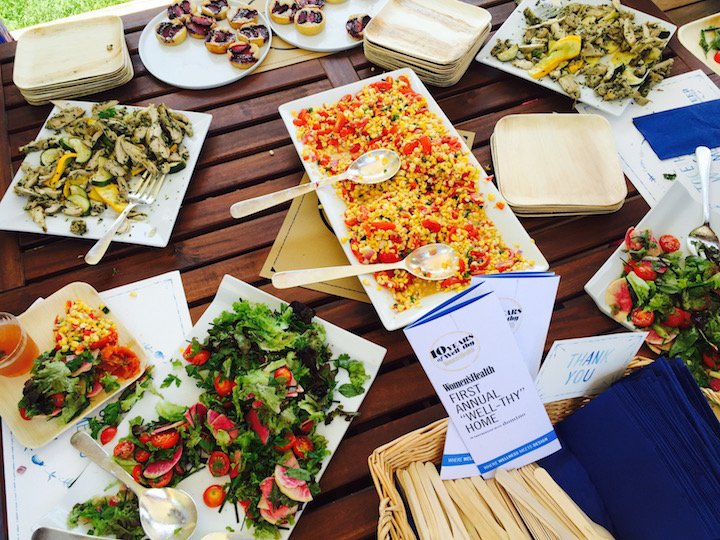 The Feed foundation is an amazing organization started by Lauren Bush Lauren, who wound up suprising everyone at the end of the afternoon with an appearance. Feed has teamed up with Womens Health on the Run 10 Feed 10; a 10k aimed at providing up to 10 million dollars in meals across the world. Learn more and register for the run on September 20th. 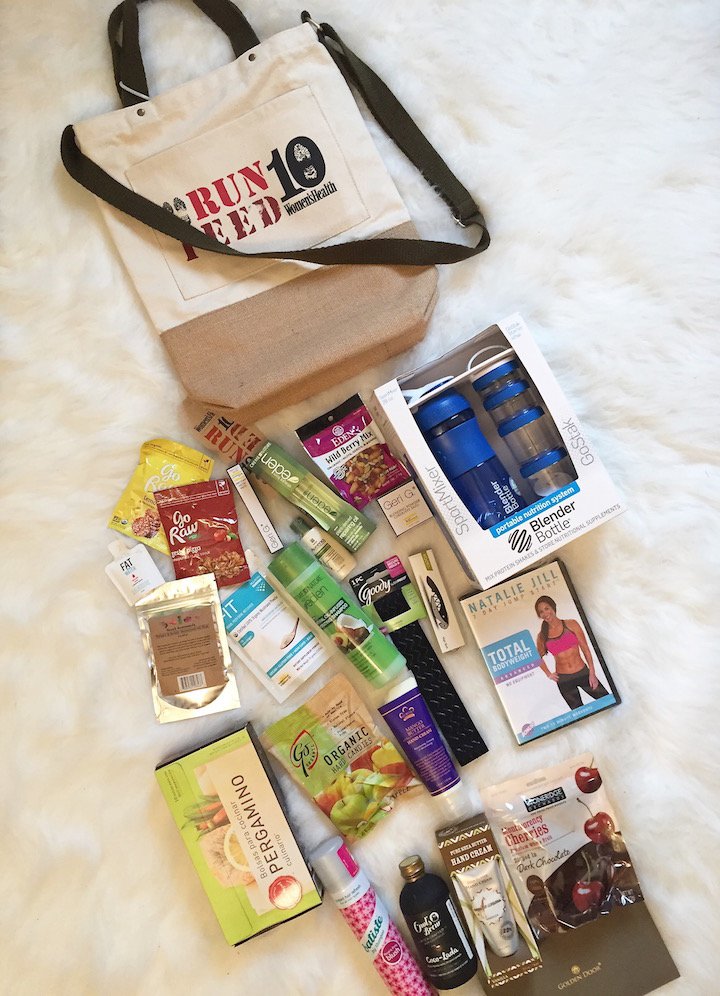 Anyone knows a good gift bag can sometimes be just as exciting as an event, and in this case, that proved true with a Feed filled bag that did not leave me hungry at all.

By sundown, the Party Under the Stars with Feed to Celebrate the Run 10 Feed 10 was underway. DJ’ed by Taryn Manning, and attended by celebrities, hamptonites, and bloggers, the night included a smore’s bonfire and silent auction. And a day of working out, eating clean, and learning healthy habits was followed by a night of throwing that all out the window. But that’s okay, because tomorrow is always a new day right? 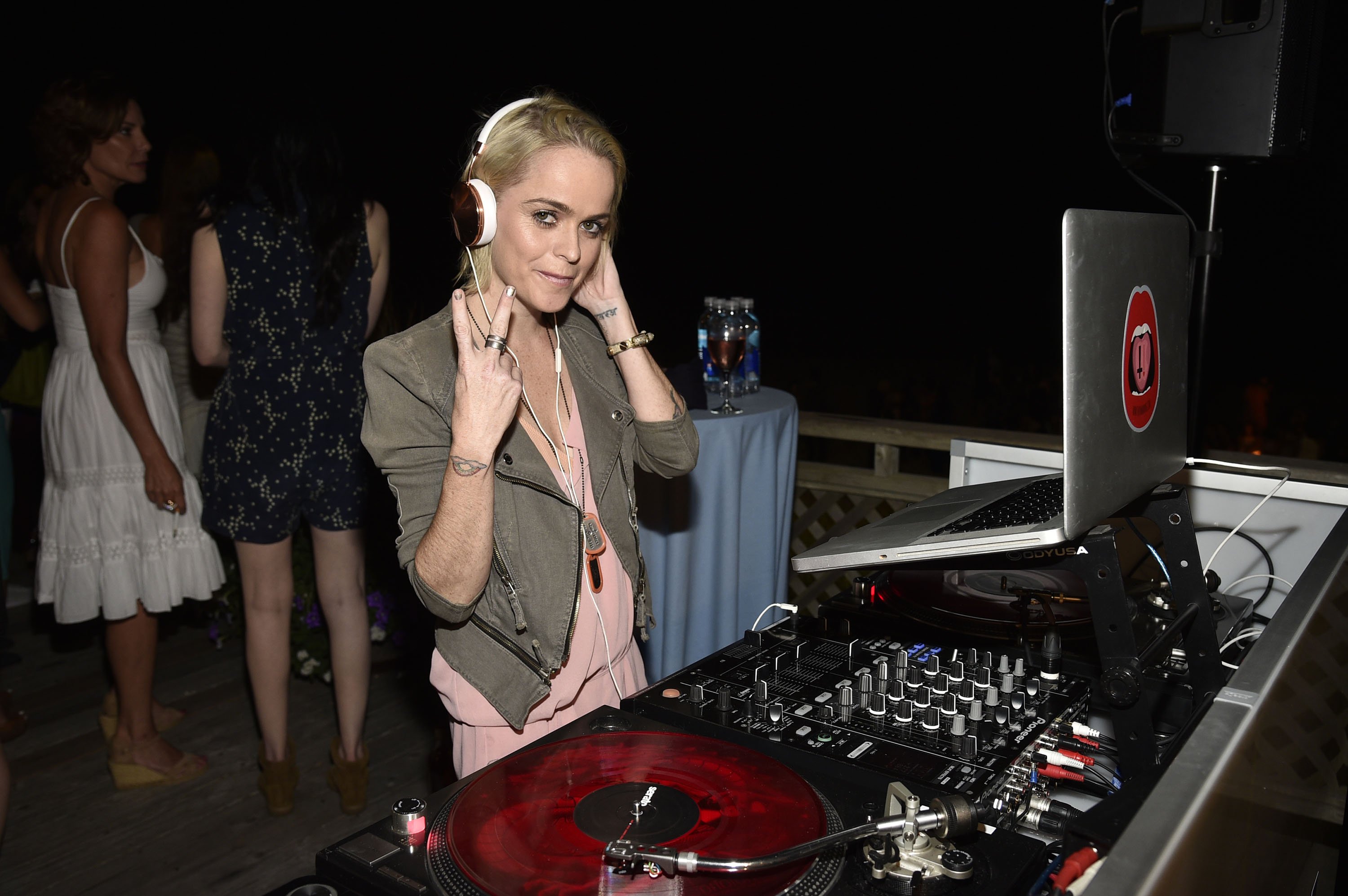