Every weekend, I face the daunting task of entering Monday, and bidding adieu to the festivities of Saturday and Sunday past. So many times they’re jam packed with so many fun things that I always want to share them, but many weeks come and go, and the stories don’t get shared. This weekend, considering not only did I do more fun New Yorkey things (yes, it’s a word), but I also practiced alliteration while doing them, I feel compelled to break back into the buzziness….

Friday night brought dinner at Flex Mussels, followed by me cheating on my diet with these amazing Doughnuts, a fixture at Flex.

A full belly, and slight buzz (literally), was followed by the midnight showing of Taxi Driver at the IFC film center. To my slight shock upon arriving, turns out I’m not the only cool New Yorker on this island, and turned away to a sold out show, we reluctantly bought tickets for another old classic, the Thing. As soon as we entered however, another New York tradition was upheld. The art of sneaking into a different show. Turns out there was a happy ending for us… and Travis Bickle. 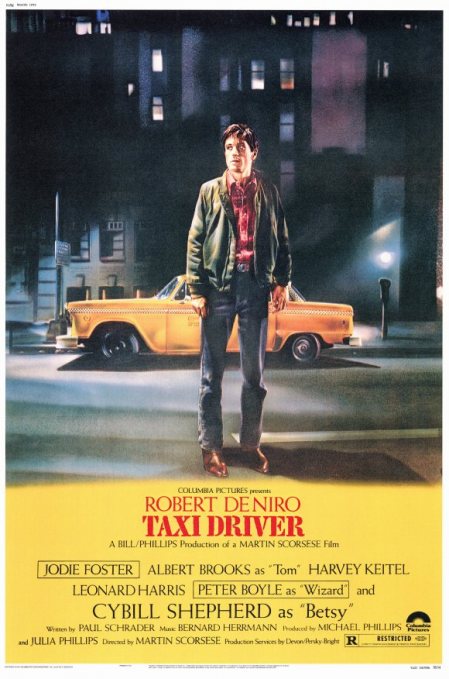 Saturday was spent mostly cozy, and running errands, followed by dinner out with the girls in the West Village.

Sunday after my trainer I rushed down to Canal Street to meet my friend for the Chinese New Year parade. We spent about 45 minutes chasing the faint sound, and remnants of the    parade, and eventually settled on landing at the end point, where people cheered, popped confetti, and threw silly string on each other, in what can only be described as Chinatown does Mardi Gras. This commenced, as all activities should, with some lunch.

The restaurants were all packed, and since I was craving Dim sum, we headed for Golden Unicorn. But not before I picked up a few Pork sweet buns, minus the pork at a stand on Baxter. For 75 cents, you get 4 rolls. This is a New York secret eat cheap deal if I ever heard of one… You’re welcome.

Dim sum consisted of shumai, rice rolls, some fish cakes, chinese broccoli and lots of tea. A mere $15 later we were stuffed, caught up with each other, and still had money in our pocket. This Chinese New Year is the Year of the Dragon, which is supposed to symbolize luck, and it certainly shined our way on Sunday. 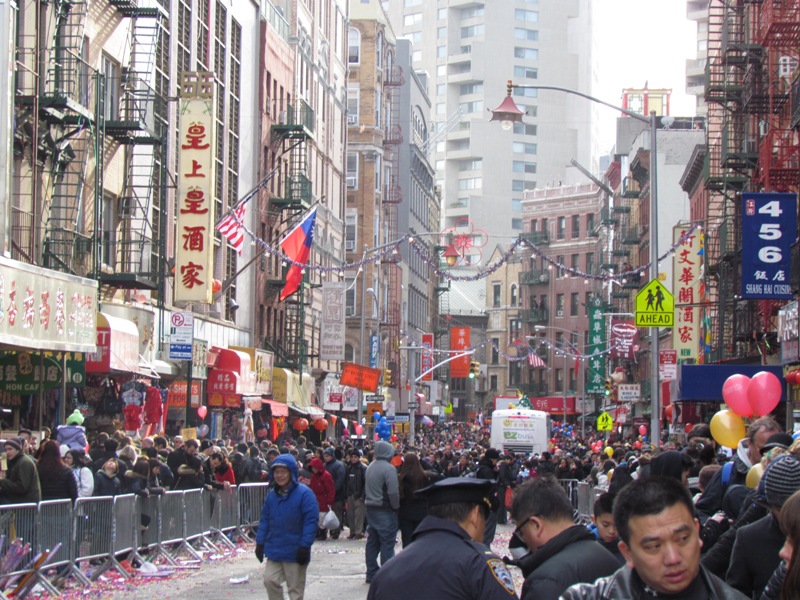 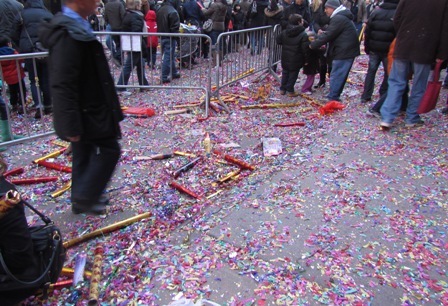 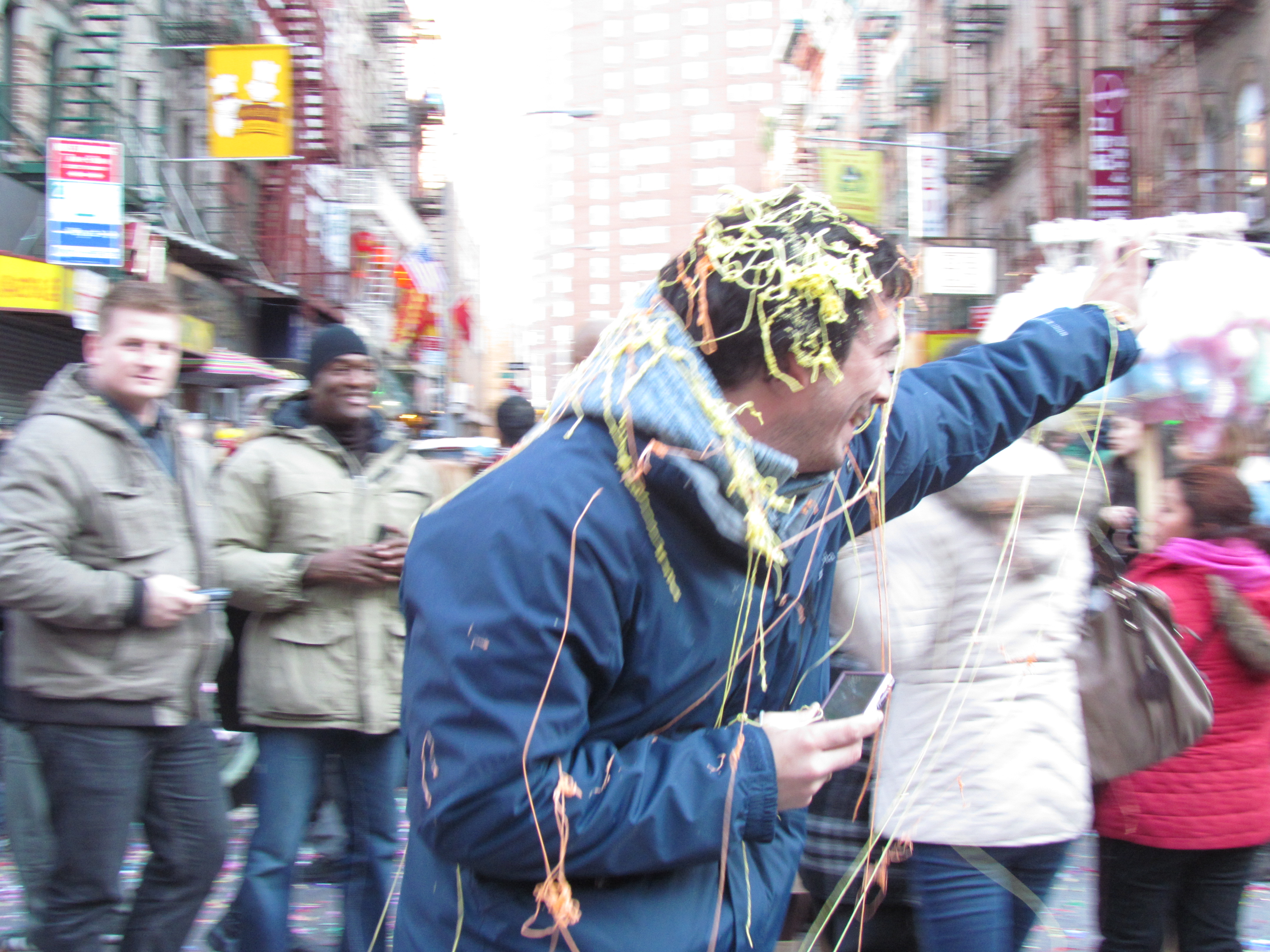 Someone gets into the spirit 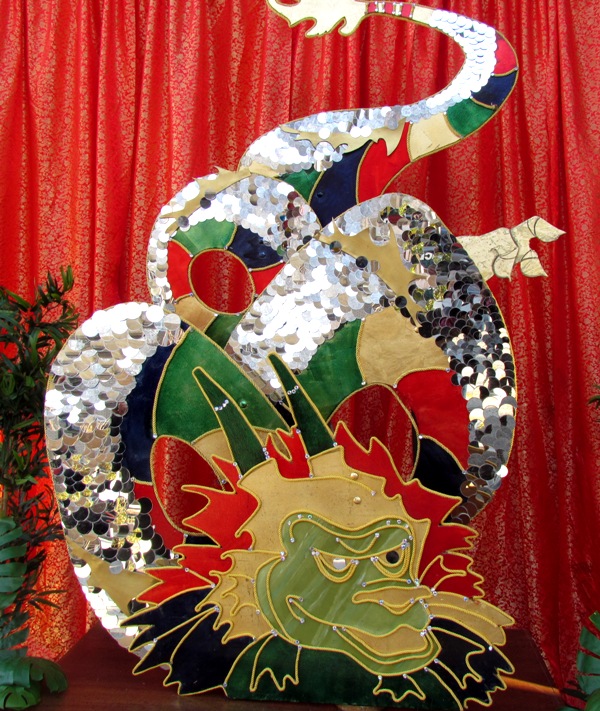 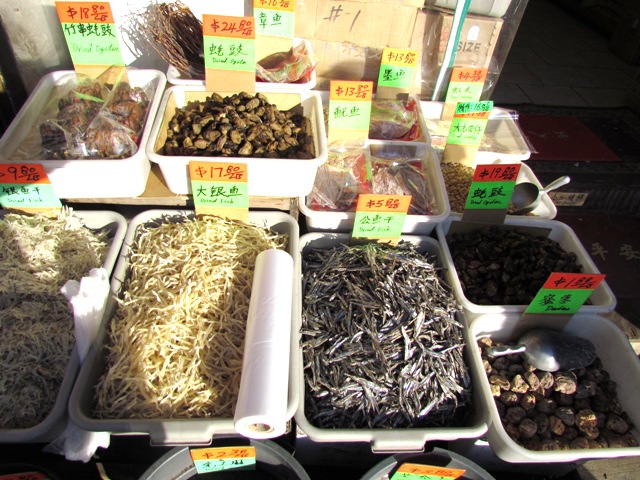 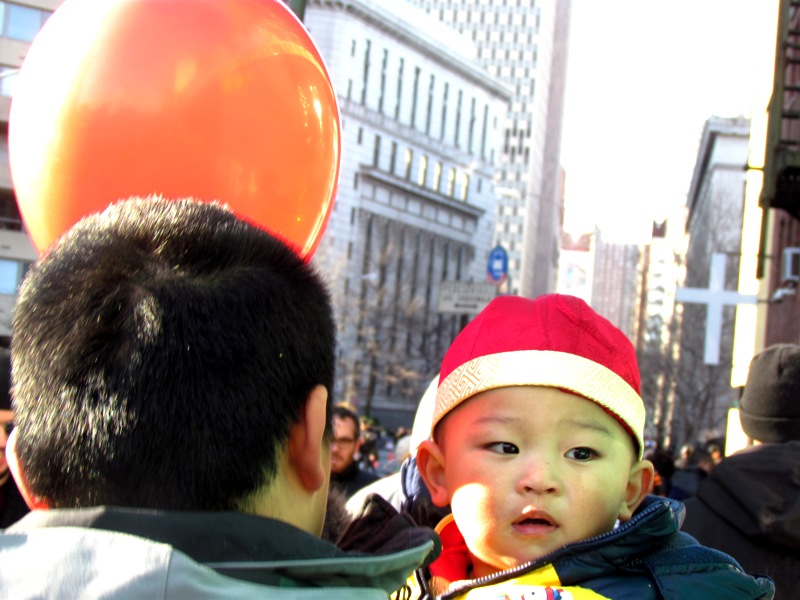