Einstein said energy can neither be created or destroyed, only transferred. If that’s true, then there was a lot of energy transference between the masses of people at Target this past sunday up in Harlem for the Phillip Lim for Target launch.

As I write this, it’s with a slight sense of achievement, not only in what I scored, but my follow through skills. After much planning, I wound up oversleeping the Missoni launch. When the Anya Hindmarch I’m not a plastic bag craze of 2007 hit Whole Foods, I planned for days to arrive at the Union Square whole Foods by 6 am. That morning, I set my alarm, and when I awoke to pouring rain, I hit the snooze. Never to be heard from again.

But Sunday, everything changed. I woke up 5 minutes BEFORE my alarm woke up, my mental clock clearly covering all it’s bases, and like a 9th month pregnant woman en route to hospital, I grabbed my already packed bag which had been pre-prepared and covered all my strucutred morning bases. By 7:15 I was on the M15 select, coffee in hand, Target card in tow.

I arrived to an already formed long line, and we, in a surprisingly structured and civil nature, made our way into the store. As I walked in I remember thinking this wasn’t so bad, but within 2 seconds I heard screams that all the bags were gone. A huddle of people stood by the freight room, and as the staff made their way out to announce that they had bags, and that everyone needed to back up, you could feel the insanity setting in around you. Almost just as cautiously as they had said they would bring them out, a moment later there was an eruption of chaos. A cart rolled out, and the next thing I remember, I saw limbs flying; bags being swung around like weapons. I couldn’t believe what I was seeing, and I as I stepped back to avoid the chaos, I noticed a handle sticking out in front of me. I grabbed it out, with some force, and voila! I had magically grabbed a Large Grey tote!! I couldn’t believe my luck.

By the time I got the second one, I had already gotten almost knocked out, half wrestled with someone, and told someone if they wanted it that bad, they could have it. I had war wounds, but I also had two handbags, big and small, and by great timing, an extra small classic trenchcoat AND Pow sweatshirt. Just for being in the right place at the right time, not because I punched someone out, (can’t be said for some other unnamed people at Target that day). I had made friends. We huddled around racks, gossiping about what everyone was doing, and waiting for, and watched as people bartered items off each other. As the hour went on, and people remained, I saw people laughing, smiling and one woman literally give one of her coveted items to another, just because. The insanity that had ensued only an hour ago, now had seemed to turn to unity amongst everyone.

Coming back in my taxi  to the familiarity of home,  I remained mostly unscathed, but with a greater knowledge of the human psyche. The desire to want things, and in turn, to get what we want. I watched the outcome of those things play out this past Sunday, and I remained slightly saddened at what I saw, and incredulous that people could be that passionate about handbags. Either way, I was elated. I had stuck to my guns, and somehow the craziness of the day had managed to bring out the best in everyone, including me. More importantly, in my wardrobe. 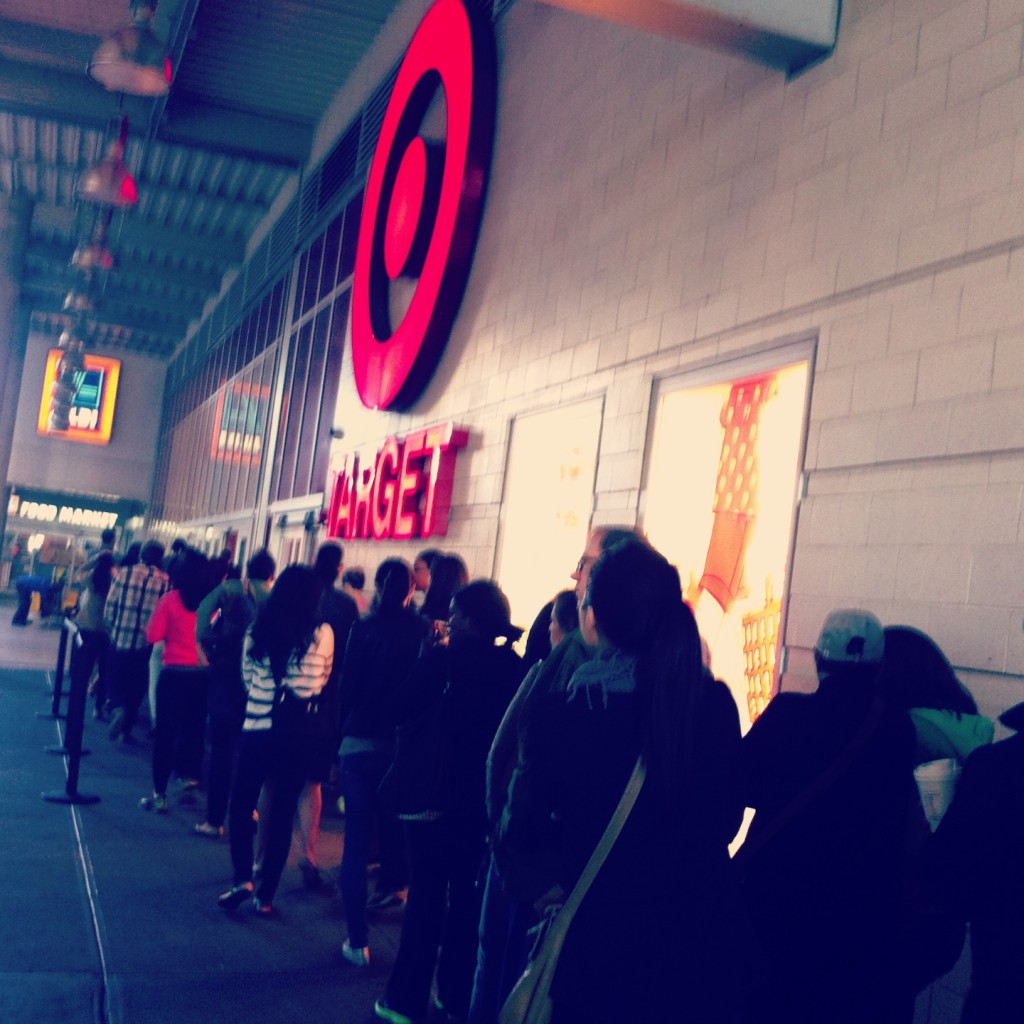 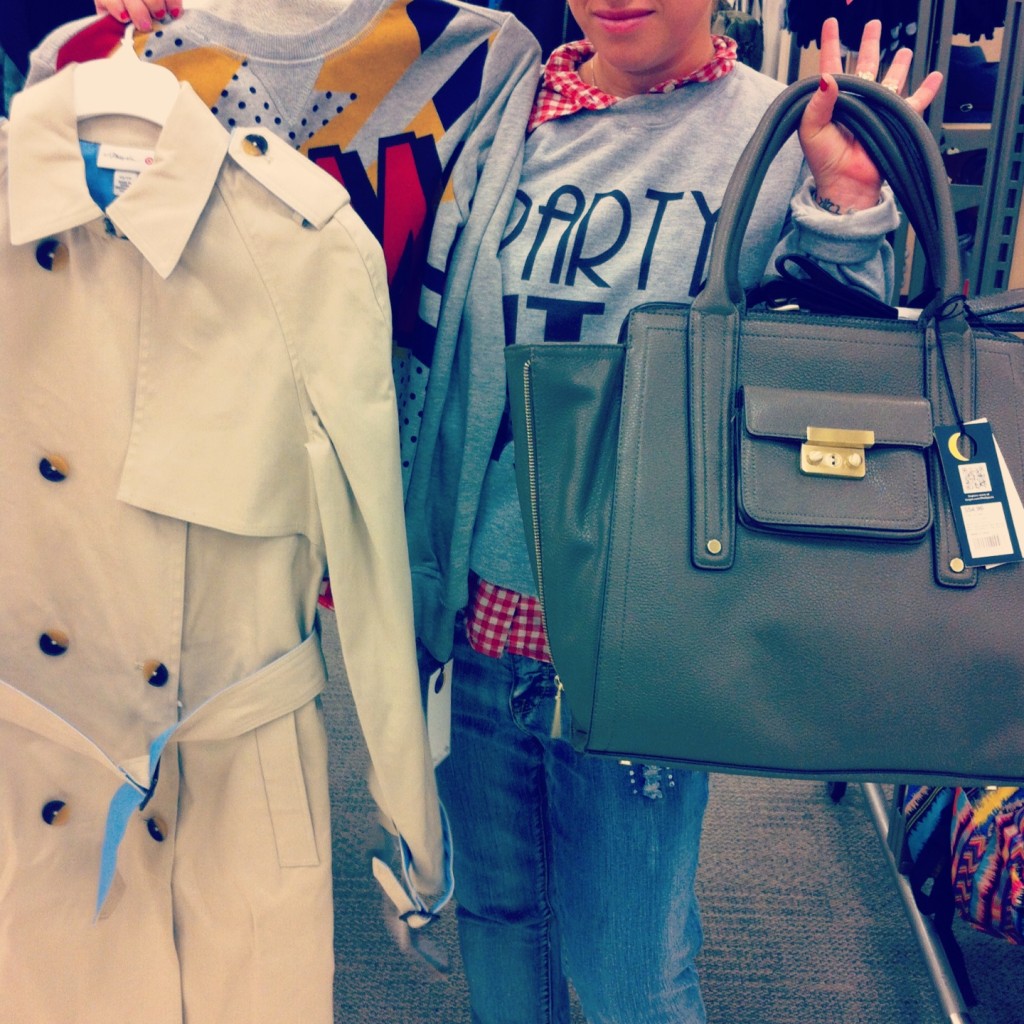 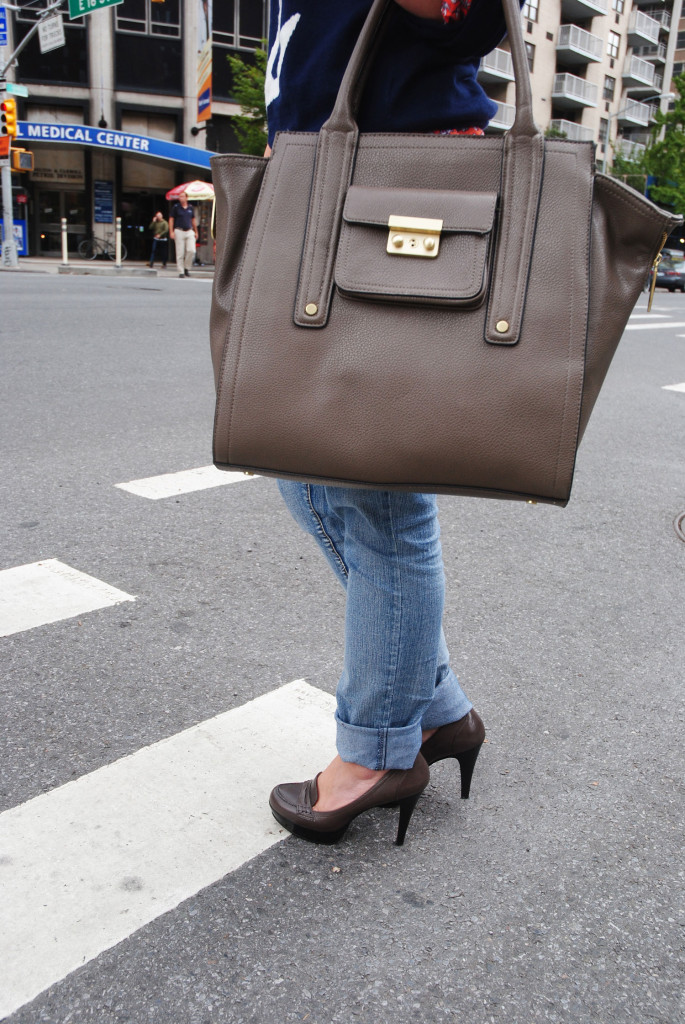 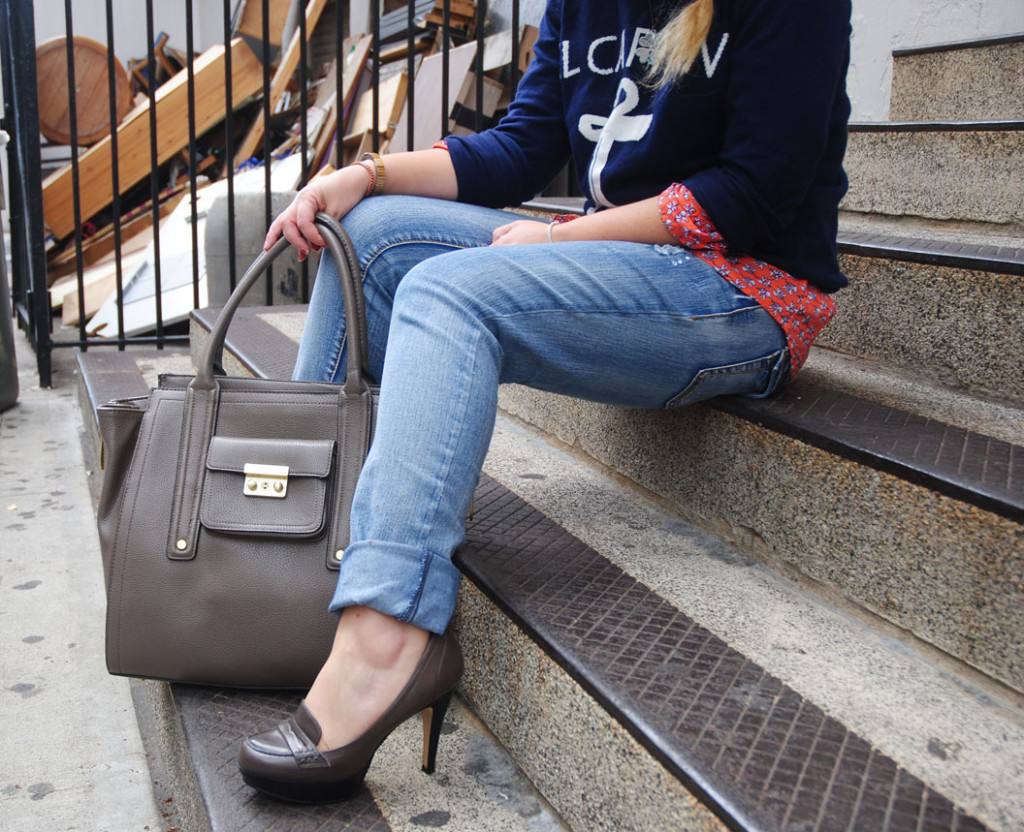