Transport to Greece with Nounos Yogurt

The best greek yogurt i ever had wad sitting on a balcony in Mykonos Greece, overlooking a picturesque setting of bright blue waters, and blue and white homes. Simple, thick, creamy and pure. The Greeks, (as we already know) are masters of the yogurt world. But nothing in real life has ever rivaled that truly authentic taste. Until I tried Nounos yogurt.

Nounos yogurt, born in, where else, New York, is only five years old. Steven Iannou and his godfather, (or nouno in Greek), after being unmoved by most greek yogurts on the market decided to create their own. With years spent in the Mediterranean as experience, they founded Nounos Creamery, and a new godfather of greek yogurt was born.

The authentic yogurt is handmade in small batches and bag strained using cheesecloth. This technique does away with the use of preservatives, chemicals, and other artificial processes used by competitors. It also has an elevated look to others on the shelf. For some, the glass jar packaging might be a slight deterrent. Looks don’t always ensure quality but in this case, a cool look and a slightly higher price does equal a better experience. Plus, in a time when mason jars are still big (even if their ‘trendy’ popularity has somewhat jumped the shark), that little, glass jar can actually have some pretty cool uses beyond just eating out of it. Also 100% recyclable, the up-cycling possibilities are endless. But more on that later.

Greek yogurt has become a ubiquitous staple of many morning routines. With rampant social media posting, a simple cup of greek yogurt will no longer do. Pretty, healthy yogurt bowls filled with granola, fruits, chia seeds, etc are on the lips, and Insta posts of women (and some men) everywhere you look. (Whether you actually it’s eaten is a different story). That’s why I was amazed when I received my Nounos yogurt.

In a time of overly decorated, intricately planned breakfasts, Nounos is simple, creamy goodness. No bells and whistles, or fancy, on the side add-ons. Just a clean looking little jar filled to the brim with thick, tasty, all natural greek yogurt. The only thing cooler than the packaging is of course, what’s inside. Even my husband, (a recent greek yogurt convert) exclaimed on the insanely good taste.

It’s only fitting that I would pass my new love of Nounos greek yogurt down to him. After all, Nounos Creamery prides itself on family. The company’s staff is over 75% family members, and that delectable taste; a longtime family, secret recipe.

Up until recently, Nounos yogurt was only available in limited stores in New York. Since the summer they’ve expanded, hitting shelves in New Jersey, Pennsylvania, Connecticut, and beyond to Texas, and California. To transport yourself to Greece, (metaphorically of course), click to see where Nounos yogurt can be found near you. 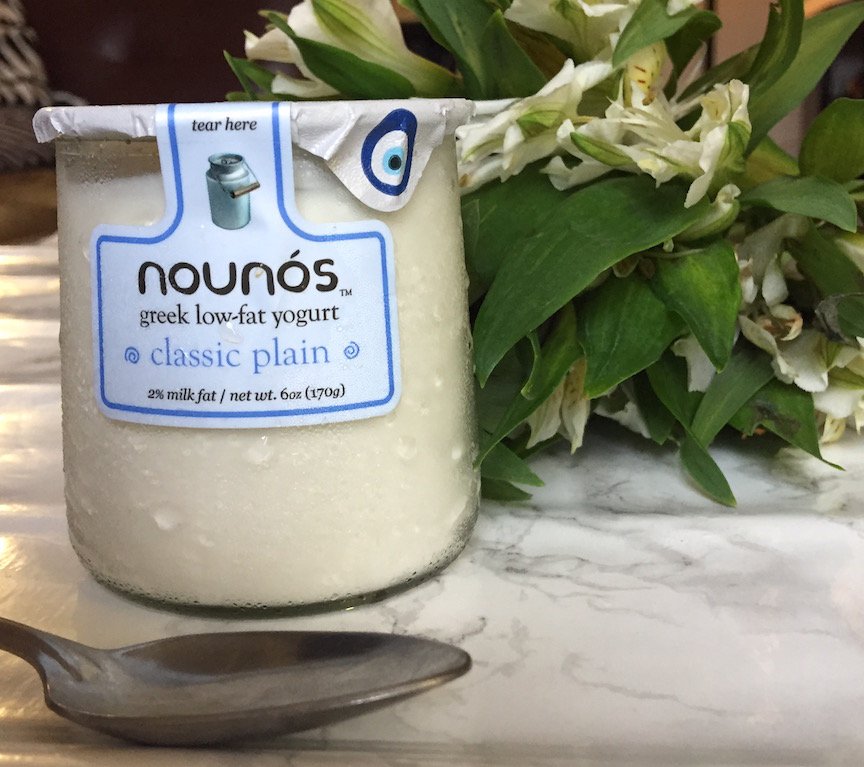