Tips on how to conceive naturally with Stork OTC Kit

“This is a sponsored conversation from Mums the Word Network and The Stork OTC. All opinions are my own.”

We spend the better parts of our youth being taught how to combat or avoid pregnancy. But only a few life chapters later, women are pushed, prodded, and surrounded by the idea of baby making. It’s not enough just to get married, or just be successful; you have to also be a mother. No matter how far we come in society, these clichéd life steps will always be asked about, assumed, and more importantly, expected. With that expectation comes other assumptions. Baby making is easy; baby making later in life is problematic, and having a baby shouldn’t be a complicated, or unnatural process. The problem is our world is not one size fits all and while deciding to have a baby, and then promptly having one is a nice little packaged fantasy, for many the process is nowhere near as simple. Because as much as we try to stop pregnancy as young women, the irony of life is that later in life, many of those same women will at some point decide they DO want to get pregnant. And for a growing percentage of that group, deciding to have a baby might be the easy part, but actually getting pregnant could be far harder. Many can struggle with fertility issues, and for those of whom expensive processes aren’t an option either, what’s left. The Stork OTC kit was made with those people in mind. It’s a home contraception device that works to aid your fertility and help you conceive naturally.

At almost 37 years old, and newly married I’m closer down the path to this journey than ever before. Not because it’s expected of me, but because I want to be a mother, and I want to make my husband a father. To be honest though, I also really like being a 36 married, kid-less woman. However, my joy for that perpetual freedom has waned. I find myself ready to take that huge step, and yet terrified of some of the obstacles that I know may lie ahead. For those already ready to take that step there are simple ways to get the ball rolling that help improve your fertility and your chances of conceiving naturally. 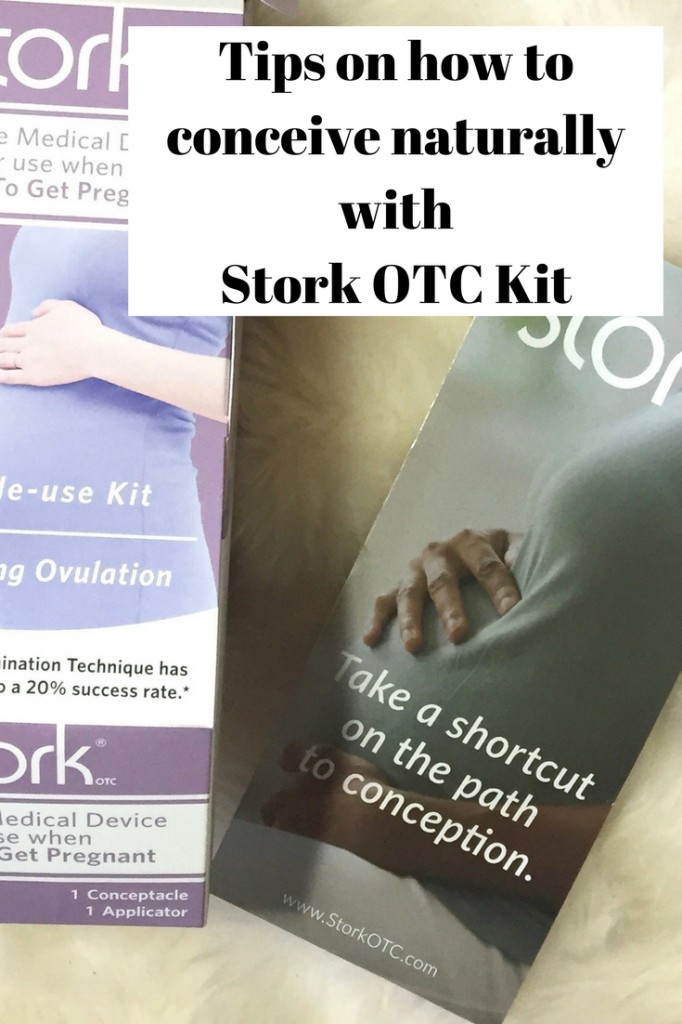 1. Implement a healthy lifestyle. It seems obvious, but simple changes like moving your body (if you don’t already), and changing your diet will make your overall health better and increase your chances of better fertility.

2. Do yoga. There are never any cons to practicing a yoga routine.

3. Cut back on alcohol and caffeinated coffee. Research already proves that alcohol consumption can be linked to your ability to conceive so it only makes sense; if you’re trying to have a baby, cut the alcohol.

5. Have more sex. It’s been widely reported that the act of trying to make a baby is typically less romantic, and more officious. When you’re dealing with something so detailed, and perfectly timed, it can be easy to get bored and mechanical with each other. Instead, make time for other more loving moments that are focused on you, and less on the end goal, as hard as that can seem sometimes.

Being able to have a baby naturally is still, in this country, looked upon as the norm. At the same time, the number of women having babies through IVF and other methods is growing constantly. If you’re having struggles conceiving, and aren’t ready for whatever reason to take part in those procedures, there are other methods to turn to for hopeful success. The Stork OTC allows you to try in privacy, and at home, without having to potentially subject yourself to lengthy and expensive doctor’s appointments. It’s meant to be the next step after ovulation tracking, but before any serious treatment options, and with less invasive methods.

It’s a medical device that uses an applicator and a technique called cervical cap insemination. Essentially, it consists of a 3- step process that includes capturing the sperm, and then inserting it similar to a tampon. This enables the sperm to get as close to the egg as possible. Up to 20% of women who used this process and the Stork OTC successfully got pregnant.

The Stork OTC kit is available to buy at Target nationwide. And right now, there’s actually a huge sale happening! Buy one kit, and get the second one at 50 % off through 8/19 as well as 25 % off one device through the end of August.

Plus, join the conversation on fertility and natural ways to get pregnant at the Stork OTC twitter party on August 17th at 8pm. Join in using hashtag #TTCwithStorkOTC. 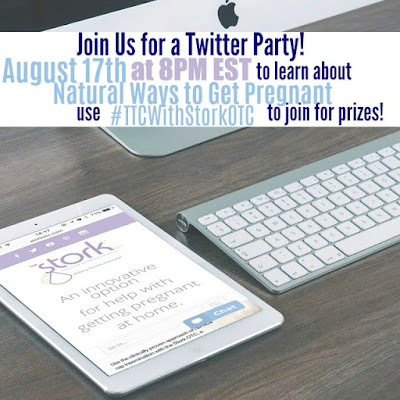