THIS IS ONE HUNGRY BARBIE …. HUNGER GAMES KATNISS BARBIE DOLL TO LAUNCH

In the never ending escapade that is the post Hunger Games publicity and merchandise machine, it seems the possibilities continue to be endless.

Now Mattel has announced the launch of the the Katniss Barbie doll, and in the hopes of not letting down any overzealous, ready to pounce fans, they have made her pretty true to form; complete w/ Mocking jay pin, and her signature braid and bow and arrows. The fashion perpetuates the utilitarian chic look inspiring the season.

If fashionistas had to be removed from their cozy desks where they work feverishly on their MacBooks, and instantly transplanted to a forest, where they had to fit other fashionistas to stay alive, all the while trying to survive, well, you can imagine this is what they would wear apparently… Trying to hunt down deer, and ambush others, all the while quietly waxing poetic on the fit of their skinny cargo pants, and tan sleek anorak.

But, there is a certain message I can’t help but ignore, that even though Barbie has been criticized in the past for affecting poor body image, this is a heroine we can root for, believe in, and even try to emulate.

And although the dimensions and overall look are standard barbie, this one adds an extra punch, a barbie for a badass… well,  as badass as a person who collects barbies can be…

Pre-order your Katniss doll at barbiecollector.com

She officially launches in August 2012. 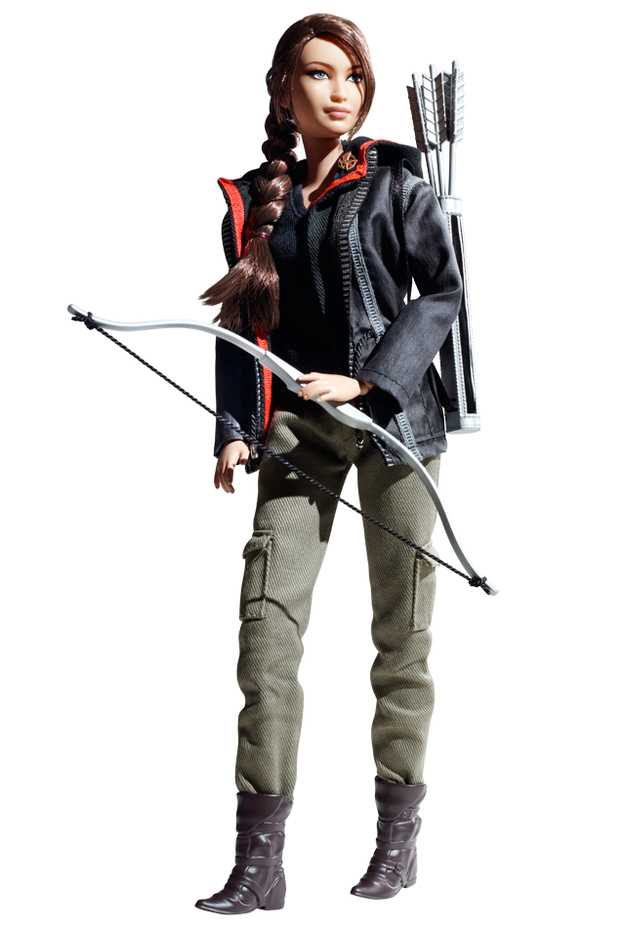