When we talk about the best non Christmas-y Christmas flicks, one major one comes to mind. Bringing with it the yearly, age ole debate: Is Die Hard a Christmas movie or not? But there’s another holiday action thriller that regularly goes unnoticed. The Long Kiss Goodnight is a Christmas movie that’s highly under appreciated.

The Long Kiss Goodnight is a Christmas movie that we need to celebrate more! Here’s why:

The film actually opens to colorful images of presents and ornaments.

It’s set in the perfect small town of  Honesdale, PA. Snow falls and a charming parade is in progress. Samantha Caine (Geena Davis) rides by as Mrs Santa. She makes holiday treats and enjoys a quiet existence with her daughter and boyfriend. 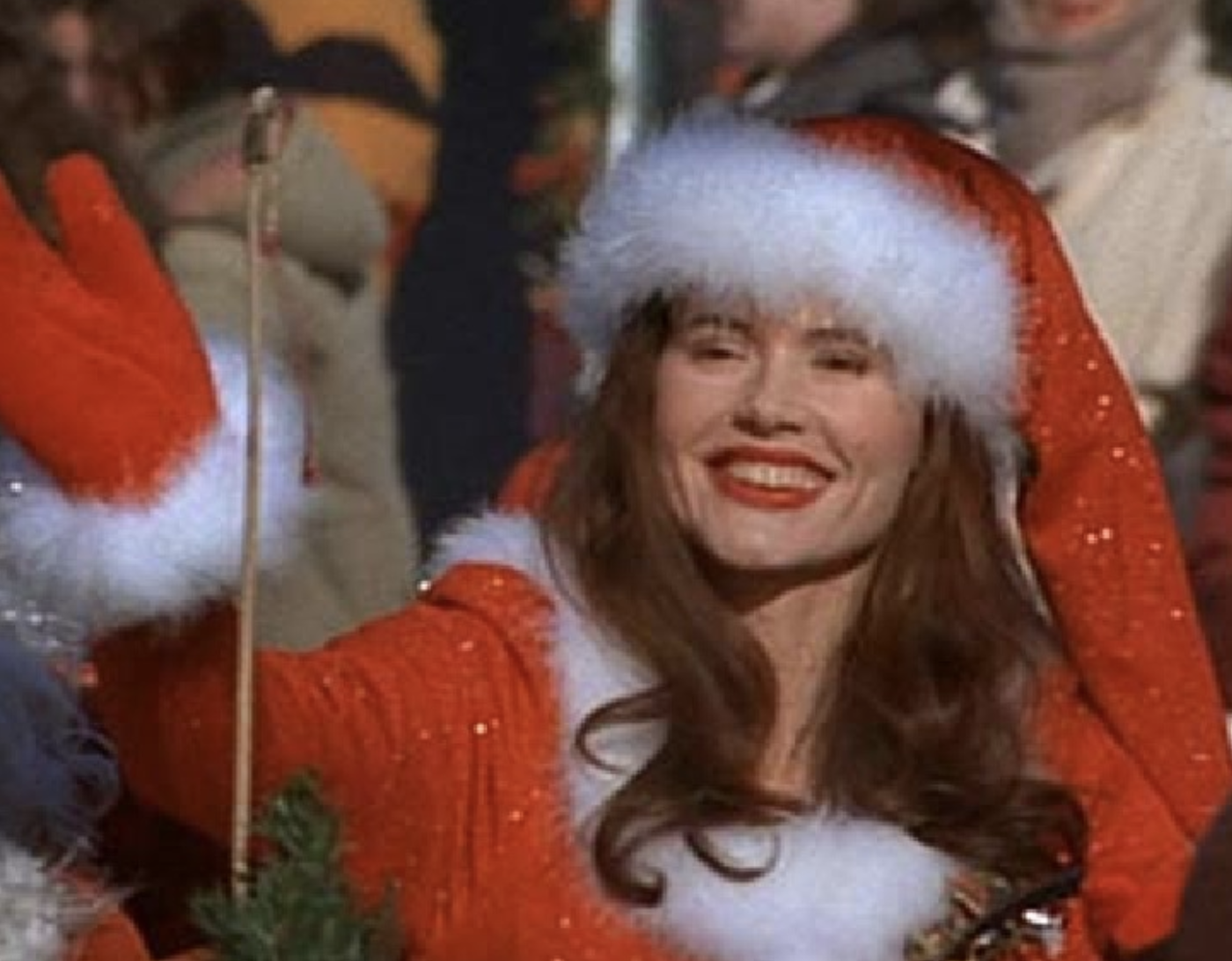 However Samantha quickly tells us she woke up from a coma only eight years ago. Pregnant and with no memory of her former self. Since then, she’s taken on the sweet character of Samantha Caine. There are some clues. But no real reason to think anything suspicious.

Until she gets in a horrific car accident that kills her friend. Instantly leaving her with a new concussion. Suddenly, she’s drudging up old images she couldn’t access before. Slowly but surely Sam begins to regain memories of her former life. As dangerous and deadly CIA operative Charlene ( Charlie) Baltimore.

Once the transformation starts (after a former enemy tries to kill her and her family), Charlie hits the road. Teaming up with PI, Mitch Henessey (Samuel L Jackson) they go on the run to track down her former life. As well as the men who left her for dead.

Charlie’s nothing like frumpy small town teacher Sam. She curses, and smokes. Plus, she’s hotter with smokey eyes and a timely, short blonde bob. Because for some reason, Geena Davis going brunette to blonde was a big trend in the 80s and 90s. (Check out Earth Girls are Easy.)

She also kicks serious ass. Throughout their journey Charlie dons ice skates to get across a pond holding a massive fire arm. Which she uses to blow away some bad guys. She sprays bullets with her daughter in her arm. Simultaneously asking if they should get a dog. Spouting out one liners like, “You’ll die screaming” and “Suck my dick every one of you bastards!”

The film doesn’t really harp on many Christmas lessons. Once Sam completely returns to her former self, she’s not only vulgar and violent. She’s the opposite of motherly. Initially pushing her daughter so hard to ice skate, it leads to a fractured arm. Later, she outright says she doesn’t even want her. But of course, Charlene’s love for her daughter does kick in eventually. So the holiday spirit does in fact exist within the story.

Also, everything is done to the backdrop of Christmas. Holiday songs, and parties. Bright shining lights and an abysmal Christmas sweater. These are all things that set the stage for this fast paced holiday classic.

One shootout in particular happens with a  ‘One more day till Christmas’ sign looming in the background. In the final action scenes, Christmas is more than a backdrop. It’s a vital piece of storytelling. Charlie uses holiday lights to outwit her would be assassins.

Pretty much every big action scene is outlandishly over the top. And yet, still really fun to watch. 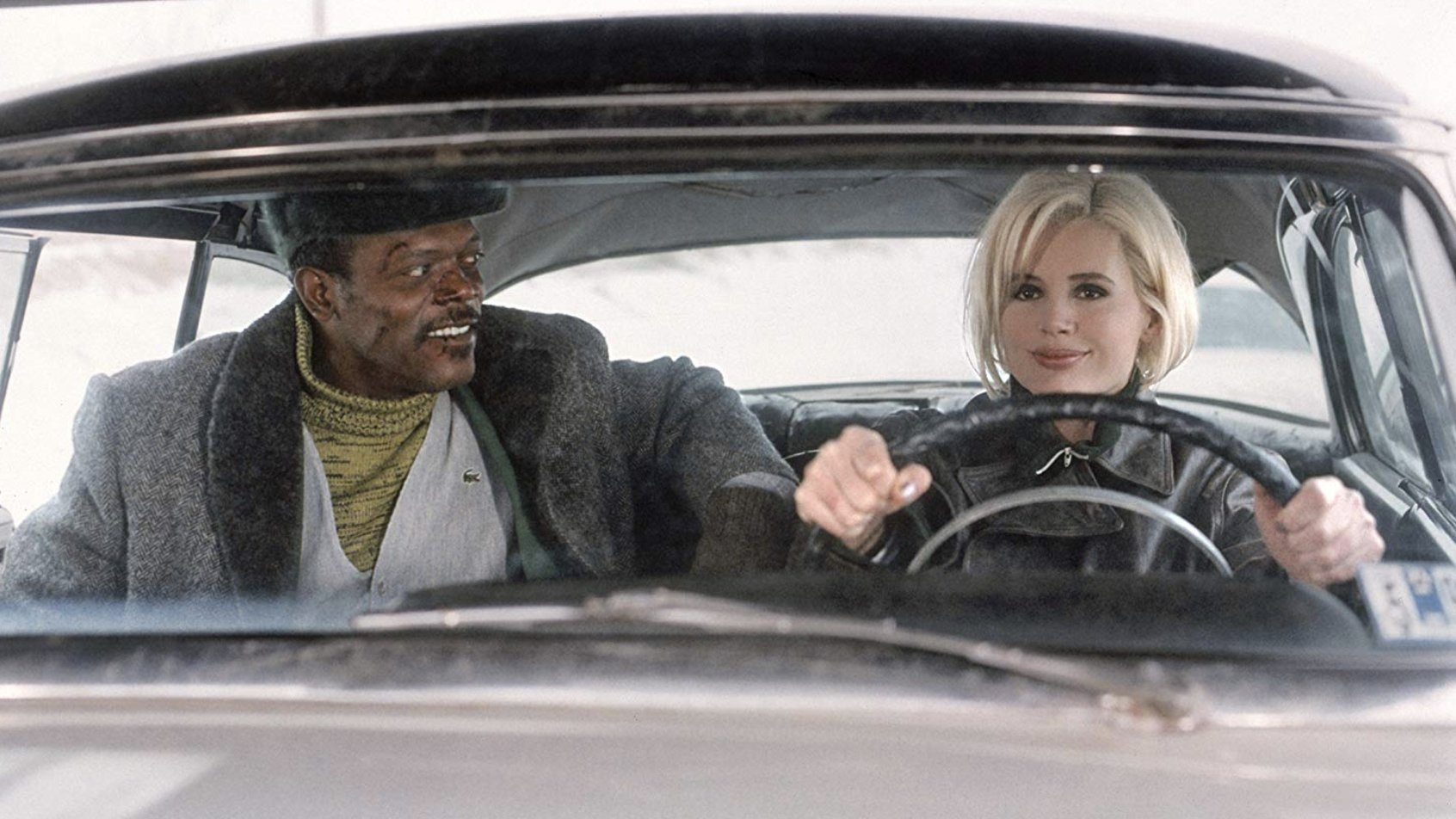 Also, Craig Bierko, (maybe not quite up to par with Alan Rickman) plays a great villain. Complete with one liners and angry faces. He should be a more recognizable name.

That, terrific action sequences, and a festive backdrop all help make The Long Kiss Goodnight an incredibly underrated Christmas classic.