The Daily Buzz~ The Wrath of Hannah Horvath: Girl’s Funky Style Minus the Attitude

If you’re watching Season 3 of Girls then you already know the hannah horvath we have all come to know and love has been a little off kilter. Missing her usual charming spunk, and seemingly getting more self centered by the episode, we have been privy to a different side of Lena’s famous protagonist. Perhaps a subtle way of showing that there are different sides to every person, in an attempt to make Hannah less likable; we’ve seen her deal with many different life events recently by simply only focusing on one thing… herself.

And yet, Hannah’s 3rd Season style has been somewhat akin to her mood; in a funk. Or perhaps a more positive way of saying it is, funkier then usual. From tiny cropped tops with hanging lizards, to whistle earrings, she’s shown a slightly more eclectic side that for once, has viewers wondering, where can I get Hannah’s Look?

Off the script pages, this newer style has translated to recognition of small designer with big dreams. Natasha of Toy Syndrome, whose lizard shirt was featured in Sunday’s episode had the satisfaction of seeing this pay off. After Hannah’s outfit hit the air, (a huge accomplishment in of itself), the story of how the Etsy designer approached Lena during filming was covered by Refinery29, Fashionista, and many other publications that picked up the story.

I, however, unlike Natasha have never seen Girls filming, and I’m not sure I would ever muster up the courage to approach her at all. But if I did, I would tell her the amazement I found in realizing for 2 weeks in a row, that we are on a very similar, style wavelength.

I had only just put my sterling silver whistle earrings up on my site when I saw Hannah wearing a similar pair. Astonished at the coincidence, I couldn’t wait to promote this the next day, until I saw others had beaten me to the punch, and similar earrings on Etsy were getting the recognition. Feeling a little defeated, I brushed it off. That is, until Sunday when, after having spent a day at the Brooklyn Flea, and finding some awesome finds to turn into jewelry, I noticed that again, our wavelengths were colliding. The lizard crop top eerily matched perfectly with a  little plastic animal that I had decided to turn into jewelry.

Maybe I won’t have the courage to send Lena my necklace, but clearly, artists can read each other’s minds. And if you can hear me Lena, I’d love to send you the matching necklace to your shirt to wear on episode 5…… 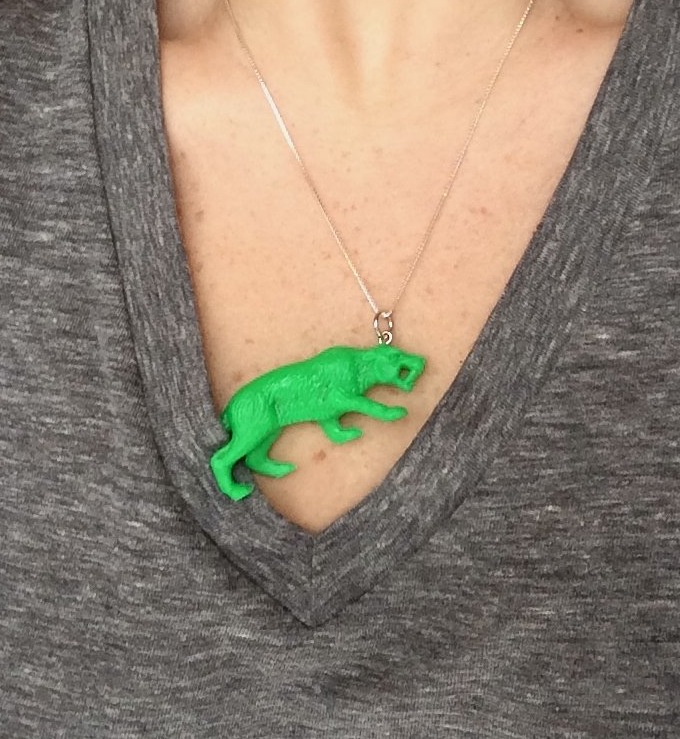 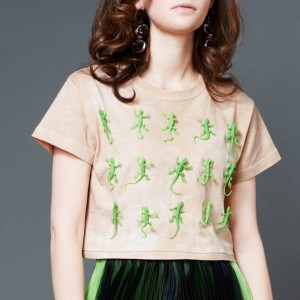 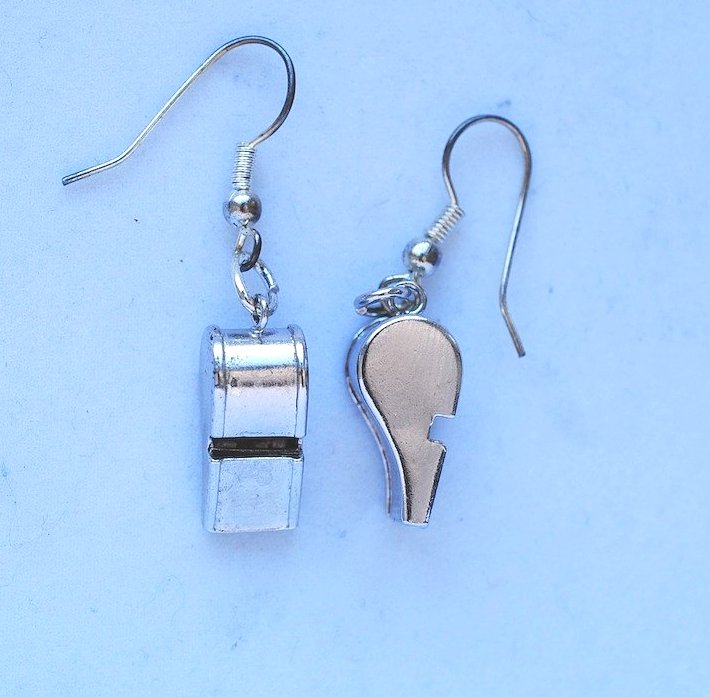