Throughout history, people have spoken of famous family feuds that rocked us to our very core. The Montagues and the Capulets, Hatfield and McCoys, and now.. The Manzos and the Lauritas vs the Guidices. They’re neither traditionally feuding, nor love-lorn, but they do have one thing in common, besides their feelings towards the aforementioned.  The love and support of each-other and their respective endeavors. And much like her family visited her on the set of her Sirius radio show, Caroline Manzo returned the favor when she showed up at the Herald Square Duane Reade last week to sign autographs and greet fans at the BLK  in store event.

Upon arrival downstairs, shoppers were greeted with the BLK table, and samples of the beverage; a new, unique endeavor in the beverage industry that takes water to a whole other level. But upstairs was where the real action was, and fans lined up to get their Blk water bottles signed, talk to the housewives and get pictures with their favorite families.

I was greeted, very generously and kindly, I might add by the ladies, Caroline and Jacqueline as well as Caroline’s sons, and the brains behind Blk, Albie and Chris Manzo. After a few pictures and intros, I made my blogger self scarce but stood on the sidelines as I downed some blk, and watched the excitement unfold before my very eyes.

Dozens and dozens of fans lined the back of Duane Reade, and though, as can always be found, there were some shoppers getting essentials on this brisk Monday night, majority of customers were waiting for one thing, and one thing only; to speak and get their pictures with these two families. Two families that, from what I saw, have made such an impact, that almost every fan that graced the table, spoke of their commonalities, their ability to relate to them; not just the fighting but the family dynamics, and of course their love for them and the show that launched them all into fame.

However, one might ponder that although the show has brought much success, the ability to notice, and push a unique new drink, such as Blk works independently from anything else. Although the show(Rhonj) helped to create buzz, the boys are still thriving in their own right, largely due to the label they have gotten behind. Blk is a new, groundbreaking beverage; a water infused with fulvic trace minerals, and electrolytes. And although we’ve seen sports and energy drinks before, this one takes it to a new level… and color. Blk has zero carbs, calories, sugars and caffeine like many waters, but unlike others, it acts as a detox for the body. When I was drinking it, I almost couldn’t help but taste a sweetness. But it’s not just the properties and benefits that parlayed the success of this event. It’s the charm and presence of the families themselves.

This was clear last Monday, when the buzz at the Herald Square Duane Reade was so big, you could hear it all throughout the mega store. The “housewives” themselves, Caroline and Jacqueline, the boys Albie and Christopher, and Jacqueline’s husband, Chris were beyond gracious posing with each and every fan, signing blk empty bottles (lines to the meet and greet so long, that most people finished their drinks upon reaching the ladies), and Blk t-shirts. This was one of many long, hectic in store promos for Blk, even just in that day, but if the Manzos were tired, it didn’t register to any fans. I watched as they continually greeted excited customers with smiles, and small talk.

It was this tireless all evening display that made me realize a business is not just about the product, it’s about the people. You need something that delivers, but you also need a presence to hold onto. One that is likable, and easy to relate to. And if those adjectives are any indication, then I would say business is booming for the boys. And quite appropriately, for a product whose tagline is “Change the way you see water”, which apparently I did.

Check out LOTS more pictures of Caroline, Jacqueline, Albie and Chris w/ fans at the Blk event on my Google Plus story! 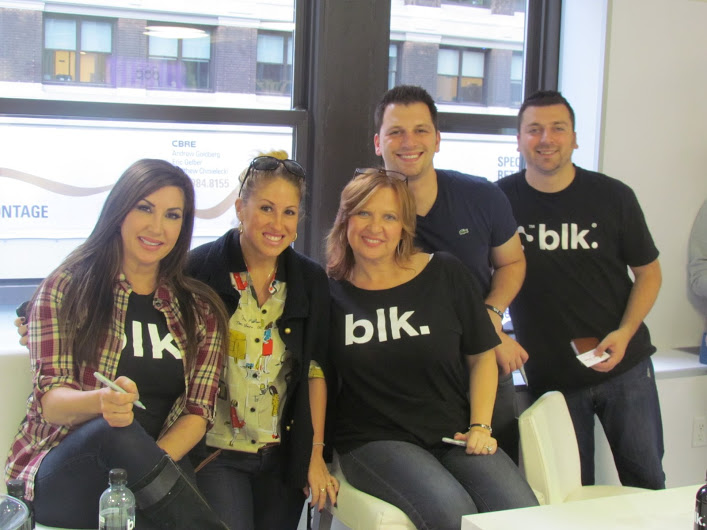 me and the crew- BLK all the way! 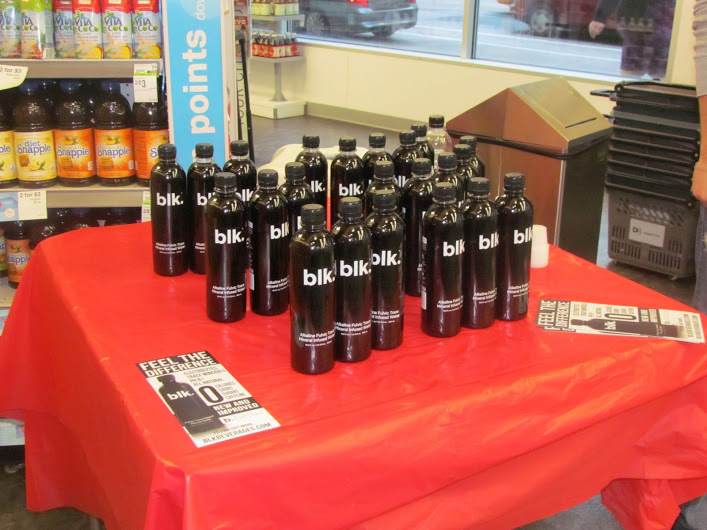 the in store Display greeting people at the door- 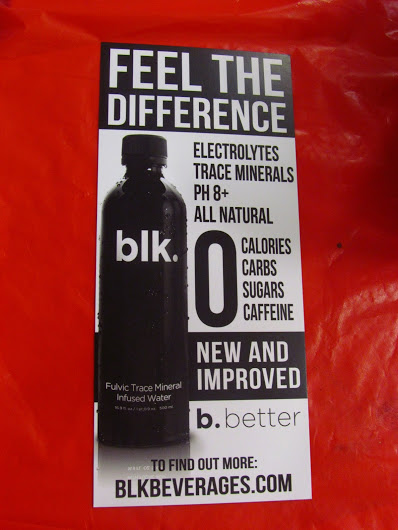 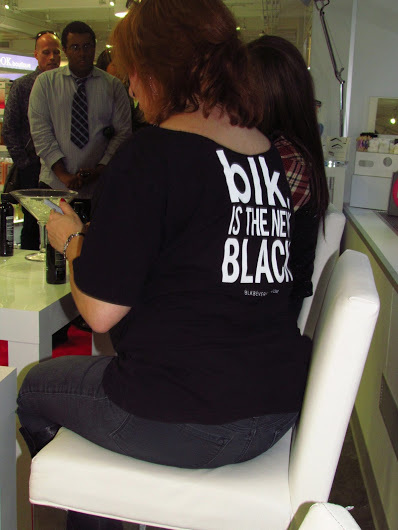 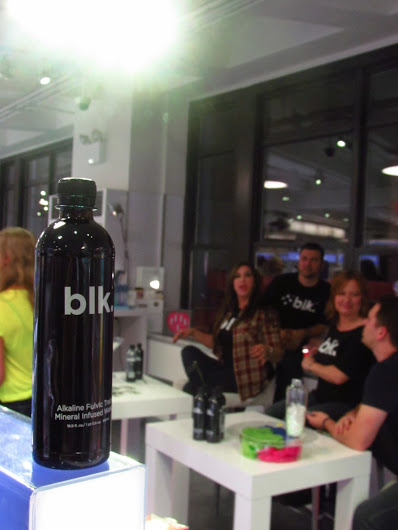 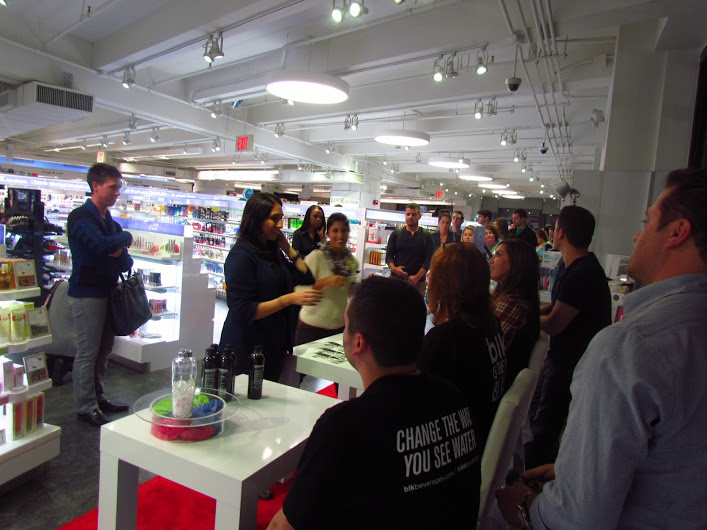 “I am a member of the Collective Bias™ Social Fabric® Community. This shop has been compensated as part of a social shopper insights study for Collective Bias™.All thoughts expressed and written are from my own blogger brain :)” #CBias #SocialFabric