Last night’s 66th annual Emmy Awards had one major trend that was ubiquitous throughout the night; redundancy. Predictable show favorites took the top prizes for the 2nd, third, fourth, and fifth consecutive times. And the fashion, while always fabulous was mostly par for the course, without too many surprises, except for a few. But, although the world perpetually has a love/hate relationship with red, it once again proved it’s major power, taking the top spot of the night, with over a dozen leading ladies wearing red dresses to the show. Red heads, gingers, red headed stepchildren, we may be going extinct, but one thing’s for sure. Last night everyone in television was certainly seeing red. That fiery trend, and four other notable moments are what made the show.

1. Seeing Red. While all very different in design and display, and though no 2 actresses are the same, many opted for the power color. Claire Danes, Julia Louis-Dreyfus, Heidi Klum, Kaley Cuoco, January Jones and more all wore red frocks with varying lengths, cuts and tones. 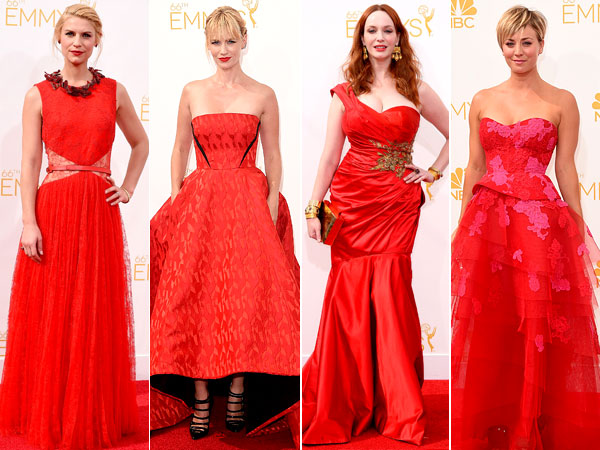 2. That Kiss. It was the kiss heard round the world, when Julia Louis, upon winning her third Emmy for Veep, approached the stage and was tackled by Bryan Cranston, leading to a several minutes long make-out session. The make-out, preplanned of course, was doubly poignant, making for a kind of reunion between them. For anyone who doesn’t know shame on you! Cranston played dentist Tim Watley on Seinfeld, who briefly had a fling with Elaine. Watley was actually on the show in some pretty memorable episodes, but to see them again, now as Selena and Walter White takes it to a whole new level. And made for one of the best moments of the evening. 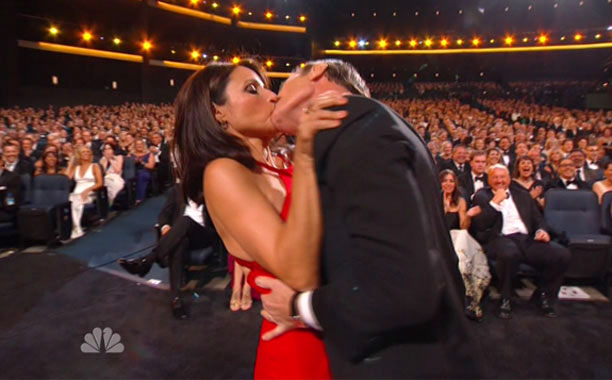 3. The True Detective winner that made everyone simultaneously exclaim, “Who is that hottie?” When Cary Joji Fukunaga won the award for best directing for True Detective, the buzz on this hot director began almost immediately. Much in the way one becomes an overnight sensation, Fukunaga is, and will continue to be on everyone’s lips, not just because True Detective was so amazing, and not just because he’s super hot, which is he, but also because everyone will want to know what the Emmy winner will do next. Personally, I’m excited for the news that he may be attached to a reworking of Stephen King’s It. 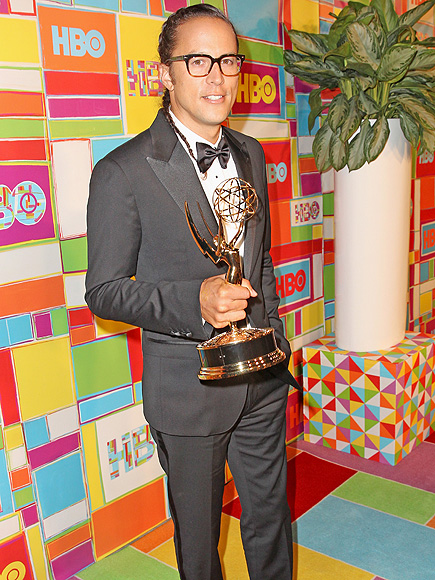 4.Julia’s dress. Julia Roberts, who got a lot of attention simply for being at the Emmys, and was called out with others by Jimmy Kimmel as infiltrating the show, stepped out of her fashion comfort zone last night. While I do love Julia, I have never really given the pretty woman much thought as a fashion maker. But last night, the applauded actress seemed to break pattern, and take a risk in a beaded navy mini dress by Elie Saab that stood out on the red carpet. 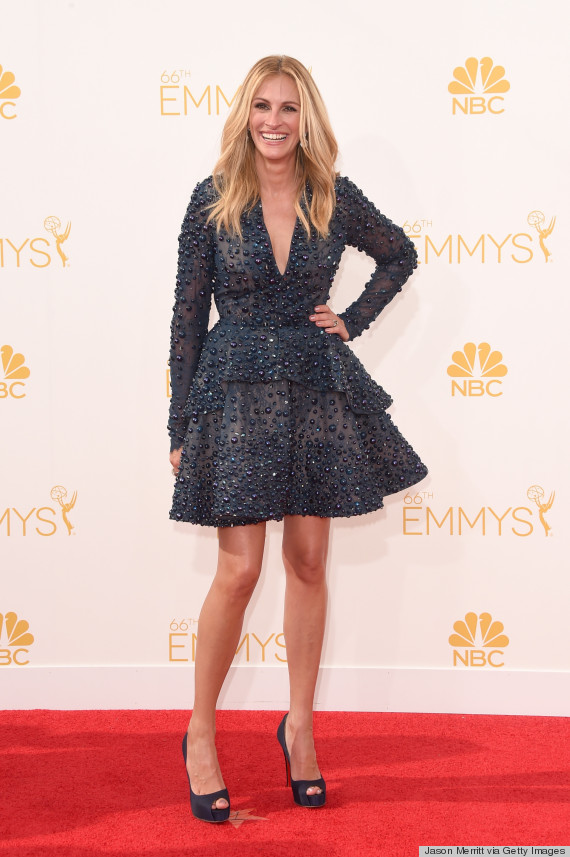 5. Repeat Offenders. Like Michael Jackson famously sang, “I’m bad, I’m bad, you know it, you know.” And last night, everyone knew who was bad, as Breaking Bad swept the Awards show, winning every major category for it’s last and final season. Having just watched the show in a marathon run earlier this winter, watching them win all over again felt different this time. I felt an affinity towards the show, waiting on bated breath, and clapping furiously upon hearing their names. And even though many felt the road should be paved for newcomers, if you’ve seen the show then you understand why Cranston, Paul, and Gunn not only needed to, but in every sense of it, deserved those wins. And what a way to go.