As a Duane Reade Vip Blogger, my tasks can include a variety of assignments month to month. Anything from reviewing a new brand of shampoo and conditioner, to writing about how to shop at Duane Reade for a perfect Saturday night IN, and sometimes, on really fun occasions, I get to leave the aisles behind for even more exciting roads.

On this particular occasion the roads led me to the Duane Reade store on 51st and 6th avenue, where the Bryan Brothers, the # 1 Doubles tennis champions in the world, just hot off their gold medals at the London Olympics were signing autographs. Also in tow was #DRNesquik, and the Nestle Nesquick Bunny,  who has teamed up with the brothers to help promote a healthy lifestyle, and the importance of a proper post workout recovery.

As gold medal winners, and currently having just won their last match at the Us Open, as we speak, Bob and Mike know a little something about both those topics, and they were on hand with Nesquick, not just to be seen, but to also stress how important that healthy lifestyle can be.

I downed some cold Nesquick, also on hand, as I listened to the brothers talk about their experience, both at the Olympics, and the Open. I was struck by how, in their towering presence (they’re both 6’4, though Bob is 3 cm taller), they were both soft spoken and humble, at one point even letting fans wear their gold medals.

After some insight into each; Mike on what their Olympic win felt like; Bob on what it feels like to be a new father during all this excitement, I finished my Nesquick, took some pictures, and hugged my new brown furry friend, the drink’s mascot and spokesperson so to speak.

After that, I followed the taste of chocolate milk to Spin, A hip, ping pong lounge co-owned by Susan Sarandon on the east side, where Nesquick was hosting a ping pong tournament in alliance with the FDNY. With the tourney already in tow upon my arrival, I realized that many Fireman had already bitten the bullet, but for those left style pinging away, the winner would then go on to play the Bryan Brothers in a final match to end all ping pong matches.

Nesquick provided samples and product to all the players, and their respective firehouses, and I sauntered around, observing the players, and also noticing that if I looked to my left, the 6 train subway was right there in the flesh. Only a pane of glass between the hip lounge and real life lounge of the subway. I thought to myself, I’m watching the Fire Dept of NY vying to get the chance to play the US Olympic winners in a game of ping pong, and drinking a chocolate milk, all essentially on the underground platform of New York City and the 6 train. Now, I ask you, what could possibly be more american then that.

and to see more pictures of the day, check out my Google Plus story here 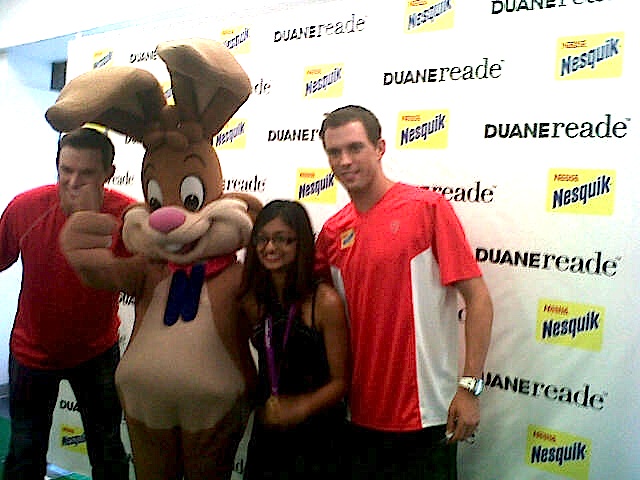 The Bryan Brothers do double duty at Duane Reade w/ the Nesquick Bunny and some BIG, little fans! 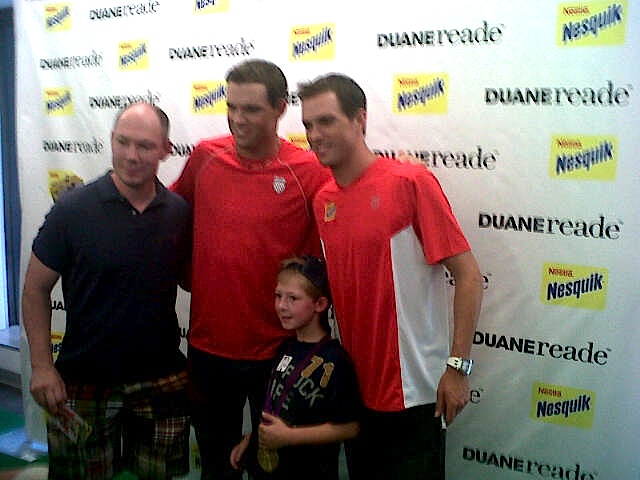 Nesquick is an important part of a post workout recovery as Mike and Bob illustrate, and it leads the way to Spin Galactic 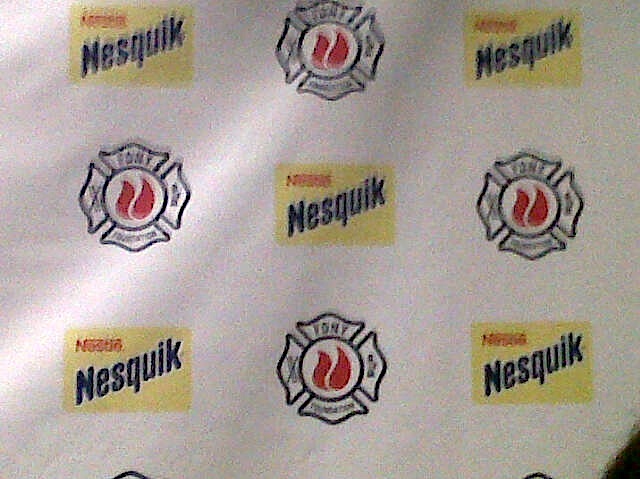 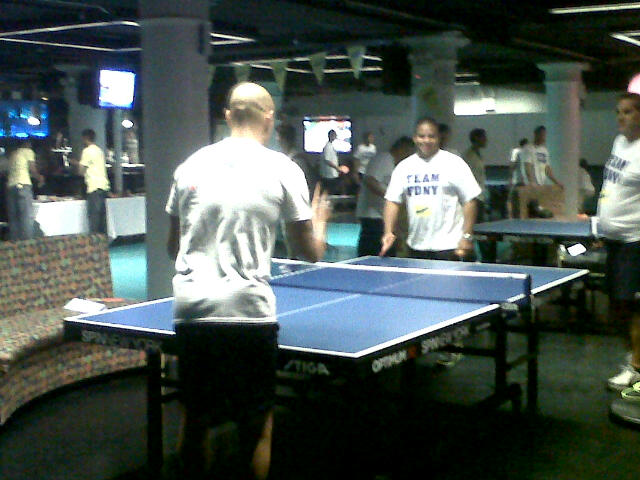 “This shop has been compensated as part of a social shopper insights study for Collective Bias. #CBias