5 Scary Movies to See on Halloween in NYC

This is one of the best times of year for horror film buffs, and scary movie lovers, which means for me, I’m in my annual heaven. And though most don’t share the predeliciton for horror, I still enjoy sharing the love of film, even if it is in a potentially disturbing category. So, here are five scary movies to see this Saturday on this year’s NYC Halloween. From the classics, to special screenings, and a few new releases, it’s sure to be a night to dismember. See below for a few ideas, if film is how you’re spending your Halloween night. They take place at some of the coolest movie theaters in New York City, including a drive-in city style of course.

1. A Nite to Dismember at Nighthawk Cinema in Brooklyn. I love talking about how much I love Nighthawk. It began last Christmas, when I went on my first visit; Gremlins and brunch. This year, I’ll be returning the day after Halloween, for a Ghostbusters brunch. But many lucky people will be attending the night before, Halloween night, for the theater’s annual event, A Nite to Dismember. The all night long event includes screening five classic horror movies like Poltergeist, and Scream, and one brand new release that will be a surprise! There will also be the annual costume contest, trivia, short films, and complimentary breakfast. 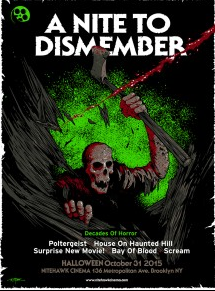 2. The Hills Have Eyes at IFC Center. As part of the theater’s Wes Craven tribute that’s screening classic Craven movies through December, IFC is showing The Hills have Eyes on both October 30th, and Halloween night. 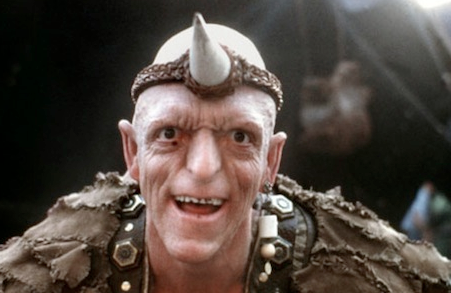 3. Shaun of the Dead Halloween night at Videology.  This Halloween, (which falls on a Saturday, meaning it will be an extra crazy night out there), Videology Bar and Cinema in Brookyn will be transformed into Winchester Tavern, the setting of cult classic, zombie movie Shaun of the Dead. The one night only event will screen what some consider one of the greatest zombie movies of all time on a reoccuring loop all day, starting at noon. Sounds like a Zombie paradise. 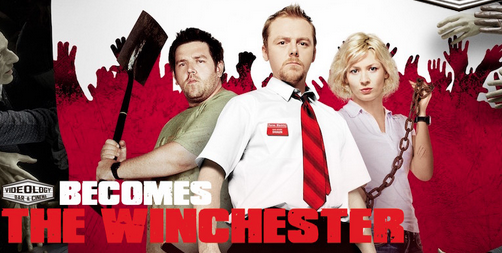 4. The Rocky Horror Picture Show at Bowtie Chelsea Cinemas. One of the little, hidden gems of New York City lies within the Chelsea Bowtie Cinemas on West 23d street. Every Friday and Saturday night at 12 am, like in the old days of NYC, in the Astor Place theater, (now an NYU restaurant), the theater plays Rocky Horror Picture Show on the big screen. In the old days, we used to attend every Friday at midnight, reenacting scenes. Nowadays, I don’t know how zealous the crowd is, but the one thing about Rocky Horror fans is that they never really go away. So before Laverne Cox takes over the famous role, head to Chelsea and watch the original. Or even better, dress up and go Halloween night to really have some fun. 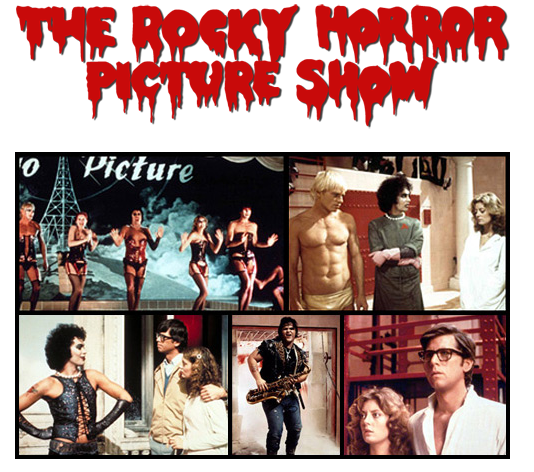 5. New movies Crimson Peak and Paranormal Activity Ghost Dimension. If the classics aren’t your thing, check out a new release. From master Guillermo del Toro, to the latest in the Paranomal Activity franchaise, there are plenty of options to go around. Check Fandango for reviews, theaters, and showtimes. 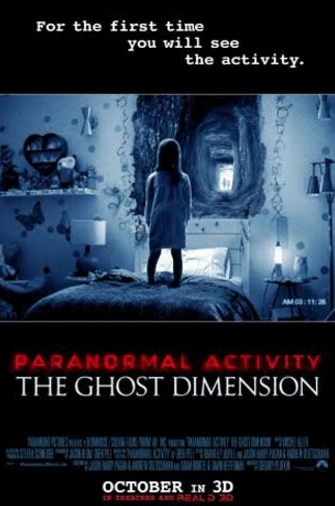