New york city is fun when you plan stuff, but it’s also all about impromptu events that can change an evening, or a life for that matter. A chance encounter, a brief interlude on the street with someone you may, or may not ever see again, and as was the case Saturday night, a last minute invite on a girls Friday night out to a gala, the next night.
Now, I have spent the last 30 so years representing mainly one borough. I don’t really do borough. As any true Manhattanite will attest to, I live in a bubble.
But the last few years I’ve broadened my horizons a bit, challenged my comfort zone, not counting driving to Sea in Williamsburg, and then coming directly back, and experienced Bushwick, Fort Greene, Cobble Hill, Flatbush, Astoria, and now, after Saturday, the biggest broadened horizon of all – daring to go where no true islander has gone before. Across the pond.

In the future, where 8 am gridlock happens on flying cars in the highway in the sky, Staten Island is a hip, up and coming borough where people go to try the hottest new restaurant, or bar. In reality, it’s the red headed step-child town where Mob Wives takes place.
In Working Girl, Melanie Griffith rode the ferry back and forth every morning, with her giant horrific hair and thick accent until she met her prince, cut her hair, lost her accent and of course, the obvious and final effect, moved into Manhattan.
Carrie Bradshaw described it as a quaint European country, where the American music was 20 years behind, and you could smoke wherever you wanted, when her and her pals ventured over in season 3, so she could judge a fireman’s contest.
And when I ventured over on Saturday, I had my Miranda, my Charlotte and last but never least, my Samantha in tow.
The background was my friend’s boyfriend, who had invited her, and her friends to a big gala being thrown on the other island, benefiting schools. The setting was a balmy, warm Saturday night, 2 guys in suits and dark sunglasses, and 4 girls dressed to kill, getting oogled while NOT inconspicuously boarding the ferry. Remember the Sesame St. song, one of these things just doesn’t belong here…… It got worse once our fashion show and photo shoot started, shortly after taking off, and commenced w/ me being held back after my inner street girl noticed some locals making fun of us.
I rode the ferry once back and forth on a first date. But I had never actually stepped onto dry land before tonight. Across the street from the ferry hub was a Chinese restaurant, next to a Pizzeria, an Indian restaurant, and a Deli. Wow, Staten Island is so diversified, I exclaimed.
We arrived at the venue, a catering hall that looked like it could be on a commercial, where the tagline is, we throw weddings, were treated to a 4 course meal, drank at the open bar, tried our hand at silent raffle auctioning, and danced away to the local cover band. All in all, we had a blast, and a perfect Saturday night w/ the girls got even better when, after sitting in the parking lot for half an hour waiting for our car back home, we realized the vacant Escalade Limo waiting in the corner was in fact, ours.
So as any stylish foursome would, circa prom 1998, we island hopped all the way back in classy wheels, making sure we pulled up to the Manhattan bar just at the right place and time. For some reason, being in a limo in Manhattan specifically, gives one the inexplicable need to pull up somewhere where we can see the ‘who are they’ faces arrive on everyone staring out the window. Well, it was some snarky girls, but either way, mission accomplished. Hours after the Gala, Staten Island was a distant memory, but visions of accents, and outfits danced in my head.
Staten Island had my body for the night, but only one island could ever hold my heart, and I was back on it. Ahh, it feels good to be home….. 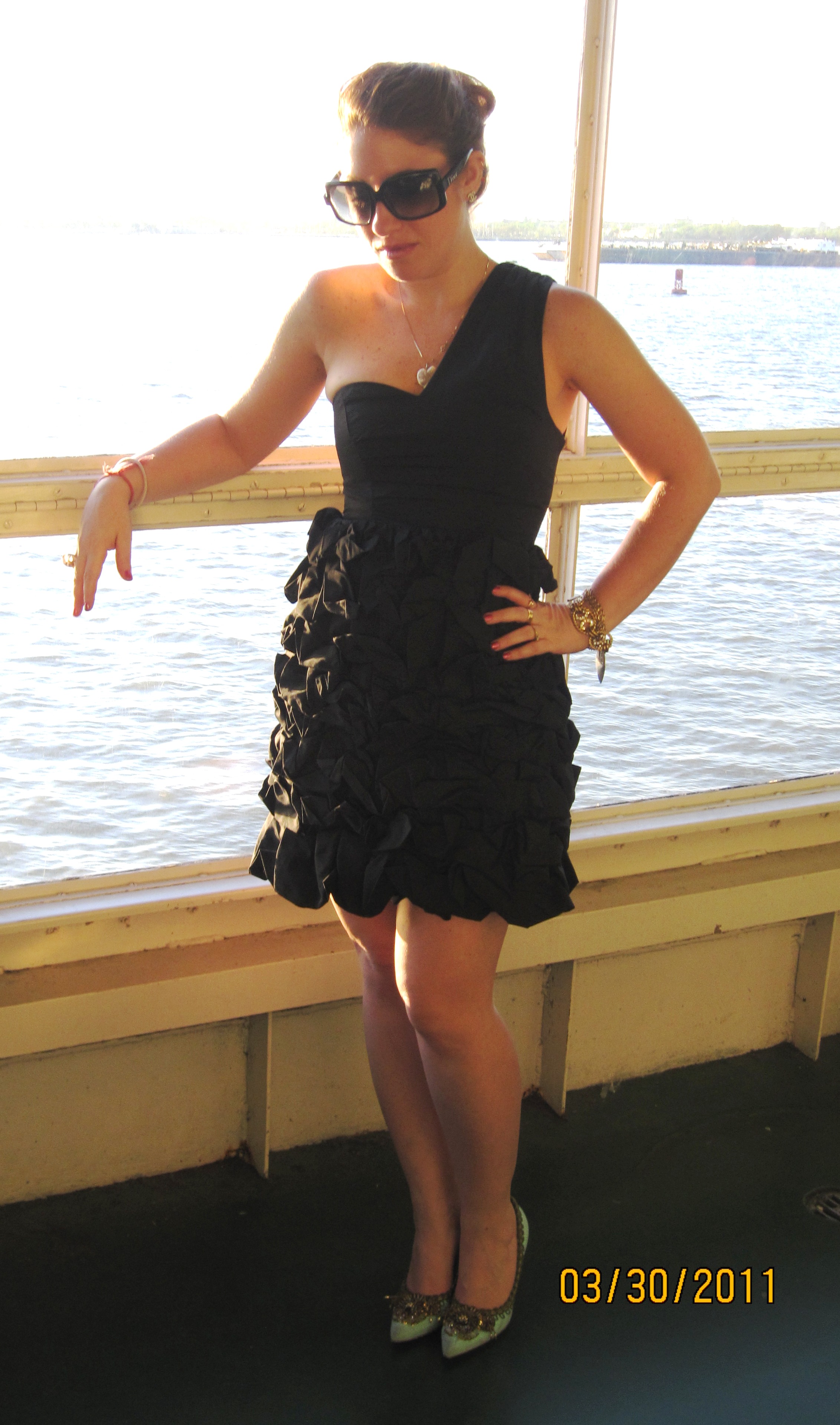 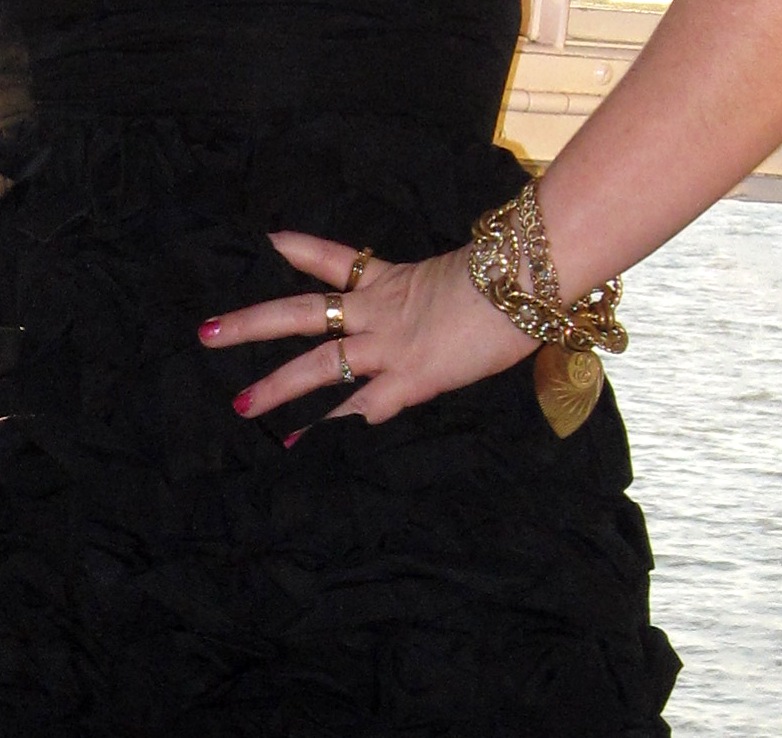 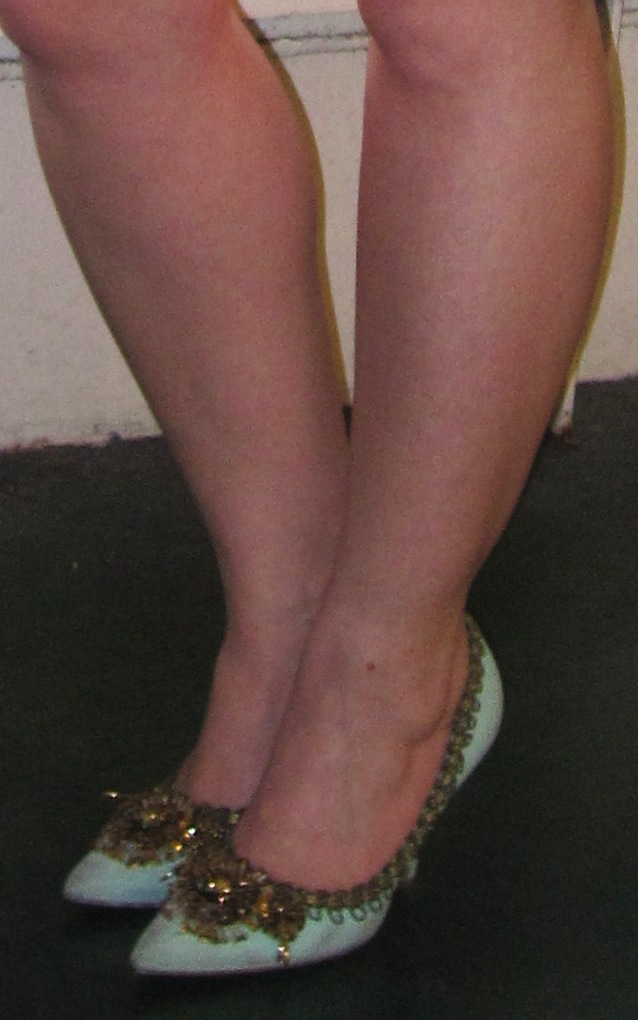 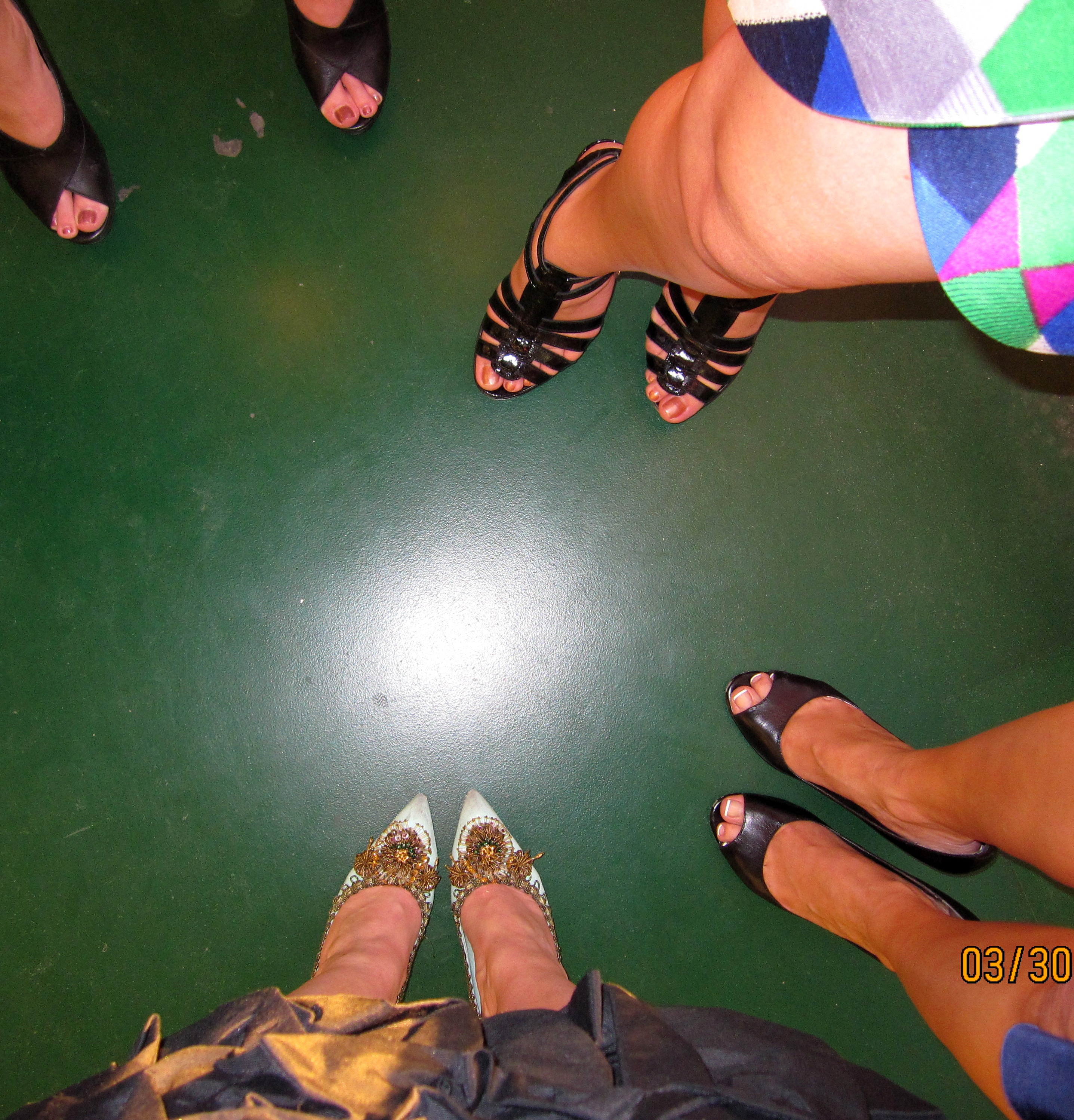 Crossing into Staten Island in style with our friends, Ann Taylor, Christian Louboutin, and Miu Miu