No Glove, No Love

One thing I hate most about winter, is the constrictions on everything. You have a cute outfit and shoes to match for that big date on Saturday, but with the snowstorm approaching, the shoes you bought will be ruined, and you’ll be sweating in the dress under your 3 top layers, while at the surface, your face suffers from a slight bout of frost bite.

One of the worst constrictions of all is gloves. Let me just say this right now- I hate gloves. Long gloves, short gloves, and then there’s the antithesis of gloves themselves— the mitten.

About five years ago, I decided to take matters into my own hands, so to speak. I gathered all my winter gloves, and proceeded to cut off the tops/fingers of all of them… Before this was considered a trend, I  rocked my newly crafted gloves, all the while getting made fun of with: um, I think you lost something, or ahh the new look of homeless chic is it? – I took it all in stride. Sure I was getting made fun of, but I also had 10 extra minutes then them in each day saved from taking gloves on and off ….

Imagine my excitement, and told you so thoughts, when suddenly last year fingerless gloves became all the rage, spotted on runways, and in stores. So as usual, I was unappreciated for being ahead of my time, like most of the great masters : )

This year, that trend was taken a step further with convertible gloves; fingerless gloves w/ a covered part attached, doubling as a mitten. Oh joy!!!!

Although I can’t take credit for this idea, I will gush about how great these gloves are. A pair in yellow on modcloth.com are already sold out. In an age, where EVERYTHING seems to be touch screen, and manipulated solely by the push of a button, the idea of the mitten just seems obsolete, and in a city where time is precious,  imagine how much time can be saved by not having to remove anything to push all these buttons that rule our daily lives.

I received a pair of convertible gloves for the holidays from a friend and have been wearing them ever since.  Sure, the tips of my fingers are slightly numb, but the snapped over mitten part remains buttoned and unopened.

I don’t really have anything that is touch screen, but I do have metrocards, and keys, and ipods that needs shuffling, and now I get to have all these things right at my fingertips…. Literally… 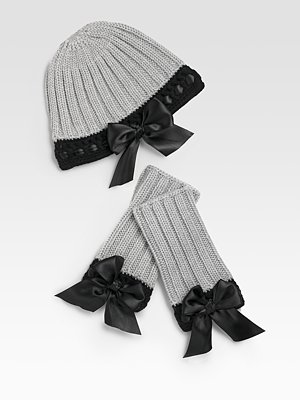 Below- Urban Outfitters cheap chic gloves on sale for $3.99 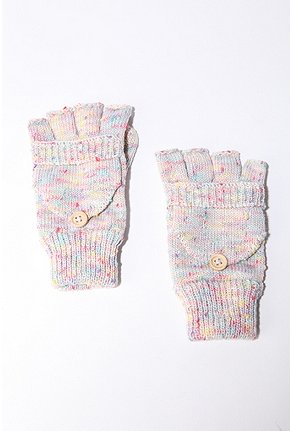