If you know me personally, or you’re a reader of this site, you probably already know that last year, (before actually getting officially married), me and my love got sorta married at the Hard Rock NYC. A long while after that, we went on to actually say our “I do’s”. We then promptly hopped on a plane less than 24 hours later headed for sunnier skies, and vacation rules. We were on our way to rock, but this time at the Hard Rock Punta Cana, and as newly married people. 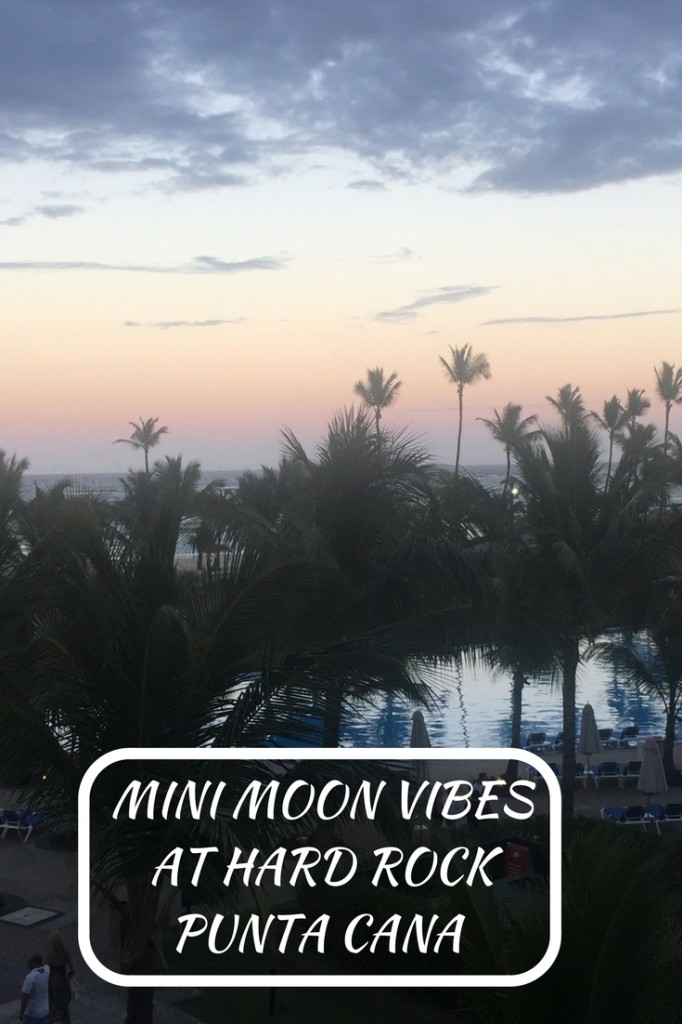 The hotel, like most Hard Rocks, has rock icons and memorabilia everywhere you look. From Mick Jagger paintings, to the actual white limousine from Madonna’s “Music” video. Sometimes hotel decor can be hard to pull off, but in this case, the look works at every turn and corner. The fact that it’s set against the backdrop of a gorgeous blue sky, clean air, and beach smells doesn’t hurt either. 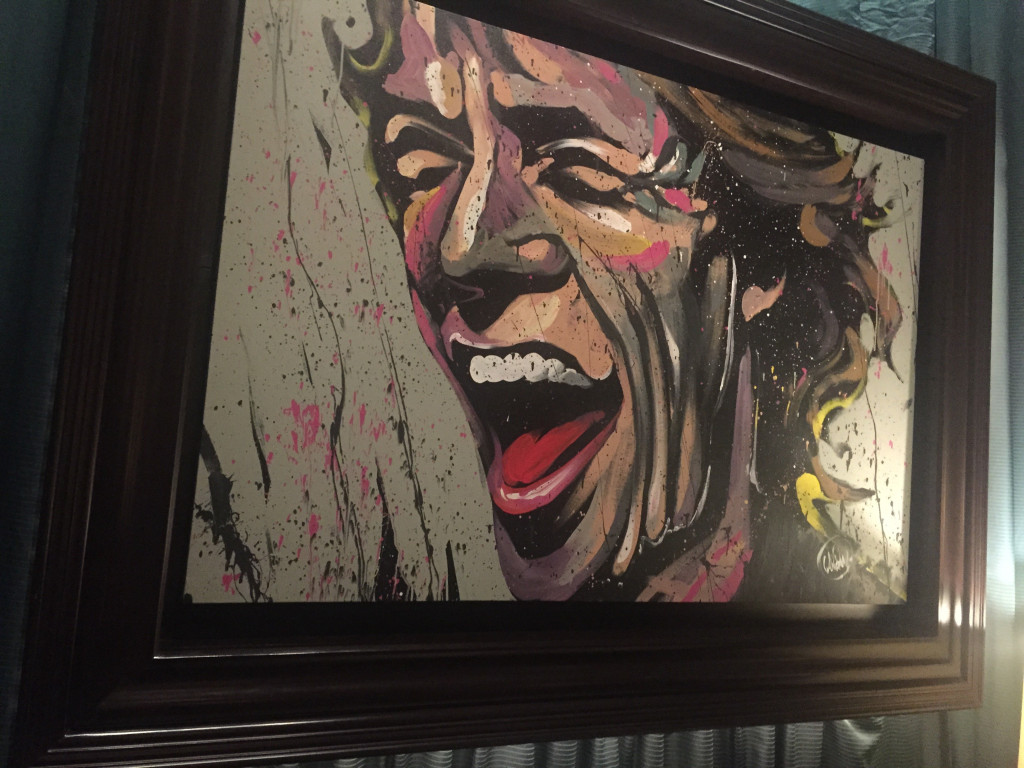 Days at the Hard Rock Punta Cana are spent at the pool. The massive hotel has many, basically split up by status level. The more frequent a visitor, and money spent, the nicer your pool area. If you’re between the ages of 20 and 30 and on your spring break, you’re likely staying by the party pool. So where did we wind up? The chillest pool, of course. 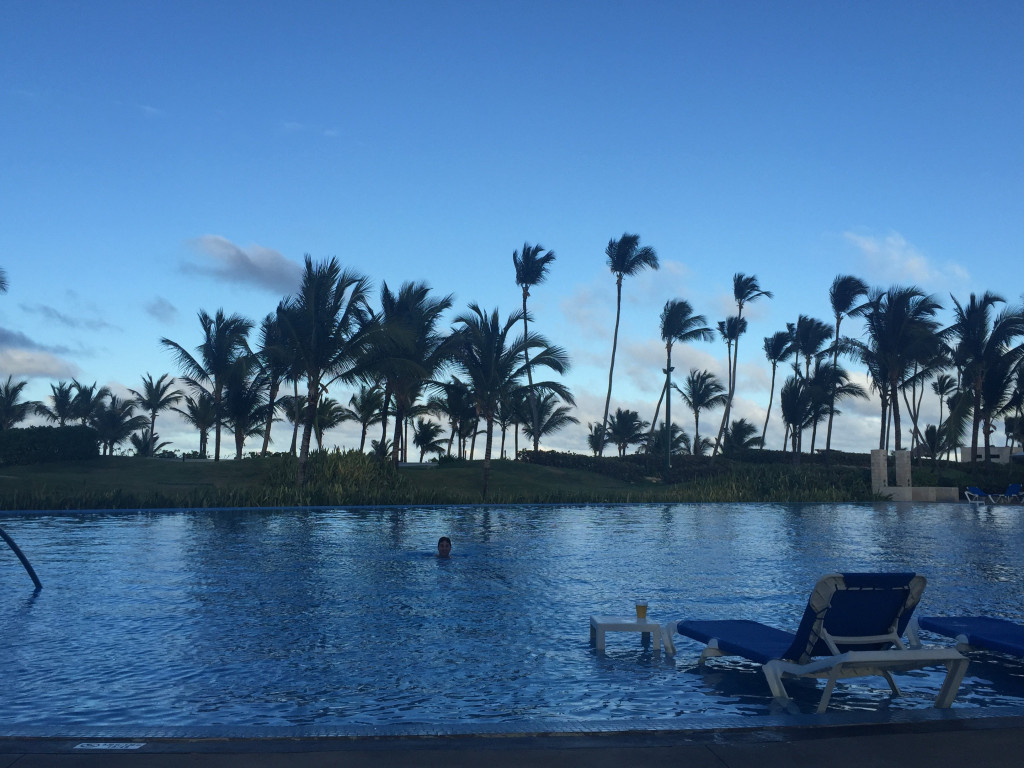 I talked my newly minted hubby into riding horses on the beach, one of the main activities at the Hard rock PC that I was excited to do. After all, I’ve snorkeled dozens of times, and I don’t love jet skiing that much anyway. Or waterskiing. You’ve seen Jaws 2 right?? Not only was it a new experience for us together, but actually a really fun one. Even if I enjoyed it the most out of the both of us. I trotted forward, feeling nostalgic about my horse back riding days at Claremont on the Upper  West Side, while he moved along quietly behind me. He would clearly be much happier when it was over. But we can still remember it this way anyway: 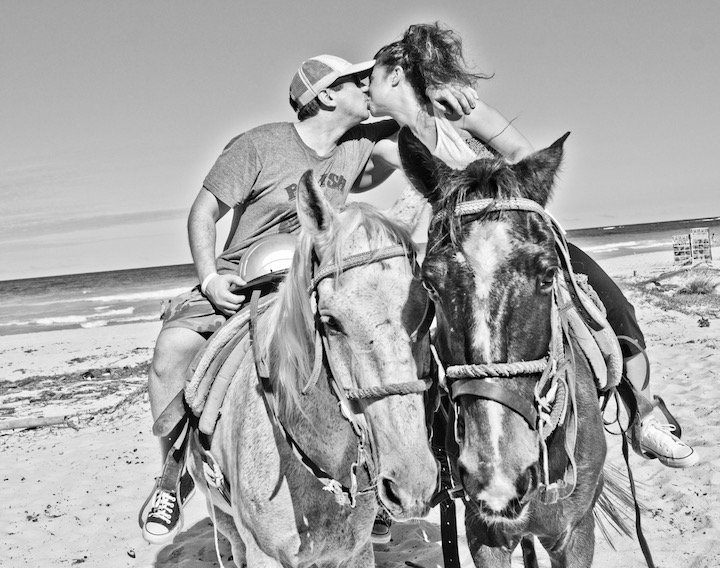 One of the best things about all inclusive is taking advantage of room service. Sometimes, even when you’re not hungry. When we weren’t laying by the pool, beach, or riding horses, we were on our balcony. This also usually involved room service, and these chicken fingers and nachos which were both on on heavy rotation. 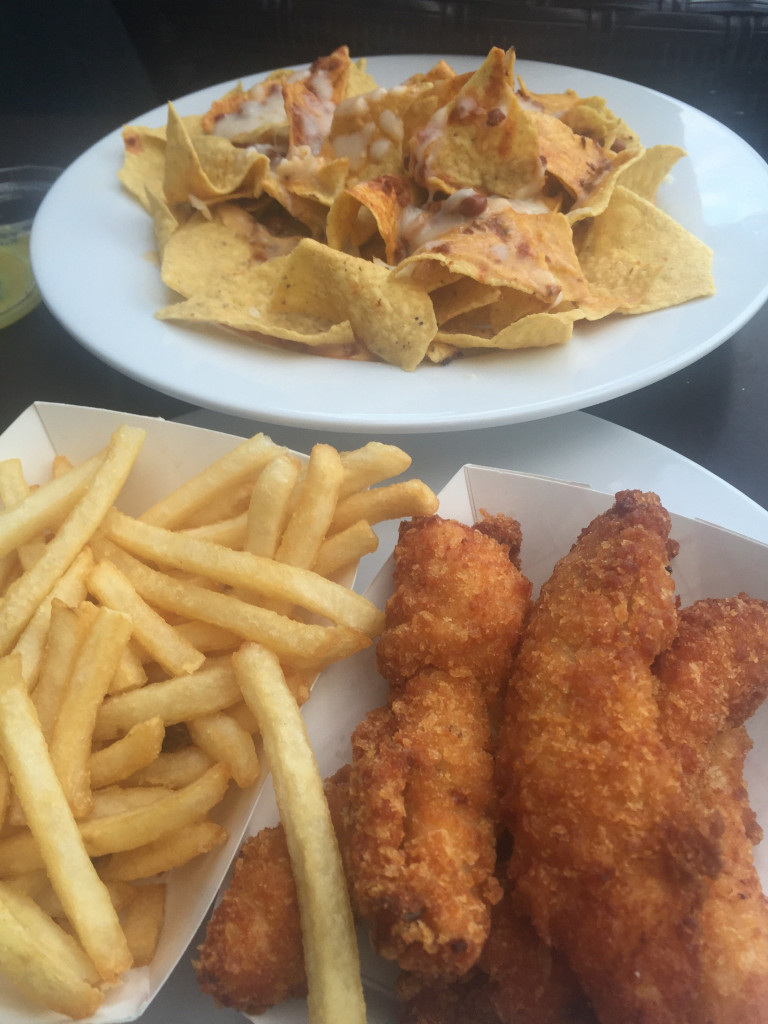 Hard Rock had the idea of putting up their hashtag in the form of giant block lettering around the grounds. Sheer brilliance, I must say. Not only it is smart and free PR for the Hard Rock Punta Cana, but more than that, it plays at our most popular emotion these days; selfie coveting. The signs are a perfect photo opp, so of course the newlyweds had to give in and take our due advantage. Immediately following we returned to our beach chairs where we proceeded to sip Pina Coladas and people watch the rest of the groups heading down the beach towards the photo worthy prop. Theirs would involve would- be model shoots, selfie stick holding and lots of aerobatics around, in and on top of the sign. 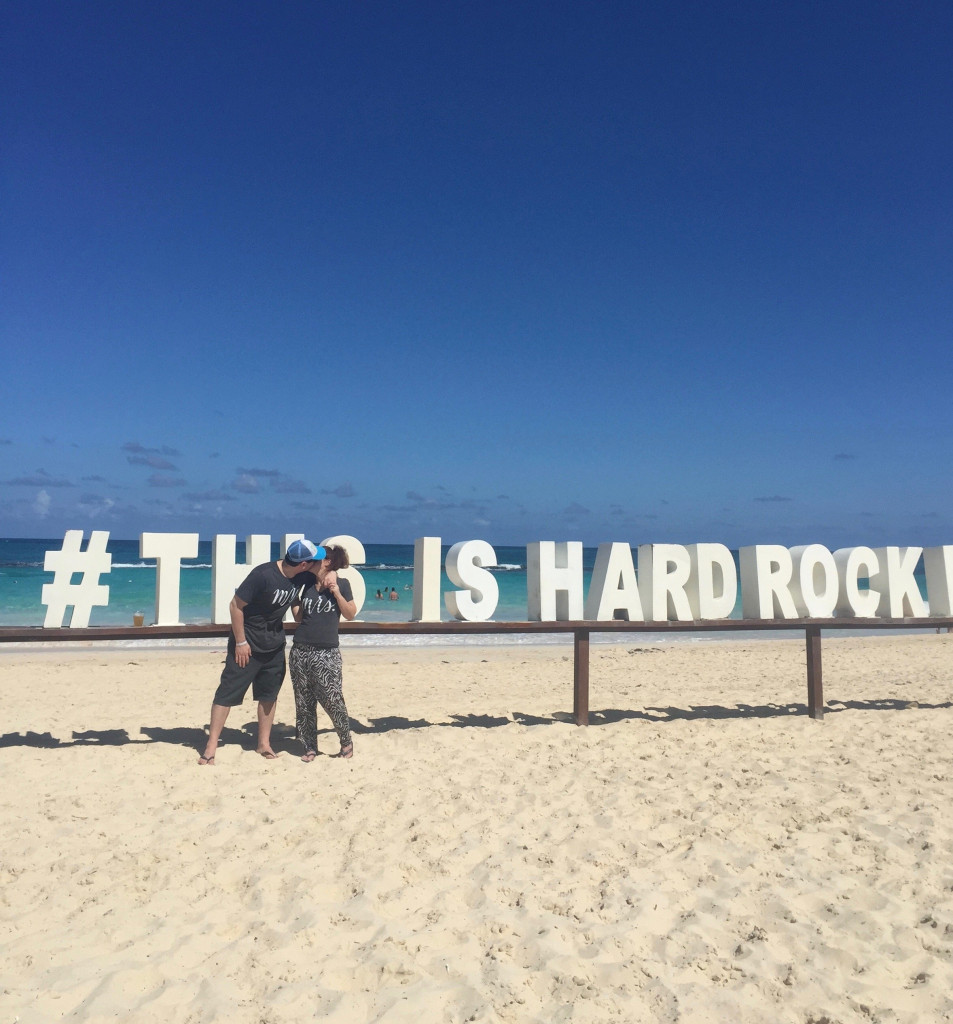 Dinner our final night offered a variety of options. At an all inclusive, as you might know, it’s kind of a dining free for all. Did you ever see Defending your Life with Albert Brooks? He goes to a version of heaven where you can eat as much as you want. You never get fat, and when you order, it comes out hot and perfect in seconds. This is sort of like that.

We settled on Zen the Chinese Japanese restaurant; and one of nine others. We had the choice of Chinese food a la carte, sushi, or hibatchi. Though we spent a moment seated at a table, we quickly changed our minds and wound up at the hibatchi table. Something we realized was the better idea. The hilarity, from a random local celeb eating Italian food at our table, to the typical antics of the Benihana style chefs resulting in actual egg in my eye, would soon ensue. Of course, hubby caught the chef’s throw perfectly in his mouth. What else is new. It was by far the best meal of the trip, egg eye and all. 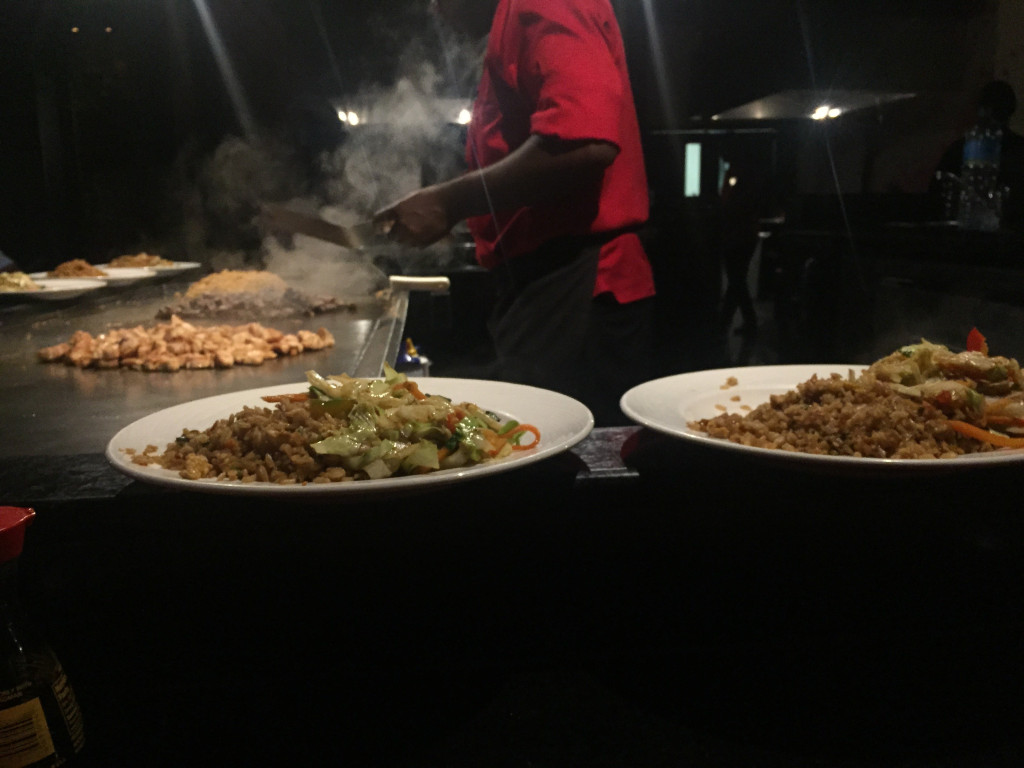 We didn’t take advantage of one of the most popular aspects of the Hard Rock; the casino. But that was mainly because as brand new married people, who had just paid for a wedding, we didn’t want to lose anymore money. But on your trip, you totally should, at least once. With Spring Break upon us, it’s the perfect time to plan your trip to the Paradise inspired all inclusive experience that is the Hard Rock Punta Cana.