I am a member of the Collective Bias®  Social Fabric® Community.  This shop has been compensated as part of a social shopper insights study for Collective Bias and their client.

As a brand ambassador and vip blogger for Duane Reade, I get the  opportunity to try some amazing new products, sometimes before they hit the stores, and participate in exciting events in and around the city of New York, the home of the ubiquitous drugstore. But rarely is there an event that celebrates the store itself, and all that it’s accomplished. Its biggest accomplishment to boast? Celebrating a record breaking one million twitter followers. Though already a milestone, it’s proven to be an even bigger feat when you consider that it far surpasses its counterparts, and is only a regional brand. That means that more people across the states are paying attention to Duane Reade, then any other drugstore, or similar store, even though there is much more of them, then there are of us. Pretty darn amazing, and just a further testament to the power of New York City.

If you already pay attention to anything I have to say, then you know that not only am I a native New Yorker, and uber Manhattanite, but I have a pure, unadulterated love for this island we inhabit. So, it couldn’t be more fitting or perfect that I get to represent a company that not only has all the tools we need to survive the city, but also encompasses all that we love about it. Duane Reade the store is a one stop shop for anything you need, as I’ve written about time and time again. But Duane Reade, the Brand, is everything you need to KNOW, in this great city. Covering inspiration, city images, and the best free events daily, it’s a hub of information for all things New York. Clearly, you don’t have to be a native, or a New Yorker though, to love this great city, as proven by the million followers the store has garnered, hugely in part due to their own love of this great city and how they see it. As the fall season hits, I love New York more then ever. And clearly, the world feels the same about Duane Reade.

Instead of Ending with a Bang, I started with a Blow-dry- from the amazing Michelle in the Hair Bar at the flagship store on 40 Wall street. 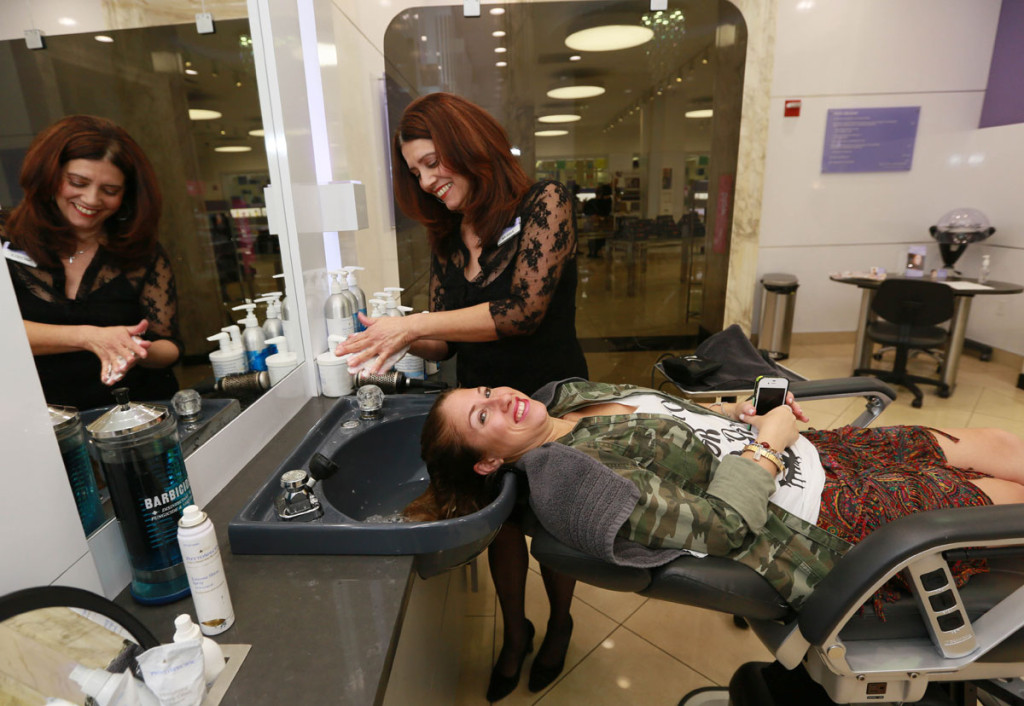 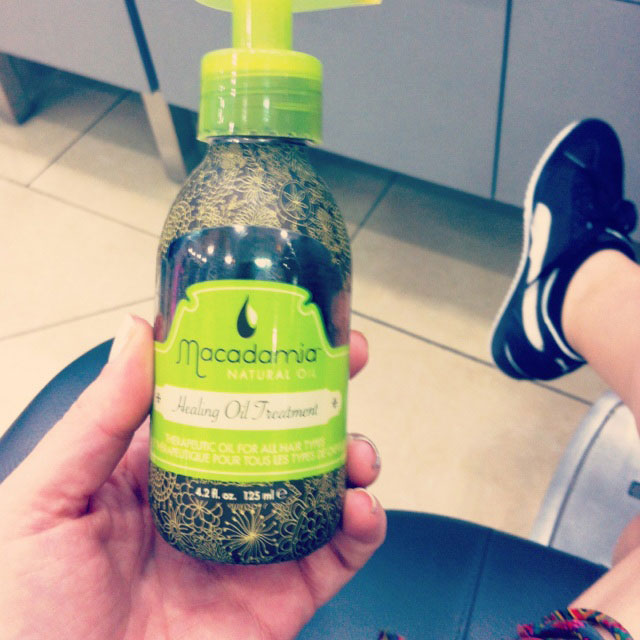 This stuff is Amazing 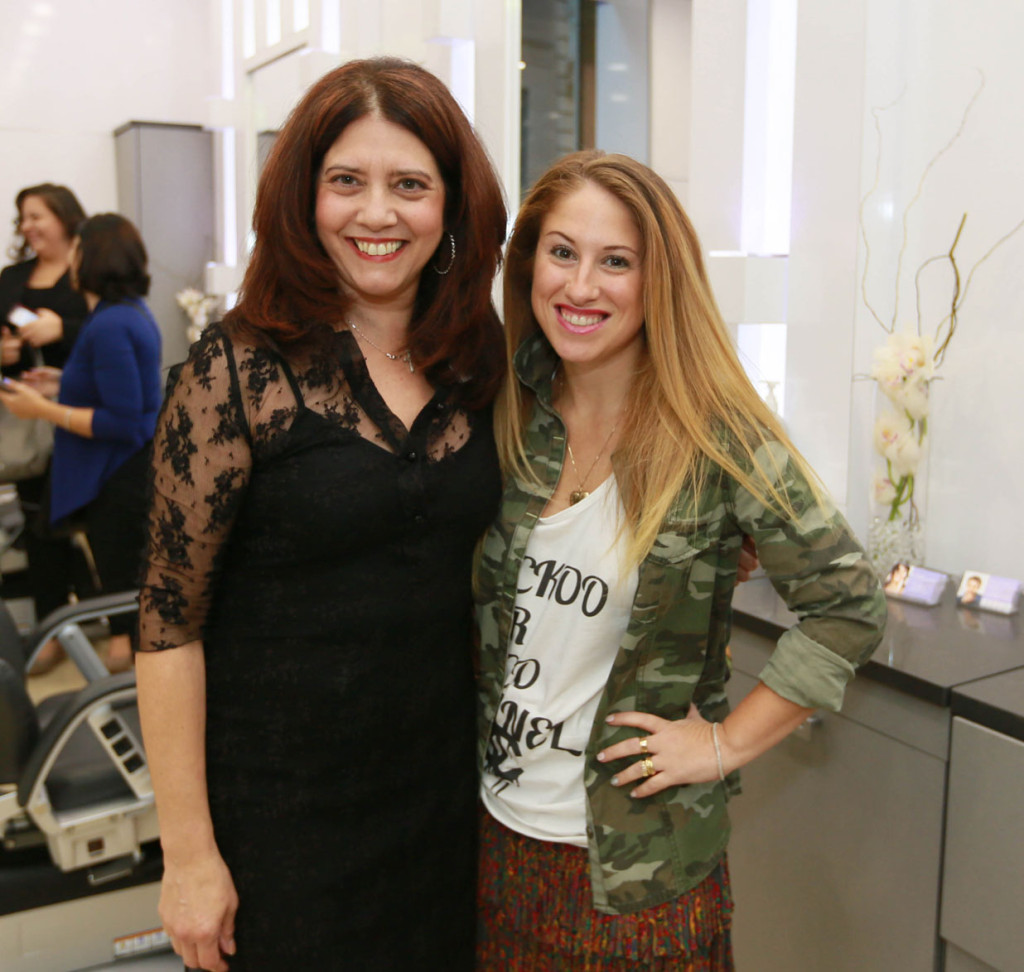 So I do clean up okay, after all 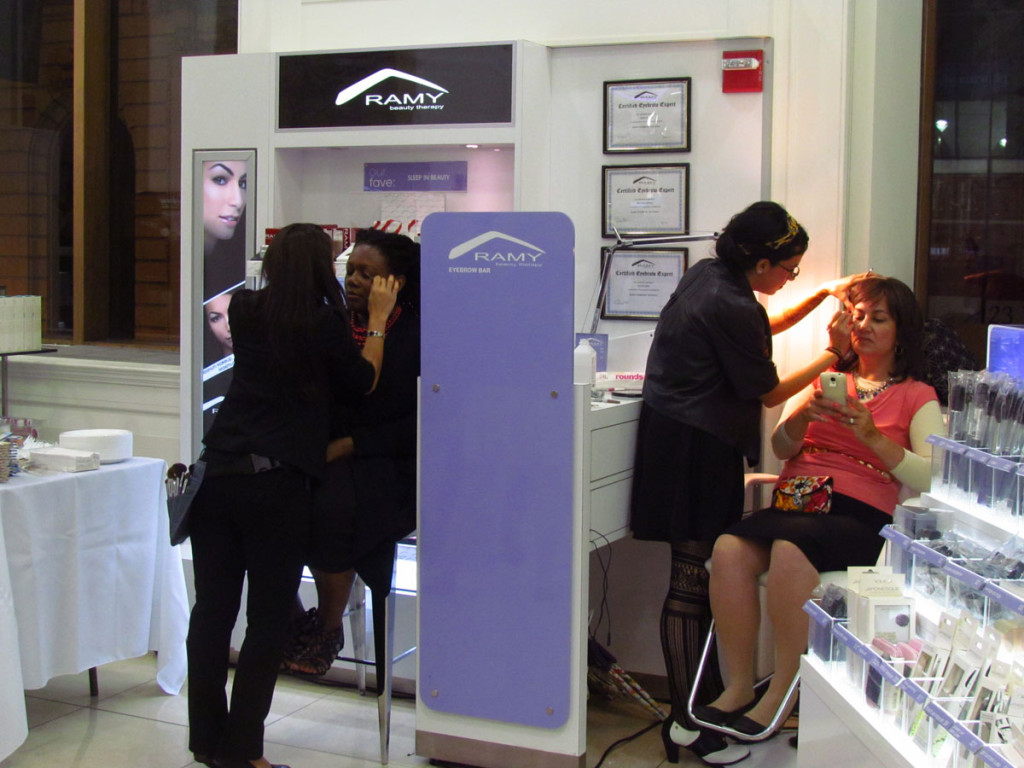 complimentary blow-outs, manis, and brow grooming was available at the event, all courtesy of the amazing mini salons inside the regal flagship store 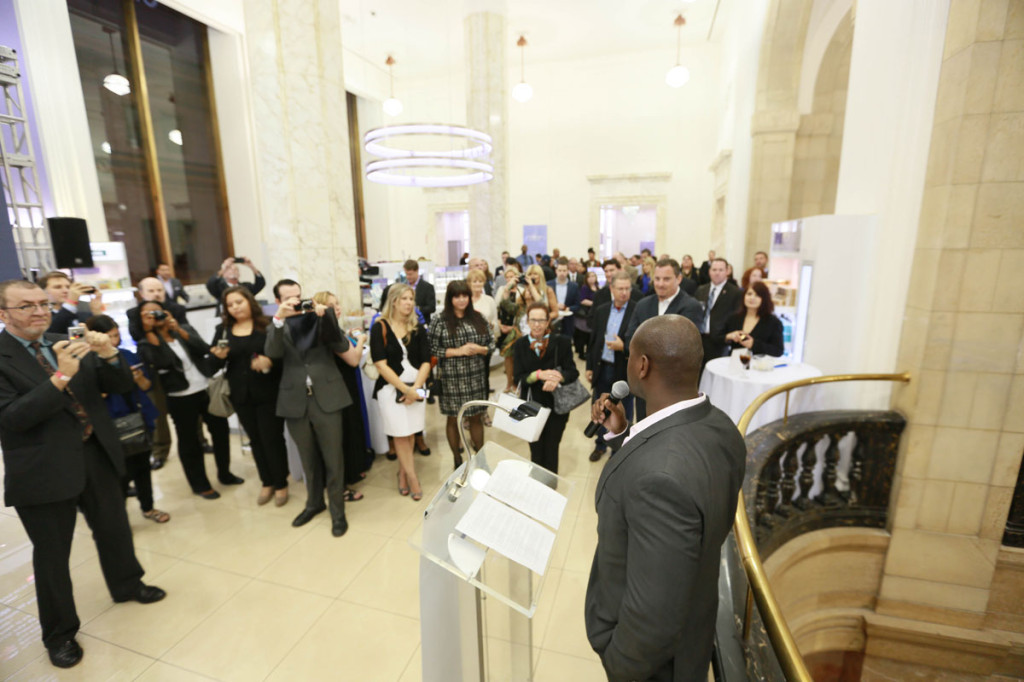 Calvin Peters spoke to the power of the brand, and the people that propel that power 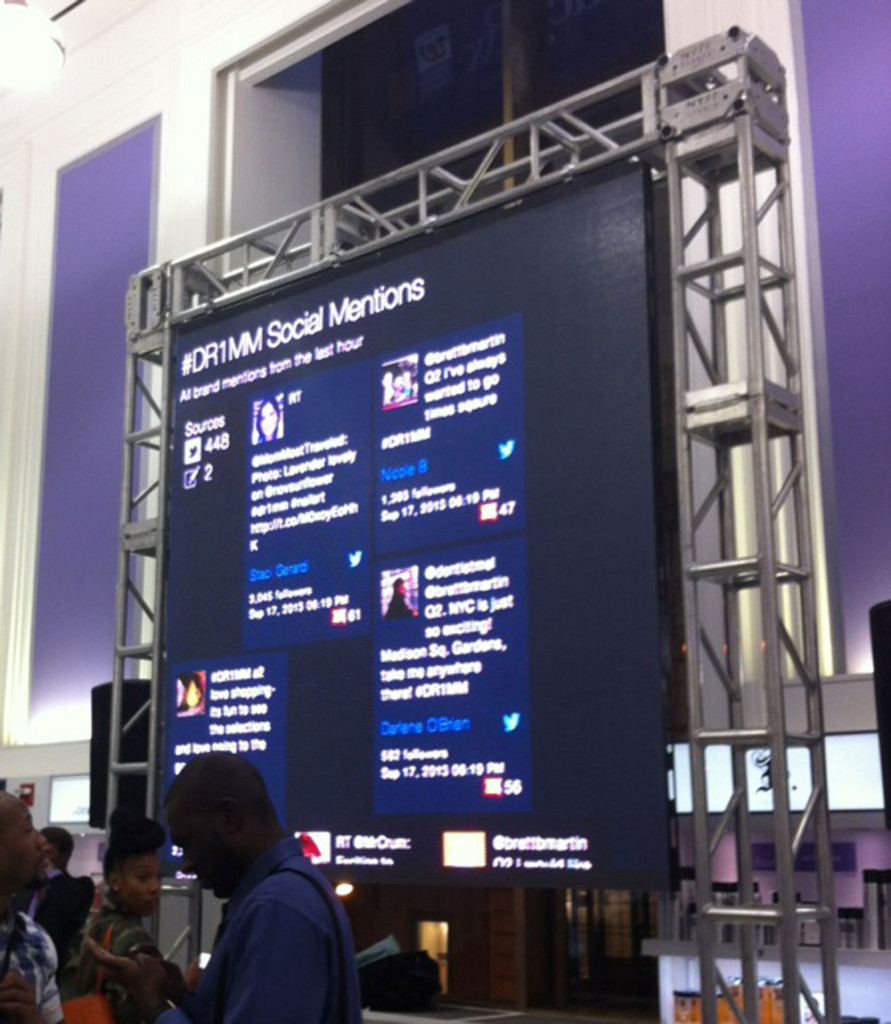 The Board with the Power ~ At the height of the twitter party, tweets were coming in literally every second – now that’s powerful social media! 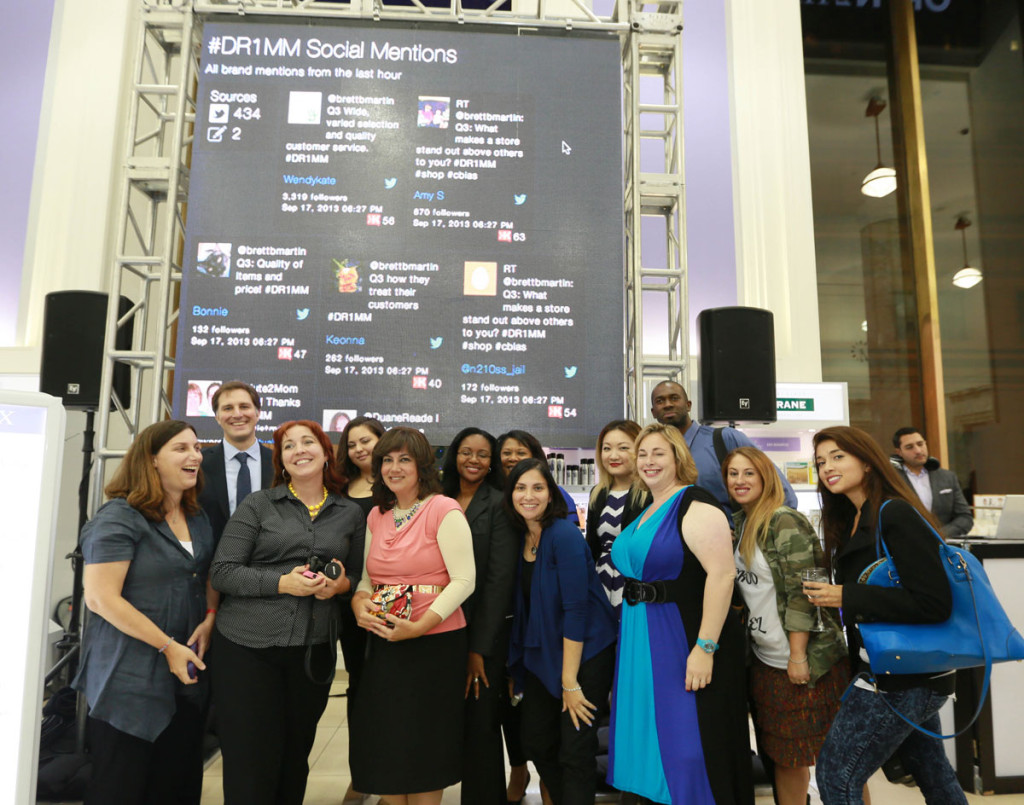 some of the people that make it so powerful, the VIP bloggers- 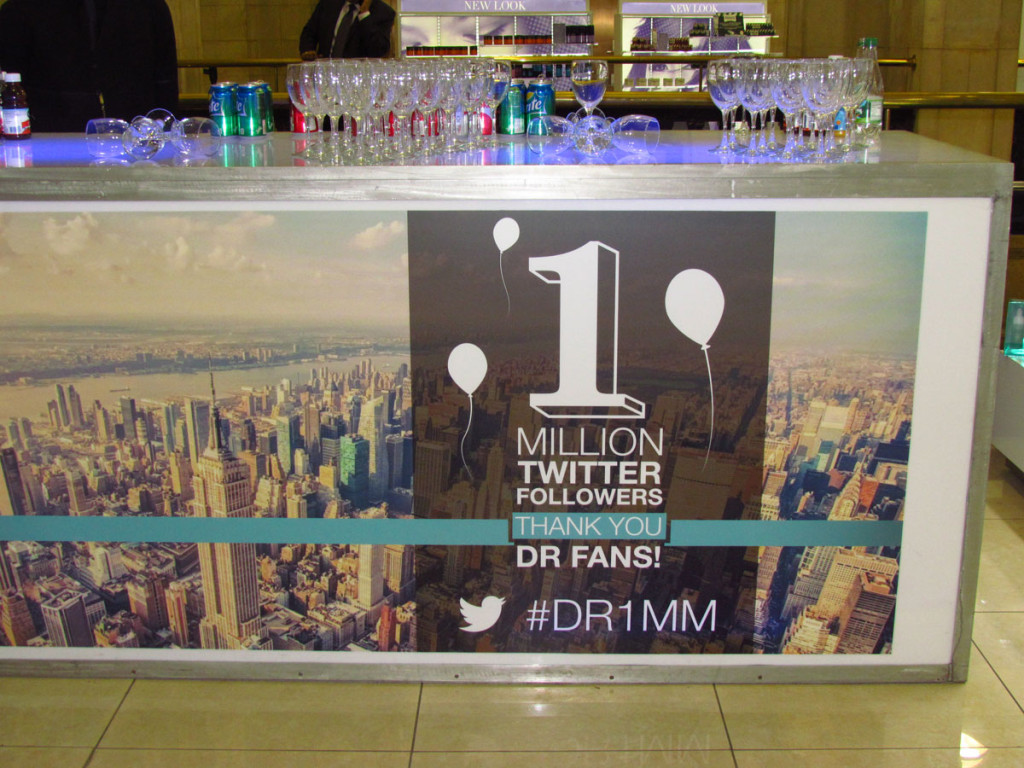 See you at 2 million!