Midnight in the island of good and evil: FNO- Fashion Night Out September 2011

I have a confession to make. Although I was raised in between NYC crowds, I also have a strong hatred and impatience for them, more so then the typical person. Maybe not more then the typical New Yorker. While being a stylista, it is this hatred that makes me hate and love last night, FNO, fashion night out, which from my calculation, has grown a bit too big for it’s britches.
Fashion Night out started as a way for shops to make money after 9/11, and bring life and fun back into this city. In that sense, it is fitting that on the near 10 year anniversary of 9/11, the city was literally overflowing with photographers, stylists, models, bloggers, artists, designers, and oh yeah, just regular old people. A LOT of them. Three years later the night is less about bringing life back into the city; (trust me, based on what I saw, that is not a problem), but now resembles one giant party, except the entire island is the club. This club is hard to get into, crowded, and seething with beautiful people, and some trying to be. I saw all kinds last night.

I guess one of the most exciting things about fashion is it’s capability to be unpredictable. And in that vein, last night did not turn out exactly how I had planned by any means. Truth be told, I didn’t saunter around as much as I had expected; but again, that’s okay. You don’t need to run into every store, buying every promotion to enjoy fashion night out. It’s basically like any other night out, except there are more freebies, more celebrities, and a lot more fascinators.

I started the night at Saks for some events, partnered with Stylelist, where I got my hands on the Chanel Denim nail polishes I’ve been waiting for all week, listened to a gospel choir concert,  and took some pictures with some Stella Mccartney models. After this, headed downtown to the Shop Addicts Fashion Binge party benefiting Project Lady Bug, where I got to preview several indie designer’s new collections. (More on this later though)

By the time we reached downtown, half an hour and $20 cab fare later, we arrived in Meatpacking to an extraordinary scene. Imagine Spring Break in Cancun but instead of a beach, it’s concrete streets, instead of bathing suits, it’s stilettos and big accessories, and instead of yard stick drinks, cocktails and martinis. DVF was packed in like fashionable sardines. In front of Scoop a dj blasted jazz tunes, and at Tory Burch, it looked like Woodstock, with fake grass down in the front. A few excited girls danced barefoot on the grass to blaring music, without a care in the world. Out of the whole night, of all the outfits I saw, these girls were the most fashionable. I have no idea what they were wearing. I don’t remember. But they were having fun, and for just a moment, it wasn’t about what they were wearing, or who they were, it was just about living in the moment. On an island, where only the fashionable survive, just wearing something cute isn’t going to cut it. You have to be authentic to truly thrive. That is what being stylish is all about. 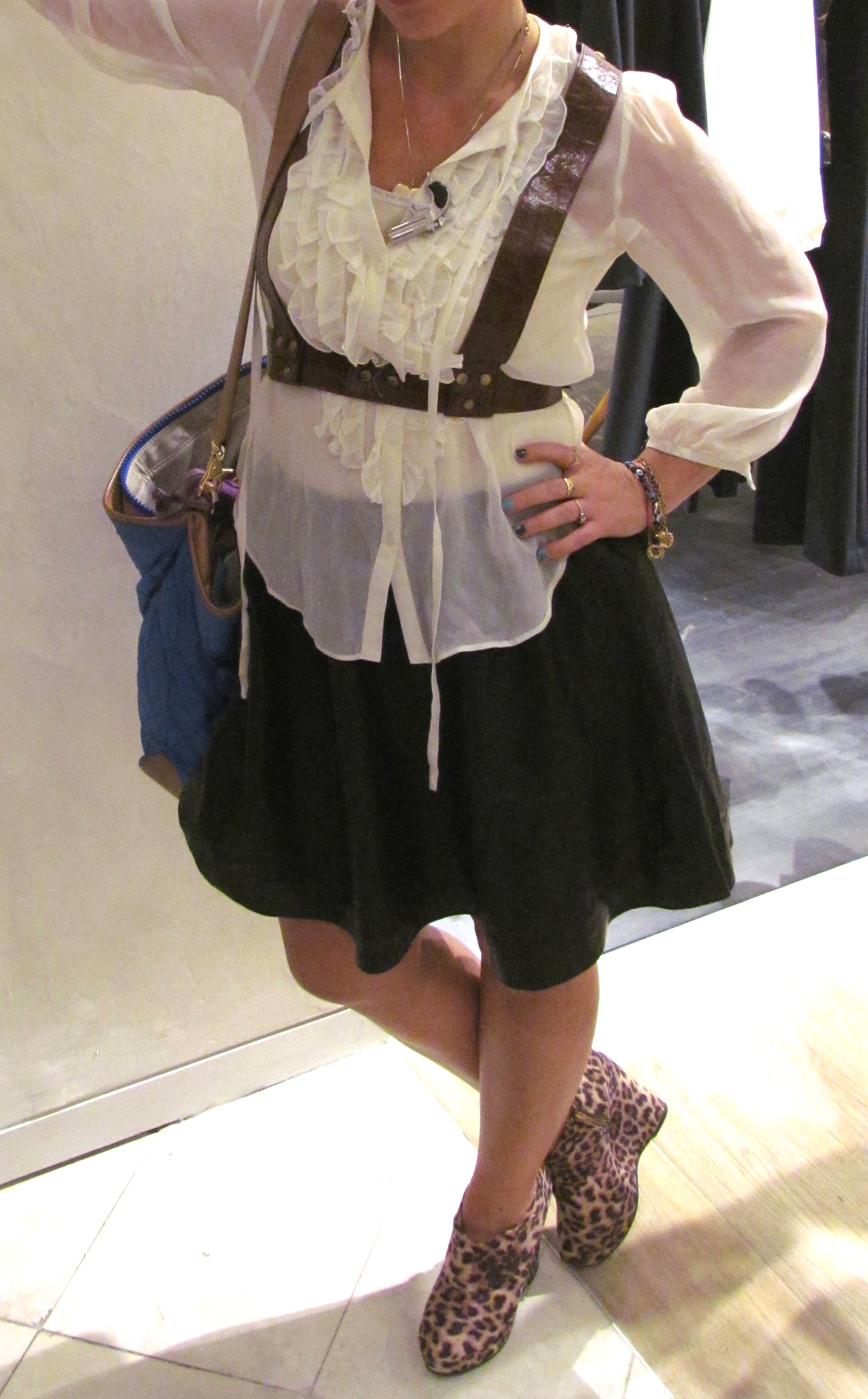 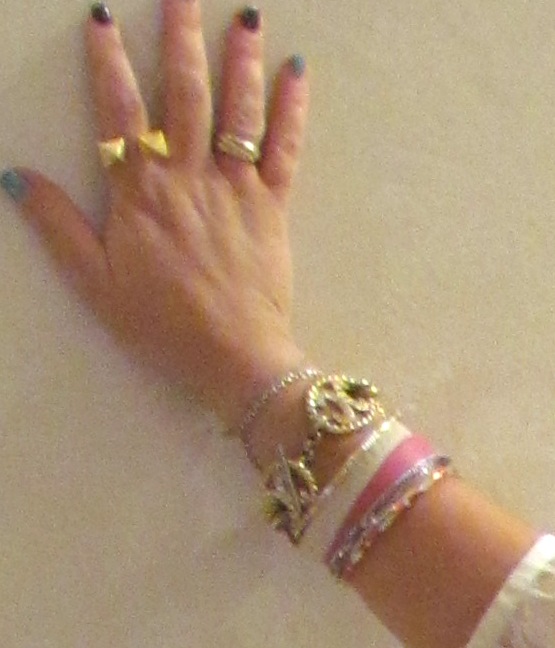 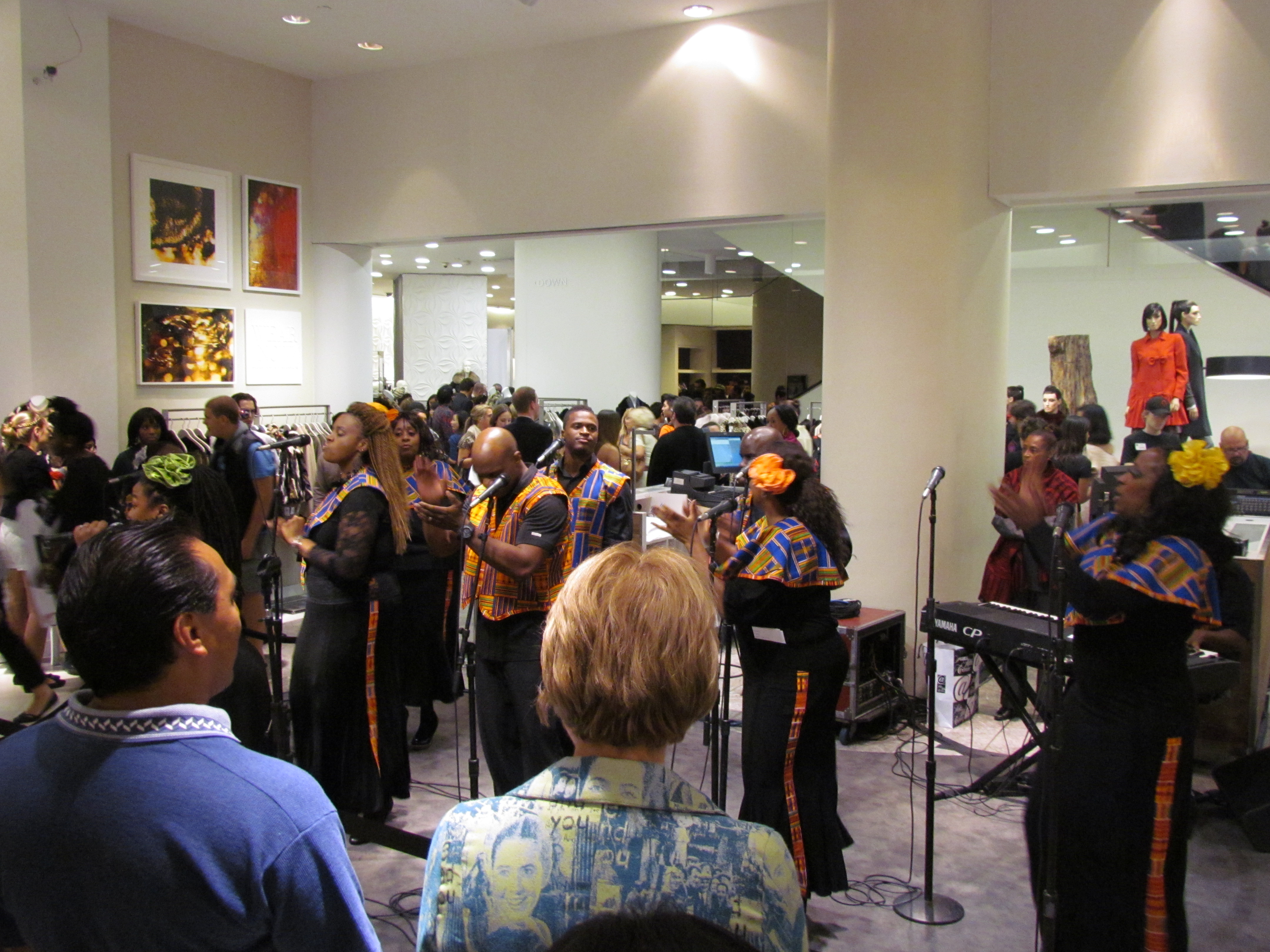 Feeling dotty at Stella Mccartney. I most love that the dress under the polka dots is H&M. Mixing it up to the Max.

Don’t rain on my parade…