IT Movie Review: 5 Parallels with Nightmare on Elm Street

Last night me and some horror partners in crime (including my partner in life, in crime) headed out to a 9:05 showing of IT (chapter one) to see what all the awaited hype was all about. Not just an obsessed horror lover, but also mega movie buffs, we’d been anticipating the new revival of Stephen King’s classic novel for a long time and were not disappointed. Continue on to read the IT movie review…

As children we’re mostly fearless. We frolic in the ocean (no thoughts of Jaws in our minds), climb jungle gyms to the tippy-top without thoughts of falling, and live our lives without a care in the world. It’s not until we age that we start to really build fears; usually upon things that exist within in our lives already. But in the IT world, in the town of Derry, Maine, fear is the very thing that drives the town and its mystery. It’s inside that premise that we’re introduced to the world of Pennywise the Clown; an entity that comes to cause havoc in the town every 27 years. (Also super eerie considering the movie’s being released 27 years after the mini-series first aired). Right from the opening, we’re pulled into Pennywise’s world, literally, in a scene that packs a truly, powerful punch. Already creating a base for fear, it jumps right in from there and doesn’t let go.

After a group of misfits known as the Losers Club realize they’re the only ones in the entire brain dead town that care what’s happening, and urged by their friend Bill (still reeling from the mysterious disappearance of his younger brother, Georgie) the group sets out to locate and stop the curse that seems to have been bestowed upon Derry. The path to uncovering the secret leads them down a deep road paved with fear, friendship, emotion, and ultimately inner strength.

During the course of the movie (which clocks in at 2 hours 15 minutes; longer than most horror movies) we’re treated to lots of nostalgia. Similar to the feelings the hit show Stranger Things provided to Generation Xer’s (and few on the cusp of the millennial title), It also succeeds in giving us vintage feels. From Bill sporting a Gremlins poster over his bed, to the local movie theater showing Nightmare on Elm Street part 5, the film is riddled with 80’s movie easter eggs.

But while watching it I was struck with how much it reminded me of another frightening villain. One just as equally obsessed with children who used a similar outlet to reign in and terrify his young victims. The idea of fear and what causes it is is a deep seeded topic in It movie. Not only does Pennywise prey upon a person’s individual fears; (which include a mom with Munchausen syndrome, a scary painting, bullies and more) but beyond that, towards the actual root cause. In this case, the parents, and each fear they purposely, or inadvertently bestowed upon their children. This idea brings me back to that aforementioned parallel. When Pennywise himself tells the kids in a pivotal moment that he feeds on their flesh while sniffing out their fears, another evil entity immediately came to mind. The truth is, while totally different movies in execution, form, and look, there are actually many similarities to the knife finger wielding Fred Krueger. Here are a few more to swirl around. Because this IT movie review isn’t just about deciphering what makes the new film so successful. It’s also about how it uses symbolism and parallels from horror’s past to drive home it’s effectiveness.

1. Method. The number one parallel to draw is how both Pennywise and Freddy reel in their victims. They both use subconscious fears to not only kill, but in many cases, simply bully and torture by taking on the forms which scare you most. Even in both It and Nightmare on Elm Street movies, the idea that the bad guy ‘isn’t real’ can both hurt and harm you. In most cases you think, as long as you’re not imagining or dreaming, you’re safe. However, in both Freddy, and Pennywise world, this doesn’t always prove to be true. In both however, the power to either believe, or not believe in your fears will mean the difference between dying and surviving.

2. Cast. In Nightmare on Elm Street part 3: Dream Warriors (arguably the best of the entire franchise) a group of misfit, outcast teens battle their fears and their dreams against serial killer Freddy Krueger. While typically Krueger kills everyone, in this particular film most of the group remains intact, and bonded by the end. Though we know that their mental torture is actually far from over, even if they don’t yet. Compare this to the Losers Group and you start to see some of the similarities.

3. A super strong female protagonist. In Nightmare on Elm Street (technically parts I, III, and New Nightmare but generally throughout the series) there’s one character who symbolizes good against the tyranny of evil. Nancy Thompson is the ultimate standard of ‘final girl’. Not just because she survives, but she can even best our villain at his own game. In this same vein, we’re given Beverly. The feisty redhead, also an outcast, falls into the all boys Losers Group, and becomes one of the most formidable opponents to Pennywise. She’s not afraid to face her fears like Nancy, she’s tough like Sydney Prescott, but sweet like Eleven. From showing up the boys, to hastily and emotionally cutting her hair off (and then having it look adorable in a moment that reminded me of Working Girl) Beverly symbolizes not female strength, but strength in general. And like all the important female horror protagonists that came before her, the real strength lies in her ability to really make us feel something.

4. A Bloody room scene is highly reminiscent of another very famous Nightmare on Elm Street moment starring unknown at the time, Johnny Depp. Though aspects of the idea are different, including who can see the blood, the effect and look is so similar I couldn’t help but think of Elm Street part I and poor Glen.

5. The killer’s lair. In Nightmare on Elm Street, the origin of Krueger’s evil starts and ends with a boiler room. A place which exists both mentally and in some cases, physically to house him. In IT, Pennywise also has a story, and a place of origin. Though it’s not as clearly fleshed out, and has a more in depth story than Elm Street movies, ultimately the idea that a town’s history bred a terrifying character is similar in feel. In Pennywise’s case, instead of a boiler room, it’s another deep, dark, scary place; the sewers. Or more specifically, a well. In both IT, and Elm Street movies it’s only when you face those dark places head on that you’re able to confront your demons; both literally and figuratively.

After reading this IT movie review, head HERE to enter a giveaway to win a huge IT prize pack including a Fandango gift card to see the movie. Giveaway ends 9/15. 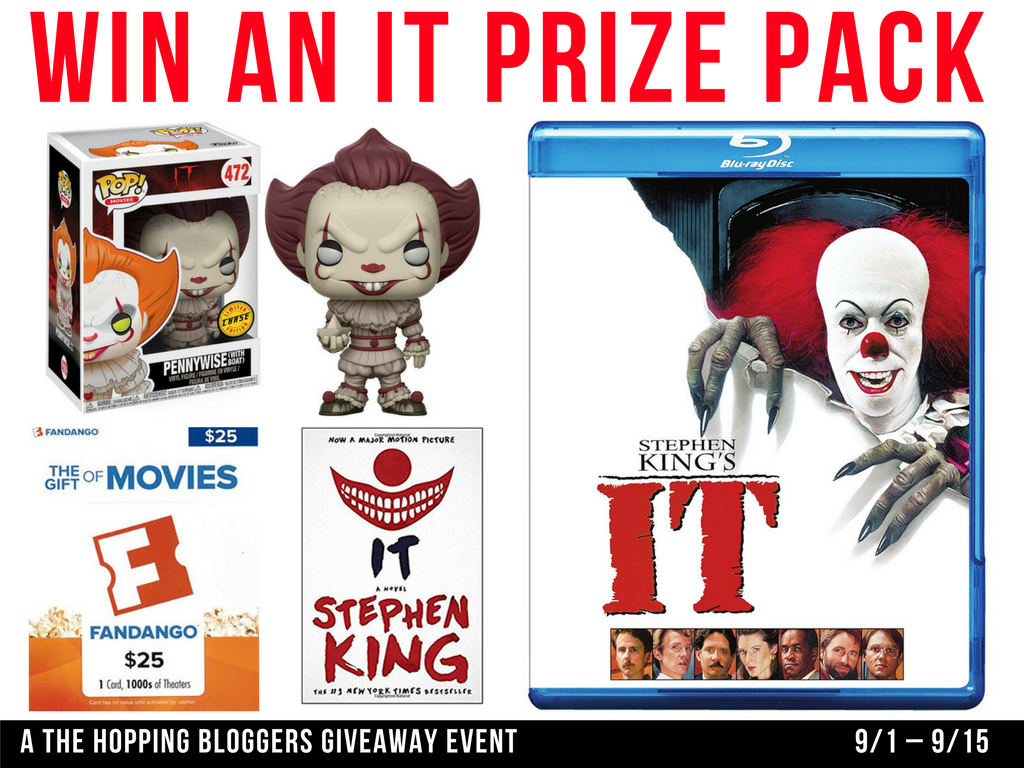 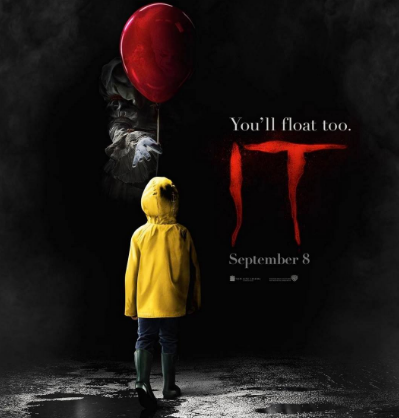