IFB project #46: My Mom, the Hero-Style Parallels from Mother to Daughter…..

When I saw this week’s IFB project, I felt an overwhelming mix of emotions thinking about how I would write it. The topic is relevant, the timing is appropriate with Mother’s Day just a few days away, and an introspective look into a story about motherly style is bittersweet in the most creatively exciting of ways.

It certainly isn’t a new topic; in fact since starting Style Island about a year and a half ago, my mom’s stylish influence on me has come up time and again, from reminiscing about my Betsey Johnson stand out prom dress she bought me, to her standing as the worlds’ coolest lender of clothes ever.

She advocated my unique way of looking at things, and pieces, and it wasn’t until later that i realized why she understood so well. Because she saw herself in that little girl standing on a chair in her closet, as bags of vintage clothes pummeled me on the head. And in this story of style passed down through generations, it’s not words, but pictures that really truly tell the tale. I have probably a dozen or so shoeboxes filled, not with shoes, but with pictures, and they helped form not only my own sense of style, but my outlook on style overall. Thats when I realize just how much those pictures influenced the way I shop, the way I look, and the way I perceive trends.

Pictures can tell a thousand words, we all  know that. And in that vein, I can look at any picture of my mom, and make up an entire story surrounding the trip, the place, and the outfit. A simple picture of her on a bridge wearing high waisted jeans and a hot pink tank top takes me to Venice, Italy in the 1960’s, long before high waisted jeans and the neon trend were covered by refinery29.

A shot that looks like it’s out of a movie with my mom wearing a white A line dress and giant, Jackie-O browns sunglasses while gallavanting around Morocco with the locals. For years, I have tried to locate this dress, and when my mother one day told me the devastating news that she actually might have given it to good will or even worse, gasp- thrown it away, I threw a fit. DIDN”T YOU THINK YOU WOULD HAVE A DAUGHTER ONE DAY?? !! I MEAN, REALLY WHAT WAS THE POINT OF HAVING AMAZING FASHION IF YOU WEREN’T GOING TO PASS IT DOWN TO ME”. I got over it, and my poor mother had to live with the 5 minutes of guilt over not saving her white mini dress for her many years unborn daughter.

An image that I think my father shot of my mother on the ferry on the way to Nantucket is one of my favorites of all time. Wearing a camisole, a scarf tied loosely around her neck (again, a major foreshadow of a cyclical trend to come), a cap, and giant red sunglasses, all while chugging a soda, she exuded a natural confidence, and to me, a innate sense of style that can never be replicated. That woman on the boat is the picture of inspiration. So much so, that on my trip to Greece last summer while on the ferry, I had my friend take pictures of me from the side of the boat while I tried to copy that same picture. Sufficed to say, it didn’t quite work as well as I had hoped

My favorite picture of all time, that I have also mentioned before is rather odd, mainly because you can barely see my mom’s face. She’s on the beach wearing white linen pants, and Addidas shell tops, having a laugh w/a  girlfriend. There’s no ball gown, no giant sign saying look how fashionable I am. But there is something about this picture that I’ve never been able to get out of my head. Maybe it’s the carefree way the picture captures a moment in time. My mother’s tan, or her personality literally jumping off the photo at me, but when I look at it, I feel like I’m there with that 22 year old girl, wishing I was her best friend, and desperately wanting those pants and those sneakers, and wondering, just what was so funny.

Although I never did get over that white dress, she did do me the solid of keeping a lot, so I have a pretty giant vintage selection when I want it. The best part is that when I see a picture I love, and an outfit that I have to have, in some cases, I can actually go into my closet and wear it. Nine out of ten times when I have left my house, and gotten a million compliments on something I’m wearing, my answer when they ask where I bought it isn’t Saks, or Barneys, or H&M, it’s, “my mother”. I’ve managed to take a lot of those pictures, and imitate them almost to a tee. Different decade, different girl, but same fashion, just recycled. I have put together enough of a library, that I actually plan on starting a new feature on my blog where I post the original item via my mom, and the updated version via.. moi.

Of course, I’m sure she’d win the who wore it better every single time. She had a style, a look and a personality that you just can’t copy. But at least I get to say I’m cut from the same cloth.

Style might not be genetic, but hopefully I can say it’s one of the things she left to me. Even if I never did get that white dress….

In honor of all the stylish mom’s out there, those still with us, and those whose soul might have left us, but their clothing didn’t, happy mothers day, Love Bee 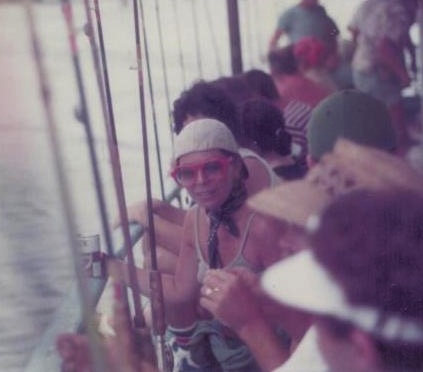 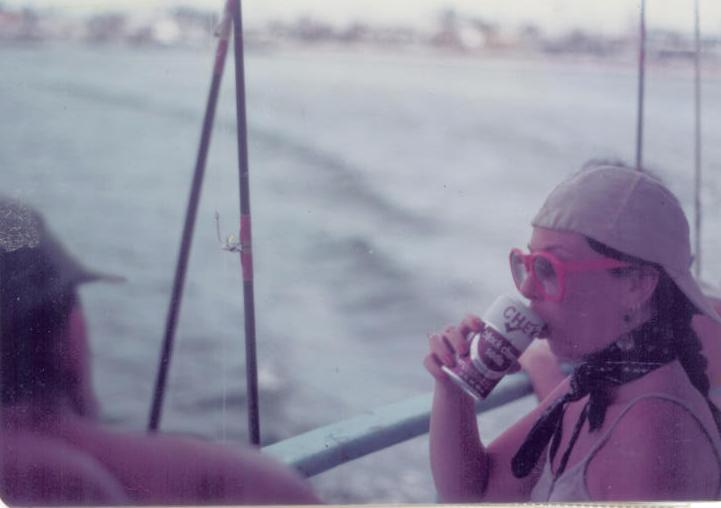 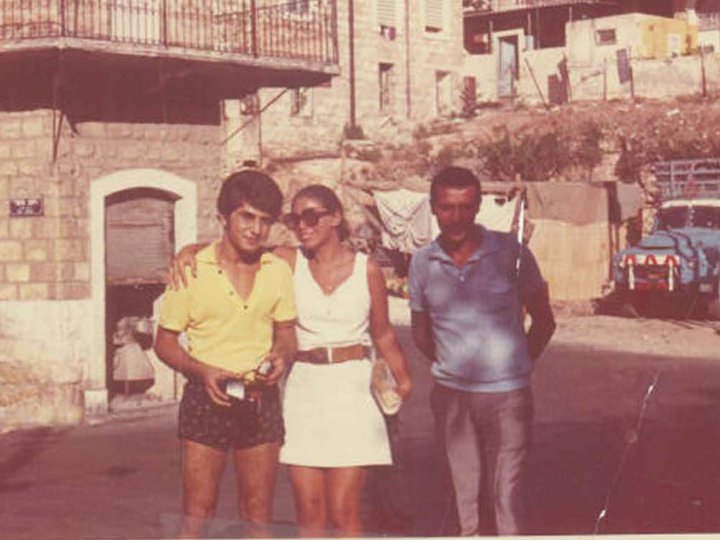 The epitome of Saturday night style… 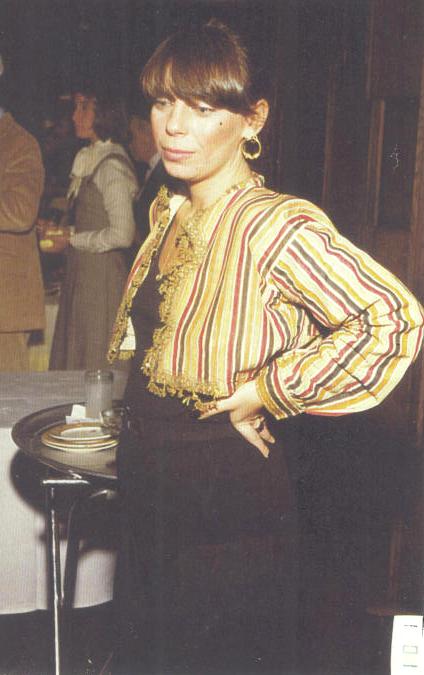 A place in Time maybe not so far away….. 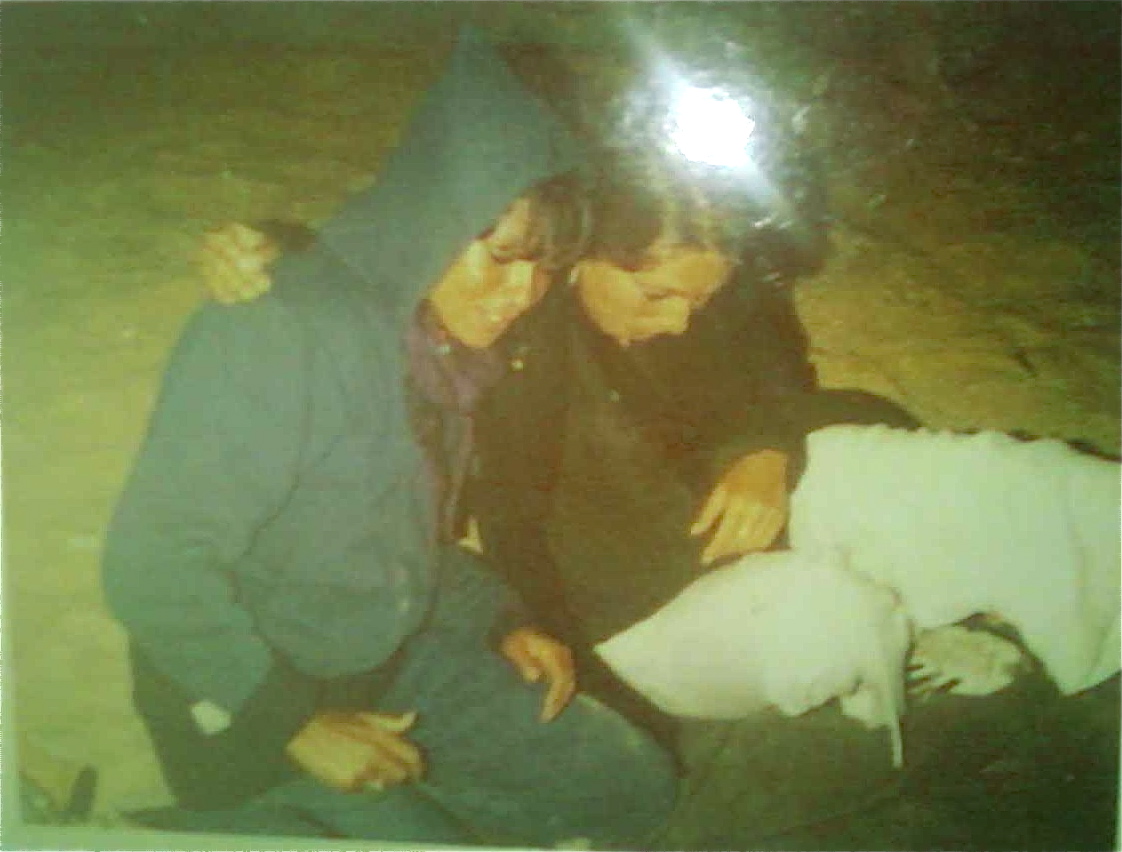 With a hoodie, white linen pants, and shell tops, and a killer tan