How the Thor Ragnarok Movie Made me fall for Thor

This weekend I gave in to my superhero loving husband and accompanied him to Marvel’s new installment, the Thor Ragnarok movie. The third in the Thor series opened to huge numbers. It promised, as they always do, to be one of the most exciting, adventurous Marvel movies yet. Coaxed by this information, (intended to increase my odds of participation) I decided to go to the Thor Ragnarok movie and see if it was in fact, different from the rest.

Up until recently, the extent of my knowledge on Thor consisted of a few “facts”. One, he’s the God of Thunder. Two, he wears a lightening helmet, and three, he’s played (sort of) by a young, strapping Vincent D’onofrio in Adventures of Babysitting. Well, apparently Thor has come a long way. He has been busy making a name for himself in the massive, superhero world franchise we all currently live inside. But ever since I started to hear more about this Thor fella, seeing snippets of him in other movies, my interest in the Thor Ragnarok movie was piqued.

No matter how many new Marvel movies I see, no one has matched my original, favorite superhero, Superman. Let me be clear. Not Zack Snyder’s brooding, angry Superman. The light, sweet, charming one. Indelible in my heart and mind, and played by Christopher Reeve. Though I do love Starlord, no one has matched that charm. But the more I delved into the Thor Ragnorak movie, I realized Thor could be a contender for most charming superhero today. He’s sarcastic, witty, and self deprecating. When talking about his break up with love, Jane he declares, “she broke up..well I broke up with her actually..”

It wasn’t my favorite Marvel movie ever. But turns out, the gossip is true. The Thor Ragnorak movie does have a lot going for it. Including not being a typical, cookie cutter superhero flick. 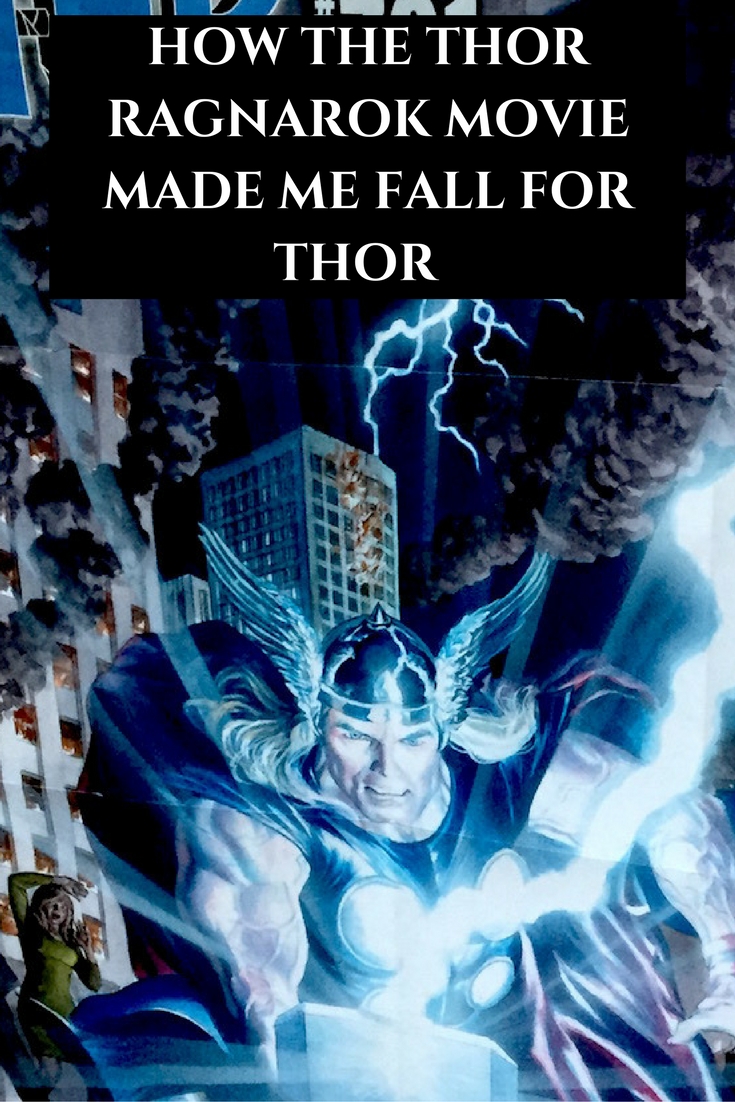 These days, every superhero comes with their own charm. Captain America has wholesomeness, Iron man has arrogance, Batman has brooding, Deadpool has sarcasm and so on. What is Thor’s then? A subtle level of fake accessibility. He’s gorgeous, powerful, but funny too. Three things which in real life, rarely seem to go together. After seeing some of his comedic flair in the last Avengers movie, and end credits of Dr. Strange, it became more apparent this could be a superhero to love. One with a killer smile to reign us in. Then, a self deprecating humor to help us relate.

In Thor Ragnarok, Thor’s trusty hammer and source of his power is destroyed. He’s captured, imprisoned, and forced to fight in a Gladiator style arena resided over by the eccentric, evil Grandmaster, leader of Sakaar. The always charming Jeff Goldblum. Throughout the entire ordeal, he never winces, never growls, and doesn’t appear to worry much about his predicament. Even captive, his superhero appeal shines through.

The music in most Marvel, or any superhero movies for that matter, is typically similar. A medley of pop culture, recognizable beats, mixed with moments of triumphant music. But the Thor Ragnarok movie sounds more like a mix of Drive and Stranger Things. Cool 80’s beats thump loudly during the more animated scenes, taking us from one peril to the next.

Every movie lover knows for every good, there has to be bad. For each protagonist, an antagonist. Except the bad guy in the Thor Ragnarok movie is a woman. Cate Blanchett, (who never strays from these types of roles) plays Thor’s bad blooded sister, Hela. Hela was banished long ago from their home, Asgard. When she returns to wreak havoc (as per usual), it leads Thor and sibling Loki, usually his antagonizer, to join forces. Loki has his own ‘bad boy’ charm. Is he fighting for good or evil? Even he admits, “it changes from moment to moment.” Blanchett’s dark, gothic style, even her strut, feels exciting. At a time when powerful, outspoken women are growing in numbers, she’s the perfect person to play one.

Superhero movies have a formula. Part of that includes one liners and zingers. Though over the years, I’ve noticed the dialogue getting better. We’ve come a long way from Schwarzenegger spewing out Mr Freeze quotes. But the Thor Ragnarok movie goes even a step further. Something’s different in the Thor Ragnarok movie unlike other superhero films we’ve seen. Hulk’s in rare form, playing more green giant than Bruce Banner. He has more dialogue than usual with his own vibe, and tone. He even scores a few laughs, cementing that Thor Ragnarok movie definitely has its own vibe too.

Have you seen the Thor Ragnorak movie??