Ginger Snaps… The trials and tribulations of natural redheads

Nothing strikes more ambivalence in the hearts of men and women alike then that of the rise of the ginger, more specifically, the natural redheads.

Time and Time again, the debate lingers.. Do we love them, loathe them, lust after them, or just secretly envy them?

Sure Patti Stanger certainly hates us with a passion, and apparently our small 12% in the population is continually dwindling, with some reports even saying in the future we’ll be completely extinct.

We’re stuck with phrases like, Red herring, Red headed stepchild, kick a ginger day, and I still have trauma from the oh so clever nickname of fire bush that some douche in junior high coined for me, that unfortunately caught on for a short time. Yes, us gingeys don’t always get a fair shot to show our true colors, red or not, and now even, it seems we’re even given less chances to build our own population.

On the other hand, it can also be argued that those who are the minority are also the most powerful, and in that vein, red might rule the world, as I’ve so earnestly pointed out before.

Nothing says status, and power more then a pair of Louboutins, distinguishable by one special, key thing- RED. And those who have them, are admired, inspired, and most importantly, fashionable.

When a woman wants to hit the town with a bang, and be noticed, what color lipstick does she normally add to her repertoire? When Jared Leto famously sang in My So Called Life to Angela, his song was called, I call her red. (Of course, he was referring to his car..)

I’m reminded of a quote I heard from a Criminal Intent episode once, ” When she’s with him she’ll wear one of her sexy, power suits, the red one. She wears red when she wants something.”

And what about all those famous redheads out there; Julianne Moore, Christina Hendricks, Rita Hayworth, and of course, my favorite, Jessica Rabbit. They represent strength, power, and of course, is it a coincidence that all four of those mentioned are notably oozing sexuality? I think not… And I’m not the only one who feels this way. Here are some other notable natural red heads…

Red is a sensual color. It’s a powerful color. You wear it when you want to be strong, and if you’re a true red head, then you know that unlike other colors, it means so much more then just the color on the top of your head. Some redheads dye their hair another color, and so many others dye their hair to match ours. For years, I dyed my hair; actually ever since I can remember.

When I was fourteen, I bleached my hair. Instead of getting a warm, honey blond like all my friends that I coveted, my hair was more of a light orange. Of course, my mother was mortified, and soon it was back to normal. As I got older, and my tastes and bank account changed, my hair tendencies changed with it. I stuck my head in a cap, while some young girl pulled out small portions of hair with some kind of pick/comb, and when it was all over I had light blond pin thin highlights. I wrapped my head in foil and had chunky platinum streaks. I went dark, then I went darker. I used kool aid, to dye strands of my hair bright red. When I was living in Italy in 2001, I went to a fancy Italian hair salon, and died my whole head bleach, platinum blond, and stayed like that for years.

As I got older, I slowly started to become more accepting of my natural birthright as a ginger. And what does that entail exactly, being a natural redhead?

Physically, I did less highlights, then I did more. In my late twenties I finally went back to being a red head, and stayed like that for a long time.

And yet, the impulse succumbs, but it never really dies. Although what has died, is my embarrassment of having red hair, and the fear that my natural color will never be good enough. My mom used to tell me, “people pay for your color, and all you do is pay for something else”.

Today, in 2012, I recently tried something new again; ombre. But of course, never one for true conforming, i did it the opposite then the popular trendy way, so now I have my natural red all the way down to my chin, and it turns into bright, blond. You might say I have the best of both worlds; I can be a fiery redhead, or in other words, myself, or a bright, wide eyed blonde. Guess depending on how you are, will depend on who you get.

One thing I do know. Both girls are an original, and you can’t fake that. Not even with a bottle. 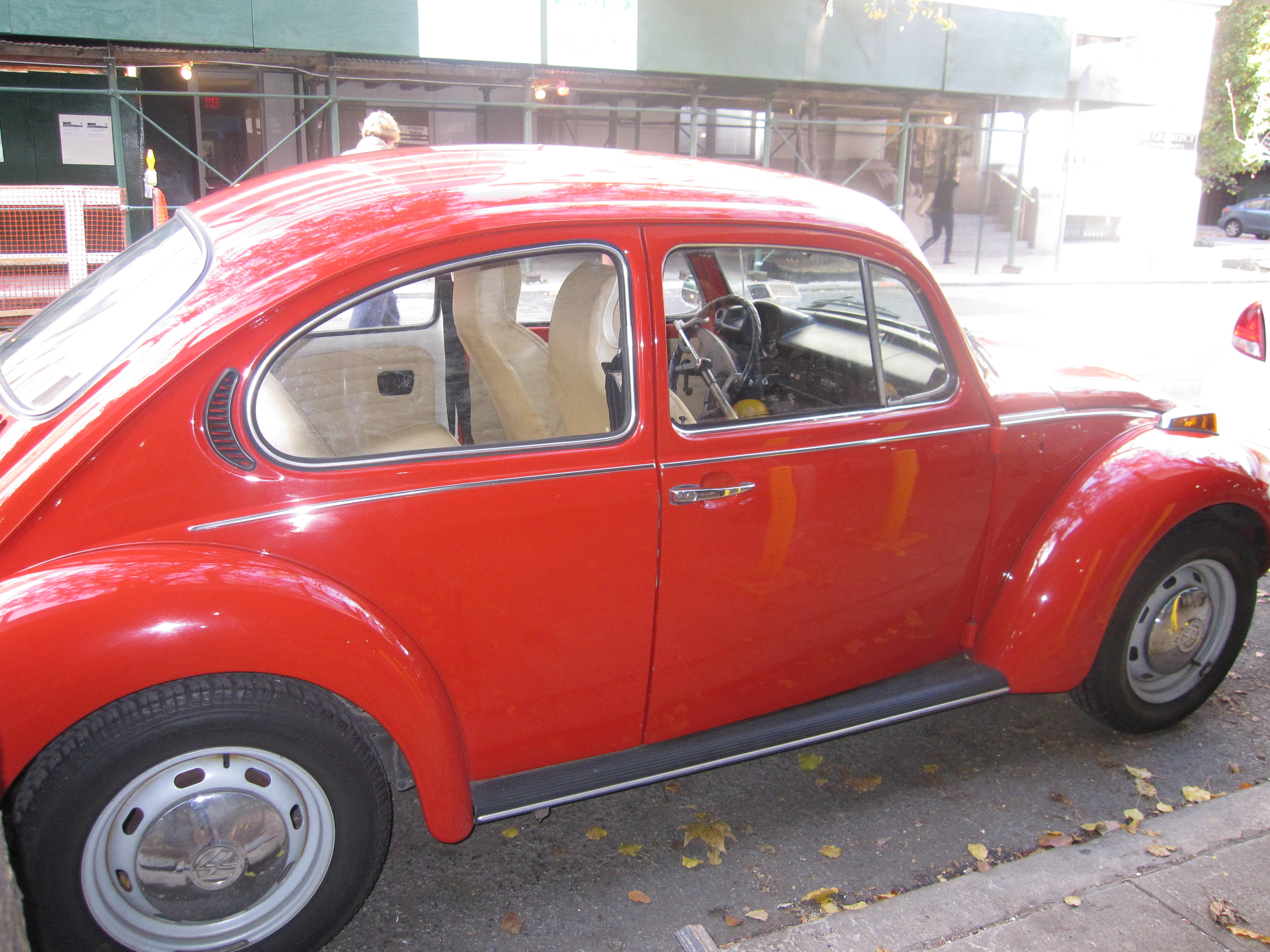 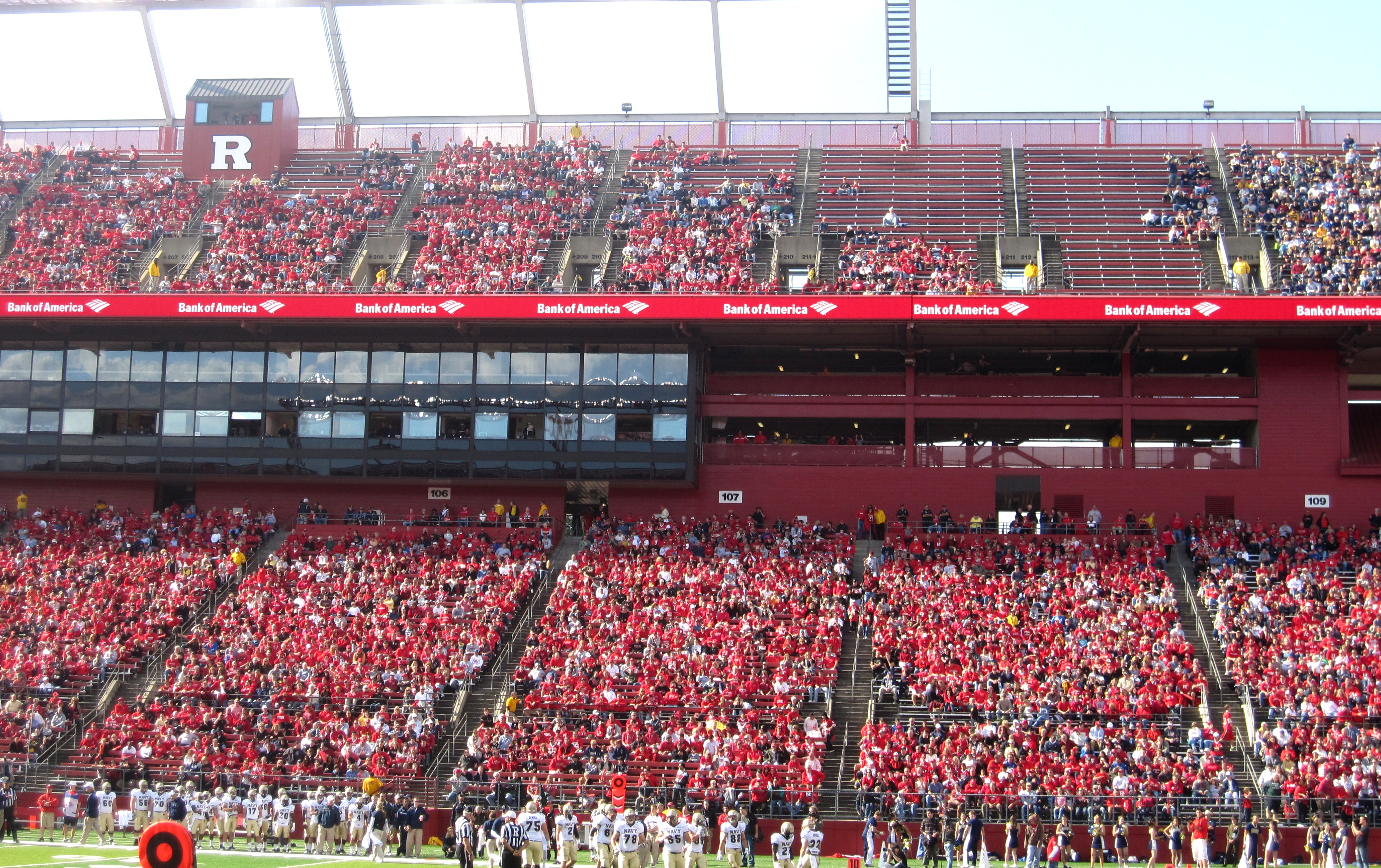 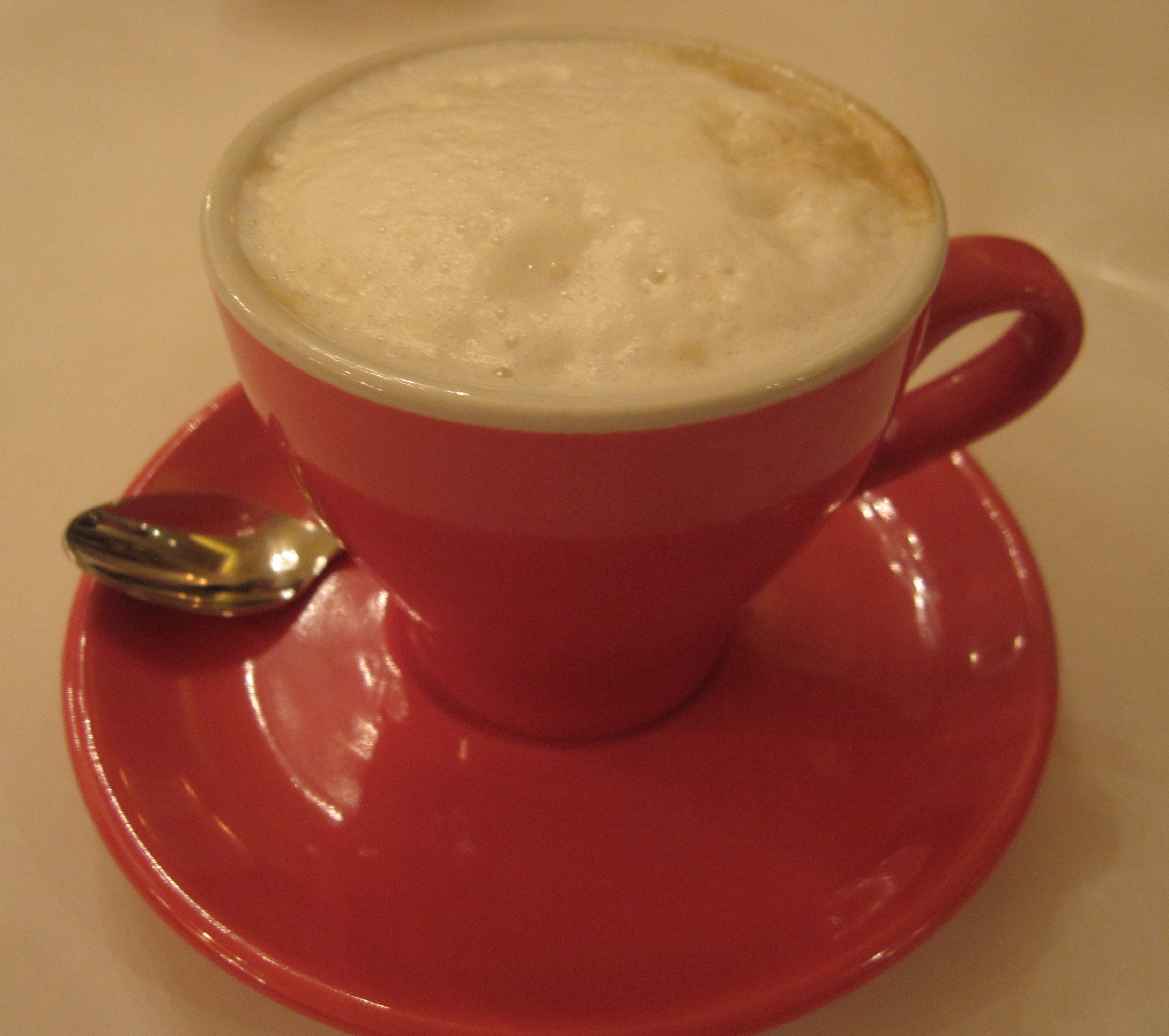 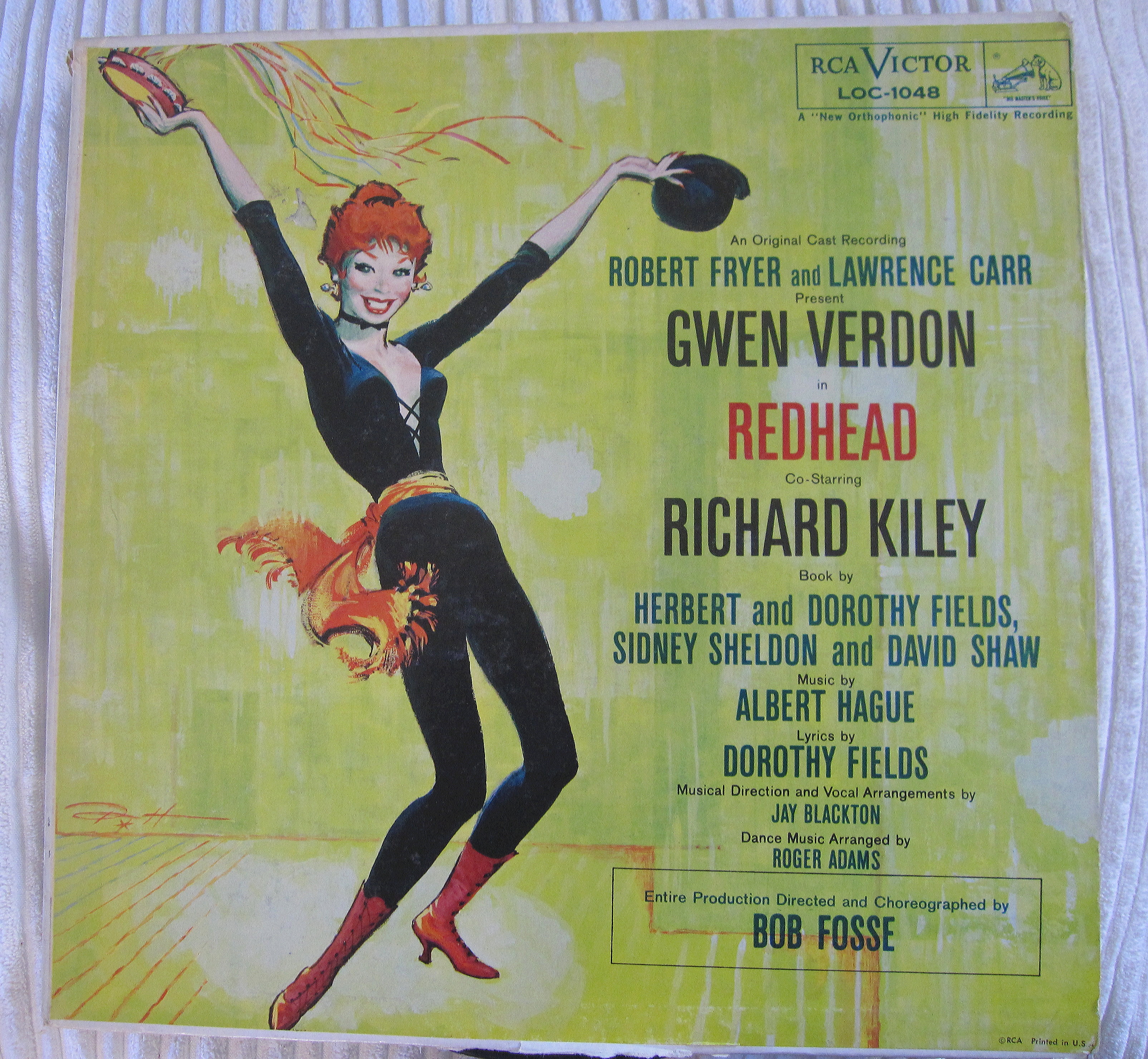 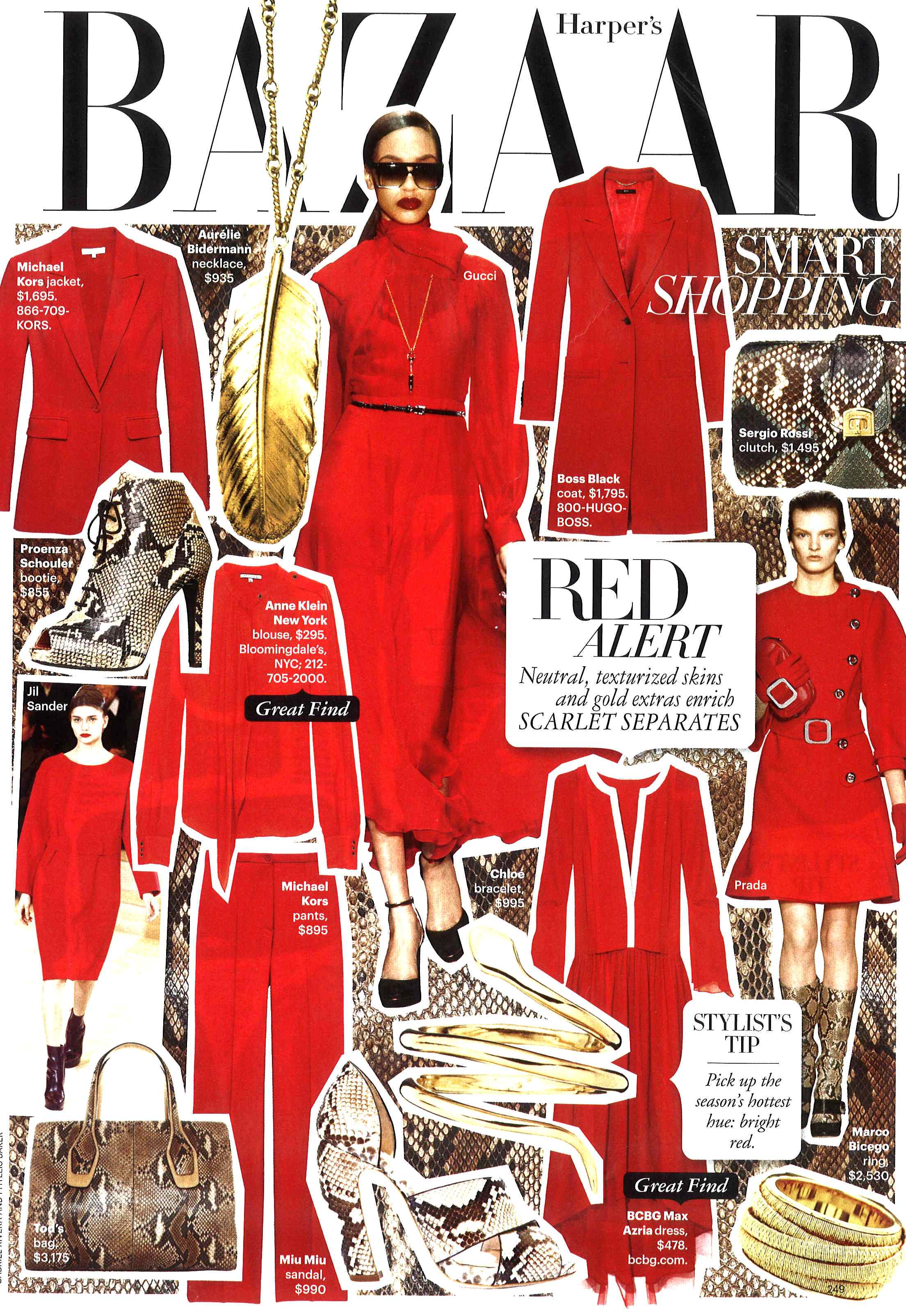 THE HISTORY OF HAIR

At College, DYE U 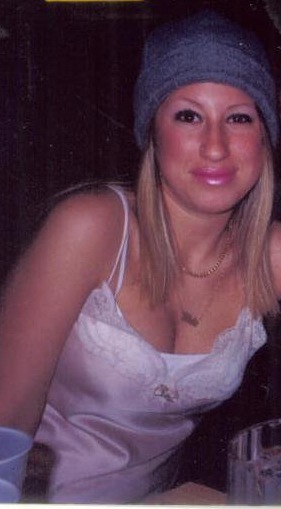 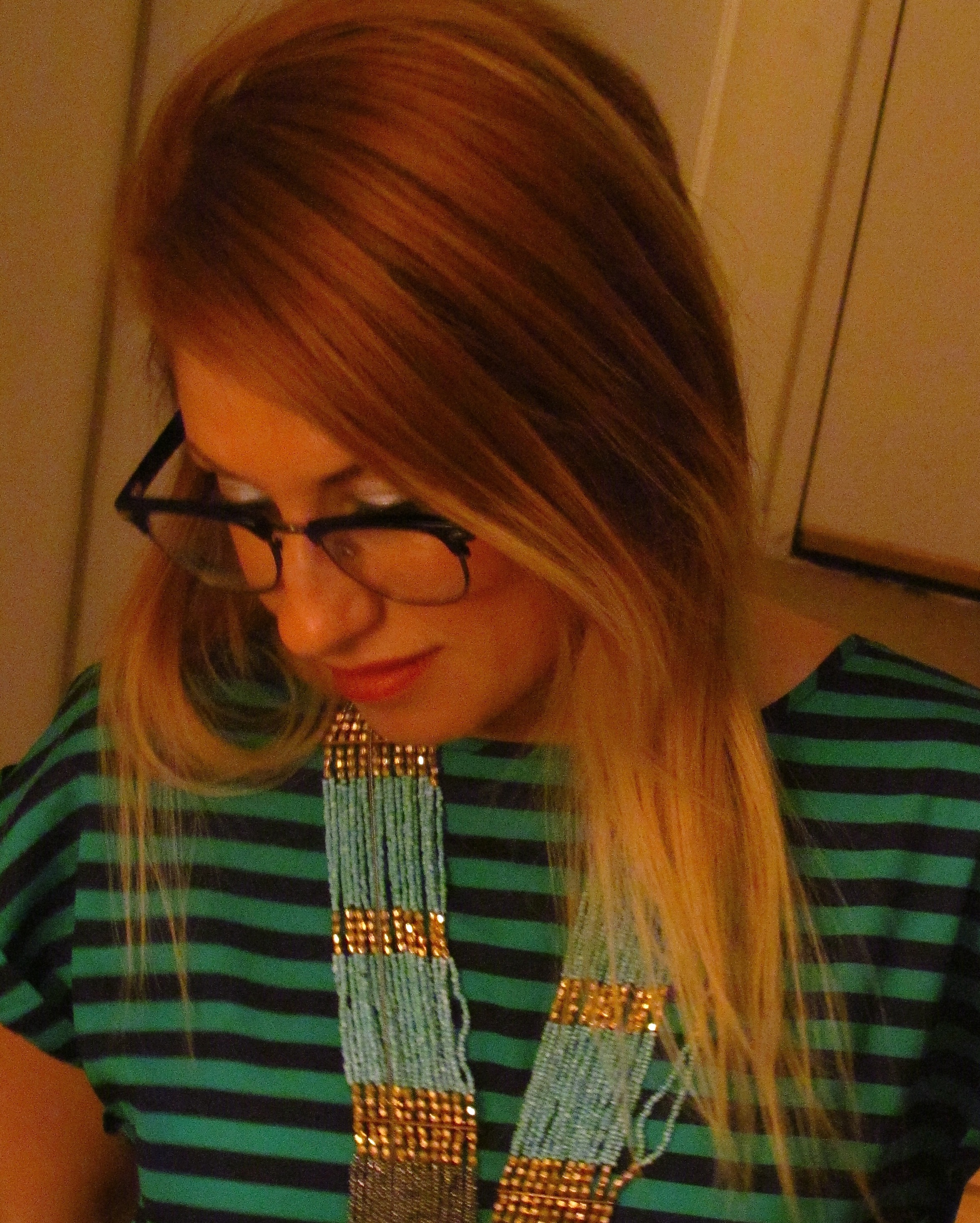 And Just in case you need further proof that unlike Lady Gaga, I actually WAS, in fact, Born THIS way… 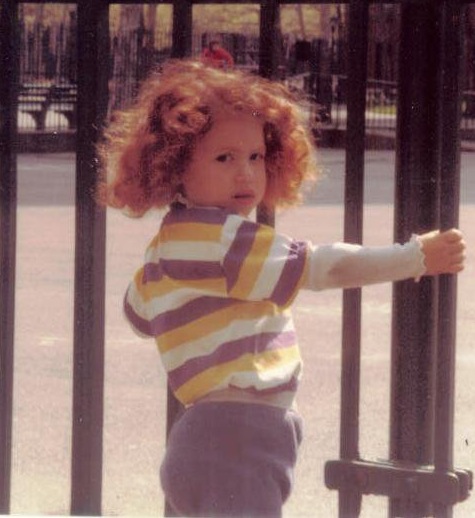