Get out of My dreams, and Into my car… Drive takes fantasy to reality

There are a few reasons why the movie Drive, is totally amazing. 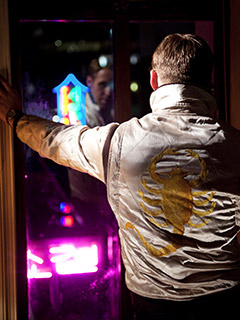 1) The fact that so little is said, yet so much happens. Ryan Gosling probably has 25 lines all together, and yet it’s one of the most powerful performances I’ve ever seen. I mean, oscar nomination worthy.

2) The cinematography is breathtaking. Certain scenes, specifically, one shot in an elevator are done so eloquently, you can almost feel the emotion inside the movements.

3) The 80’s angle. At first, the pink neon script writing confused me, and I didn’t get the angles. But shortly thereafter, the motives made sense, it came together, and I’ve been obsessing ever since.

4) The soundtrack. Almost everything in this movie is done with  intent; especially the music. Three specific songs, especially Under your Spell, will make you instantly cooler for listening to it. And so specifically picked it takes movie soundtracks to a new level of art form.

5) The outfit. There is something about Ryan Gosling; the way words hang on him, but also the way clothes hang on him. His jacket can be considered another character in the movie, and he exudes so much while wearing it. The outfit consists of a white, silk bomber school style jacket with a huge yellow scorpion on the back, and black leather driving gloves. This jacket almost gets as much air time as him, and gets into the same amount of trouble.

Word came out last week, the jacket was going to be available to buy, and as of now, it’s already sold out online at steadyclothing.com

For $160, you can experience Drive in an interactive way, feel like a bad-ass, and walk in his shoes, which apparently a lot of people want to do. I love this idea; it’s brilliant. Also, being a Scorpio, I have even more reason to want it. And although I toyed with this a while, I decided to put my own take on the look, and make my own version of the “drive” jacket at a much better price. Ryan not included……. 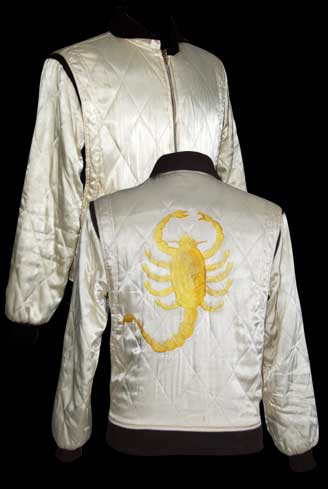 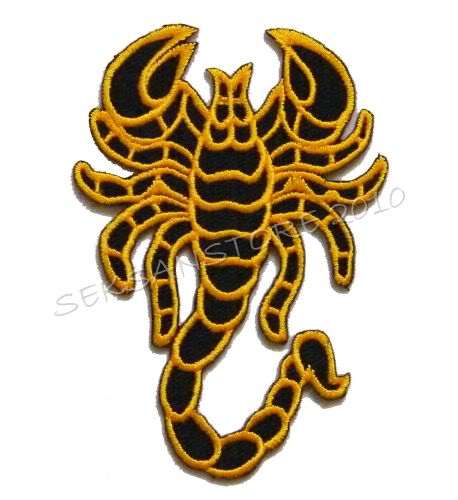