During this season’s Fall 2011 fashion week,I had an opportunity to attend a night highlighting new designers from Korea, Italy, Spain and Switzerland. The event,titled KISS(representing the former 4 countries mentioned) was held at the massive space in the King of Greene Street store,a boutique in Soho that in the 1800s was a warehouse for a dry goods company,and now showcases interesting and edgy designers such as Victor and Rolf.So,with that in mind, it was only fitting that it house this event,with such a vast array of interesting and funky pieces spanning many countries and talents.A vastly bright room filled with stylish people,as models stood on podiums,and crept through the crowd as walking mannequins displaying all the clothing.

since there is a Major asian influence re-surge coming our way(and I am excited because I finally get to rock all the amazing little shirts my mom used to pick up from me at Pearl river Mart), and I have already clipped and hung up the spring 2011 Louis Vuitton ad campaign that screams with vibes of the orient-it’s only fitting that my most exciting moment would come from the designer known as MW, who had what I feel is one of the most inventive ideas I have seen in a long time –so much so, that I almost had second thoughts about posting about it at all, rather then just spouting it as my own new invention – but unfortunately I cannot bear to take credit for it, only for planning to imitate it, and forecast it’s predictable rise.

The look might be slightly disguised as part of a “hip”trend, but the lines are so finely tailored, (a trend I saw throughout almost all the clothes that night),it just won’t blend with a dirty pair of skinny jeans and wide rimmed fake Clark Kent glasses.

This striped white shirt with a printed bow tie drawn on the front collar looks downtown in feel, but designed with uptown creditability.– What a clever idea! I have watched my love of bowties slowly dissapate as it became less exciting, more gentrified, and then,the international symbol for Hipster,but this was a whole new exciting and fresh take on a trend that seemed to slowly be losing it’s cool…..

This particular shirt was menswear, but I would have worn it in a moment tucked into some cute blue jeans, and it almost reminds me of those funny “tuxedo” t-shirts, but with a stylish factor that would immediately raise your cool affect.

Another item that made me swoon that night, might not be something we’ve never seen before, but it was again,a slightly different take on an already everywhere trend- I love oxford shoes- I remember when I first re-bought a pair of saddles shoes off ebay.com 2 years ago for $19.99, after scouring the web for weeks—- Once again, kicking myself when a year later every possible color, style, slits, heels, etc on an oxford shoe would be ubiquitous, but these sparkly oxfords by Gianna Meliani,seemed almost cooler, and much more vibrant- I would love to wear them in spring with a mini skirt, bare legs, and a white t-shirt tucked in. For more places to find her shoes, click here

A big trend already on the forefront for fall ’11 is major fur details– -accented sleeves, lapels,collars,and even hair accessories- I’ve seen this on the runway, but I also saw it this night as well. In fact, upon first arriving into the huge glass doors in Soho, the first image to catch my eye was a model standing up on a platform, completely static, yet smiling, wearing sequin leggings, with a fur, green slouchy scarf and gloves to match. She remained expressionless, all the while her clothes impressing, and as I took my camera out to snap my picture, she turned and smiled- “Is that a good angle? I want to make sure you get a good shot”, she said down to me below…

I guess fashion brings out the best in everyone sometimes… 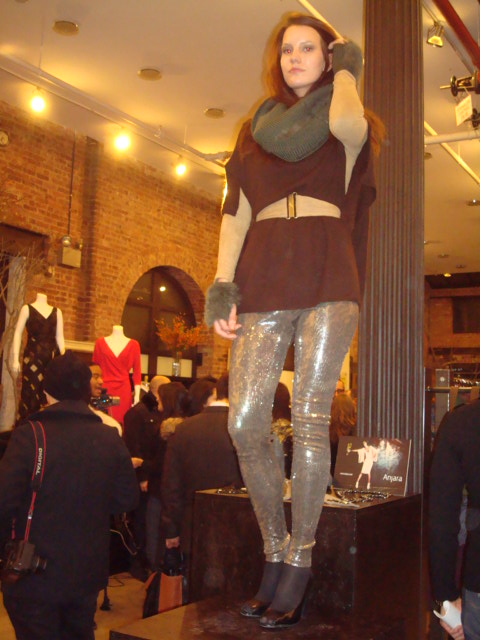 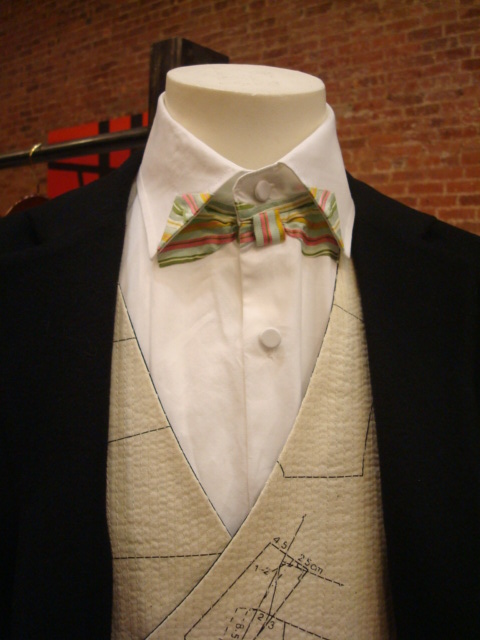 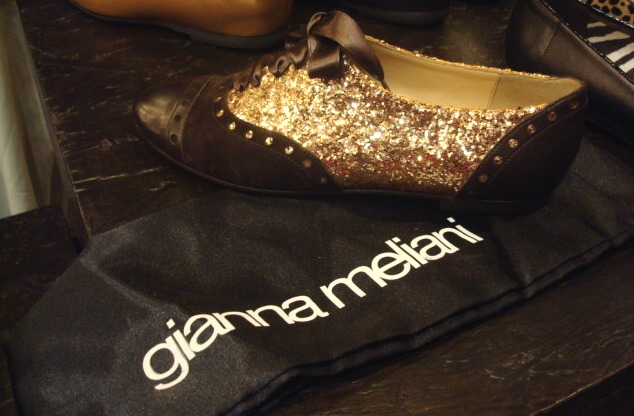 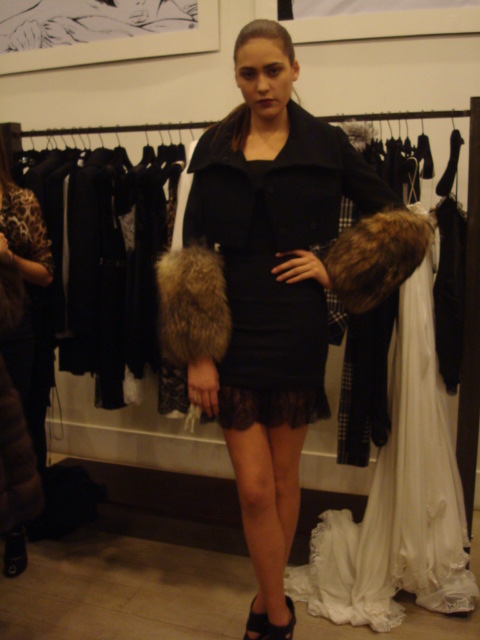