When I went on my trip to Turkey, and Greece in early July I learned a lot about myself, although most of it was in retrospect. I learned that me and my friend Ali actually travel really well together, and that I think a made a new life long travel partner. This is not an easy thing to find; the art of traveling together is a delicate one that not everyone can master. I have traveled with a lot of people, and some of them are amazing, still. But in a way I have felt like Goldilocks- this one’s too picky, this one’s not discerning enough, this one is a control freak, this one can’t make any decisions. I have had a lot of luck but also, it’s hard to find a good match when it comes to venturing outside of the comfort zones. Sometimes those that get on amazing on the island (or respectable towns) might not translate as well once you change the setting.
I think the key is being able to fully enjoy each other, the place you’re in, and above all, do not sweat the small stuff.  Not only did we get along, but we got closer. By the end of the first week, we were finishing each others sentences so frequently that by the end we would follow this with a look and a ‘really? REALLY?!!’ By day ten, when we were talking like 80 year old, jewish grandmother’s and making fun of the fact that we were so tired and “old”, we knew we had stumbled onto something special. The climax on our last day in Athens. We arrived at the Acropolis, a few blocks from our hotel when we were met at the front by a 20 euro entrance fee. 20 euro, we both exclaimed. At the same time of course…. 20 euro for a bunch of rocks? umm, I don’t think so. Nevermind the fact that I had just spent 200 euro on an amazing dress, but 20 euro to see a historical monument… meh.
“Ok girls- how about seeing the grand greek theater instead? it’s only 2 euro.” We both looked at each other,smiled,and in our best Jewish grandmother accents exclaimed simultaneously, “DONE!”. 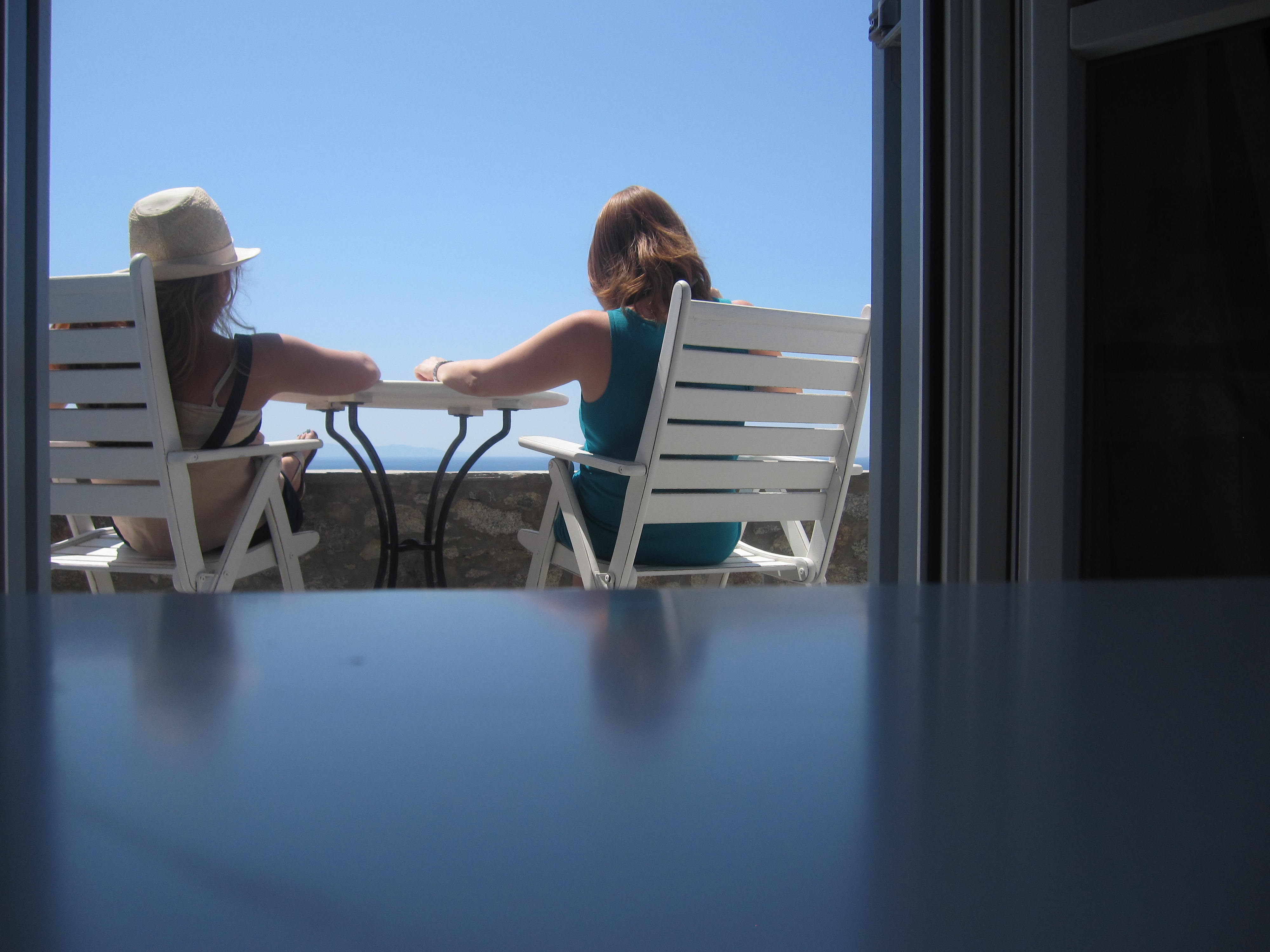 All we need are the coronas to make this truly picturesque 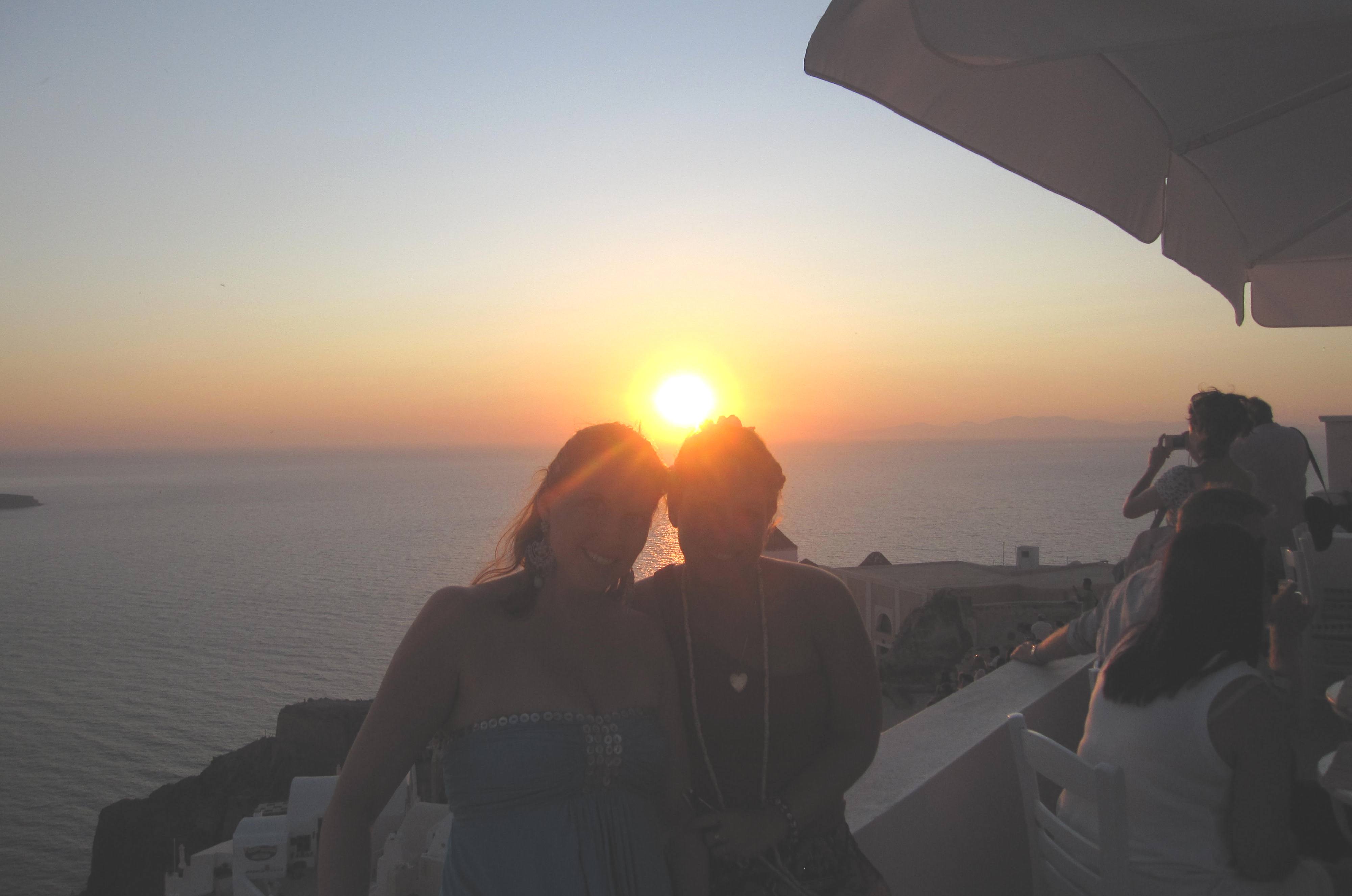 The fact that we were mistaken for a couple is irrelevant-