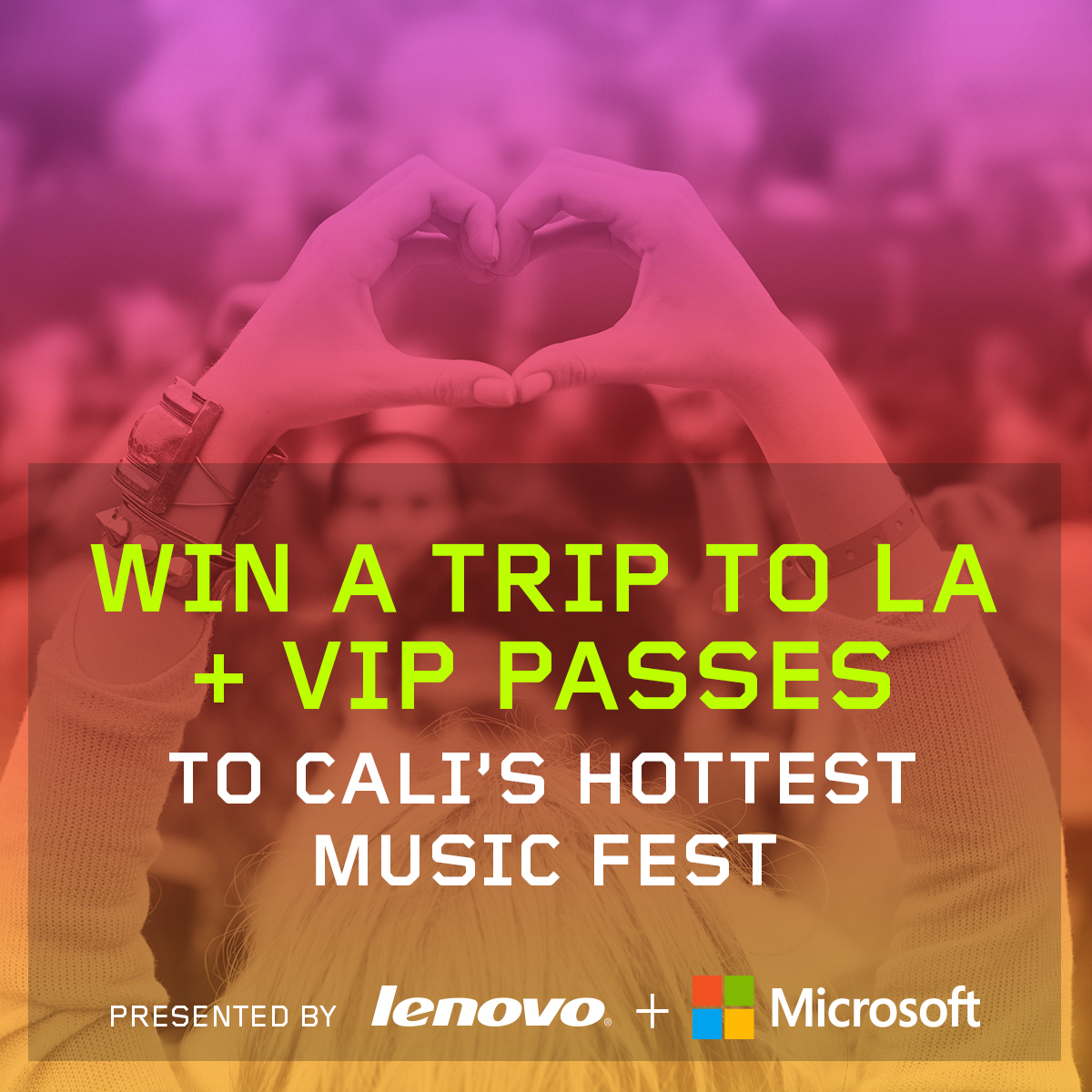 When I was young, I loved to sing. I still think back to the days of starring in the camp play; playing Audrey in Little Shop of Horrors, and the excitement I would feel in school, even when I just played chorus in the school play. But those days are far behind me. Now, the only place I can ever be found singing is alone in my bedroom. But for those who had that same dream, and aspired for more, I am grateful. And now those very musicians have a chance to win some major swag, and acclaim, including a trip to Miami and a day in the recording studio with Timbaland! Other music enthusiasts and fans can enter daily in the #TeamUp With Timbaland Sweepstakes for a chance to win Lenovo products, tech, gear and the ultimate grand prize; a trip for two to L.A. and 2 Weekend One 3-Day VIP Passes to one of the coolest California music festivals on April 10-12. Check out the Team up Lenovo home page to find out more, and enter to win!

Lenovo and Microsoft teamed up with Timbaland to create a contest for independent musicians and artists, where they can enter a song and video they created for a chance to win a day with the producer himself. After reviewing the 5 best songs, Timbaland and a team of judges will select the top five finalists based on their originality, appeal and ability to be creative.

Since the Team Up With Timbaland Sweepstakes  with Microsoft and Lenovo began, over 5,000 singers, song writers, musicians, and aspiring artists have entered the contest in the hopes of winning that coveted grand prize. Music fans can share and vote on their favorite entries and artists, and then enter the sweepstakes themselves or a chance to win some awesome swag from Lenovo.

The five finalists will be announced in late October and will then be given a two week surprise musical challenge, upon which a winner, chosen by Timbaland himself, will be determined. That artist will get the ultimate in winnings; some major street cred and that studio day with the man who selected them.

Click here to enter the Team Up Timbaland Sweepstakes for a chance to win a trip to La & VIP passes to a Cali music festival!