I am a member of the Collective Bias®  Social Fabric® Community.  This shop has been compensated as part of a social shopper insights study for Collective Bias and their client. All ideas expressed and written are from my own blogger brain.

I was glued to the Tv last night like so many other viewers, waiting to see, not only who would win the Delish Ice Cream Challenge with Duane Reade & Walgreens, but ultimately who would take the crown and become the Next “All Star Celeb Apprentice“. Both flavors; Penn Gilette’s Chocolate/Vanilla Magic Swirtle, and Trace Adkin’s Macadamia Maple Mashup were head to head in flavor, and fans, as it seemed, so it all would come down to one final episode.We watched all season as the random gathering of celebrities bickered, laughed, and sparked creativity within themselves, all vying for that title and a chance to win serious money for their respective charities. And though challenge after challenge illustrated the strengths of Marilu Henner, Lil Jon, and Lisa Rinna, in the end, it could be only two. Penn Gilette and Trace Adkins, who both exude a cool cat demeanor; Penn with his charming effervescence, and Trace, in his quiet smile.

But much like a wedding or a graduation, a buildup, or season full of challenges, and Donald ‘Trumpisms’, all culminated in one final ending, and in a flash, it was over. Trace Adkins prevailed as the new Celebrity Apprentice, with the promotional event for his  Macadamia Mash-up ice cream taking the… ahem… cake. Playing for the Red Cross, and exuding an almost subdued, yet  celebratory victory, he closes the scene on another tv season. But, although this season of Celebrity Apprentice is over, one challenge, unlike dozens of others that came before it, and will likely come after it, continues on for the viewer, and consumer.

The contestants final challenge of creating a new Ice Cream flavor with Delish Ice Cream, sold at Walgreens & Duane Reade, allowed viewers  to put themselves in the action, not only as tasters, but as voters, and consumers. And although this final task was based upon the best sales, and not Donald’s personal favorite, letting people take a virtual spin at making those kinds of decisions can make people feel important, and powerful.

This was evident when I attended the Taste Test and Meet & Greet 3 days before the finale, on Thursday, May 16th, at the massive Union Square Duane Reade. Although the winner was still a mystery to us all, what was clearly not a mystery was the allure of both of the contestants. A crowd of fans, and super fans lined up to meet the guys, get autographs, and of course, taste their ice cream flavors.

Although Trace was chosen as the latest Celebrity Apprentice, Penn’s brilliantly conceived “Magic Swirtle” actually prevailed as the best selling ice cream. Personally, after testing out both (maybe a few more times then necessary), I found it hard to even make a decision, as they both tasted great, and packed a pretty delicious punch.

Ultimately, although there could only be one All Star Celebrity Apprentice Winner, both flavors of Delish Ice Cream are victorious in providing a delicious taste, and stellar dessert. And since it’s so hard to choose, Duane Reade is making it easy for you, by offering both options for only $5. For a limited time, buy 2 Delish flavors for the price of one, and taste both contestant’s final offerings. Sounds to me like one very soft sell…. soft served, of course.

For more on this event, and some terrific pictures check out my Google Plus Story 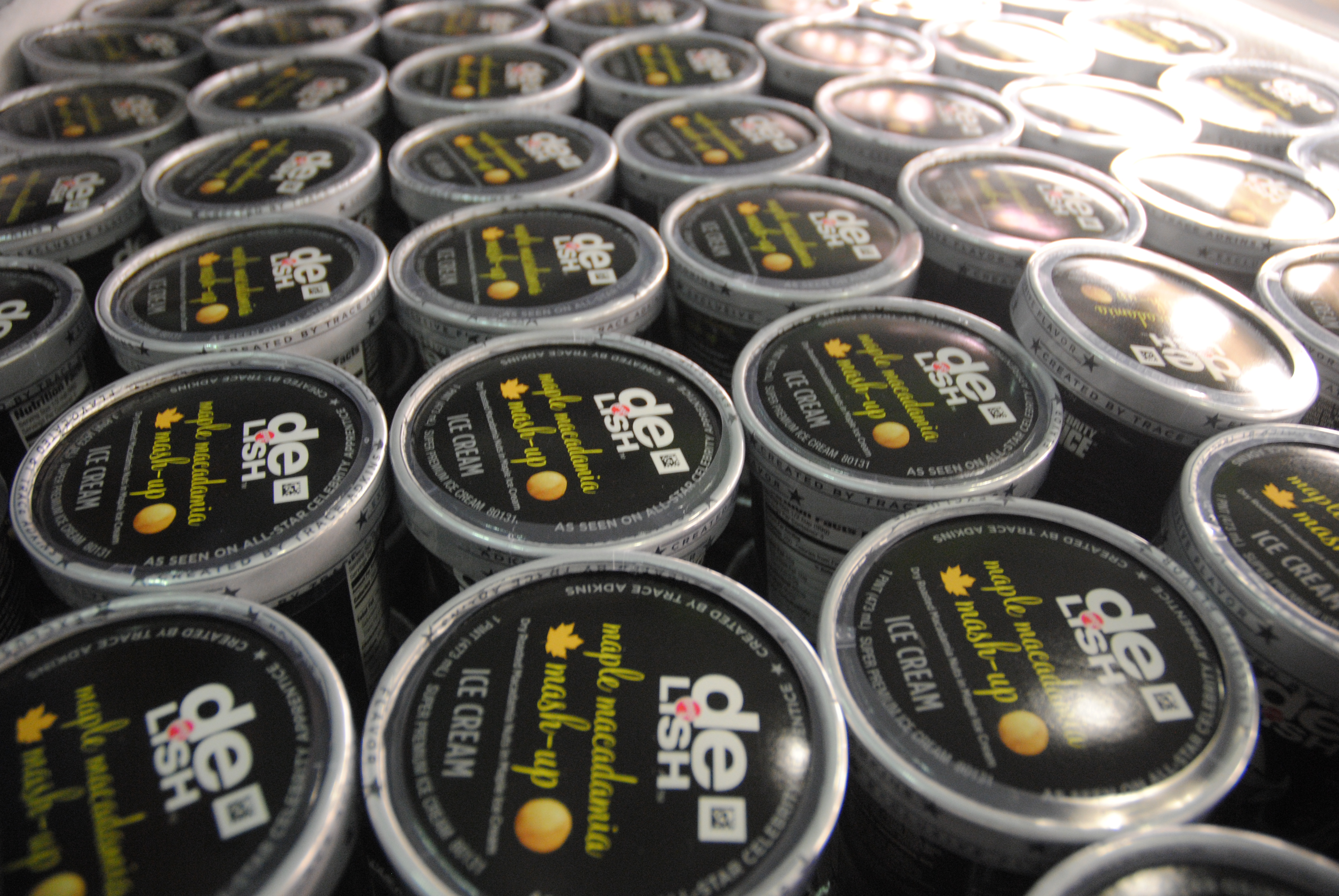 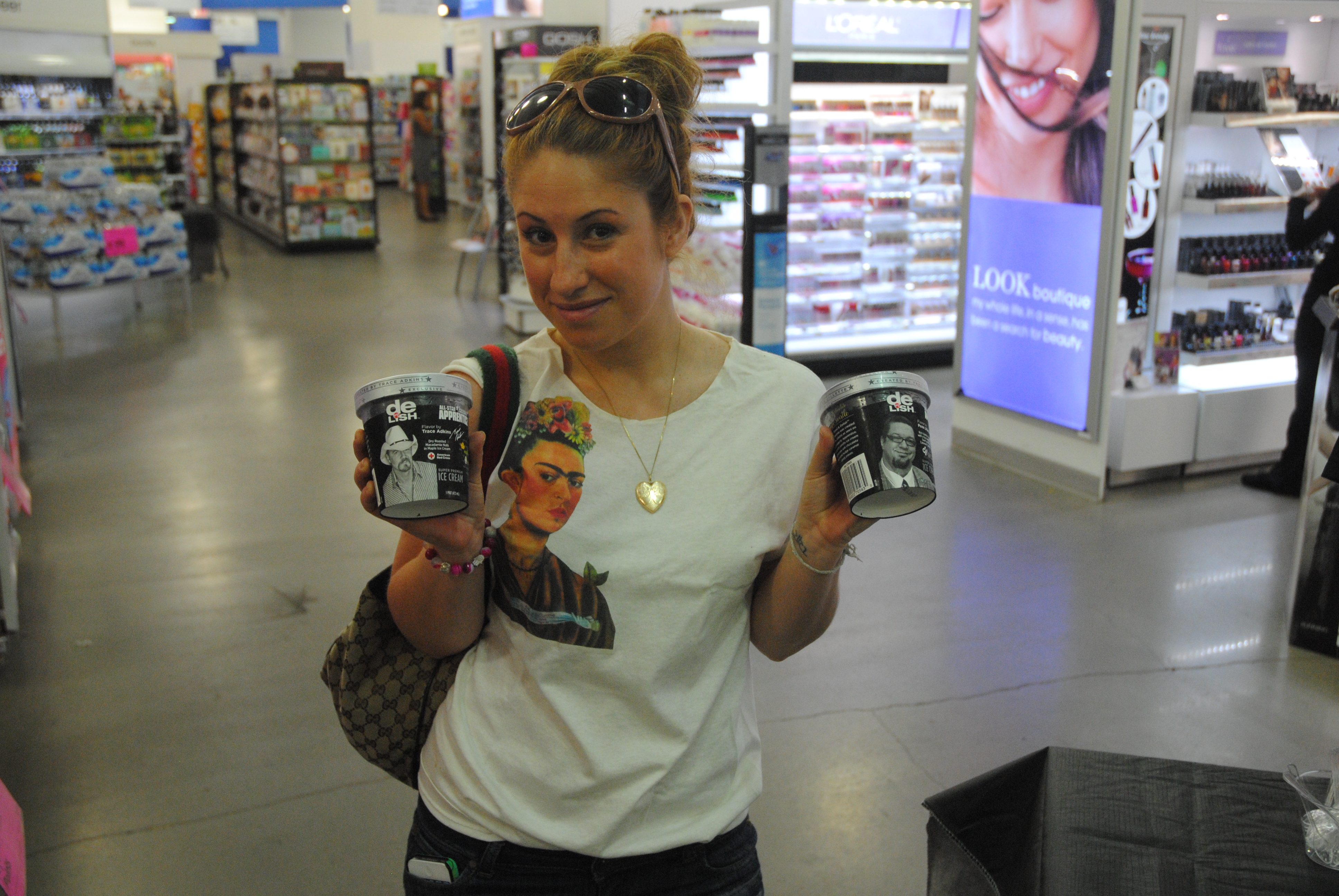 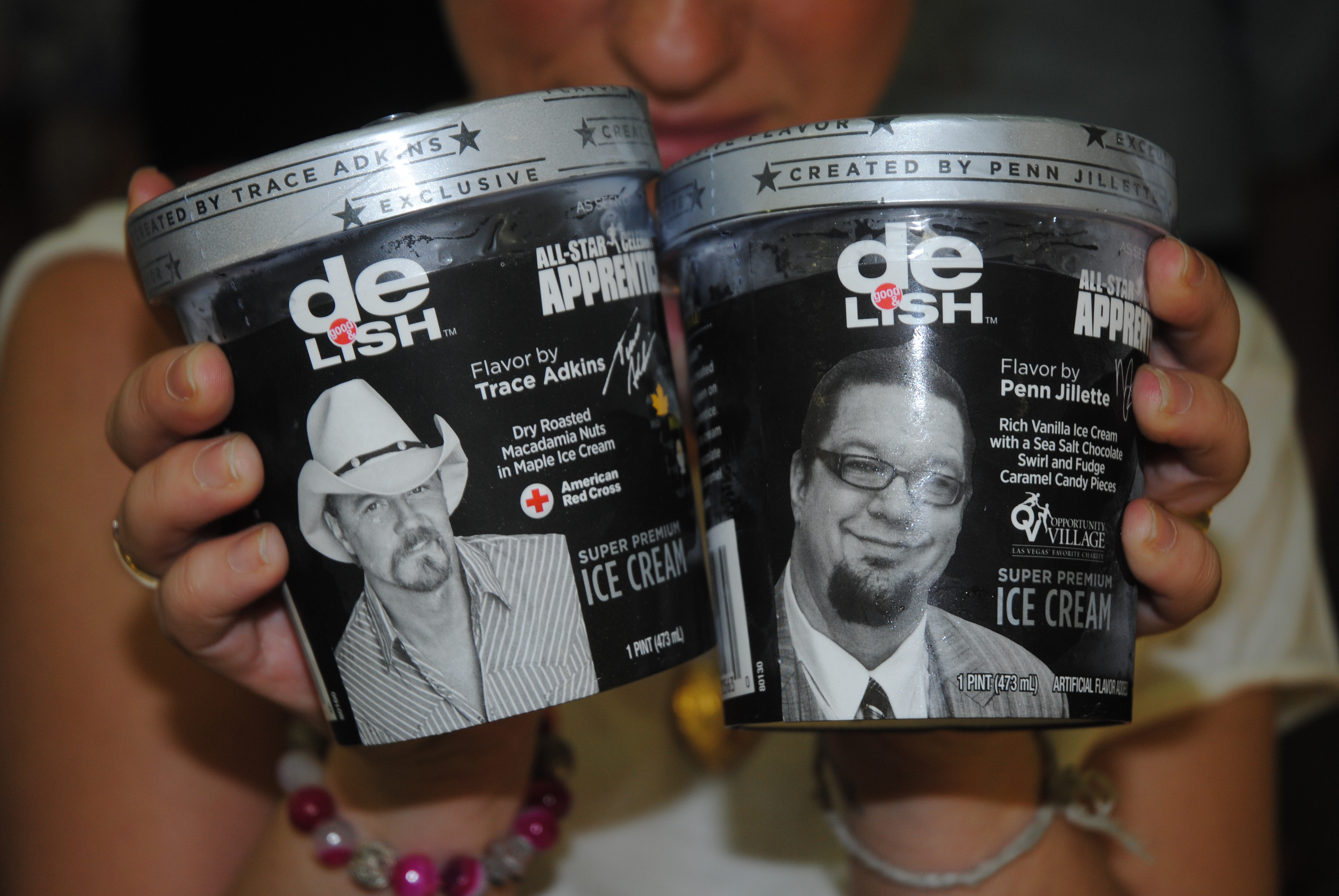 Check out These, and Other Great Offerings from Delish Here 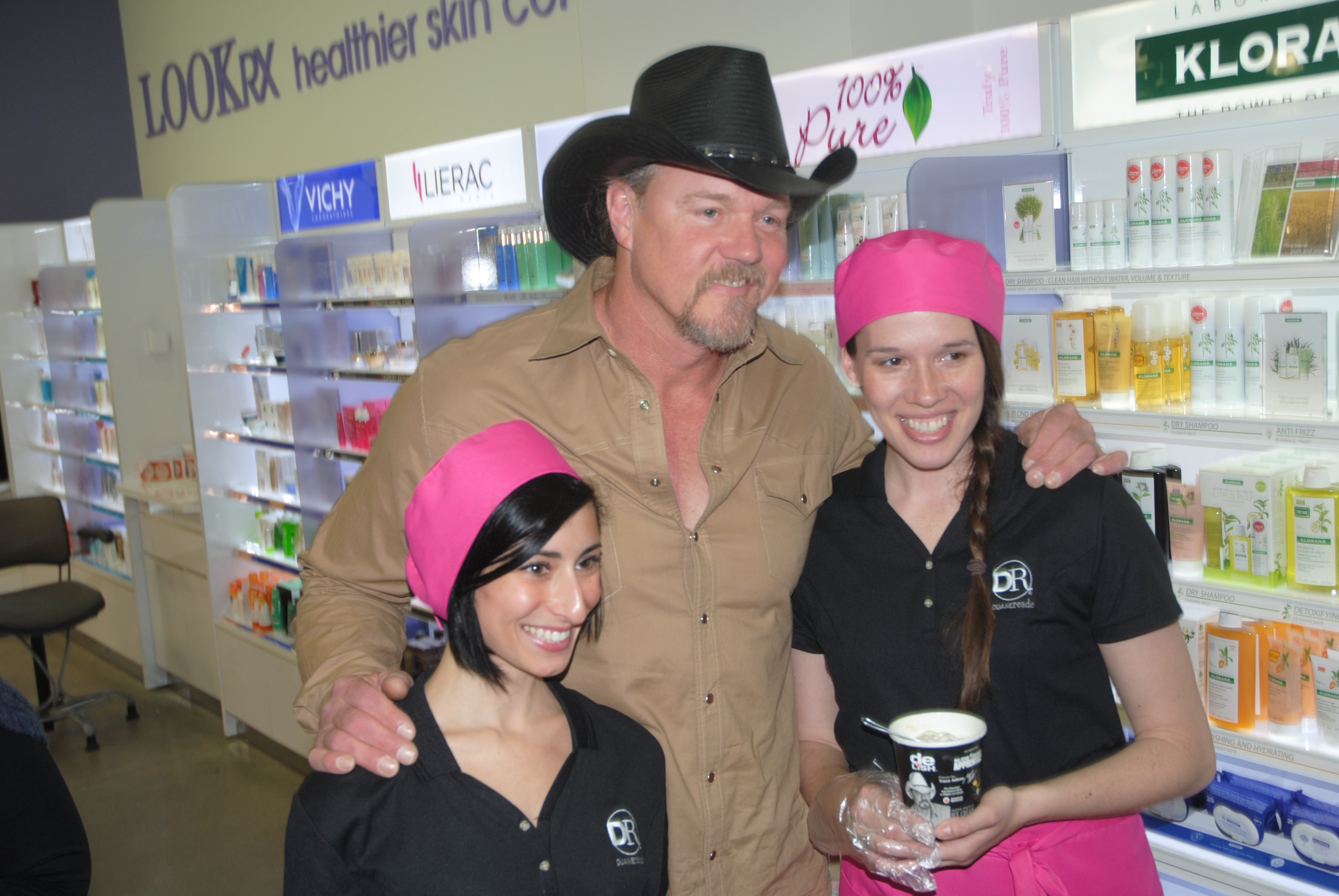 Trace and his Macadamia MashUp Mavens 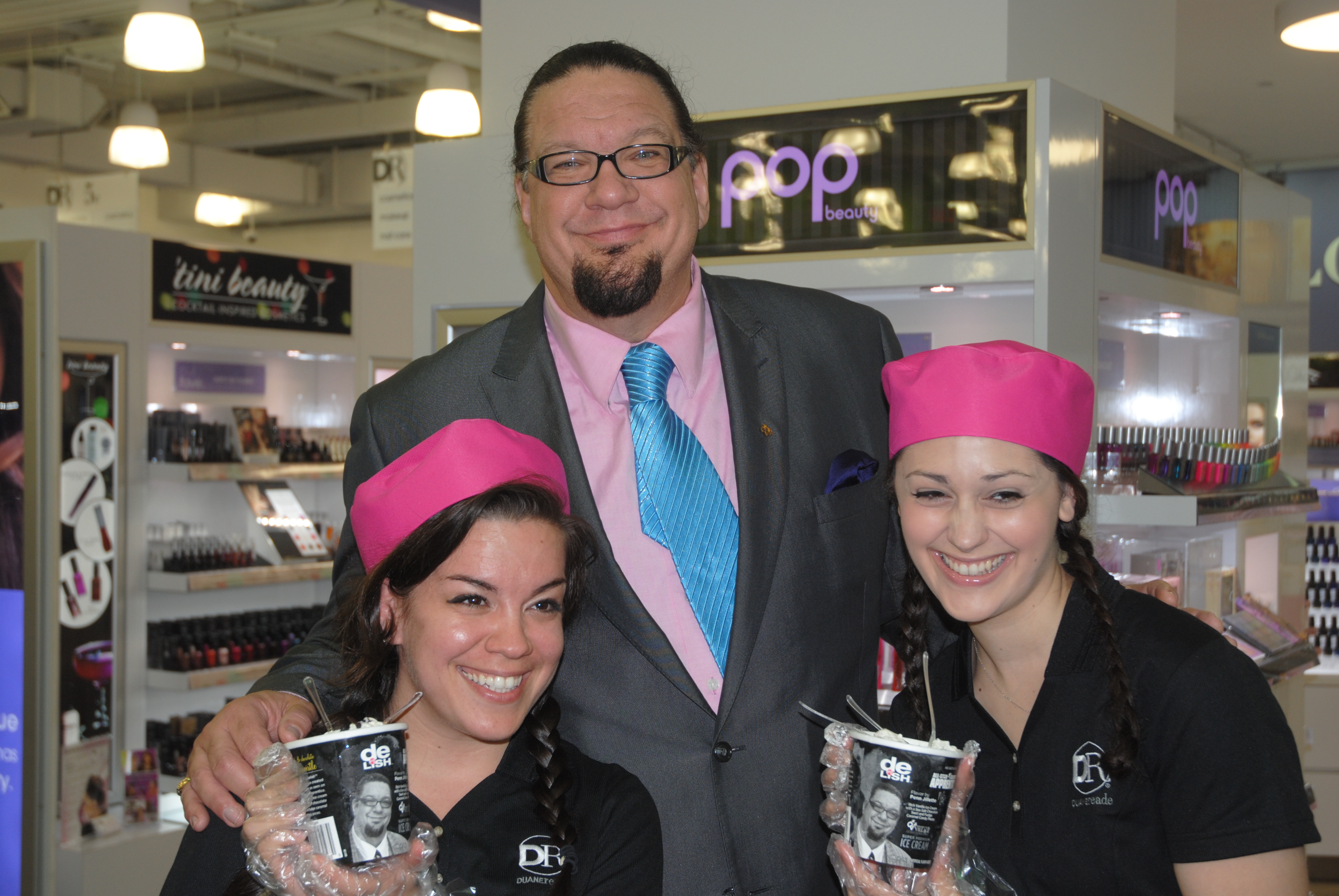 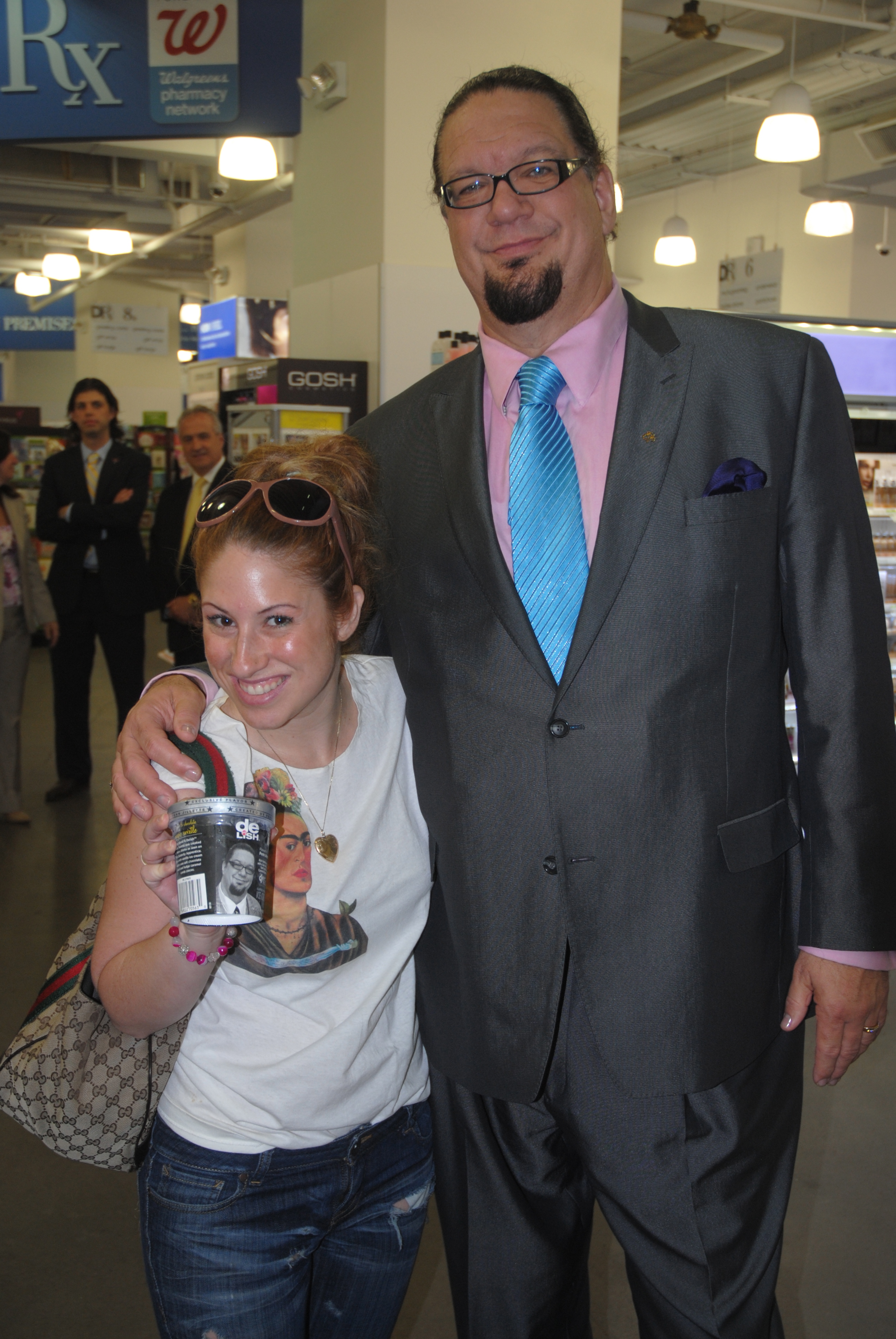 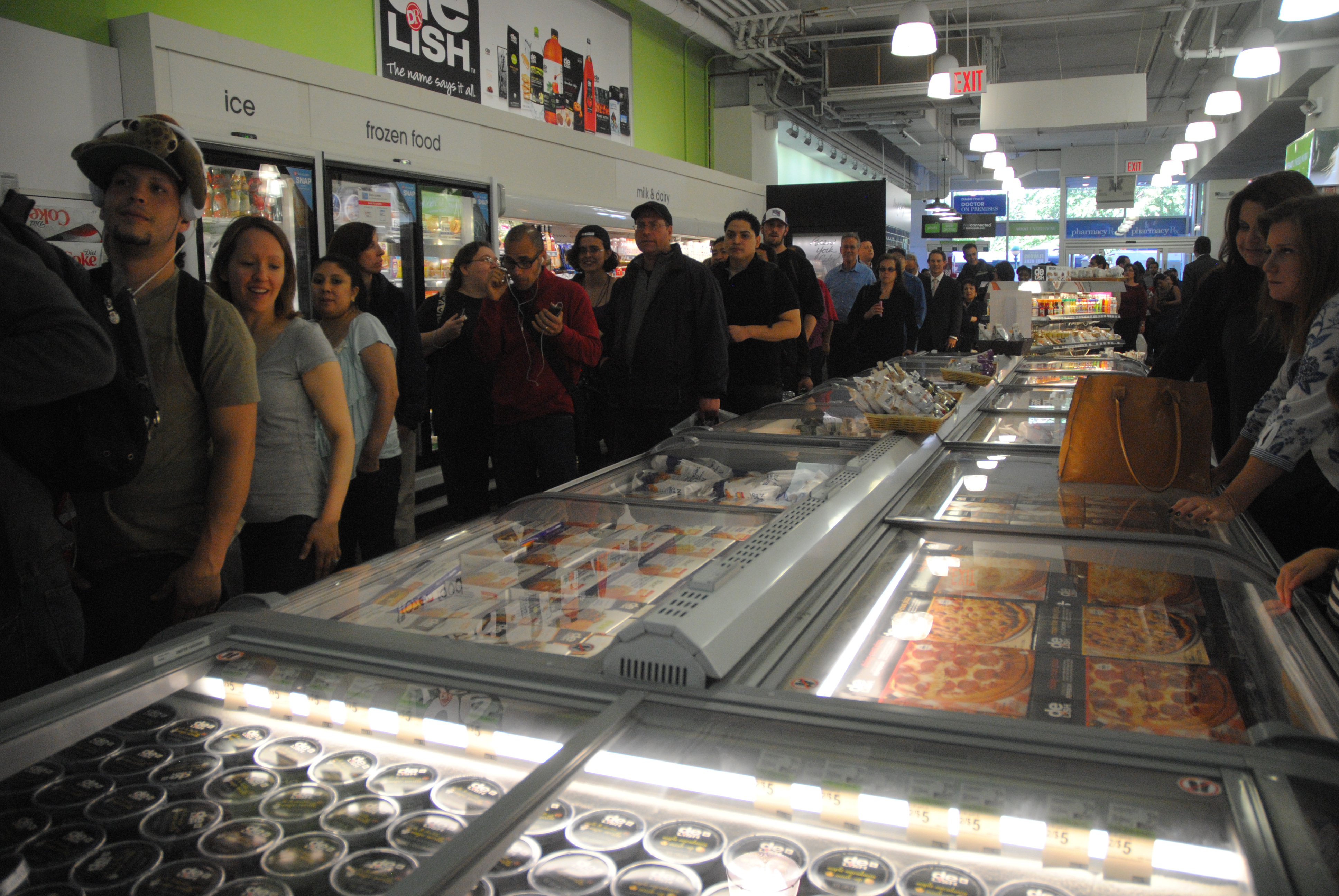 The Super Fans included someone going to AC for Trace’s show later that week, and A giant sized Trump Doll for signing! 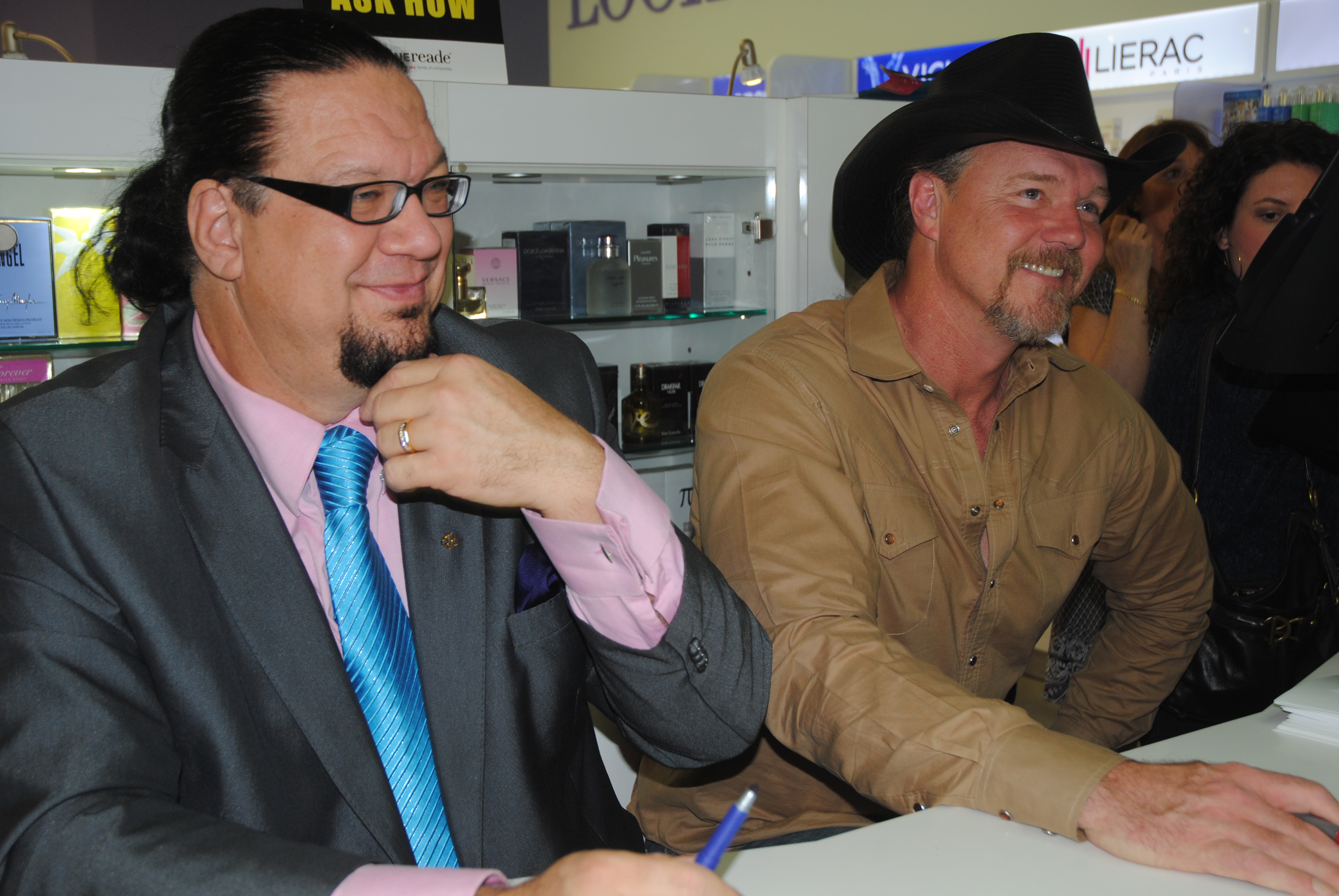 All Photography by John Turck