NYFW is officially winding down, and though the ultimate style mavens are still going, my spring 2015 fashion week ended Tuesday. Since then I’ve been busy putting together everything I saw, and heard and trying to put all that inspiration to paper. Or, rather, to screen. This year, I actually loved almost everything I got to see. One of my favorite homages to the Spring ’15 season was the Trina Turk SS15 show, for a some simple reasons.

Firstly, I got to go backstage with Boots Usa, and cover all the behind the scenes action, before later seeing the finished product. The format of the collection, which was spread out in sections, as opposed to a runway, made it not only easier, but more fun to view. Models actually smiled at me, and felt approachable, unlike the blank stares that usually unfold before you. Throughout the hour, interactions continued to take place. Another major theme was social media; not only ubiquitous throughout the crowd, but also, part of the show itself. Both men and women displayed bold apparel and accessories, while simultaneously being occupied by their cell phones. Show-goers including the models in their own selfies became abundant around me.

But above all else, the star of the show was fun. And that’s exactly what each item was. From vibrantly printed shorts, to bright maxi dresses, and jumpsuits, the vibe was as welcoming a cool, spring breeze.

Bright colors and prints were evident in the hair too. The women all wore varying headbands of different stripes and sizes, and chunky baubles and chain necklaces were displayed throughout. 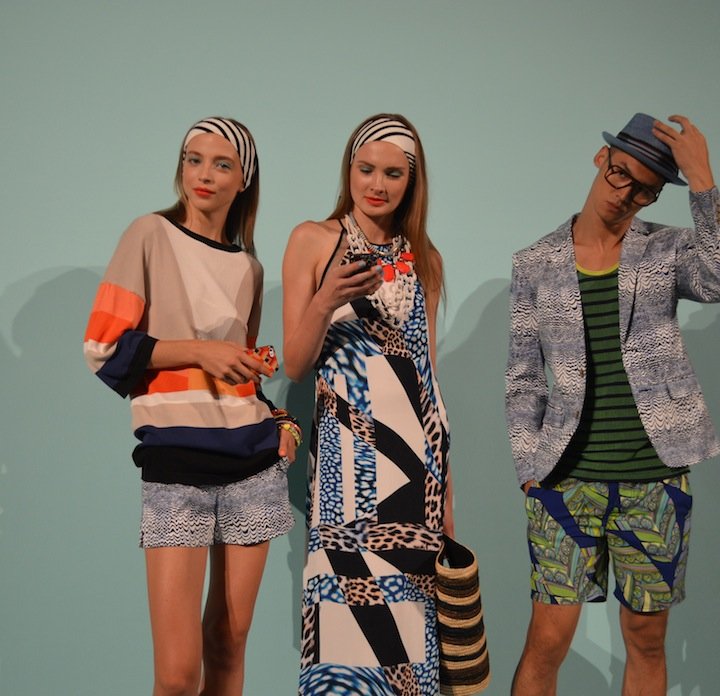 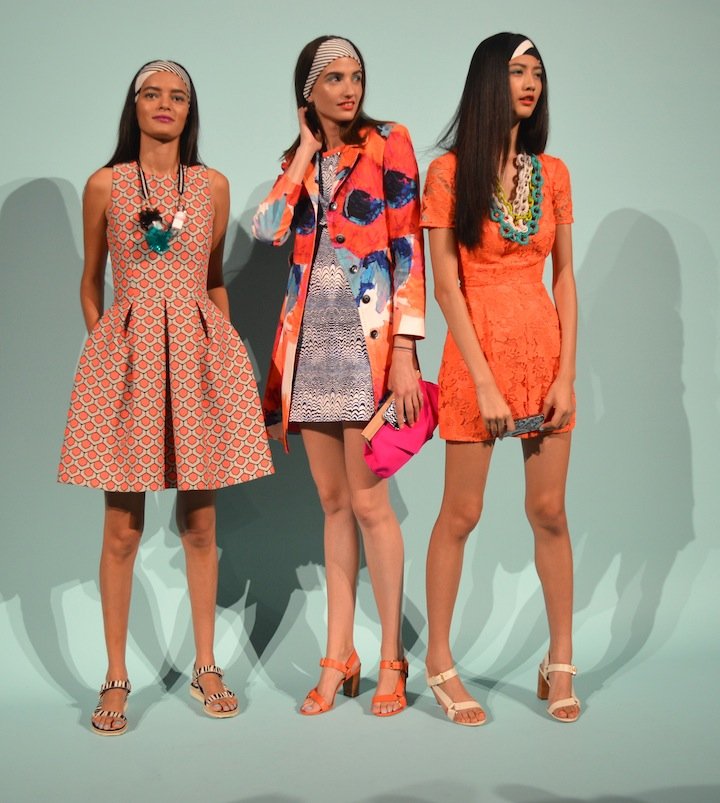 One of my favorite looks of show was a cream, poplin pullover complete with hoodie. The second I saw it, I wanted it in my closet, not for spring 15, but now. 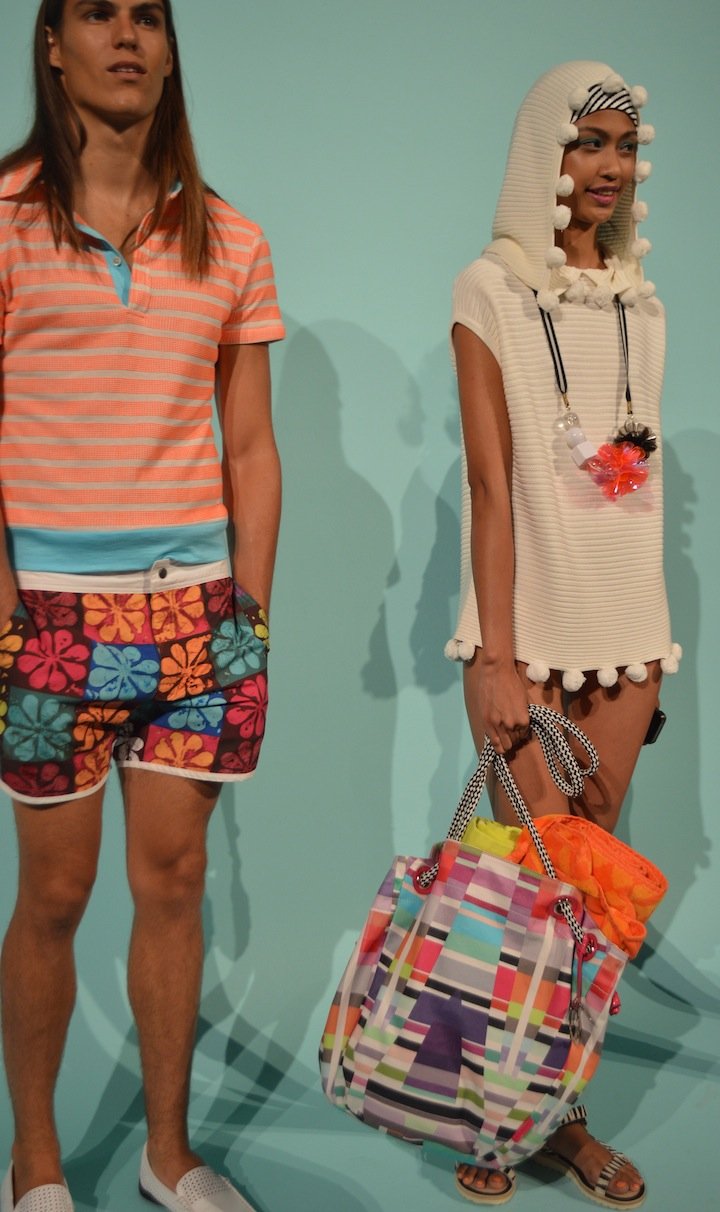 Another favorite look was a brightly patterned, monochromatic style with matching shorts, top and hat. Though maybe not easy to wear as a set, each piece is amazing in its own right. 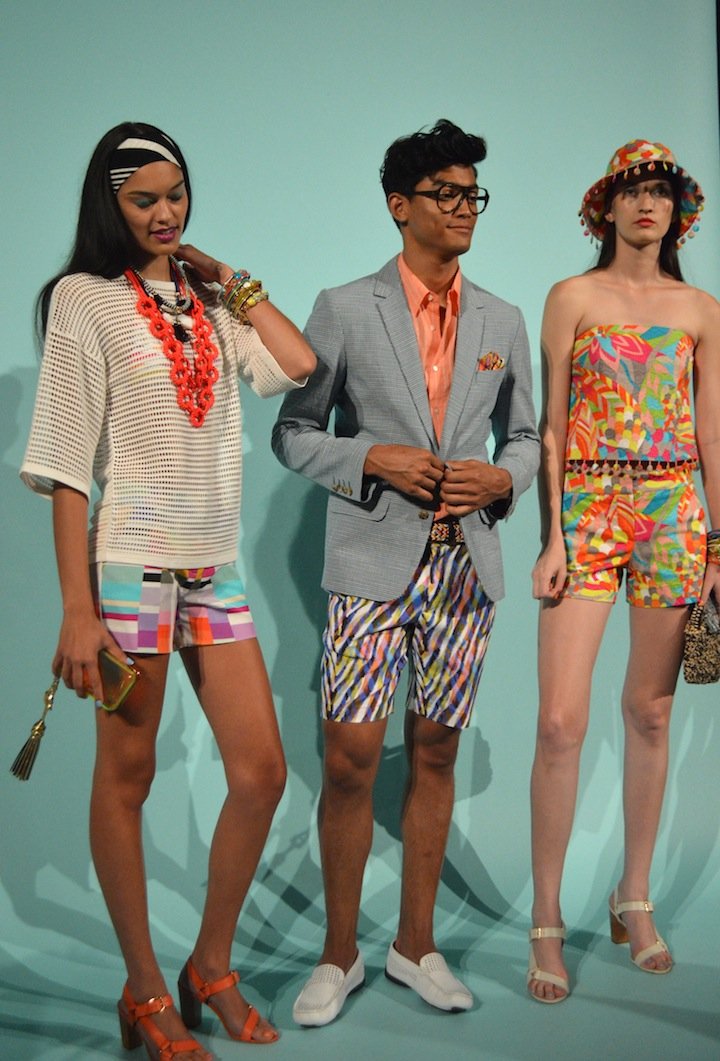