I’m still amazed when I see stories telling me to ‘watch this classic you may have missed’, referring to the Goonies, or to Check out the best movie you never saw, Don’t tell Mom the Babysitters Dead. Amazing because in the bubble i live in within my own brain these are movies I can’t fathom anyone not knowing, or just “discovering” for the first time. But for a Generation X’er, or very late millennial (I’m still unclear where the title truly begins), like myself these movies shaped my childhood and still now at 36, a certain point of reference. We may be living in a world of Donald Trump, Beyonce obsession, and where chasing fictitious arcade Pokemon around the city can become a phenomenon of insane proportions. But I like to reside in a simpler time when movies could grab you. And I don’t mean literally grab you off the screen while you sit in your recliner chair munching popcorn and wearing black, plastic glasses. I mean mentally. That’s not to say some movies out there don’t try. I happen to fall into the group of people whose face lights up, and eyes widen when you mention La La Land. But somewhere between art and CGI takeover lies another group widely looked over, even looked down upon, and more times than not, forgotten. They’re the classics of our time that one day, subject to major eye rolls, you’ll try to show your kids. “How dare you not give Scrooged it’s due BILLY?!!”. “Destiny, come here, you’re going to sit down and watch Gremlins and you’re gonna like it!”. “This scene from Basic Instinct was super scandalous in it’s day and….what do you mean, you don’t care??”

Snap-chatters of today may never know our classics, or even stellar standouts that paved the way for all the crap they watch, or maybe even love now. They think The Shallows is a Jaws remake, and call Pulp Fiction ‘an oldie with that weirdo John Travolta’. And unless they’ve seen Tarantino’s 2016 flick which won Jennifer Jason Leigh rave reviews, they likely don’t know much about her either. On that note, and given the actress’s recent birthday, it seemed an appropriate moment to pay homage to Ms. Leigh by celebrating one of her finest roles in one of those stellar, forgotten movies; Single White Female. 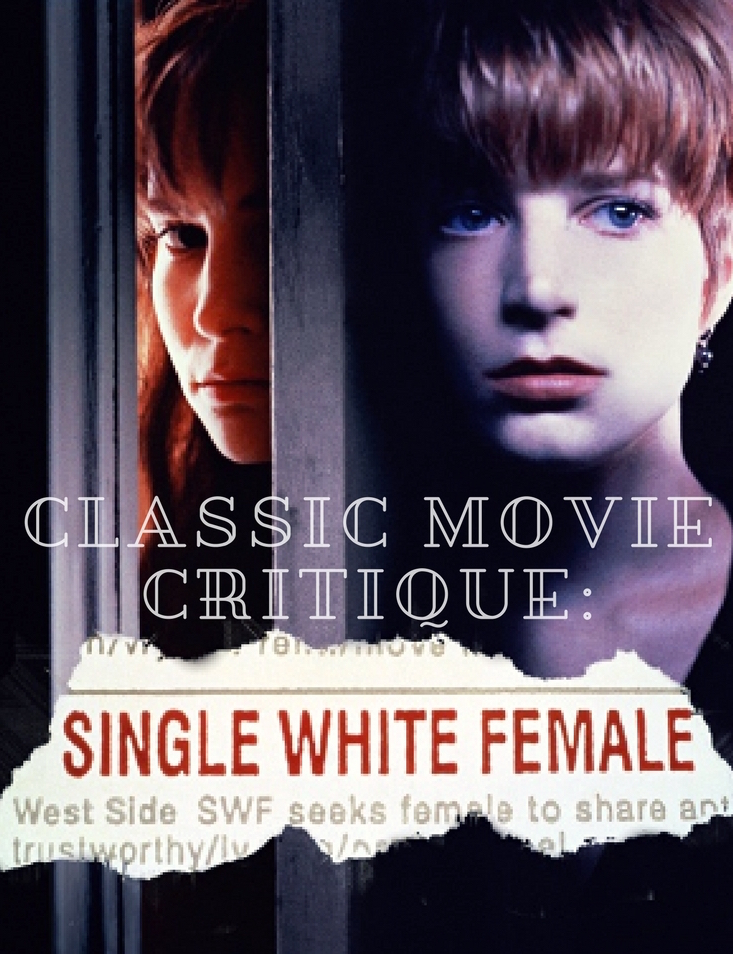 In 2017, certain aspects of this 1991 thriller would immediately not hold up. Firstly, no one takes a room mate without googling them first, and the idea of soliciting for a roommate in the ‘want ads’ sounds insane. But before Craig’s List, and countless room mate apps and websites, acronyms like SWF were a common part of our vernacular. And before the internet provided countless hours of information, research, and search history at your fingertips the only way to discover someone’s dark side was finding a concise scrap book under the bed, or stumbling upon a hidden box falling out of the closet. (In Single White Female, it’s the latter which eventually propels our protagonist right into awareness and the second half of the story.)

When we meet Allison she’s a hip New York girl who seems to have it all. The look, the apartment, the career and the man. After he’s caught cheating, she throws him out and is left to find a roommate for her city space. Chance and circumstance leads her to Hedra, a meek, mild mannered brunette who, at first, seems perfect; even like a sister. But things aren’t what they seem, and the girl’s chemistry slowly starts to shift from friendship to obsession. 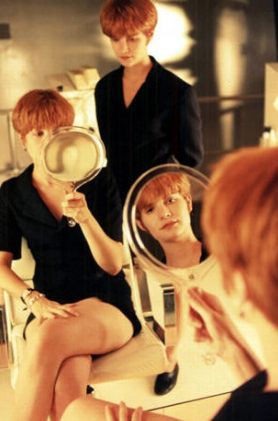 Female friendship is just as important in today’s world as it was then. Even more prevalent now as passion, rallies, and marches drive us closer together than ever before. But other sentiments continue to reign in our world too. Instagram likes, snap chat stories, and the art of personal branding has taken exposure to its highest point and with that also comes envy, and imitation. This brings us back to Single White Female, which takes the notion of ‘imitation is the sincerest form of flattery’ and slams it on it’s head. Although the movie first appeared 25 years ago, underlying themes of female envy, emulation, and even acceptance are not only still around, they’re more relevant than ever before. Even if Bridget Fonda’s haircut is not.

In today’s world, Allison would cringe upon finding Hedra’s Facebook page, plastered with random pictures of them. Or perhaps be shocked to discover her roommate has been going out on Tinder dates every night, endlessly swiping right while pretending to be Allison and even using her picture as her profile. She would run into her at a Dry Bar appointment, wearing the same Lululemon yoga pants while remarking on the odd coincidence that they both signed up for the same Orange Theory class. Instead, Allison is confronted with oddities like a matching closet of clothes, the accidental death of her new puppy, and, at it’s height, an identical haircut complete with matching, red dye job. As the similarities grow, so does Ali’s annoyance, and suspicions. But Hedra’s issues aren’t just your typical, roommate jealousies. Beyond imitation, and fascination lies something much, much darker.

You see female duos all over the city, from your local coffee shop, to your daily workout. All across the globe, strangers are catapulted together through living situations or housing needs, and their lives potentially change. Paths cross, and they can forge new friendships, dynamic duos, or just amicable living quarters at best. Your roommate can be your best friend, your therapist, your going out buddy, or simply the person with who you share a space. And in 2017, Single White Female can still act as a cautionary tale. One that tells the sophisticated women of this metropolitan city to do a few key things before picking a house mate or BFF to galavant with around town. Always research, be selective, and make sure to be informed on all key aspects of the Single White Female, no matter what decade she resides within.