By now, you have definitely at least heard of trendy food hybrids, like the Cronut, and the Ramen Burger, even if you’ve never tried them. The craze has reached such a trickle down frenzy that those not lucky enough to live in a thriving, bustling city can also embrace the trend. More and more suburb friendly restaurants are joining in the phenomenon, including Olive Garden, KFC, and now Pizza Hut; an indication that the belief behind mixing two food ideas into one master combination has no signs of slowing down. If you still need a fix for this addictive, and very current drug, check out the five options below, sure to satisfy any craving, be it salty, savoury, or sweet.

1. The new sushi burrito. In honor of International Sushi Day this Thursday, June 18th, popular Brazilian sushi spot Uma Temakeria  and it’s famous chef of the same name will take sushi to the next level and unveil the next coveted food hybrid in the process. While they’re totally customizable with other ingredients, Uma Temakeria’s “classic” sushi burrito consists of fresh salmon, tuna, spicy mayo, julienned carrots, cucumbers, and sushi rice seasoned by Chef Chris Jaeckle. It’s all wrapped into a burrito with a sheet of crisp nori. The new concept will roll out (pun intended) this summer at the Chelsea location. 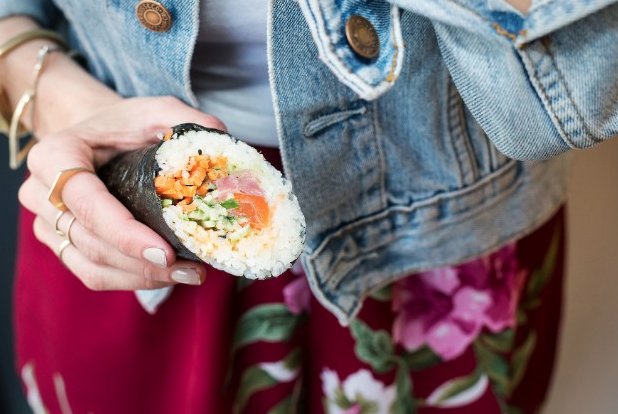 2. Black and white cookie ice cream. One of my favorite desserts, and a classic NYC treat is the black and white cookie. With food hybrids, and new concepts in both salty and sweet emerging more and more each day,  the pressure to produce exciting, and delicious new concoctions is high. But that was no problem for the team over at Ample Hills Creamery andBaked bakery. They decided to combine the two treats into one Instagram worthy package called the Black & Walt. The combo of vanilla malted ice cream slicked with malted fudge is shoved between a split baked cookie, then rolled in some Ample Hills’ malted-chocolate Rice Krispies crunch. It’s available for $7 beginning Friday at all Ample Hills and Baked shops, and will eventually be sold at the Ample Hills kiosk in Brooklyn Bridge Park. As Jerry Seinfeld said, ‘Look to the Cookie, “, and we’re planning to do just that. 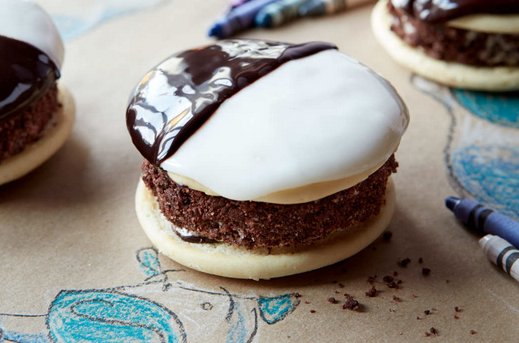 3. Cruffin. Obviously, as is usually the case, the trickle down effect has also hit the food hybrid trend. Since the famed beginnings of the cronut, there has been a lot of similar ideas to follow of varied successes. Even Dunking Doughnuts has their own cronut. But the cruffin, the new invention from Ry Stephen, is looking to reinvent the reinvention. The outcome? A sweet treat of brioche dough strategically cut  rolled, cut, and stacked into a muffin shape, resulting in a flakey, light piece of heaven.  Each day a new flavor is announced, including ones like fluffernutter, s’mores, caramel cream and more. Unfortunately, these goodies have yet to hit our island, but the San Francisco bakery where this pastry is sold is so popular, they’re limited two per customer, and garner lines reminiscent of Dominique Ansel’s aforementioned treat. 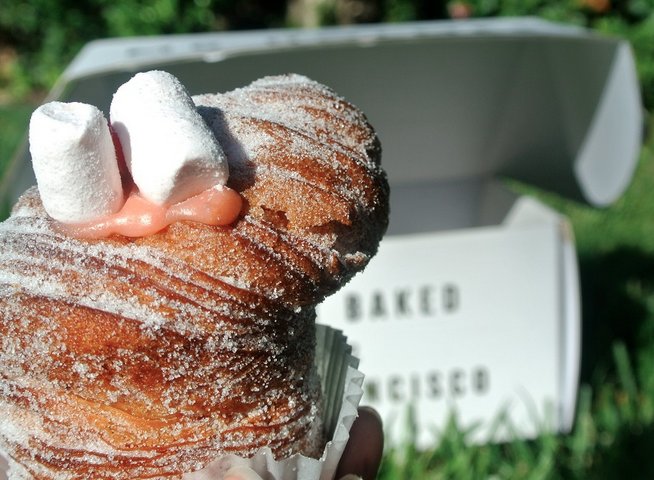 4. Doughka at Dough. As if this place wasn’t already sweet enough, now, Fany Gerson, proprietor of Dough and La Newyorkina, has begun to introduce some brand new treats, and they’re different to say the least. At the Flatiron Dough, they’re selling “Doughkas”; a babka loaf with a doughnut-dough base, which get rolled, cut, braided, and baked. There are three flavors: Mexican chocolate, filled with a bittersweet-chocolate spread, and dusted with Mexican cinnamon-sugar and Mexican chocolate; Lemon & Olive Oil, studded with candied lemon, rolled in lemon sugar, and brushed with olive oil and a touch of salt; and Sticky Banana, which is a sticky-bun-meets-babka situation stuffed with cinnamon, toasted pecans, and a sticky frosting. As if the hibiscus doughnut wasn’t enough to keep me hooked on this place, the doughka is like discovering a whole new planet of doughnut. 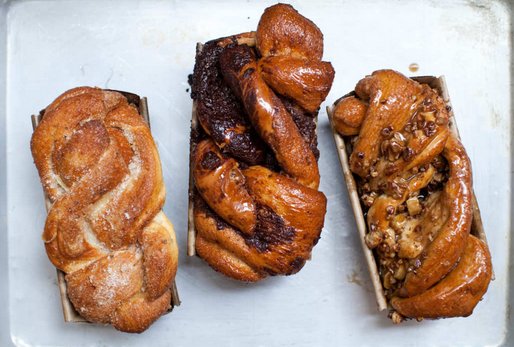 5. Cupcaron. Just when you think you couldn’t bare anymore pastry hybrids, another one comes along, and you wonder where its been all your life. Case in point? The Cupcaron; the latest sweet treat from Baked by Melissa. A mini mixture of cupcake and macaron, the dainty treat is super small, but one delicious bite. The cupcaron comes in flavors like cotton candy, chocolate graham and strawberry cream. 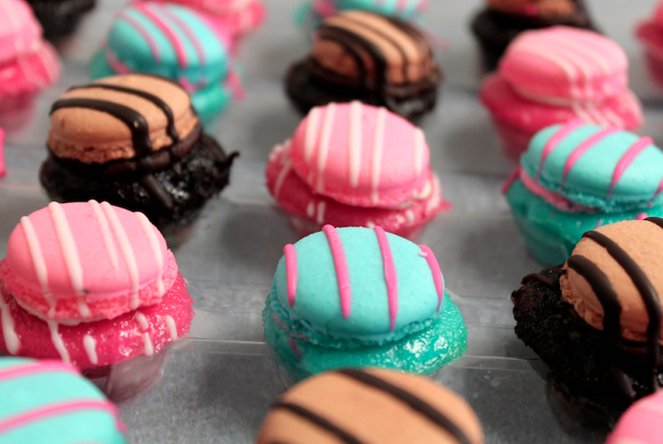