By now many of us already binge watched all of Black Mirror Season 4. Each episode plays out like a short movie with an underlying cautionary tale to tell. Delving into the future to warn us of all the perils that growth and inevitable technology can cause, especially if utilized improperly. For all the advancements, effects must come. But in Black Mirror hang the dj, the season’s 4th episode, this theme is both cautionary and, unlike mos other Black Mirrors, optimistic.

In this dystopian future, simulations are standard. Chip implants that regurgitate a memory, dull the senses, transport souls, and more are ubiquitous practices. In some cases the innovative future is awesome. For one; an automated, instant pizza delivery truck in Crocodile. Last season’s stand out episode Nosedive  showcased a future that made a statement on our social media frenzied world. Black Mirror Hang the dj satirizes another frenzied topic; online dating. One that has seen a lineage from creepy to hopeful, successful, and then fully oversaturated and cynical. The emergence of huge dating apps has only plummeted it further into the rabbit hole. We’re a real life culture of instant gratification. If you don’t like someone, (or even if you do), you can just swipe to the next one, like pulling a number at the deli counter.

It’s become more pessimistic than optimistic and the ability to find love feels more like a competitive sport. A notion that the black mirror hang the dj episode is predicated on in a way. In the future, you can choose to live in a community where you’ll be consistently paired into relationships. Not a date that you can leave when you want via fake plans, or pre meditated phone calls but a pairing you have to stay in for an allotted amount of time whether you want to or not. As long as your personal bot (some kind of advanced, fun size Alexa) tells you the relationship will last which could be years, or mere hours. Like real life, you go through each relationship with the belief that there’s something greater out there, somehow growing closer with each failed partnership. Each one a stepping stone to finding your perfect match. But unlike Match.com, an algorithm, not you is picking your supposed suitors.

We know this works as evidenced by events and weddings within the community celebrating those final, ‘perfect matches’. But like an Instagram filter, or Facebook picture, we don’t know them or their relationships. Everyone’s too busy attending endless dates, fulfilling vapid relationships to notice or care. But when Amy and Frank meet, they throw the algorithm off. They actually like each other, which means they don’t have the standard first night sex (in this world you immediately live with your partner in a house reminiscent of The Truman Show or Pleasantville). Two films centered around becoming self aware of a seemingly perfect environment.

When they’re supposed to part ways they dutifully agree, moving on to other boring, unchallenged relationships. When the algorithm sets them back up, then threatens to separate them again, Amy becomes increasingly convinced the system isn’t so smart after all. ‘What if they’re just doing this to us over and over again, constantly wearing us down until they finally pair us, not with the one, but just the one we’ll settle on?’ she wonders to Frank. Something many of us have wondered after countless, uninteresting dates that left us no better off than where we started.

They tell women you have to kiss a lot of frogs before you find your prince. It’s a numbers game, they say. The more quantity of dates, the more chance that eventually one will be a winner, maybe even your soul mate. It’s that hope which is the engine that keeps online dating running. Or maybe even all dating.

Even though Hang the dj exists in a world where dating is like choosing a movie to watch on Netflix, there is an underlying hope in the journey. It might be saturated, and completely redundant, but at the core there is something beautiful waiting at the other end, if only you’re willing to look. You can potentially go through life on the hamster wheel of dating, forever trying to fulfill some supposed destiny, and never get off. Here in lies the cautionary tale in Black Mirror Hang the dj. With complacency comes an average life but with risk, comes reward. What better moral than that could there be. 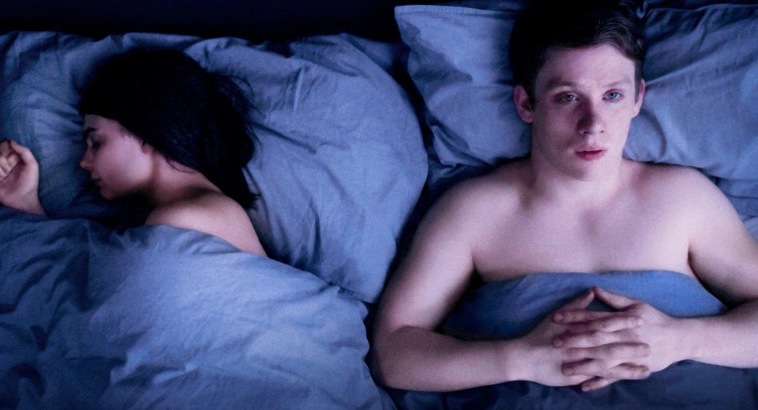