As we prepare for Guardians of the Galaxy 2, Baby Groot fever is at an all time high. The hypes already out there that the sequel will be even better and bigger than the first one, which surprised many, including me, by being really, really good. Not only is it one of the most well made of it’s kind, it’s more enjoyable than other predecessors, and of course, super successful. As pandemonium rises with the movie’s release only a few days away, I, like so many million others am excited and curious to see what Gunn’s new sequel has in store. The old school movie buff inside me has also been experiencing some nostalgia with the upcoming release. Mainly for for all the other great sequels before that wound up being better than their originals. It’s a rare feat when a sequel excels it’s predecessor. One of the more famous accounts of this is is the Academy Award winning The Godfather part II. In the years that followed, more movies would go on to attempt greatness well past their first chapter. Of course, when any movie, blockbuster, or independent does exceedingly well, the likelihood of more is always expected. But success the second time around is not a given. In many cases replicating it or surpassing it can be impossible, if not difficult. It’s highly likely that Guardians of the Galaxy 2 will break some records. Whether or not it will wind up on this list though remains to be seen. If the passion surrounding the film is any indication however, the sequel will definitely make some movie history. As the opening approaches, and a new Alien sequel also excitedly lays yonder, I’m going backwards. Waxing poetic on all the best movie sequels that came before that (like maybe this one), could be argued are a bit better than their originals. 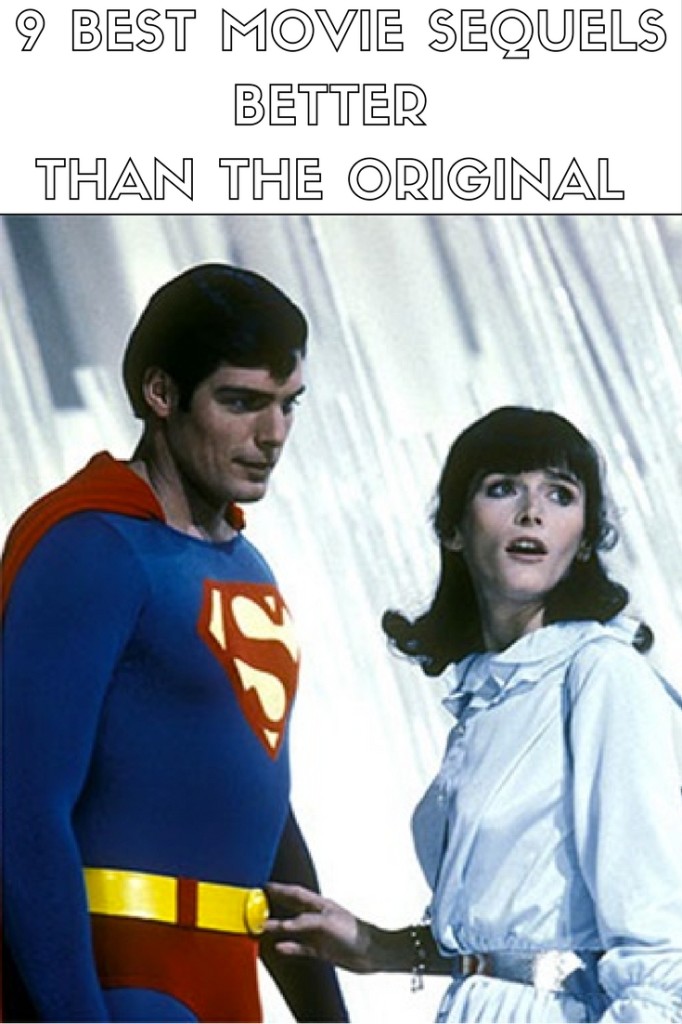 1. Superman II. By far the best movie in the original Superman franchise, and also the one most replicated in newer Superman sequels.

2. Jaws 2. Obviously Jaws is a classic, that fact is undeniable. But there is a good argument to be made that it’s sequel Jaws 2 is very highly underrated.

3. Spiderman 2. Many superhero lovers would argue that Spiderman 2, not the first one, is actually the best in the Tobey Maguire series. Maybe even of the best superhero movies of the last few decades.

4. Evil Dead 2. Some think Sam Raimi’s follow up to The Evil Dead, also staring Bruce Campbell is far better than the first, and the more memorable of the series.

5. Indiana Jones and the Temple of Doom. The sequel to Raiders of the Lost Ark is actually a prequel, and arguably the best in the entire franchise. Who can ever forget Monkey Brains? It’s even part of the artwork at hip, Lower East side spot, The Garrett.

6. Aliens. The original 1979 movie is the classic. But it’s the sequel that earned 180 million worldwide, was nominated for seven Academy Awards, and actually won two for sound effects editing and visual effects. It’s definitely considered one of the best movie sequels in a series.

7. Gremlins 2. Okay, the Gremlins sequel is obviously NOT better than the classic original. On the other hand, there are actually pieces of this silly sequel that are creative and helped earn it some level of cult classic. All the variations of Gremlin that come out in this flick, from spider Gremlins, to the Brain, even a femme fetale display some level of creative, campy fun. So memorably campy in fact that even a classic Key & Peele sketch reimagines the original idea room for this sequel before it’s release. A memorable line, “Vegetable Gremlin, yup, that’s in the movie!”

8. Avengers 2 Age of Ultron. Most of my superhero watching comes from humoring my husband, and indulging in his dorky habits with him. This usually means I will be party to many, many superhero movies, probably more than my choosing. But sometimes, I actually pay attention. When a movie includes, in his words, the ultimate superhero fight scene, how can it not top the earlier one?

9. 10 Cloverfield Lane. It’s not supposed to be crystal clear if this is a sequel, prequel, or non related at all. But one thing that is, in my opinion, is that JJ Abram’s follow up to Cloverfield, while different, is better than it’s predecessor.