Best horror movies for valentine’s day worth a watch

Dinner and a movie sounds like a classic Valentines Day date. But if you’re one half of a horror loving couple, like me, then melting into the couch with a good slasher is an even better way to share the love on this heart filled day. If that sounds like a good night to you, then you might enjoy this list of the best horror movies for Valentines Day that are worth a watch.

Because to these type of people, every holiday’s an excuse to revel in horror. No more will we be tied to only thirty one days in fall. October, no longer the only month for a horror movie challenge. Even Valentines Day isn’t safe from celebration of all things gory and scary. Because let’s face it, love can be a killer.

the best horror movies for Valentines Day worth watching:

One of the quintessential 80’s horror movies. This Valentines Day focused horror got a decent 3D style remake in 2009. But the more memorable original, just released as a new two disc Blu-ray, tops the list of best horror movies for Valentines Day.

The film follows the inhabitants of Valentine Bluffs. A sleepy, miners town that endured a mining accident tragedy twenty years prior. Miner Harry Warden survived but killed the others and remained in an asylum ever since. But he vowed to return and wreak havoc if anyone there ever celebrated Valentines Day again. Now, the town is ready to open their hearts back up. But Harry isn’t going to let that happen.

Like so many of it’s kind, My Bloody Valentine is more revered now than it ever was during its release. Later viewings, and the rise of movie bloggers and sites has officially catapulted this eighties Valentines day horror movie into cult status forever.

Of all the horror movies for Valentines Day to watch, this one’s my favorite. It centers around a group of close girlfriends since grade school. They start receiving menacing Valentines Day cards from someone who appears to be Jeremy Melton. A fellow student from school who was mercilessly bullied and tormented. One of those horrific bullying episodes happened at a school dance. A scene which opens up the film, setting up its exposition. On the surface, 2001’s Valentine is your typical slasher. But on more inspection, it’s a sexy, suspense with some actual smarts. This movie’s always flown under the radar. But it’s one of my favorites. You can currently watch it for free with Vudu. 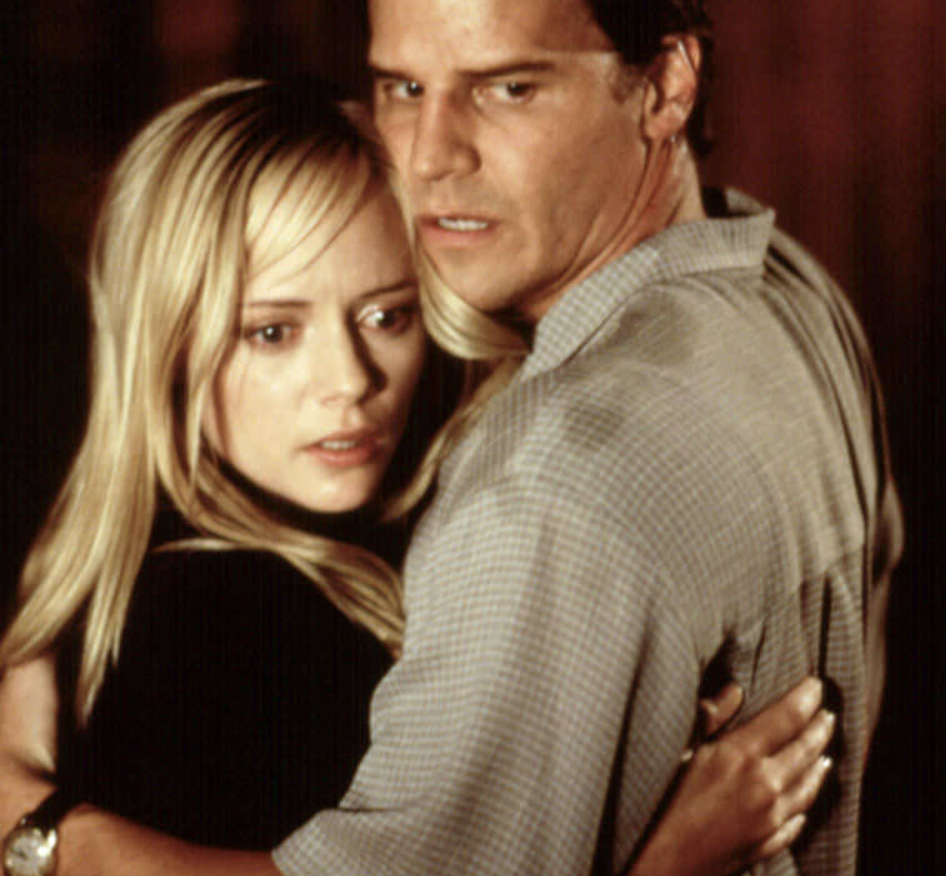 Runaway hit Happy Death Day took the Groundhog Day theme and turned it to horror. The first film was our introduction to Tree Gelbman. The superficial, bitchy sorority girl. Finding herself stuck in a time loop, Tree has to repeatedly die each day while searching out her killer. But she’s also transformed in the process. By Happy Death Day 2U, Tree is kinder, gentler, and has feelings for love interest Carter. Except this time, Tree wakes up in a different loop. One where her sorority bff/nemesis is instead dating her would be boyfriend.

Happy Death Day 2U is part horror, part sci-fi and part romantic comedy. It’s about fixing a time loop, and solving a murder mystery. But at its heart, the film’s about Tree fighting for her relationships, and opening up to both love and vulnerability. 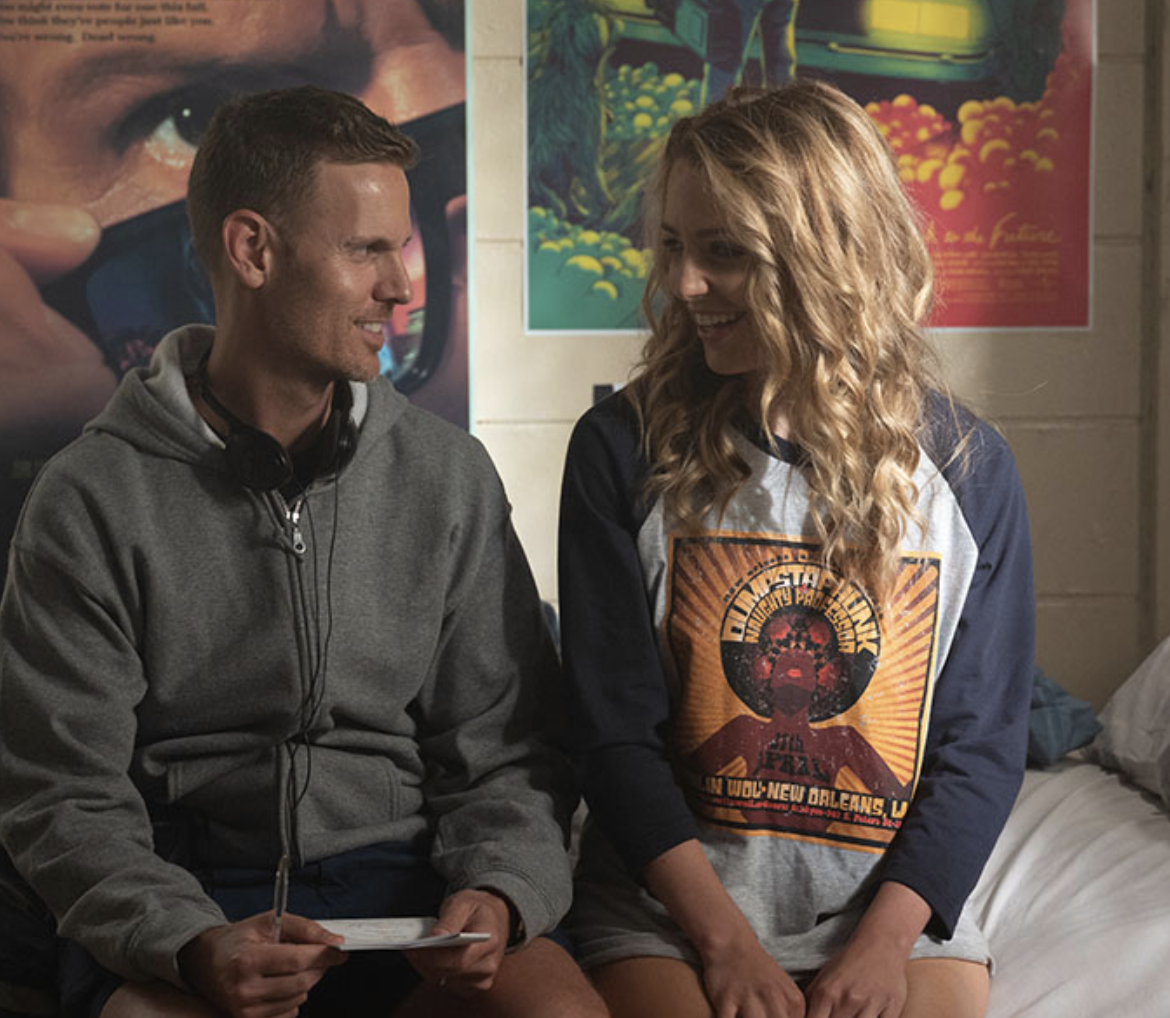 The hard to find 1999 film, (and Anna Faris’s screen debut) is at least worth a Valentines Day visit. Even though its plot is familiar. Thirteen years ago two young people were murdered at Lovers Lane by a hook wielding killer. He was caught but escaped, and is back to enact revenge. When a group of new, sex crazy teens hit Lovers Lane, the killer begins his antics again. 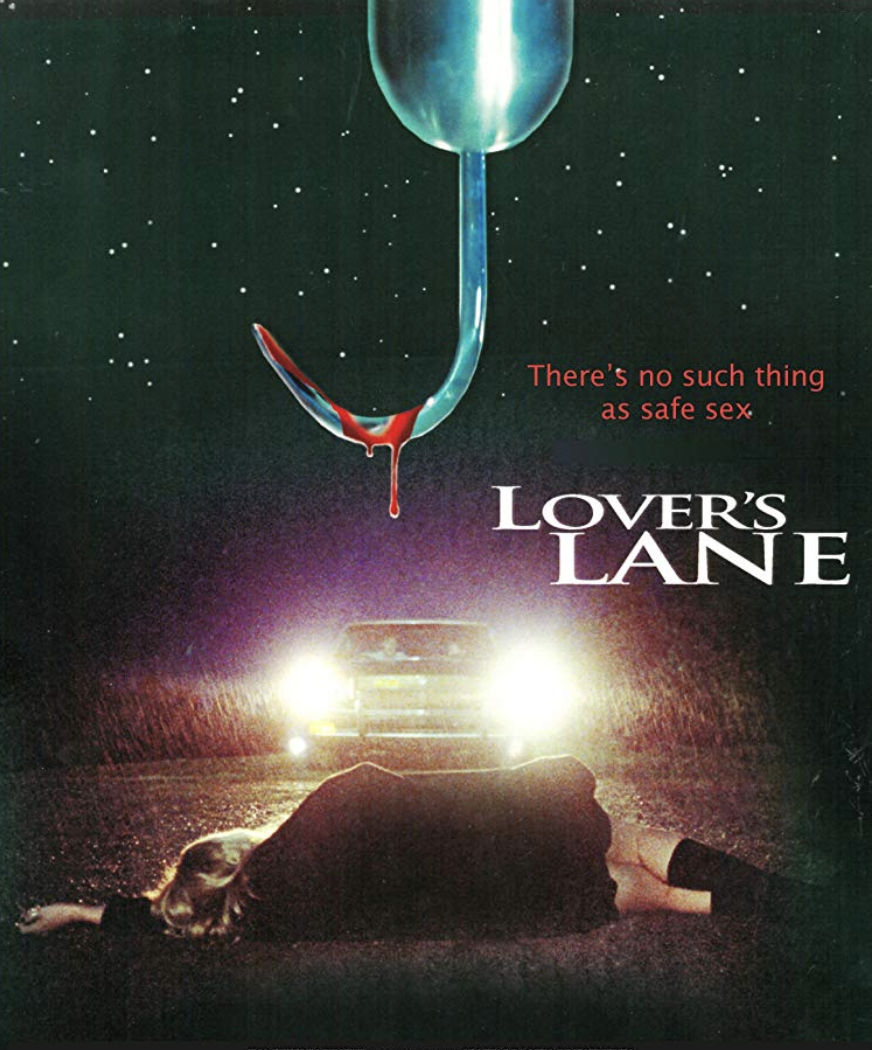 Powerhouse Blumhouse doesn’t just kick ass on the big screen. It also creates TV movies with Hulu and their anthology series Into the Dark. Most recently they’re responsible for Midnight Kiss, a LGBTQ slasher set on New Years Eve. This month, just in time for Valentines Day comes the latest, My Valentine.

My Valentine is more psychological thriller than horror. It also looks like a long, black mirror style, music video. But the story about a pop singer confronting her dangerous ex boyfriend is attempting to tackle deeper issues than just valentines themed horror. Issues that include physical and psychological abuse. As well as addressing the dangerous levels of obsessive fandom.

This little known 1981 horror movie isn’t an easy find. It IS however streaming on Amazon Prime right now. Perhaps because of the upcoming holiday. Like so many horrors setting up their plot, this one opens with someone being demeaned. In this case, a boy’s valentine to his crush goes wrong. Instead, he’s ridiculed by her and a friend.

Cut to almost twenty years later. The woman once involved in the bullying is going to a hospital to pick up some test results. Little does she know that someone is waiting inside to stalk and kill her. Since this movie’s original title included Be My Valentine, it makes the list of best horror movies for Valentines Day worthy of a viewing. 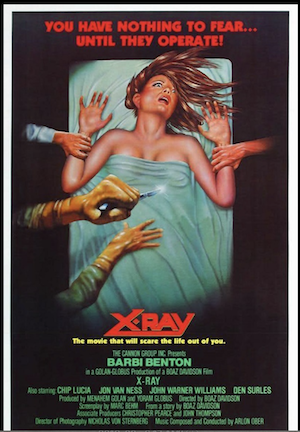