The 87th Academy Awards finally took place last night, and though the incredibly long show was missing something, it did have some interesting moments. Some good, some great, and some just odd. Here are the 5 Best and most buzzed about moments… And the 5 most awkward ones at the Oscars 2015.

1. The Speeches. Most notably of course, Patricia Arquette and J.K Simmons who gave, in my opinion, the best speech of the night when he told everyone who is lucky enough to have 1 or 2 living parents to pick up their phone, and not text, or email, but call them. A beautiful sentiment you don’t see too often. A close second was Eddie Redmayne’s adorable, geeky win.

2. NPH’s opening and Birdman sequence. By far his best part at hosting this years awards. Although there was no internet breaking selfie this time, Harris did have some great moments in the beginning. Most notably, in his opening sketch where he appeared in famous scenes, including emulating Michael Keaton’s famous Birdman scene. While I love NPH, I felt he was missing a little passion. 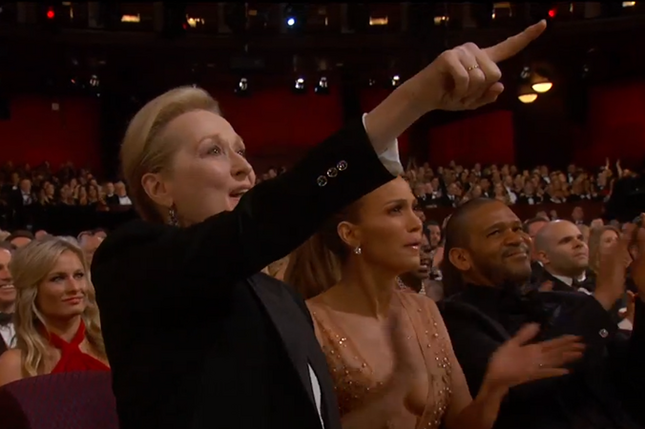 4. Emotion. From the very young winner of adapted screenplay for the Imitation Game  imploring everyone to, ‘stay weird’ to the overflowing of tears during Common and John Legend’s powerful performance, emotions were high at last night’s awards. And sometimes it’s actually really nice to see some sincerity among all the fluff. 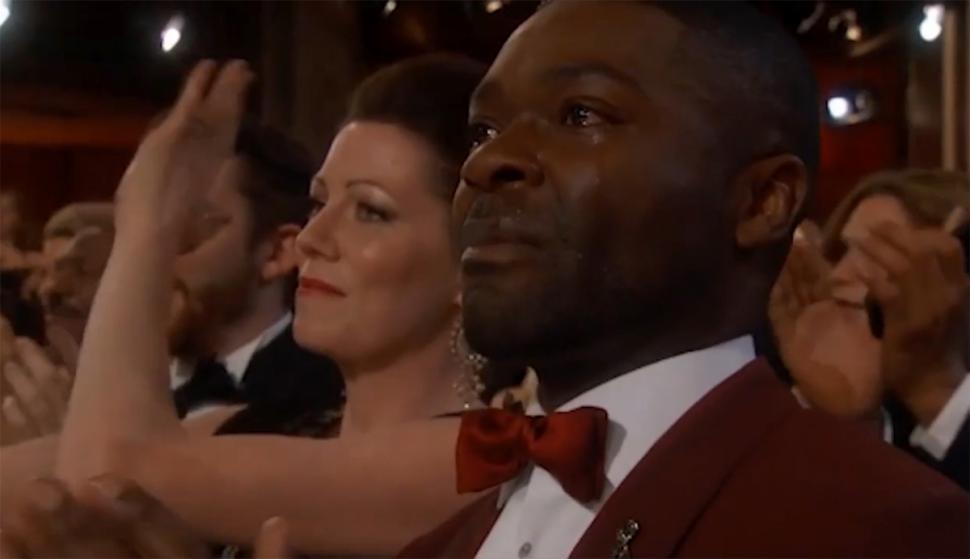 5. Birdman winning best movie. It became clear early on that initial front runner Boyhood was not going to be stealing the show, as earlier expected. Instead, the unbelievable, fan favorite Birdman took top honors, including screenplay. Most Honorable Mention: Lady Gaga transforming into Stefani Germanotta and Julie Andrews for her wondrous Sound of Music number in which she stunned with a gorgeous dress, hair, and performance. She’s looking happier then ever, and I’m hoping we see more of this lady in the coming year.

1. John Travolta’s awkwardness with Idina Menzel again. John Travolta once again, did not disappoint. Everyone was on pins and needles to see what the actor was going to say, and do, and once again, he proved his oddities to be compelling. He got her name right this time, but today, everyone is talking about the actors habit of getting a bit too close. He oddly held onto Idina Menzel’s face, making it awkward for everyone in the room, and earlier, implemented his awkwardness upon Scarlett Johanssen.

2. In memoriam Joan. The Twitterverse exploded after the In Memoriam, with people outraged at the exclusion of Joan Rivers from the piece. The late comedian pretty much invented red carpet chats, as well as acted in several movies, and yet, her face was missing from those lost this year.

3. Keatons Gum. Everyone loved Birdman, and who doesn’t love Michael Keaton!!! But Batman, come on, Spit out the gum!

4. The Octavia Spencer ballot joke. Much like NPH’s package, this bit just felt a little too long. Like so many SNL sketches that start out strong and start to wane, this repeated joke had no gas, and didn’t garner much from the crowd. The best moment without a doubt was the end, when Harris finally revealed his ‘predictions’; recapping some of the night’s best moments.

5. Melanie and Dakota acting like a real mom. Some of the best awkwardness happened not at the show, but on the red carpet. Most notable? Melanie Griffith visibly upsetting her daughter when explaining why she won’t, and can’t see 50 Shades of Grey. It was clearly upsetting to the 50 Shades star, and she retorted with an eye-roll, and a curse. Although I think Griffith should support her daughter, sex scenes or not, it’s kind of refreshing to see stars acting like real people. In real life, mom’s make their daughters roll their eyes a million times a day. And clearly it happens even when you are famous.