And from one adorable shark who stole a very big show, or bowl to the new Bazaar cover this month, sharks have been on the brain all week! Yes, it would seem sharks are certainly having a big moment. And while everyone enjoys a little time in the spotlight, eventually they will go back to being.. just sharks. But that doesn’t mean they can’t enjoy a big bite of the media pie while it lasts! I know I’ll be one of many continuing to be intrigued and interested. Here are 5 Jaws- dropping notables this week.

1. The Katy Perry Sharks. They said last weekend’s super-bowl halftime show was the most watched of all time, and though Katy Perry, Lenny Kravitz, and Missy Elliott were awesome, there was something else who stole the show… and the spotlight. Katy Perry’s dancing sharks, or more specifically, her left shark. (Poor guy on the right, he must be pretty depressed right now). The sharks went viral almost immediately, inspiring a firestorm of memes, GIFs, articles, possible lawsuits, and kickstarter campaigns. 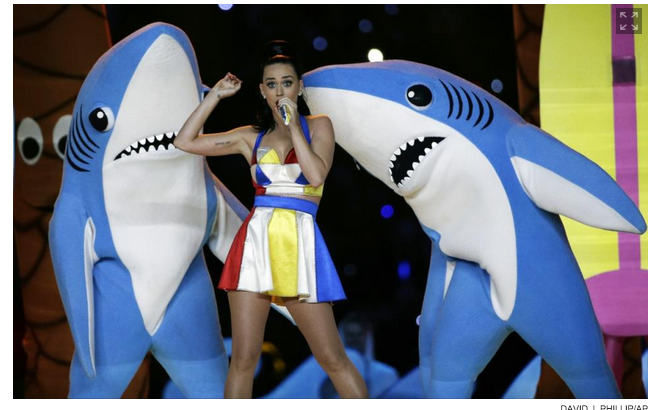 2. Rihanna Bazaar cover. To celebrate the 40th anniversary of Jaws this summer, and their fabulous cover girl, Bazaar magazine recreated one of the most famous Jaws pictures with Riri in the place of director Steven Spielberg. Glossy Fashion stories have always had an aspect of art to them, but this is taking that to a whole other level. And it’s pretty awesome. 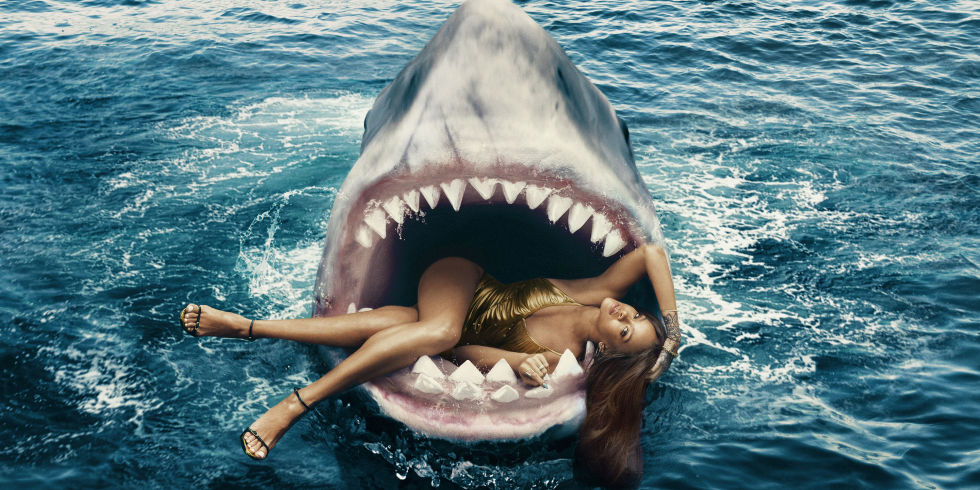 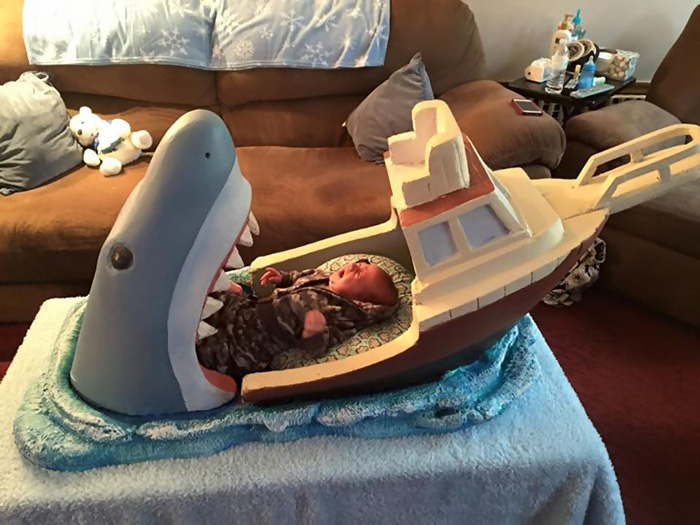 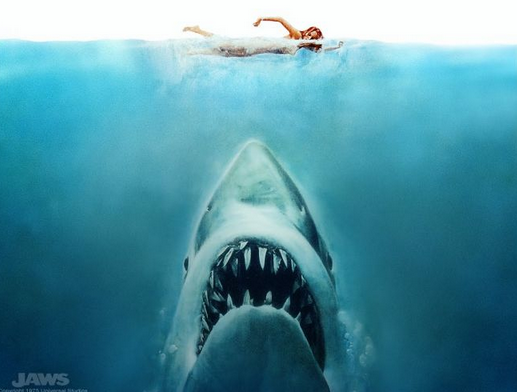 5. Shark Suits Clothing Lines. It didn’t take long at all for someone to notice there was going to be something big here during Superbowl. But Bonobos did, and almost immediately, began talking and teasing about the launch of ‘shark suits’ inspired of course by the now, very famous, halftime show. Apparently, there is a lot of interest, as the brand continues to document the journey of this new idea on their Twitter and Instagram accounts. If I’m a betting girl, I would say come October, Manhattan island is going to look a lot lot Amityville.

Step 1 in #SharkSuit creation, make an inspiration board. RT to support the dream. @katyperry http://t.co/c4TWXsAMi4 pic.twitter.com/1To5aJEtrO