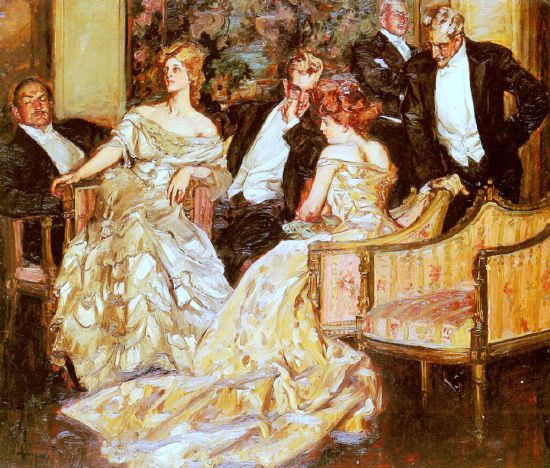 So many “ships”, so little time

Friendships can be hard. Relationships can be even harder. But if you truly value your girl friendships as integral to your life as the man that is, or might be in your life, then maintaining them should take just as much priority.

Men say Bros before ho’s, and have the Dude code. But what is the female saying? We don’t really have one ; so quick to disappear into an abyss of coupled happiness, or co-habitational bliss, and then just as quick to reappear when that bliss turns to reality or a breakup. And much like a man, who stresses just a little too much what a great guy he is, or HOW NICE and different he really is; girls are just as quick to do the same regarding our friend ethics, and how we are “So not ‘that girl’”,  ‘That girl’ practicing the aforementioned magic act of dis, and then reappearing. But much like the man that doth protests too much, so does the woman, and usually it is exactly those people who are the worst offenders.

I have a theory that two best friends can never be in the same place at the same time. It seems like the scales of friendship are always tipped, if only a little, slightly more in one direction, and when one is bursting at the seams with happy, usually the other is bursting out of her jeans with depression, or maybe if one gets a promotion, the other hates her job that week. It makes me wonder if two friends can ever have it all… at the same time.

I treat my friendships like my relationships. And if you don’t check in to see who’s navigating the ship, it will crash and burn, or worse, never crash, but just be lost at sea forever. Our lives are filled with relationships; the men we have flings with, and men we love, women we have ‘flings’ with, and women we love. Through the years, my life has been filled with many “female flings”; girls that have come in and out of my life, girls I’ve fought with, become close with, and then there are the ones that I’ve had ten, fifteen year friendships with. And also, much like with a man, we are just as quick to jump into the female relationships. “We have so much in common, I can’t believe it”, or “She is just as crazy as me!”, “It’s like looking in a mirror”, all these revelations that come w/ finding someone you truly connect or click with, whether you meet them randomly, or through another friend. But, as is usually the case with our male connections, sometimes the ones that happen fast and quick, with a strong opening rush, are also sometimes the ones that crash and burn, when you find out, though you may have a lot in common, you don’t’ really know the guy…. Or, the girl.

YOu know when a pair of jeans fits you so well, it feels like it was made just for you, and then one day, you go to put them on, and they just don’t fit anymore, because you’ve grown apart. Well, you’ve grown. The jeans have stayed the same. This is somewhat the case when a friendship is injected with a fight, a new boyfriend, or a change. And suddenly, one of you doesn’t exactly fit the way you used to. There is a heightened level of excitement, of happiness, but in some small place that you don’t want to reveal, there’s also sadness, because you lost your fellow commiserator, and though the ‘I won’t be that girl’ speech almost always immediately follows the arrival of the  ‘third’, in two of out three cases, it happens anyway. It is almost an inevitable stop on the friendship ride, and you make a choice to finish it through and see it the distance, or hit the buzzer, and jump off. And they also make a choice to choose a 2-seater, or a 3-seater car when they jump on.

All in all, like are many things in life, including our dating statuses and our men, sometimes, if it’s meant to be, it will be. And like marriages, and relationships, true friendships are the ones that are lasting. And that’s one ride I’ll definitely buy a ticket for.