Around Town~ Pop Goes the City: 3 New Pop Up Shops to Check Out

We are becoming a nation of faster and more fickle personalities every day; always wanting more in less time, barely able to keep our attention spans for more then an allotted amount of time. It’s only fitting that this behavior would eventually translate to real life scenarios. The mindset of temporary has forever changed with the pop up. Pop up shops started as a way to experiment with new ideas and try them out on the public, or at least expose them to it for a brief amount of time. In recent years though, the concept of pop up has evolved tremendously to a full fledged phenomenon that now includes the food, hotel and even bridal industries.

Once relegated to mostly seasonal and holiday times you can now find them any time of year proving that a fickle attitude can actually not only be a positive experience, but also a learning one. And this concept continues to grow. This past summer new pop up inventions included a beach in Philly, and a wedding alter at the Wythe hotel.

This fall, the game once again elevates itself and a whole slew of new pop up shops have hit the city, offering some major thrills to enjoy for a moment in time.

1. Kiosk Kitschy Pop up. This design shop, famous for it kitschy charm and international ‘souvenirs’ had to close it’s doors earlier this year. Since then, the husband and wife team has had temporary homes for Kiosk. Now, they’re back for old and new fans to rediscover, at a Noho pop up shop through February. 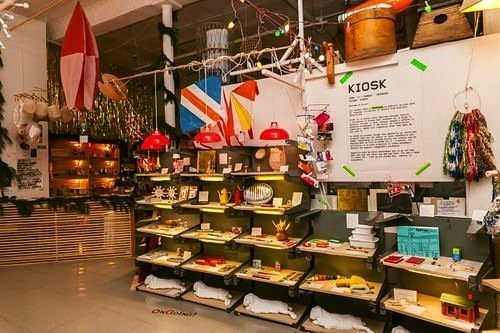 2. A Floating Library Pop Up. Even one of the most stylish people of all time, Holly GoLightly, loved the library. Trying to mimic the serenity of a  library, set to the backdrop of the water, the floating library is meant as a gathering place, educational center, and most importantly, a place of sanctity. Guests can either browse the on location library, or BYOB, bring their own book. My love of reading is enough to lure me there, although my tendencies towards seasickness may disagree. The floating library is at Hudson River Park Pier 25 and is setting sail now through October 3rd.

3. Parm Bagel Pop up at San Gennaro. Even as a native New Yorker, who typically wouldn’t be caught dead at a typical tourist attraction, there are certain NYC classics that I always, nostalgically fall for. Things like the top of the Empire State building, a turkey sandwich at the Carnegie Deli, and the San Gennaro festival. The excessive crowds in more recent years have kept me away, but when I read that restaurant Parm would be doing a bagel pop up outside their shop during the festival, I thought, well ok maybe I can brave the crowds. 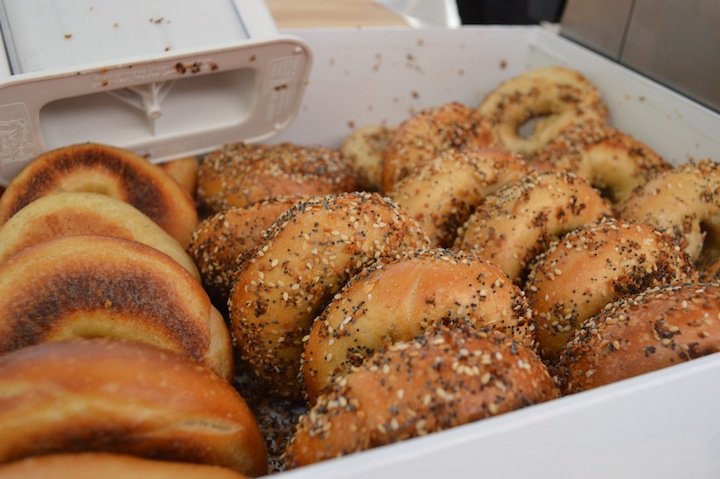 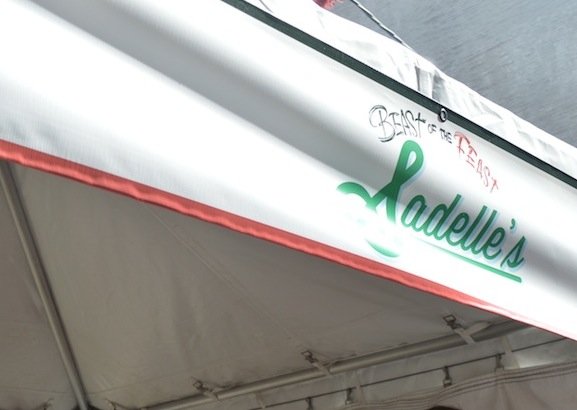