The worst part of Broadway play, Hedwig and the Angry Inch is when it’s over and you have to rectify going home to your same old night, all while trying to allow your mind to nonchalantly move on from what it just experienced. Never have I smiled during an entire broadway show from start to finish or cheered more for a main character then I did the night I saw Neil Patrick Harris perform his heart out in the Broadway resurrection of Hedwig and the Angry Inch. Maybe it was because Madonna was in the audience. Me and my friend excitedly saw her come in, but she was whisked in and out before anyone could say anything. And the gorgeous Patrick Wilson was there too. But something about that specific night, just seemed magical, both in form and fantasy.
The show opens with a bang, and while the music is the main event, (every song is terrific), I couldn’t help but totally love all the pop culture and seemingly off the cuff references Harris made all throughout each song and set. The improved lines were delivered so sharply, it truly made me believe they differed every night, when usually I believe just the opposite.
Throughout the show we are taken on a roller coaster of emotions, from fun, happy, to more somber, pensive, and then enlightened, right alongside Hedwig himself. And the production hits it out of the park, with Harris center stage in a daring, risky and role of a lifetime performance.
At this point, the show has been out all summer. I got to see it way back when when it opened, when one of my friends took me as an awesome and forever memorable birthday present. Since then it’s already gotten rave reviews as well as several Tony awards, and propelled NPH even further into fabulousness. But, if you haven’t gotten a chance to experience this eccentric and one of a kind evening on Broadway, you still have a few days left to do it. The NPH show goes on until Wednesday, August 20th when Andrew Rannells of Book of Mormon and Girls fame takes over. I happen to love Rannells and am sure he will do a top notch job battling the light and dark sides of Hedwig. Yet, I can’t help think those that got to watch Neil Patrick Harris in the role got to experience something truly special. A broadway experience that made for a memorable New York City night, and those are not always as easy to come by.
Buy tickets here. 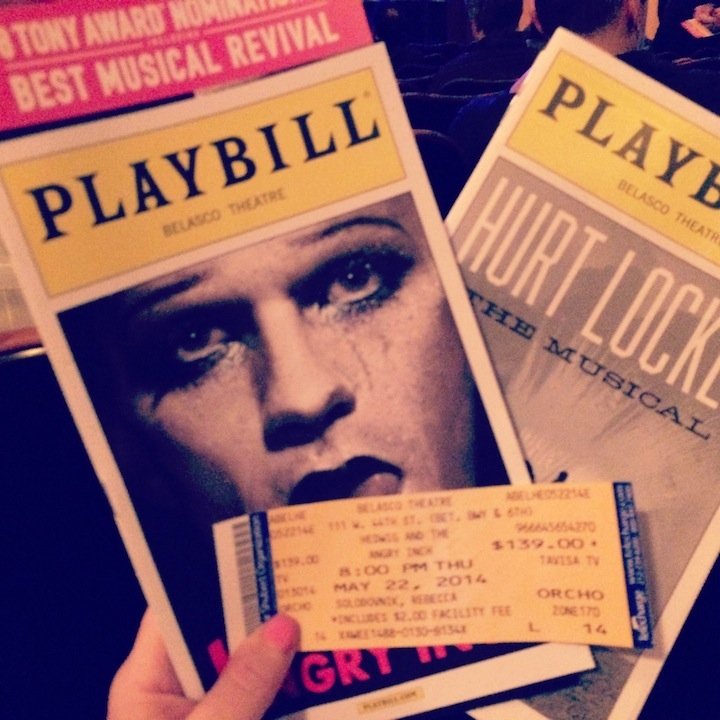