All the Halloween movies in NYC to see now

New York City is a special place to celebrate Halloween. Because what it lacks in luscious foliage it makes up for with immaculately designed stoops. There’s also endless spirit plus a famous, pretty kick ass parade. But even better, there are cool theaters playing old horror movies. In October, you can find halloween movies in NYC playing all month long.

Manhattan has film series like the yearly Hitchcocktober at City Cinemas. The popular Terror Tuesdays at Alamo Drafthouse is packed during the season. (Although it hosts the weekly series throughout the year.) This year, Nitehawk’s Halloween run is focused on witches. And since more theaters that serve food have been popping up in recent years that means more places to watch Halloween III on the big screen than ever before.

In the last few years we’ve seen Alamo Drafthouse, IPIC, and CMX open. Plus new locations of Nitehawk are coming soon too.  Other indie theaters like Metrograph and IFC Film Center are among the many places to watch Halloween movies in NYC. Metrograph, on the Lower East Side will host Killer Hitchcock during Halloween week. These spots will also show other classic flicks all year round. 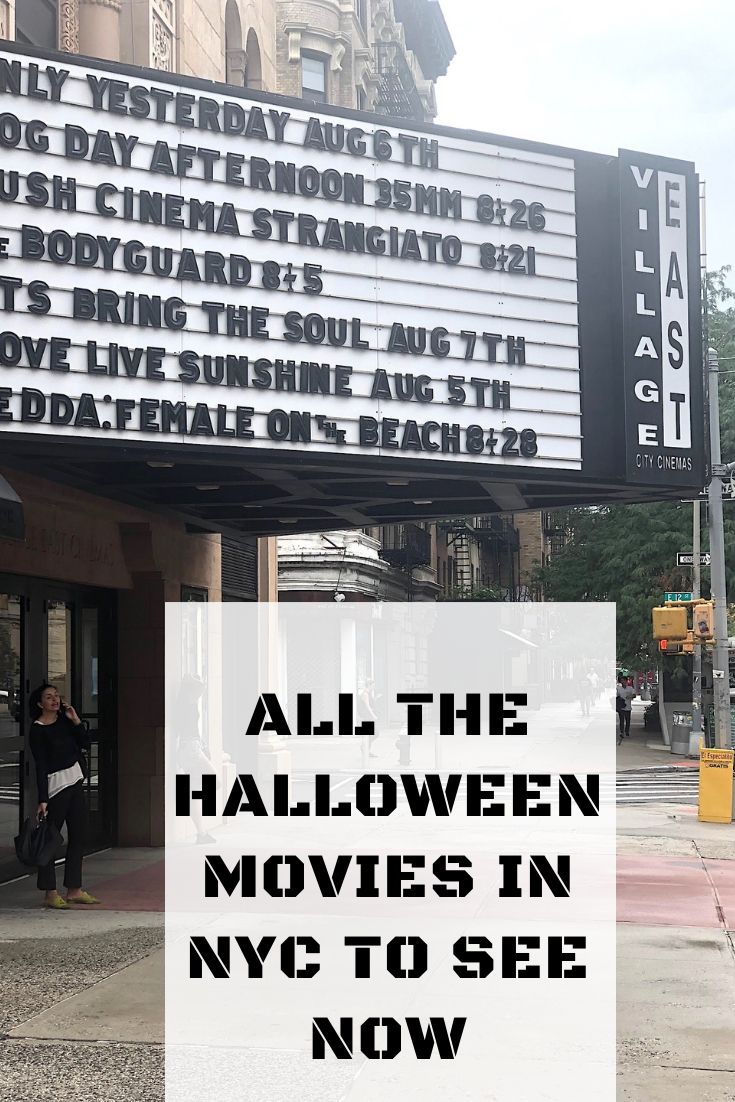 If you’re a horror lover, here’s a list of all the Halloween movies in NYC to see through October:

Alamo Drafthouse – A Night to Dismember. It’s a special screening because they’re showing a never before seen original cut of this special cult classic.

Nitehawk Cinema – Drag me to hell

IFC Film Center – Depraved. The Waverly theater’s long running midnight series has the bulk of their content coming after Halloween. But they will be showing the newer modernized Frankenstein film during the last weekend in October.

Rest of the BAM series through November

Nitehawk Cinema – It’s playing the Halloween movies all week long up until Halloween.