A Slice of England on Orchard ~ The Fat Radish 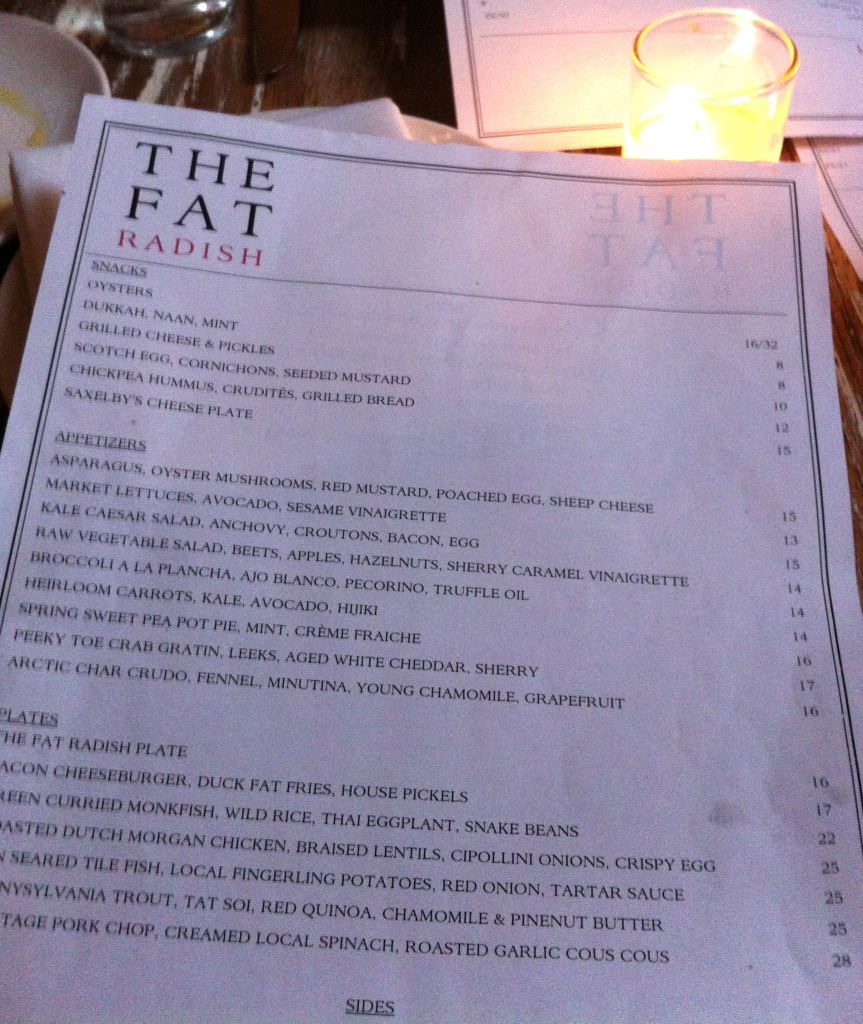 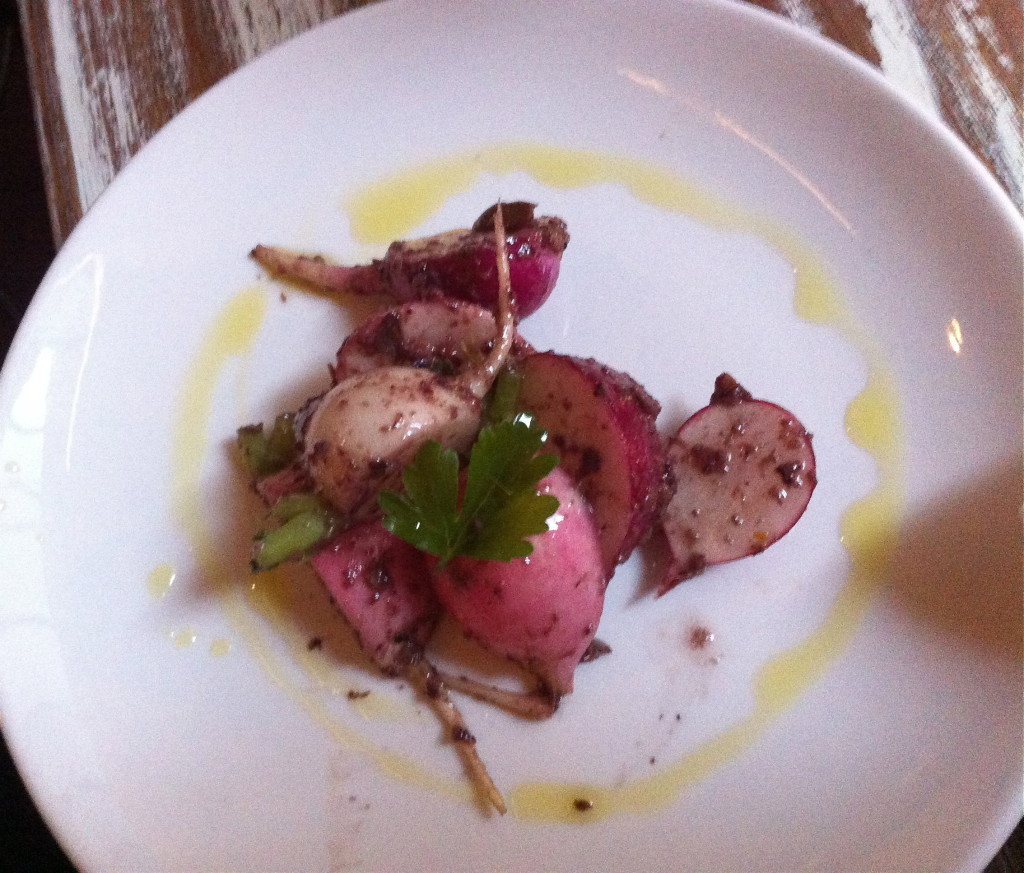 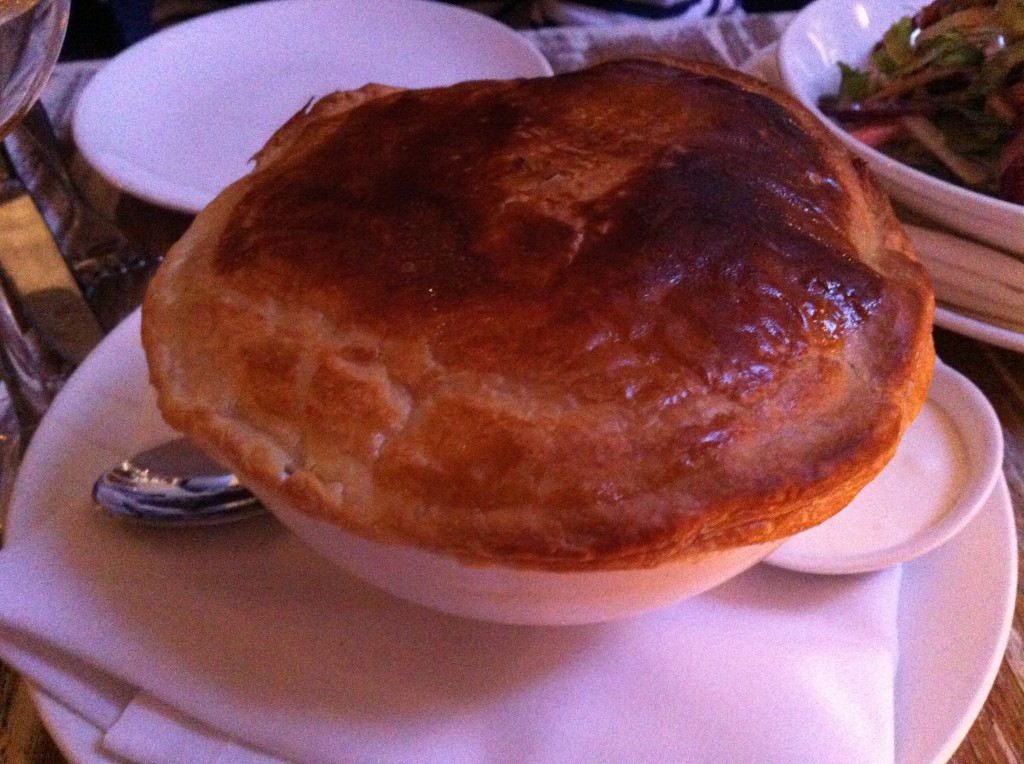 I’ve eaten at the Fat Radish three times now, most recently for a friend’s birthday, and three times in a row, I’ve relished at the fact that I can actually say I would travel all the way downtown to a little street on Orchard, for a slice of English fare. And that’s not just because I’ve happened to be with my close friend who also happens to be English. For some reason, something about this restaurant brings out my ritualistic nature.

This tradition involves getting sidetracked while reading the drink specials off the back mirror, while little radish appetizers arrive at our table, and much like I would the bread and butter on a table, I gobble it down. Typically a round of oysters is ordered, and this last birthday dinner was no different. They were fresh, delicious, and a perfect starter, even if I did put enough vinegar on them to drown a small horse.

Although birthday dinners usually consist of a melange of dishes, lots of plates to inspire oohs, ahhs and can I try yours, okay, but only for a bite of yours. Me? The one who prides herself on her non conformity decides that the best course of action in this moment is to do what you know, and what you love. Which for me, is the Spring sweet pea pot pie with mint and creme fraiche. Although it’s an appetizer, it fills me up perfectly, has the most amazing flavors, and goes down delicious. In this case, three times really was a charm.

Other notable mentions that should be ordered on your visit are the truffle fries, kale salad, and more traditional scotch egg, cornichons, and seeded mustard. No visa necessary.