One of the most anticipated, and pre-determined reboots finally hits theaters tomorrow after much fanfare. And after all that hoopla, turns out the movie might not be half as bad as people were expecting. And why should it be? When director Paul Feig was asked on the Today show what his first step was when planning the ‘new’ Ghostbusters his answer was; perfecting the dynamic of the cast. Makes perfect sense, considering one of the most important things that made the original Ghostbusters movies so memorable is exactly that. A dream team comprised of quick wit, and perfect timing. But it was more than just the charismatic characters. Classic lines, memorable moments, and most importantly, (though obviously biased) the backdrop of the best city in the world are all part of what makes the original Ghostbusters movies so iconic.

That said, there are a few things that are hard to accept. One, that this movie has to exist at all and two, that it forces one to acknowledge there is an entire generation of people who will only ever know the 2016 version as ‘their Ghostbusters’. Once you’re able to come to terms with both your generation y status, and the reboot, accepting the new one becomes slightly more probable. Especially considering it does consist of an all star cast, including my favorite McCarthy, side plot hottie Chris Hemsworth (taking some time off from being a superhero) and apparently massive A-list cameos. While we might indulge in a stylish remake after all, one must not forget their roots. I know my old soul never could.

So why do I love watching them so much still?? Why do I travel to Brooklyn to watch the original at Nitehawk, or put on part II every single time it’s on comedy central, (which is like, a lot)? I think it’s for all those aforementioned reasons everyone else loves them. But more than that, it’s because I see them as NYC movies. Ones that showcase something about the island’s allure, and the city’s power over people. Even if, in this case, that power happens to be a large ball of green slime and a pre-Britney demon rocking a diamond encrusted, flesh colored bodysuit. In these movies, New York city isn’t just a setting, it’s one of the characters. And that will always make them essential classics to me.

1. The library opener. Who could forget that memorable opening which unfolds with suspenseful music in front of one of the most important historical buildings in NYC, the public library. I remember seeing those lions as a little girl, and they looked so big, and powerful. Now, as an adult, I pass them all the time, unfazed at all, and it almost makes me yearn for a time when they felt big and I felt small. 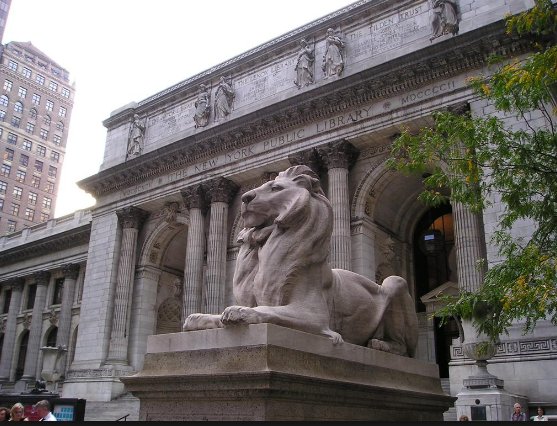 2. Tavern on the Green. When Rick Moranis finally accepts his destiny as the gate keeper it happens right in front of Tavern on the Green. As he’s attacked upon the floor to ceiling windows, New Yorkers remain entranced by their food and conversations. So pretty accurate, minus the not yet created smart phones that would now occupy the table. 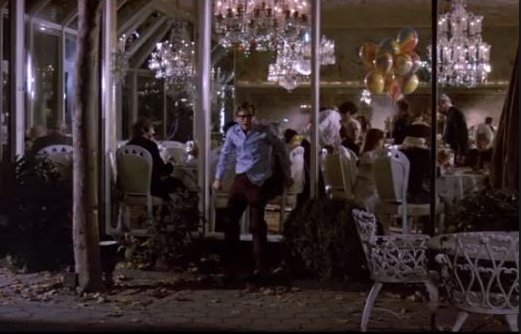 3. Memorable city quotes. One of the best things about the original Ghostbusters was all the perfectly delivered one liners. Some that still wind up getting into my vernacular today. A pizza boy’s delivery might illicit a quick text to hubby to be; “He’s here.. He’s looking at me”. But one of the most iconic lines comes at the very end when Ernie Hudson exclaims his love for New York City. How can you not relate? And while Ghostbusters II goes mostly overlooked, it actually ALSO had some terrific dialogue. One of my very favorites from the mayor who proclaims, “being miserable and treating everyone like dirt is every New Yorker’s god given right”. Preach on, brother!

4. That high rise. In the original, Dana Barrett’s building is both her home, and the location of some pretty freaky, paranormal activity. The actual building in on NYC’s Central Park West, and is well known for its design and facade. 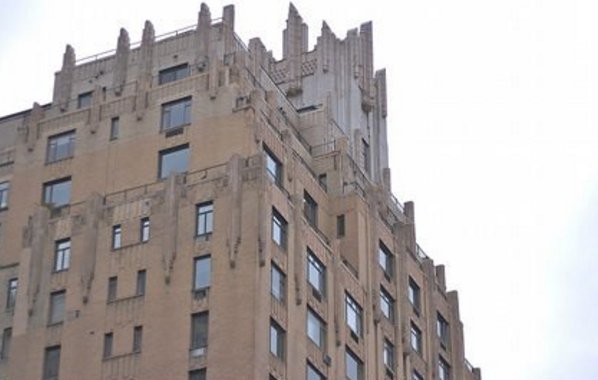 5. New Yorkers. Ok, an obvious one. But the fact that the entire plot for both movies is saving the citizens of Manhattan shouldn’t go overlooked. Plus, both movies end with a lauded ghostbusters team surrounded by some very happy, and saved New Yorkers. In the sequel, it’s even the natives themselves who help save the day. Despite being a city who as Ray puts it, would sooner “step on your face, then look at you”, they band together as one happy island. Though, if this were real life, they would probably be back to normal by morning’s commute.

6. Statue of liberty saves the day. In Ghostbusters II, they keep the formula pretty standard but instead, a life sized Lady liberty saves the day. Who can forget her giant feet pummeling down the street while overzealous city dwellers cheer her on from the streets. Later, they work together as the positivity of New Yorkers helps her break her torch through the museum. That’s correct. Happy New Yorkers save the day in Ghostbusters 2. 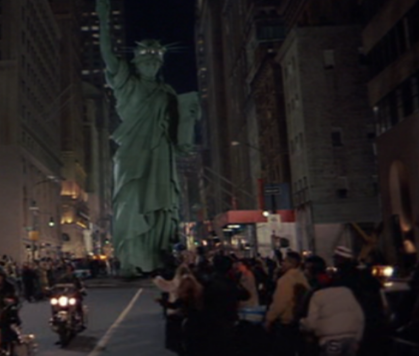 7. Touches upon the art of the NYC neighbor. One of the best aspects of the original Ghostbusters is the character of Louis, played brilliantly by Rick Moranis. Though he becomes an essential part of the series, he begins as nothing more than an annoyingly friendly, New York City neighbor. As a young city girl watching, I thought to myself, oh, that’s what city living will look like one day when I’m an adult. I’ll bring home groceries in my workout clothes, and avoid friendly neighbors. So, not actually far off, turns out.

8. The iconic firehouse. Much of the the film’s setting, and some of its most memorable scenes come in their firehouse. Again, adding to the authenticity, the actual firehouse, Hook & Ladder company no. 8 in Tribeca is an iconic landmark. It’s also remained a tourist spot, which is populated and photographed now more than ever. Even this native couldn’t resist taking a picture there. 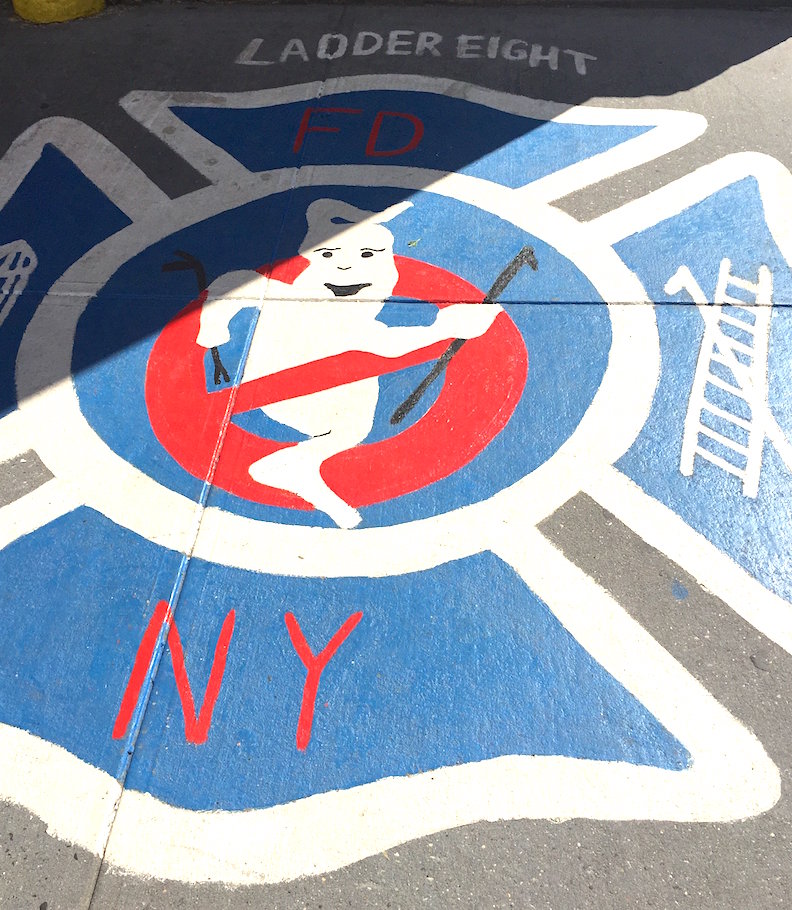