One of the most memorable lines from any NYC movie is an anonymous Tom Hanks asking anonymous love Meg Ryan, ” Don’t you love New York in the fall? It makes me want to buy school supplies. I would send you a bouquet of newly sharpened pencils….” If any one quote, (or several strewn together) could completely sum up me, and my feelings toward the city when fall arrives, it would be this. Certain lines or scenes from movies stick with you throughout your life. I’ve had many, and even now, all these years later the quote still sticks with me. But it’s not just that line. There are many New York movies that resonated deeply and left their mark, not just on people, but in history. A famous scene in a downtown Jewish deli, for one. As we approach the official start of fall, here are some of the best NYC movies to really get you in the mood for the changing season.

1. You’ve got Mail. The aforementioned romantic comedy may not be for everyone. But if you don’t already love the island of Manhattan, watching it will definitely change your mind. The whole movie is an homage to New York City in the fall, from an Upper West Side festival, to scenes at Zabars and Greys Papaya. You may not fully succumb to the charm of You’ve got Mail, or even the charismatic co-stars, but for the city itself, you will. 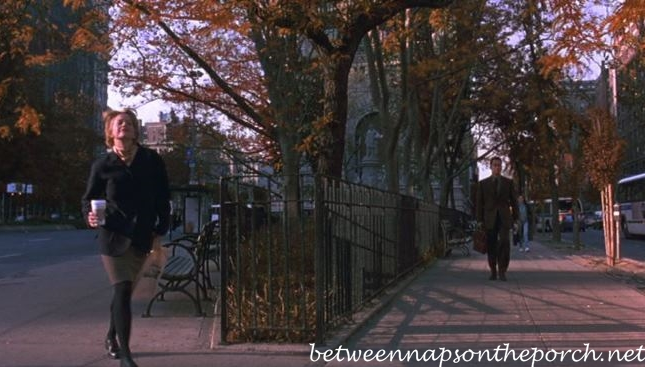 photo: Between naps on the porch – click to site

2. Annie Hall. Is there any movie more quintessential NY than this one? Albie and Annie’s quirky, Manhattan romance illustrates both their relationship, and the city they live in so beautifully, that it’s considered one of the top films of all time. So when I got engaged, I instantly knew I wanted to go down to the Brooklyn Bridge and recreate some of my favorite, classic scenes from the film. Stay tuned for a sneak peek at how they turned out….. 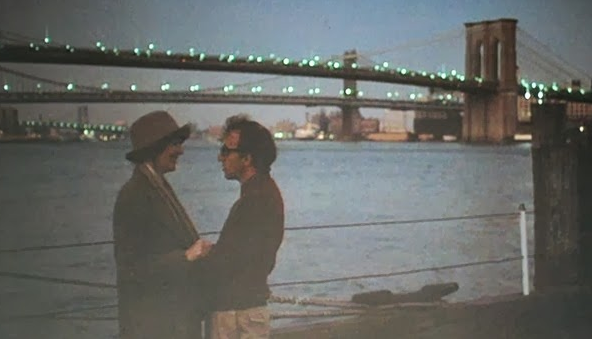 3. When Harry Met Sally. Perhaps the most famous NYC romantic comedy of all time. Between memorable, picturesque scenes walking in a perfect, Autumn NYC day, to that famous scene in Katz’s Deli, the love for new york city and each other is strong in this classic Manhattan romance. 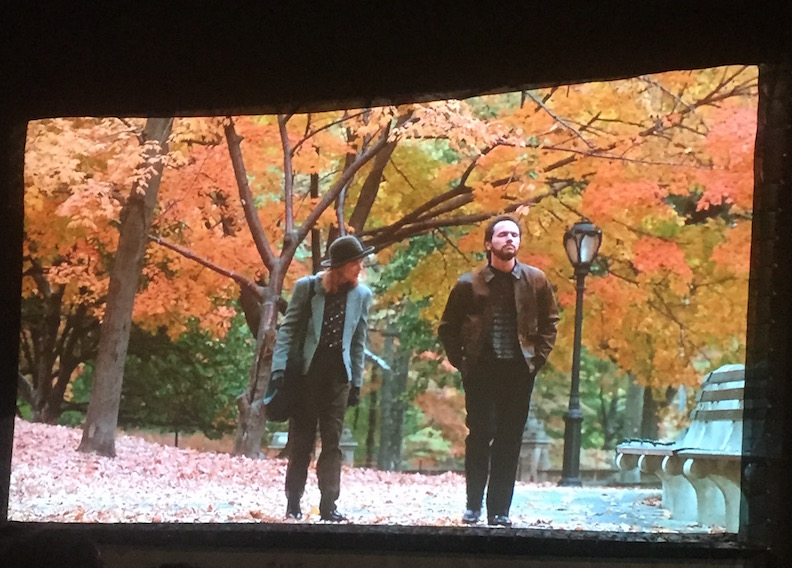 4. Breakfast at Tiffanys. My favorite movie, along with a million other females. The gorgeous, impeccably dressed yet psychological mess Holly Golightly spends her autumn around New York desperately trying not to fall in love. But between stops at the Fifth avenue store, and eye opening visits to the 42nd street public library, Holly gets more than she bargained for in the Big Apple. Just like so many of us out there. If we could live in Holly’s New York, I’d take it. 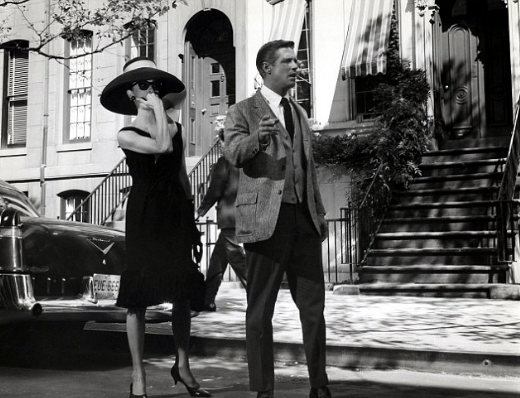 5. Manhattan Murder Mystery. I’ll never forget that day in high-school. “Woody Allen’s in the diner across the street”, everyone was yelling. The entire week the school was abuzz with the news that the new Allen movie was being shot right on our street and the surrounding area! Now, many (many, many) moons later, it’s impossible to watch that movie without thinking about those days when Manhattan Murder Mystery took over a few blocks of my own, personal “Manhattan”. Between those familiar shots, and all the other ones located around my Gramercy Park neighborhood, there is no other movie that I can visually relate to more. 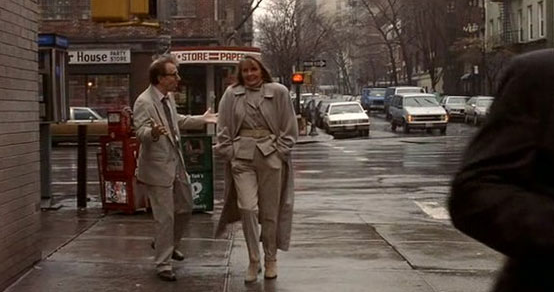 6. The Royal Tenenbaums.  Wes Anderson’s movies can sometimes be a little polarizing. And the Royal Tenenbaums is no exception to that rule. But for me, it’s a favorite New York movie, or maybe just movie. There is so much quirkiness, and uniqueness to the film that it’s hard to pinpoint what makes it great. And while it may not have all the authenticity of a real NYC,  it still makes me feel something special for the city. The house itself, is in fact located in Harlem. 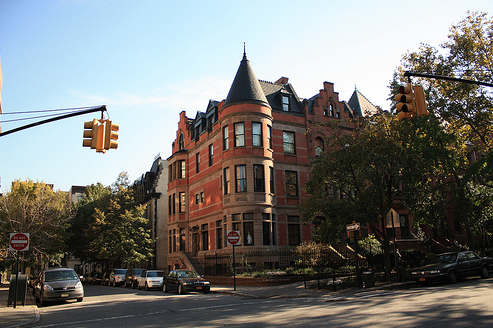 7. Last Days of Disco. Directed by Whit Stillman and taking place in the disco era of 80’s NYC this fast talking film perfectly illustrates a moment in city history. There isn’t so much focus on the beauty of the city, (Stillman’s films are known more for their quick dialogue than anything else). But with razor sharp wit, and a flare for eccentricity, the movie exudes a certain, vintage, New York air. One similar to the vibe he illustrates through a different time and social setting in Metropolitan. 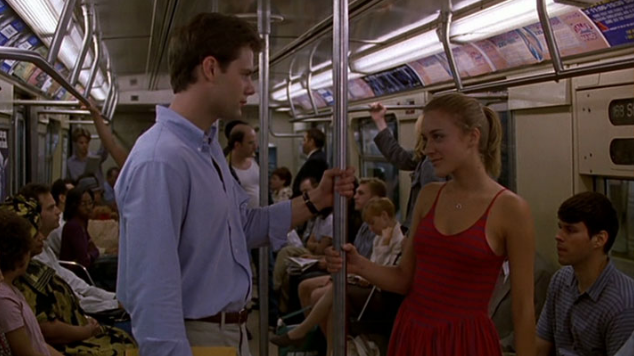 8. Maggies Plan. The last movie from director and writer Rebecca Miller, and soon to be A list Greta Gerwig was a smaller film that came and went quickly. Then again, the movie itself, about an odd love triangle of sorts, and Maggie, the woman in the midst of it all seems to exude a purposefully quiet statement. Quiet, subtle, yet strong enough to stick with you for longer than a passing glance. The movie itself isn’t amazing, but Gerwig is, and more importantly, so is the NYC backdrop. As Maggie and love interest John stroll through Washington Square Park, Columbia University, and other parts of Manhattan and Brooklyn, we see their relationships ebb and flow, much like the changing seasons. 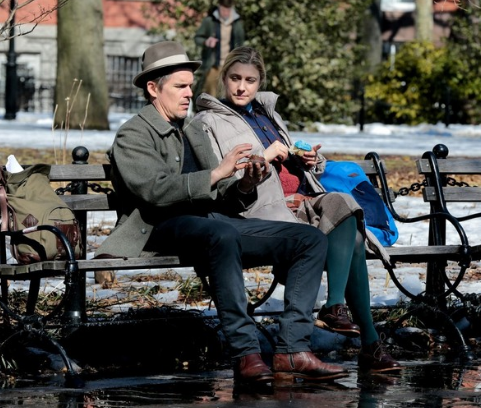