We’re living in an unthinkable world right now. Close to twenty four hour a day life at home is the necessary new normal. I teeter between total destabilizing fear, and waves of gratitude as I continue to watch endless movies from the couch. Many are indulging in pandemic “horror movies” like Outbreak and Contagion, but personally, I don’t have the personality for it. I can tolerate the idea of other timely themed cinema, like say, housebound horror movies. Movies that focus on someone stuck inside somewhere, in one setting. We’re in our homes for the unforeseeable future, that’s a reality. Might as well embrace the notion of being homebound. Though I know there’s a brighter light at the end of our tunnels, it’s fun to escape into someone else’s dread for now.

As far as housebound horror movies go, The Shining is the biggest. We know the story. Writer Jack Torrance goes with his family to take over the Overlook hotel for the winter. They get snowed in, he gets cabin fever and goes mad in the process. Jack Nicholson’s portrayal of Torrance is film history. So is that iconic line about how being cooped up inside makes you go nuts. This is a housebound horror unlike others where our protagonist is actually our antagonist. But unlike Jack, our stress induced staycation (to put it lightly) will, eventually, end.

Harry Connick Jr stars in the 1995 thriller as Daryll Lee Cullum, a deranged serial killer with a grudge against psychologist Helen Hudson (Sigourney Weaver). He attacks her after a speaking event, in a scene that still has me looking up when I use a public restroom. Instead, she survives and Cullum, caught and sent to prison. As a result, the Dr. becomes an agoraphobic. When the San Francisco police department starts investigating new murders resembling old serial killers they turn to Dr. Hudson, an authority on the topic, for help in finding the copycat killer.

This quintessential 90’s thriller touches upon certain aspects of being stuck at home, and how paralyzing it can feel. Even if you’re not agoraphobic, some will currently relate to the anxiety of not being able to go outside right now.

We can’t discuss housebound horror movies without Rear Window. Hitchcock’s masterpiece about what happens when a photographer breaks his leg, becomes housebound and turns voyeur of his apartment courtyard. While keeping  company with the gorgeous Grace Kelley he witnesses what looks like a neighbor murdering his wife.

Our current quarantine situation is obviously not anywhere near as low key or cinematic as Hitchcocks. But in this trying and difficult time, it’s a fun place to visit. 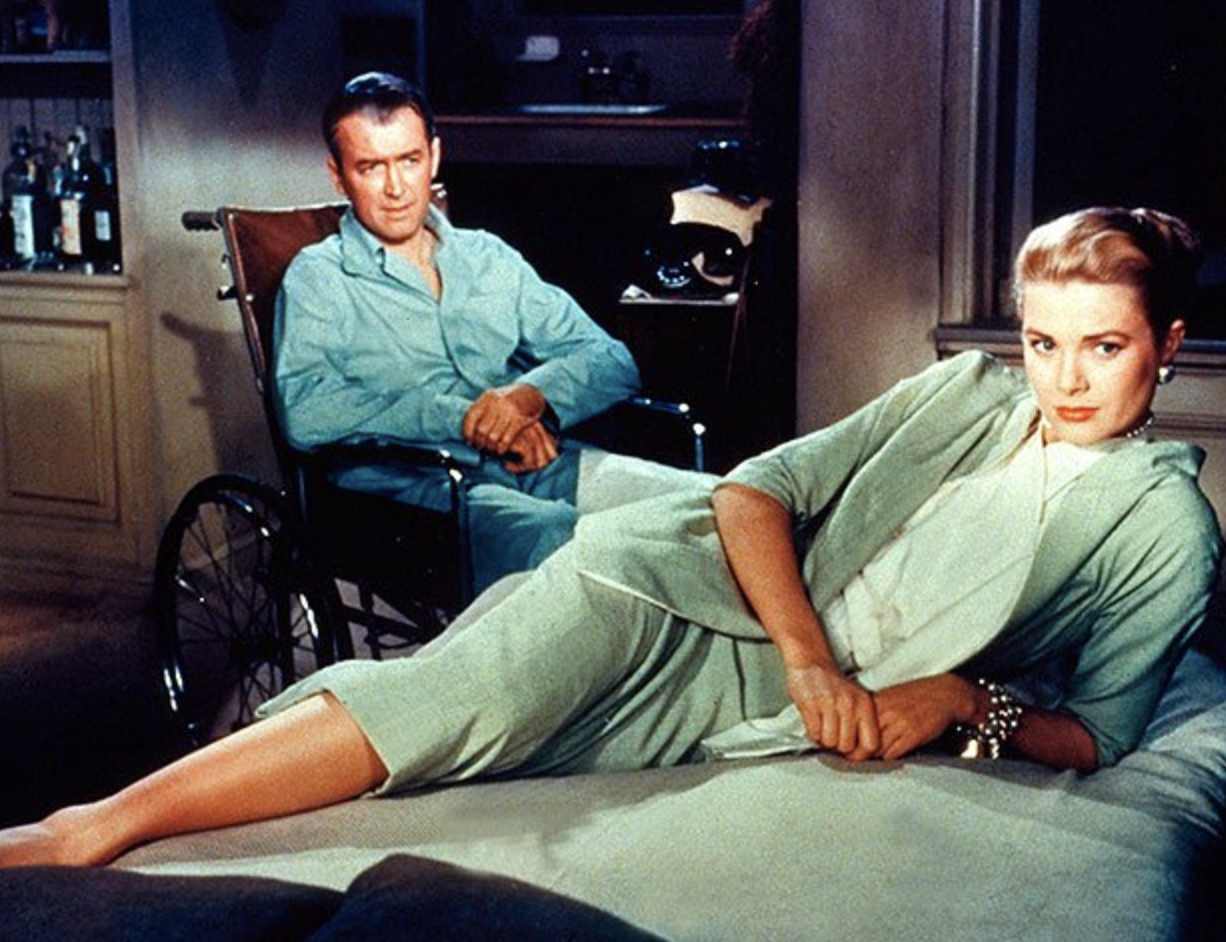 I’ve still yet to see Tarantino’s 2015 film about a bounty hunter and his prisoner stuck in a cabin with a group of offbeat characters in the dead of winter. It’s springtime for us, but now seems like the perfect time to give this one a watch.

Housebound horror movies focus on someone stuck, usually a woman. Like much horror, this sub genre typically portrays a female in peril and Goodnight Mommy is no different. A mother of twin boys is home bandaged up after a terrible accident. At first, the boys fear the wrapped up stranger is not their mom. But soon, the tables turn again, transforming victims into antagonists.

6. A Fear of Everything

In this Simon Pegg movie, Pegg plays Jack. A crime novelist with a crippling fear of going outside that’s keeping him from an important appointment with his editor.

A Fear of Everything is about the things we can’t see which scare us the most and letting that unknown fear paralyze us. I can’t think of anything more timely. 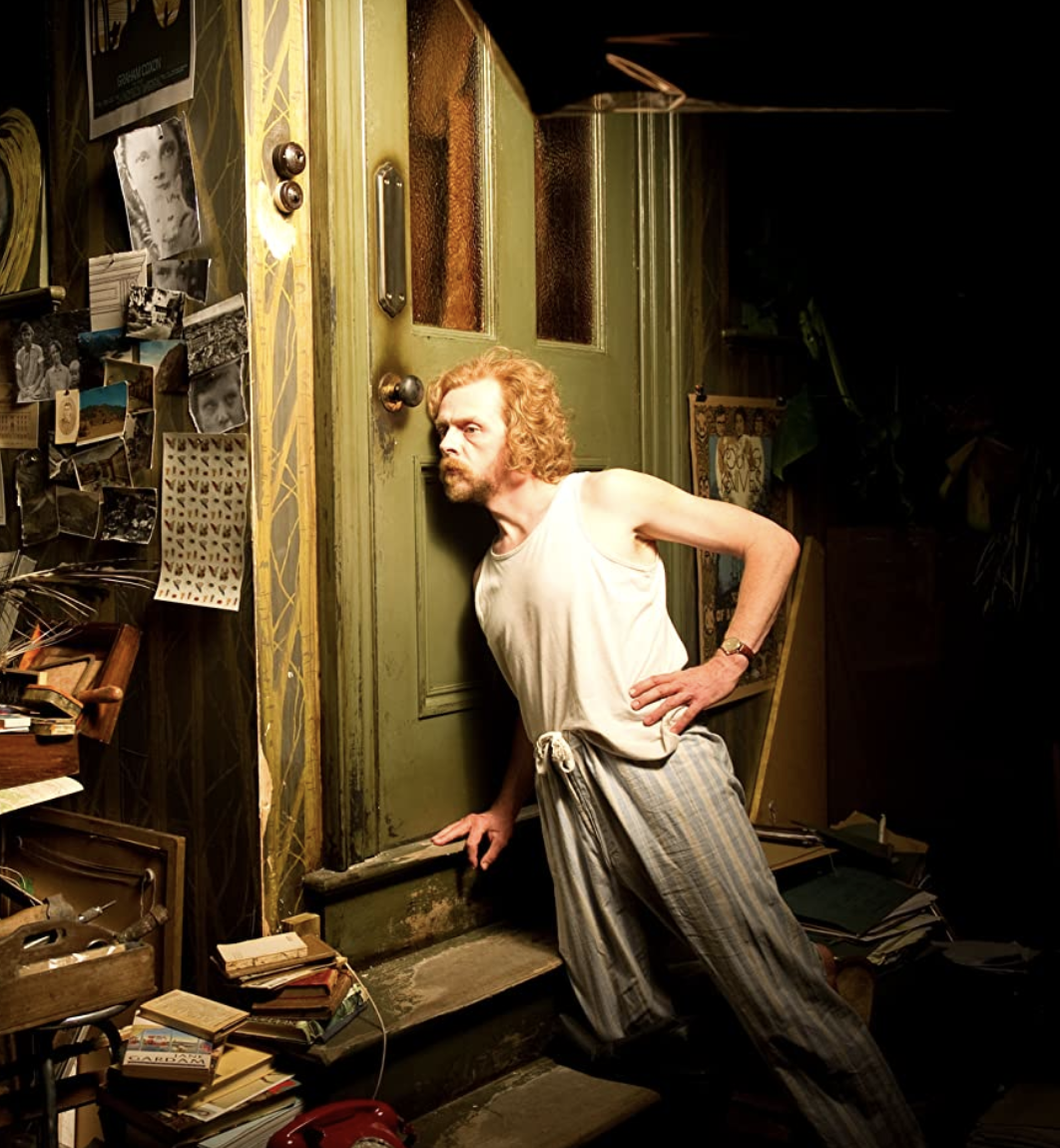 Severin Fiala and Veronika Frankz’s new film takes place in a remote cabin. Soon-to-be-stepmom Grace is snowed in with her fiance’s two children. Their relationship slowly grows, but demons from her past upbringing, a strict, religious childhood start to threaten and haunt them. The Lodge is a slow burning simmer that’s tense nature is anxiety inducing. But in a time when we’re constantly fielding waves of stress, it’s good to take the pressure off ourselves.

Which housebound horror movies would you watch?