Warron Zevon got it right. Facing death in 1993, the singer was asked by David Letterman if he’d had any epiphanies about life. He responded simply that it was to “enjoy every sandwich”. The deeper meaning here is that one should appreciate life and all the satisfying things that make it worth living. But also, that aforementioned food happens to be one of it’s greatest small pleasures. So, in celebration of National Sandwich Day, here are five of the best spots for tasty sandwiches in downtown NYC.

Great sandwich shops are scattered all across the great city of New York. But for those visiting or living in the downtown area (including East and West Village, Lower East Side and soho), here are some of the best places to get your fix.

Some are super famous, forever memorialized on film. Others are mainstays, beloved by locals and frequented by tourists. But each one is delicious in their own special way. 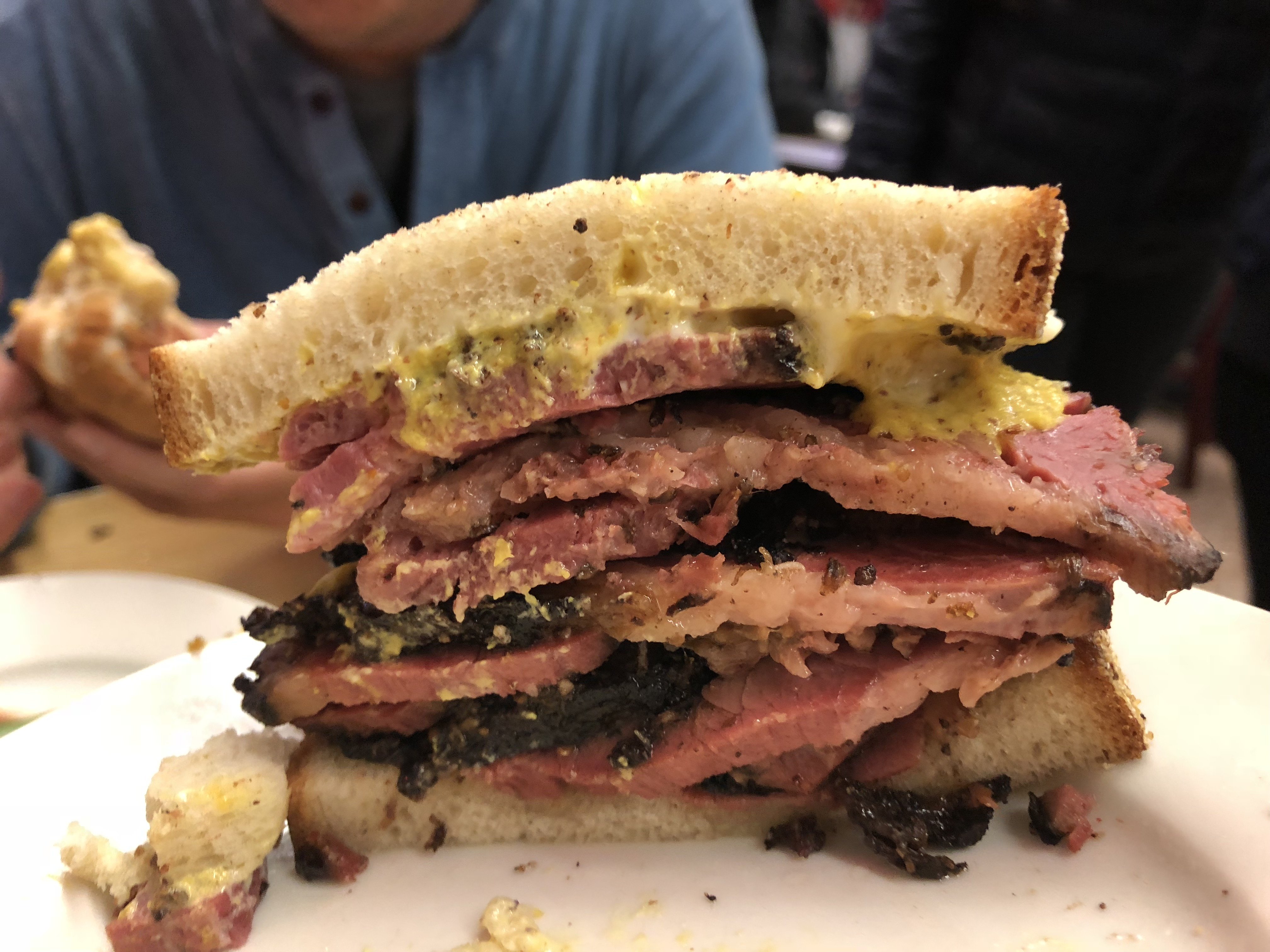 A classic on the corner of Houston street in New York City’s Lower East Side. Famous for its over stuffed sandwiches and iconic film location. A sandwich here is expensive, and likely includes a wait. But it’s okay because it’s worth it for that iconic city moment. 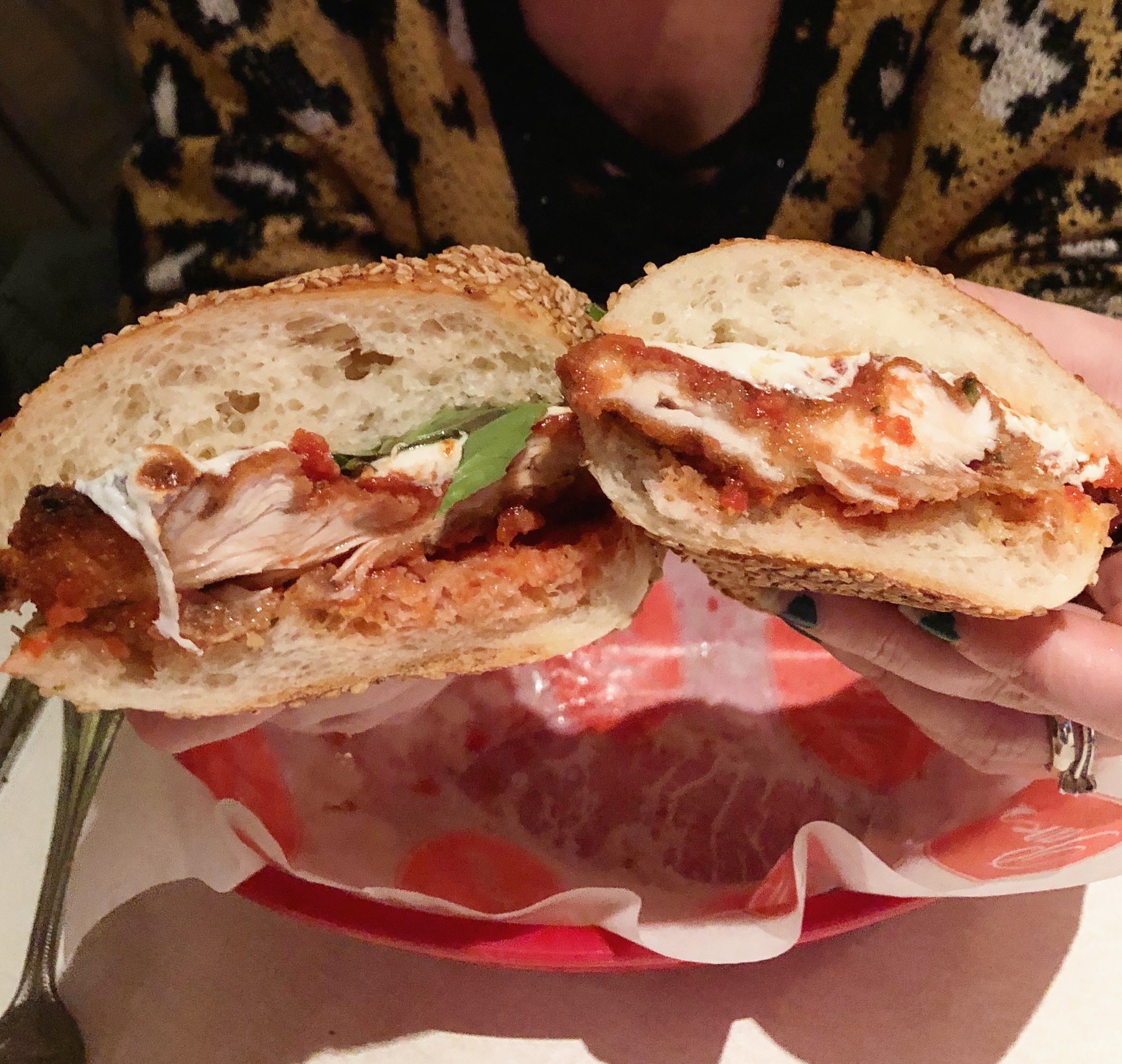 Chicken parm sandwiches aren’t exactly hard to find in New York City. But truly delicious ones that satiate our palate are. So settle into the comfy atmosphere of Soho’s Parm restaurant. These buttery, perfectly sized parmigiana sandwiches are heaven. Also, one of the most tasty sandwiches in downtown NYC. At least as far as I’m concerned.

3. The Go-to – The Dennis at Parisi Bakery (Little Italy) 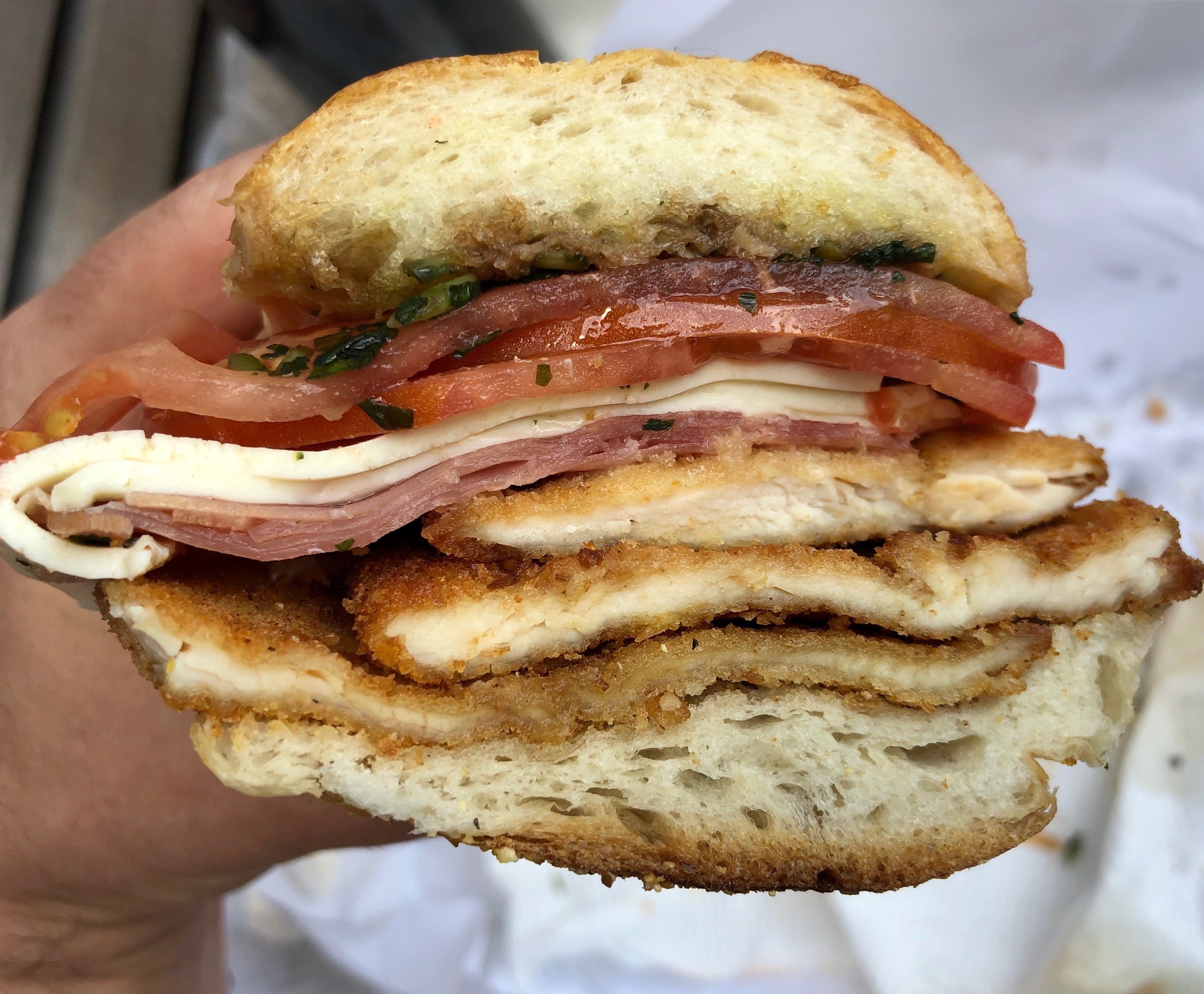 There isn’t much to say about Parisi Bakery other than once you know, you know. It’s a Little Italy staple, family run for over 100 years. And what they lack in look they make up for with serious authenticity. There are many sandwich options but the most popular choice, for many the only one, is the Dennis. 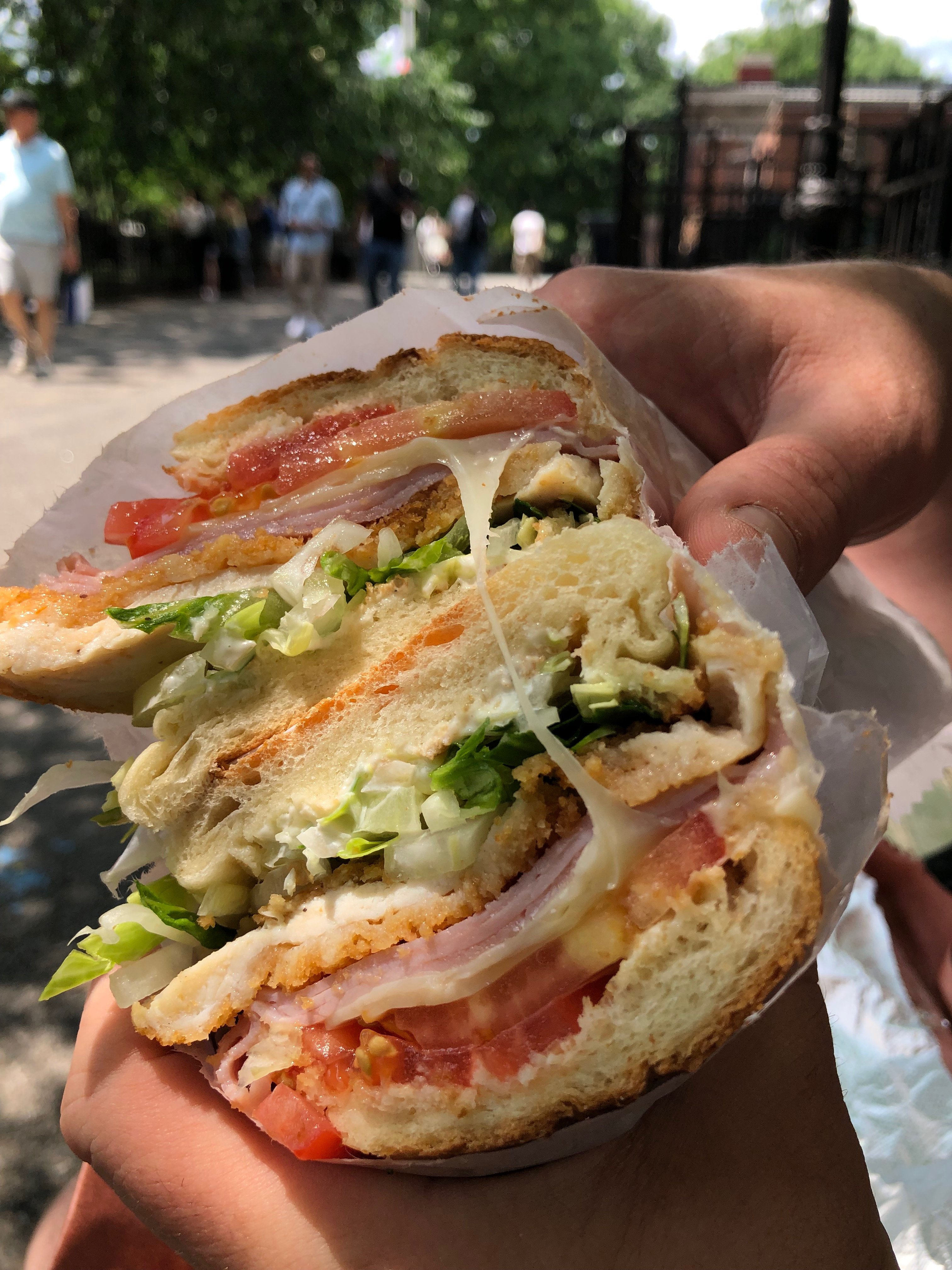 From the outside, the Lower East side deli looks like any other corner bodega. Except it’s much, more. Because this one has a secret. While it is your standard city deli, it’s also a famous sandwich emporium with endless and interesting options. 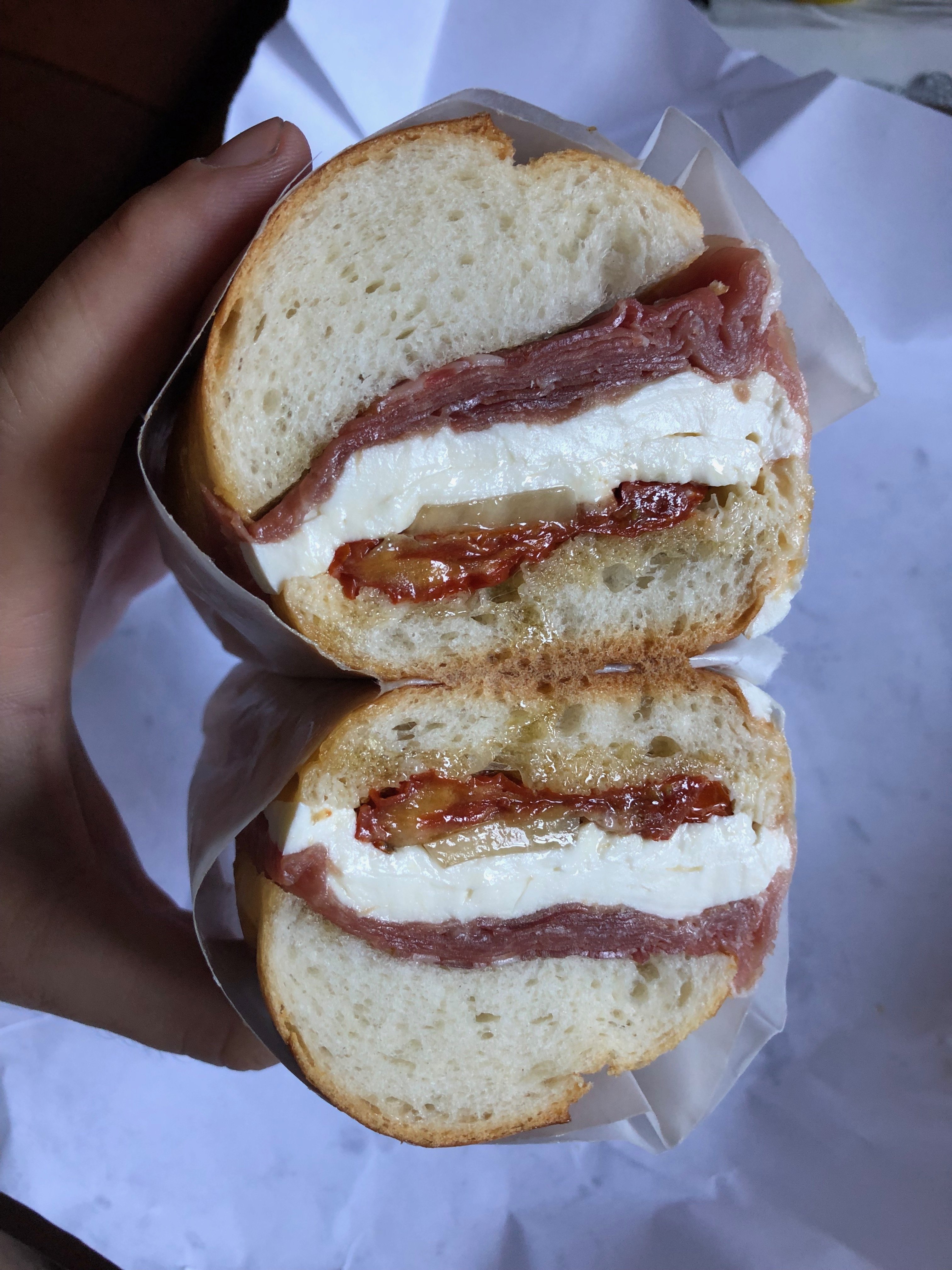 You might not know the tiny storefront, located next to famous Veniero’s bakery. But Russos, an Italian deli and sandwich shop, in the East Village since 1908 is a New York gem. It’s one of the best spots in the city for freshly made, and flavorful sandwiches.

Also, in addition to a menu of ten offered sandwiches, you can design your own. The above is the aptly named, First Avenue. 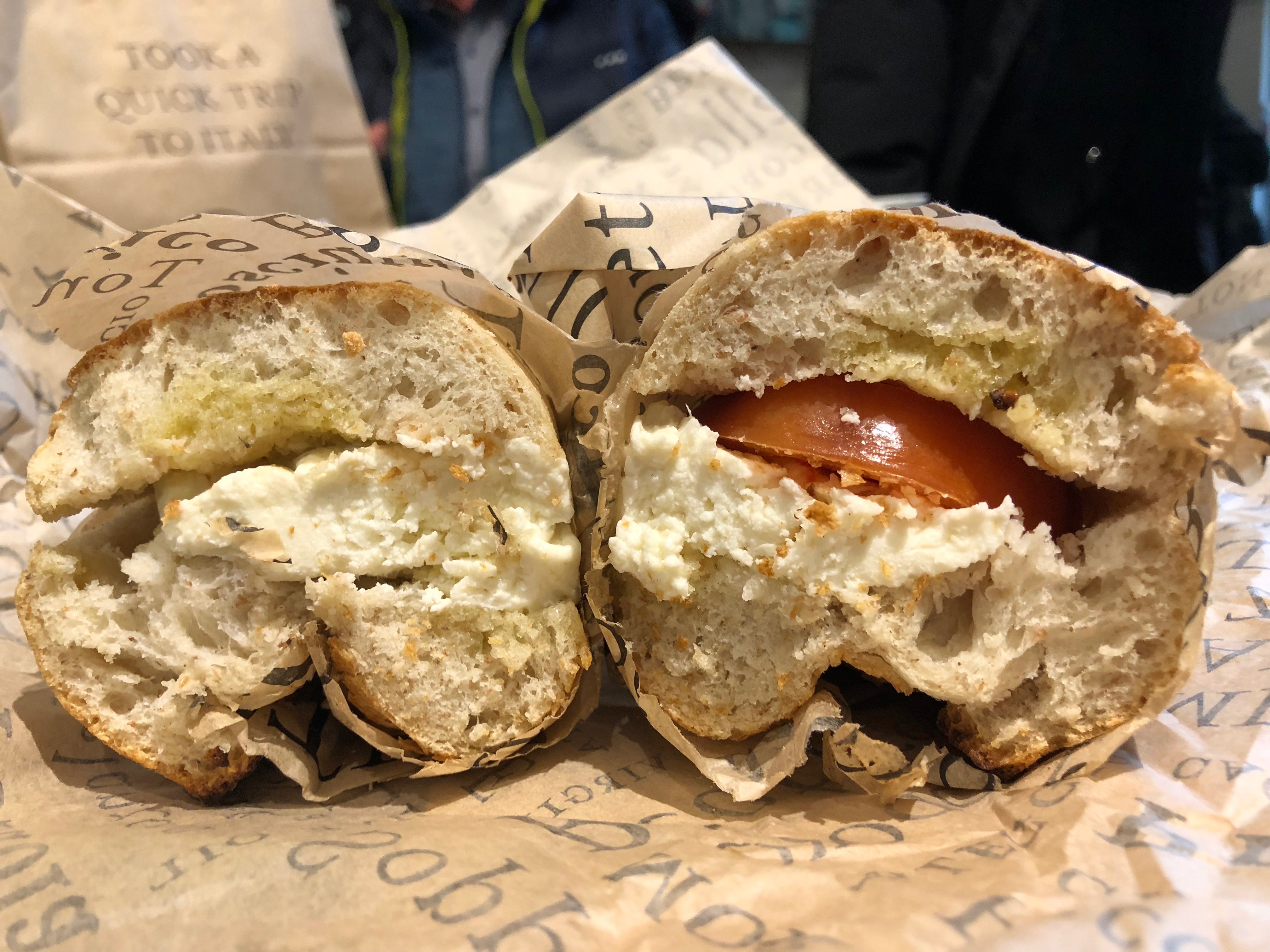 The Flat iron emporium houses fresh pasta and seafood counters, sandwich sections, and an Italian villa style rooftop restaurant. But it’s also a great place to just stop and stand. So grab a sandwich, sit at the counter and do some people watching.