5 Reasons you Should be Watching Scream Queens

One of the most well written shows right now isn’t on HBO, and it’ll most likely not be a leader on the Emmy board come September. But Scream Queens, on Fox, is without a doubt, one of the freshest and most uniquely entertaining hours you can spend on TV right now. The show, which can most generally be described as Clueless meets Heathers meets Scream stars a bevy of young, leading ladies led by the highly effective Emma Roberts. They’re surrounded by consistenly witty banter from security turned sorority girl Niecy Nash, Jaime Lee Curtis, and a few other key players that involve a sadistic, yet hilarious fraternity playboy.

In case you haven’t discovered this gem yet, you still have time! There are four episodes left of one of the sharpest, funniest, and most stylish shows on television now. Whether you’re already an engrossed fan taking bets on the true identities of the Red Devils, or a newbie yet to check it out, here are 5 reasons why you should watch Scream Queens every Tuesday, for the next month.

1. Emma Roberts. Having surprised everyone with her snarky, star performance in Scream 4, Roberts already had plenty of experience with clever horror genres and witty dialogue. That experience would prove not just handy, but perhaps essential in her ability to nail the lead role of sorority queen and head bitch in charge, Chanel Oberlin. Chanel is a spoiled, rich sorority queen who orders around her matching mignons, all while nonchalantly burning off the face of the house cook, and throwing away Diptique candles after one use. (A point later used to get one of the sorority sisters, a candle blogger, to turn on her leader). Impeccably dressed, and consistently sharp, Chanel delivers lines with the dryness of Tina Fey, wrapped around the jerkiness of Regina George, with, somehow, the slight likeability of Cher Horowitz. Although any real person like this would be deplorable, she’s certainly fun to watch. Last week she even showed us a slight weakness when helping and sticking with Grace as they fought for their lives. No actor wants to be typecast, but I tend to think Emma Roberts has found her forte. 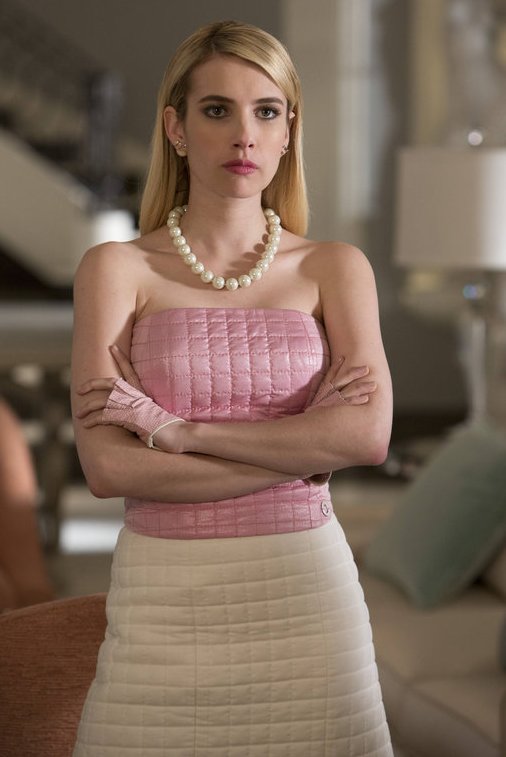 2. It’s hilarious. The diaologue is fast, and sharp through the entire 60 minutes with pop culture references reminiscent of Kevin Williamson’s Scream script, and banter that could rival 30 Rock. Roberts gives almost every female on screen a pretty intense tongue lashing, with the exception of characters Zayday and Dean Munsch who somehow hold their own against the salty, sorority queen.

3. The Style. The Red Devils aren’t the only thing on the Fox show that’s killer. The style on Scream Queens could easily be considered one of the main characters on the show. Feeling very Clueless inspired, (Chanel #1 ‘s closet almost makes Cher’s classic rotating one look like childs play), much of the fashion includes luxury labels unobtainable to most. And yet, it’s all portrayed in a fun, sleek way that still makes it fun to covet. Queen Bee Emma Roberts is the designer queen of the bunch, wearing labels most of us can only envy via Instagram, though not exactly realistic of any real college girl. Reminscent of another female driven show that defined style, each ‘scream queen’ has their own unique look which distinguishes them from the other, including a winter accessory that never gets removed. 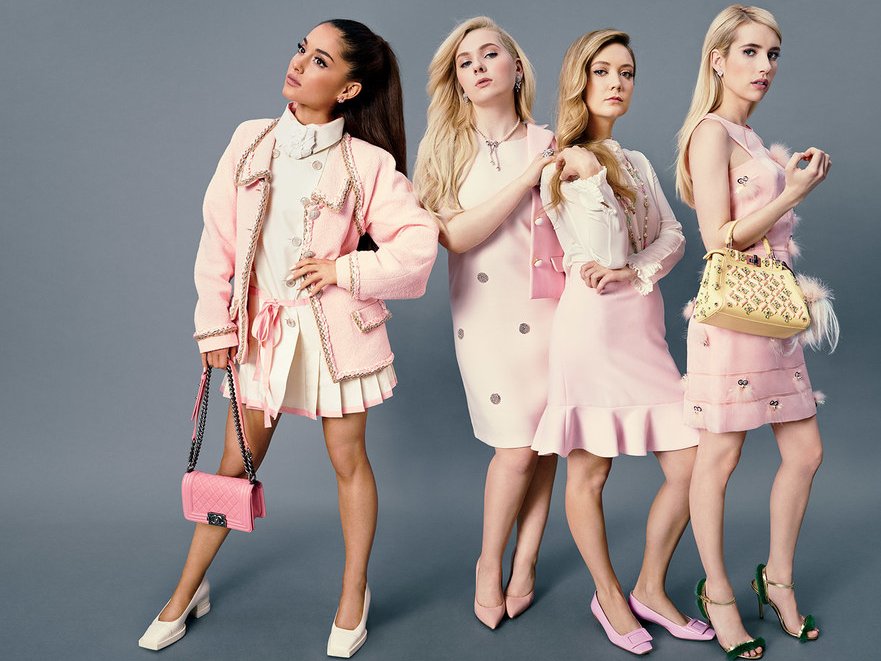 4. It’s fun for horror fans.  There aren’t many shows on tv that quelch the horror buff’s desires, and while Scream Queens isn’t exactly gory or scary, it does have some jump out of your seat moments. Of course, many of the horror filled moments are also filled with antics so over the top, they’re hilarious. (For one, a frat boy who loses both his arms to the red devil before continuing to pledge the frat with his brothers.) But at this University, there isn’t too much to take seriously. On the other hand, there are several big mysteries to solve here, and they keep our attention week to week. The main mystery, which unfolds in a bathtub in the first episode twenty years prior, is the story arch carried throughout each episode as we try to determine who the red devil is, and just how they are linked to that bathtub. Wanna know more? You’ll have to watch….

5. Oliver Hudson doesn’t play the typical good guy character. Somewhere along the way, cute, lovable Oliver Hudson gained a persona as the good guy, largely in part due to his role as dorky sweetheart Adam Rhodes on the long running Rules of Engagement. His charm has always been undeniable, and yet, he has seemed capapble of so much more, if only given the chance and the role. Scream Queens certainly gets closer than ever before. While his is certainly not the standout role, its fun to watch him tease fans with brooding faces, and long stares into the mirror. In fact, he may even be the one of the red devils. Maybe not, but theres no doubt he has secrets, and with four epsidoes left, we’re sure to find out some more of them. 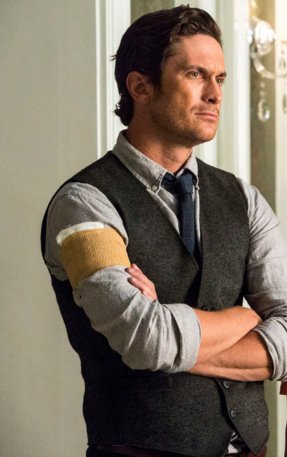