In case you live under a rock, you heard that the Balmain H&M collaboration launched, almost immediately causing inflation on resale sites, and mass hysteria and panic across the land. Almost instantly, it sold out, and was up on Ebay, marked up to 10x the price in some cases. In the old days, a designer luxury meets lower end collaboration began as civilized and became chaos. But those days are long gone. Shopping collaborations now begin with the chaos, and the Balmain H&M line seems to have hit a heightened frenzy. There was once a time when I too, rejoiced in the unveiling of such a line. Shortly after that Target shopping trip where I emerged with two bags of Philip Lim 3.1 mostly unscathed, I began to change my perception of this so-called phenomenon.

By the time of the arrival of the latest H&M hype, my opinion had completely changed. And while some of us just have that desire for style in our blood, there started to emerge yet again, a distinction between style, and fashion, or rather, fast fashion. There have long been many opinions on what it is that distinguises the two, and while the collabs do put so-called designer labels into the hands of those who typically couldn’t afford them, there are not many other redeeming qualities. At Style Island we know how important that aforementioned distinction is; we even named ourselves after it! In case you need more convicing here are 5 reasons to not get overly excited about Balmain H&M or any designer collaboration. 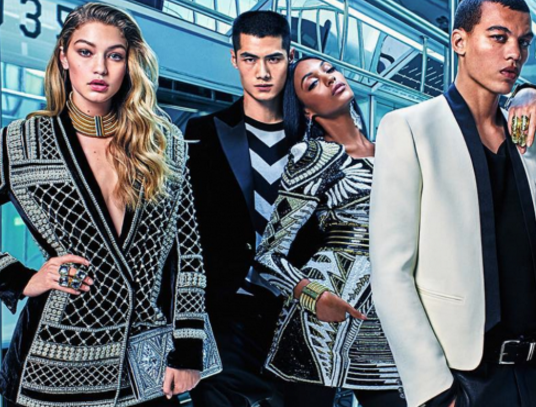 1. It’s not high quality. No matter which way you spin it, ultimately you’re not buying Balmain, you’re buying H&M. And while some may say it makes designer labels accessible to a whole realm of people otherwise not able to afford it, it also brings up another question; what is the difference between a trend and a style. And does owning a piece of Balmain H&M make you stylish simply in itself?

2. The collab and the item will eventually lose its cache. While the prices on Ebay are skyrocketing, eventually the value of these items will go down, and probably rather quickly. Although owning true luxury pieces can certainly be explained by the ‘I’ll have it forever’ rationale, you can’t necessarily make that claim on these pieces. As much I do love shopping H&M, it’s where you go for fun, fast fashion, not long term staple pieces. And for these prices, you should certainly have it forever, dont you think.

3. It is NOT worth your sanity or stress. The stress which will 100% ensue the day of the event, based on the insanity that takes place.  These things are intense, I know from experience. If you’re not convinced, watch the below and ask yourself if a beaded dress you’re going to wear maybe twice is worth your potential crushing. And if you are under 5 ‘3, beware. You will be one of the successful shoppers, but you are also most likely to go down first.

4. It’s harder to resell than you think. You can google and find plenty of articles telling you how great the resale value of this, and other designer collaborations can be, but the truth is, it’s harder to make a profit than you think. The collection is basically sold out on H&M’s site, and listings on Ebay are currently going in the thousands. Not only that, but there are hundreds of them, so lots of competition. Among those hundreds of listings currently on Ebay, very few actually have bids on them. 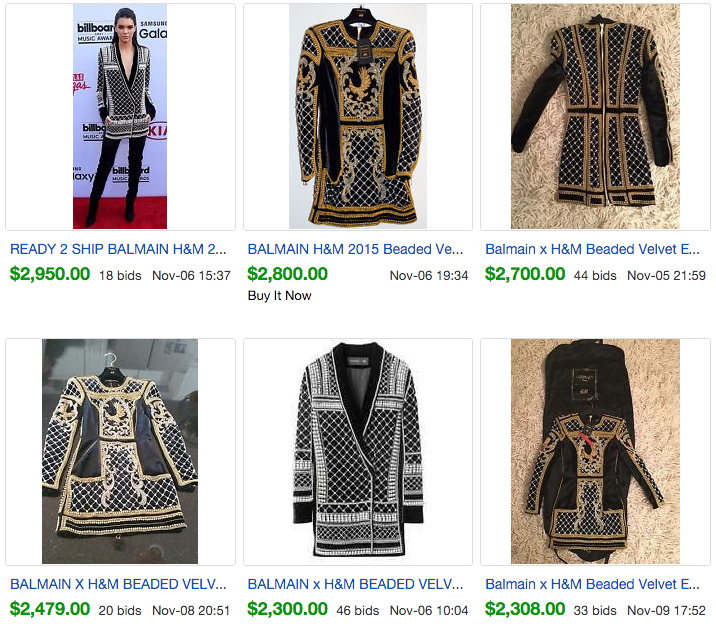 5. Stick with staples, tred lightly with trends. Collaborations are fun, and no one can deny the ‘of the moment’ trend appeal many of them have. But at the end of the day, something that seems so covetable right that now you’ve convinced yourself you have to have it, will not be as exciting to you six months from now. Instead, double down on that Ebay investment, or return the item you managed to scoop up, and invest in a real piece of designer style.

If you refuse to listen to anything I have to say, and just want freakin Balmain H&M in your closet, Racked is telling you where to look.