People know lots of Sam Rockwell movies. As he himself mentioned in his SNL monologue, he’s ‘that other guy in that movie’ you like. Remember the charismatic villain from Charlie’s Angels? Yup, that was him. But mostly, everyone has slept on Sam Rockwell. Not me though. I’ve been in love with him since feverishly scribbling quotes in my notebook from the 1998 indie film Lawn Dogs. Now that he seems to finally be getting some real recognition, at least in award form, (he just won the golden globe for best actor in a comedy), something tells me a lot more people are going to be talking about the allure of Sam too. But don’t expect to see Rockwell starring in the next Marvel movie either. (At least, I hope not.) In the past, his most interesting roles haven’t been in huge blockbusters (also the reason he’s not a ubiquitous name) but in more thoughtful, off the beaten path films. Now that Three Billboards is turning out to be a mega hit, (though a somewhat divisive one) Rockwell’s more in the spotlight than ever before. To further catapult him into people’s homes, the actor hosted SNL this Saturday for the first time. But before you see all that, go back to the beginning and journey through some of the most underrated Sam Rockwell movies you maybe haven’t seen. It’s sure to be an entertaining ride. 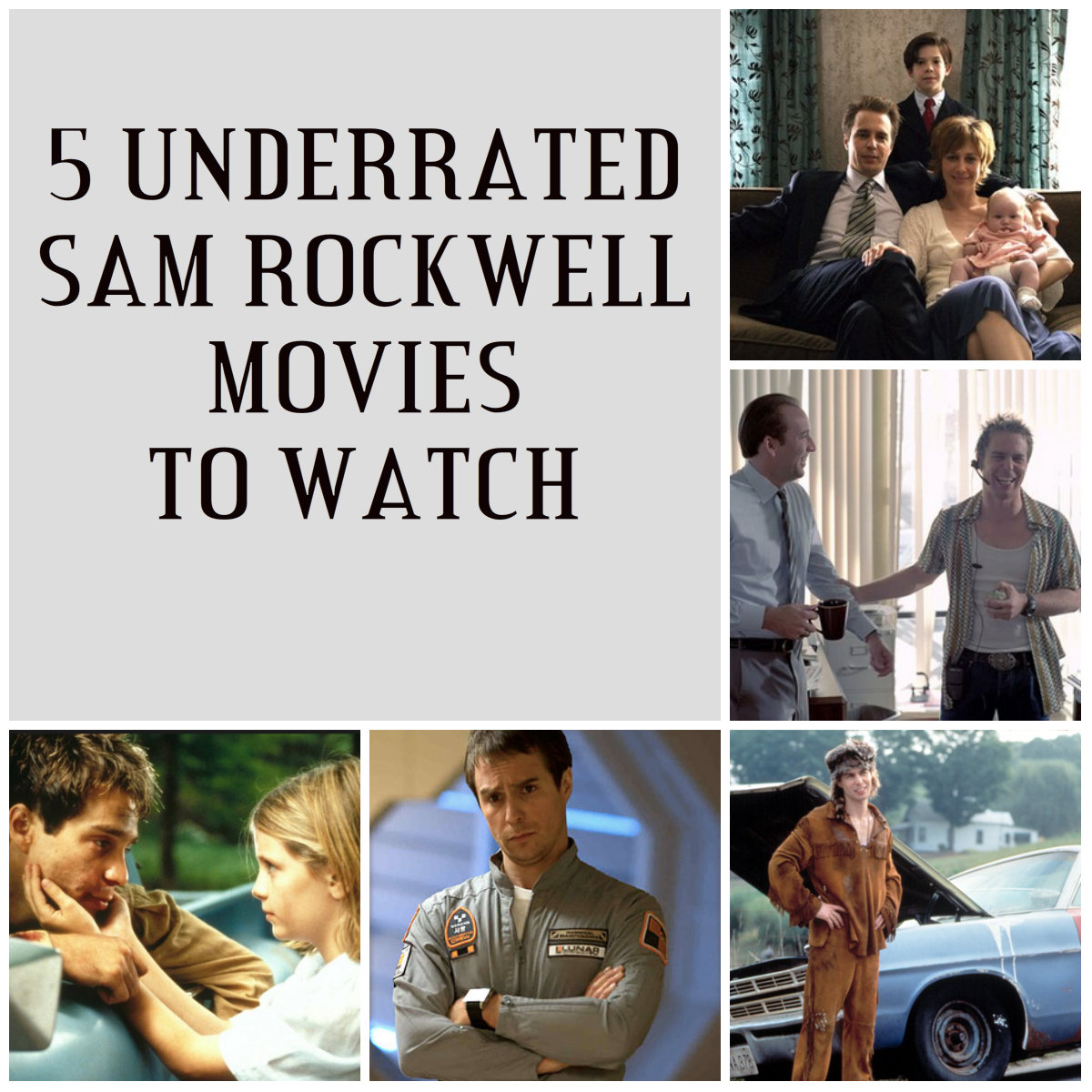 1. Lawn Dogs. This small, quirky movie about a heartwarming, if unconventional relationship between a lawnmower and a young girl sounds quite relevant, and controversial in today’s current climate. However, the nuanced performances from Sam Rockwell and a very young, terrific Mischa Barton prove that not every relationship of that type is bad. In fact, in the case of Lawn Dogs, it’s pretty poignant.

2. Moon. Part 2001: A Space Odyssey, and part Alien, the 2009 Sci-fi film stars Sam Rockwell in a mostly solo role. Only second to computer, GERTY. Funny enough, the voice of Kevin Spacey. This film may not be a classic, but it’s definitely worth a watch. And at almost a decade old, it showcases what some already knew; Sam Rockwell is a terrific actor.

3. Matchstick Men. Rockwell stars in the Ridley Scott drama as a con man learning the ropes opposite Nicolas Cage. It’s an underrated film featuring fast talking and quick banter; two of my very favorite things. Also a trait that many Sam Rockwell movies seem to possess.

4. Joshua. As far as thrillers go, this won’t be making any top ten lists. But what Joshua lacks in certain areas it makes up for with its actors performances. In this case Sam Rockwell and Vera Farmiga as parents who bring home a new baby daughter to their son, and begin to deal with the consequences. Watch it on Amazon here.

5. Box of Moonlight. There’s no way of completely knowing what kind of Sam Rockwell movies are going to come our way after the mainstream success of Three Billboards. But, if you’re craving some small, indie flicks, another to add to the roster is Box of Moonlight. In the same vein of Lawn Dogs, it’s super quirky, very independent, but also, unique. If you love movies, I highly recommend giving it a chance.