In my house growing up, awards season was a big deal. We’d congregate in my mom’s room; our hands filled with snacks and ballots. We’d turn on E! channel and watch Joan and Melissa skewer each star’s style, remaining clueless about every red carpet attendee. Being snarky and discussing everyone’s style was always one of my favorite things to do with my mom. Today, I run my own household of two, (me and hubby to be), and though my current roommate doesn’t have the zeal of my prior awards show partner in crime, the red carpet still reigns supreme. So last night’s 68th Emmy awards was no exception. Watching and commenting isn’t the same as it used to, but then again, the shows aren’t either. Jimmy Kimmel was a great host and the Emmys did have some special moments, including lots of surprising, meaningful wins. But, overall, the show was a bit lackluster. Even host Kimmel poked fun at the length, and periodical boredom. That being said, the 68th Emmy Awards did shine in some of those smaller, special moments.

1. The Stranger Things Kids. After Jimmy Kimmel announced that his mom had hand-made over 7000 peanut butter and jelly sandwiches for the hungry stars, the pint size cast of  Stranger Things biked around the auditorium handing them out. We also learned that the cool kids performed an adorable Uptown Funk dance party before the show, which sadly was not aired. Luckily some excited guests posted the video for all the world to see.

2. Leslie Jones. When Leslie came out for the accountants segment, she single-handedly made the most boring part of any awards show one of the funniest. “I just wanted to feel beautiful”, she yelled at the audience, referring to the recent controversy around her hacked twitter account. It was only a few minutes, but definitely one of the most successful, humorous moments of the show. 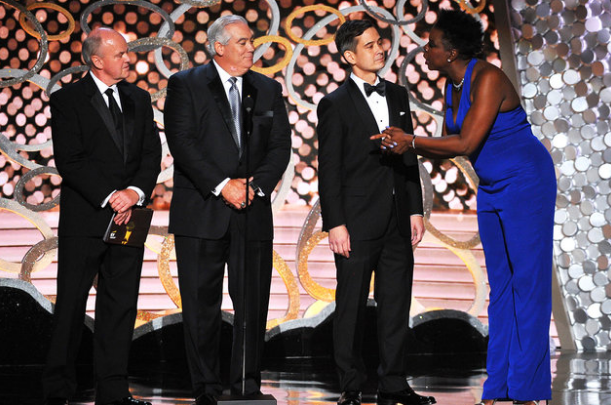 3.Lots of Dad love. Sterling K. Brown, who rightly won for The People Vs. OJ was among many Emmy winners to sweetly single out dad, ending his speech with ‘I love you daddy’. The unstoppable Julia Louis Dreyfus, who won again for Veep also gave a loving honor to her father, who she admitted has just passed away. 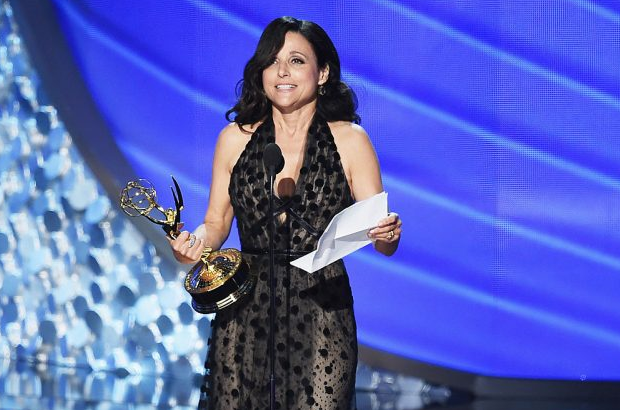 4. Sara Paulson. Not only has she never looked more gorgeous (definitely my best dressed of the night), but her win for Marcia Clark in The People Vs. OJ Simpson produced a monumental moment as the actress apologized to Clark on behalf of ‘everyone’ for misjudging her and her role in the history. A glassy eyed Clark proudly watched on, and regardless of your opinion, there was no denying the sentimental moment. 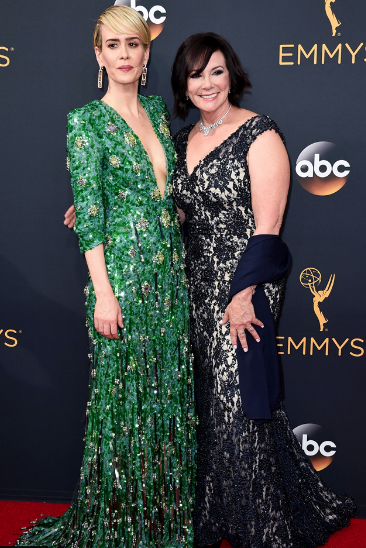 5. Exciting, personal wins. There seemed to be more sentiment, and more acknowledged talent than usual at this year’s 68th Emmy awards. Accepting the win for best comedy series, Veep producer David Mandel said the award was dedicated to all the chubby, Upper West side Jews, prompting an excited response from fellow Upper West sider Jessica Seinfeld. When Patton Oswald won for his Netflix special he gave a subtle, touching tribute to his wife, who passed away earlier this year. Other touching, winning moments came from Transparent director Jill Soloway, who ended her speech with the now trending urgency to, ‘topple the patriarchy‘. Lastly, while he wasn’t there to accept, Ben Mendelsohn’s win for Bloodline was not just exciting, but extremely satisfying. 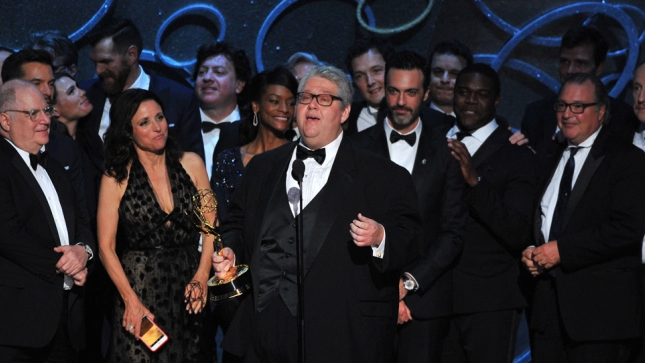