Your response to the question about what it takes to produce a Hollywood film might be a funny quip about thick skin or rich friends. The truth is much more complicated than that because of the management abilities required for the number of people working on the production. Also the diversity of skills of complex problems that often come up during the film. Using the highest and newest tech available may make some of the tasks easier, but it can also cause difficulties for problem-solving when issues arise. Here is what some of a Hollywood film production entails.

A few things to start thinking about if you want to produce a Hollywood film: 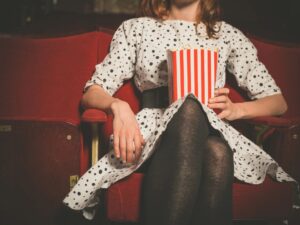 The project begins with an idea that is turned into a script in pre-production. Producers like Pixel’s Heather Parry locate investors, hire a casting crew, and find a production manager to begin detailed schedules and budget restraints. Off-site locations are also scouted and stunt people found. Then the idea is pitched to a big studio if it qualifies for that kind of financial attention.

The frenzy begins once production starts. Budgets are amended, casting calls begin, costumes are created, and shooting schedules are set up and changed. While it sounds simple, this phase of the film’s production can be complicated and take anywhere from several months to over a year. Even more complications arise for a movie that depends on seasonal locations.

Shooting starts, stalls, and begins again during this phase of the process of creating a film. While production is a short period of time, it’s also a stressful one. The film producer tries to manage the director, writer, and line manager. Anything can happen, like stunts going bad, scenes that need to be reshot, or uncooperative weather. Because this is the most expensive phase of the film’s creation, longer completion times make everything more costly. Budget overruns are common during this process, and working days can last for between 12 and 18 hours – which can contribute to the high stress and tempers.

As with all creative endeavors, knowing you want to produce a Hollywood film and beginning the project is thrilling. From cast to crew to producer, there are hundreds of people involved in the creation of a movie. Each is an integral part of the enormous movie making experience.